Obstruction Pass – sounds so ominous, right? We avoided this scary sounding stretch of water last year by taking it’s sister to the south; Peavine Pass. The only difference between the two is that Peavine is straight while Obstruction has a bend. Both still have strong currents at times, but with just a little bit of planning those can be mitigated. So in our year of searching for new adventures, we took the scary sounding way, which proved quite tame and ‘meh’. 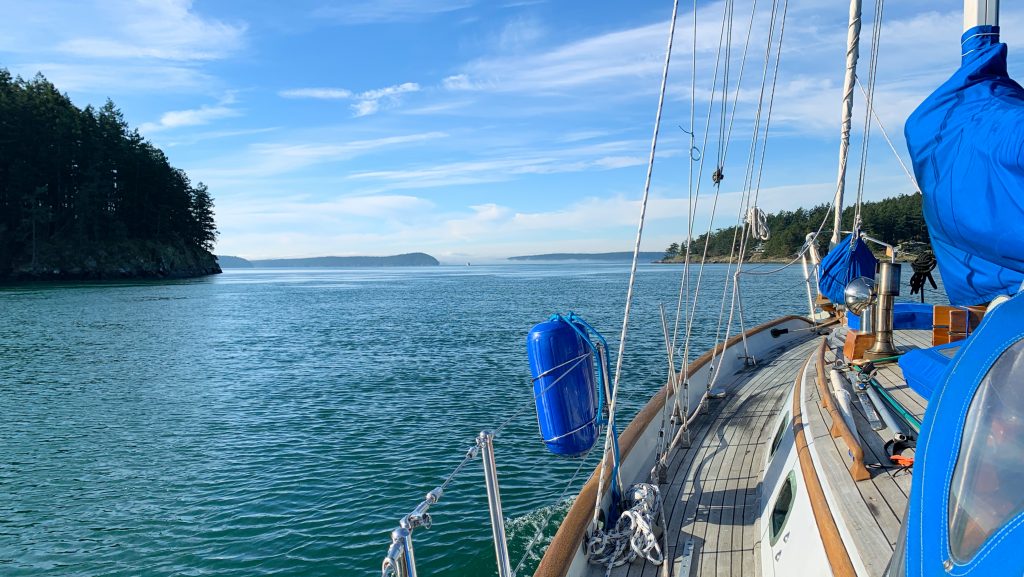 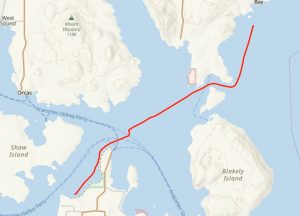 We shot out the other side at speed – thanks to that current – heading south-west crossing a body of water with views of five of the San Juan’s at once; Orcas, Shaw, Blakely, Lopez, and Decatur. The sky above and behind were clear and the waters calm. There was no wind for us this morning so motoring was the way it was going to be. Our target would be the west side of Lopez Island. With a lack of wind comes the possibility of fog and Lopez had the monopoly on the fog this day, all funneling through Upright Channel that separates Lopez and Shaw islands. No worries, we have all we need to sail in the fog, but it was made a tad more exciting thanks to the location; a heavily trafficked intersection for all the ferries and fishing vessels. I just did my best to hold course while staying out of all the big-boy’s way. 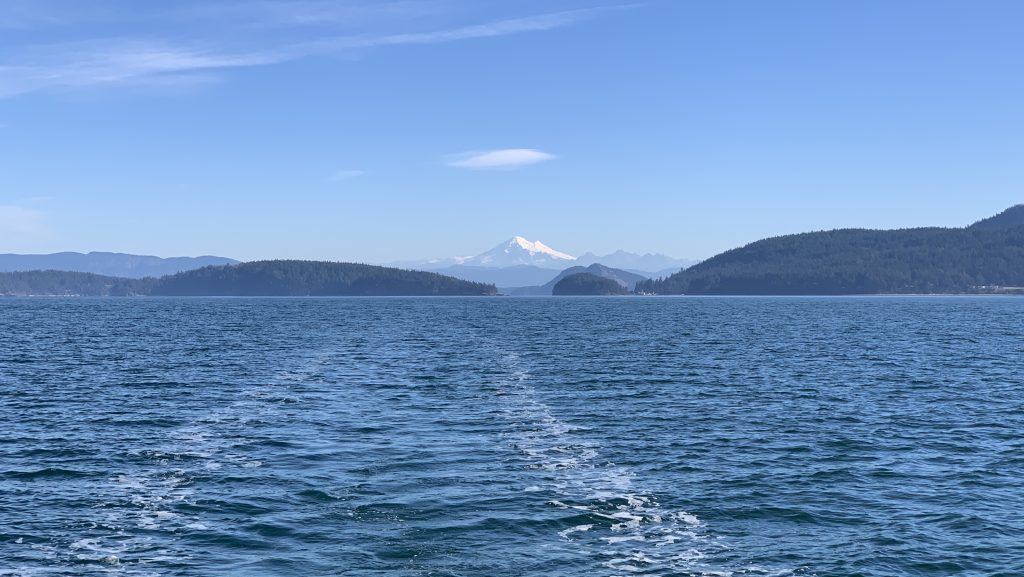 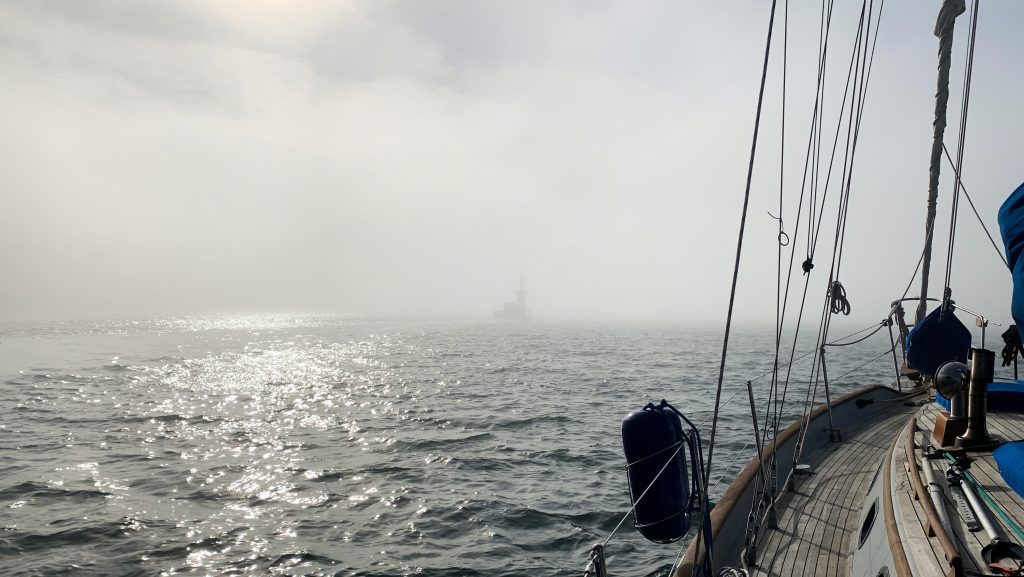 Our anchorage was just around the corner at Flat Point. The open-faced anchorage would protect us from the south-easterly winds coming, but not much else. Ferry and other commercial boat traffic was common, so there was a bit of a roll every few minutes, but Meriwether handles boat wakes pretty well with her heavy keel. A nearby county park convinced us to dinghy over for a hike and fungi hunt, but otherwise the whole of the shore was private so we stayed onboard and began our work week. 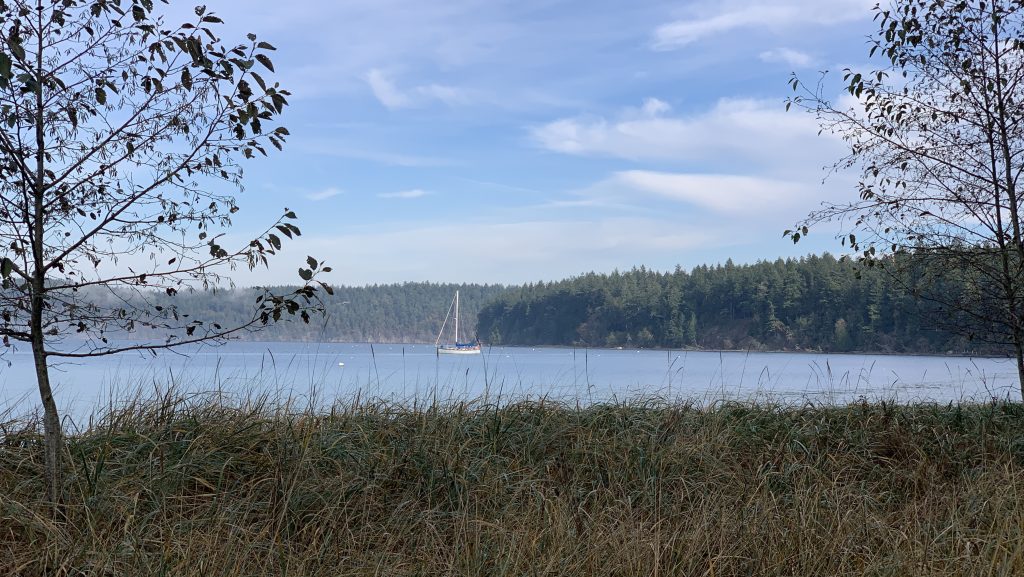 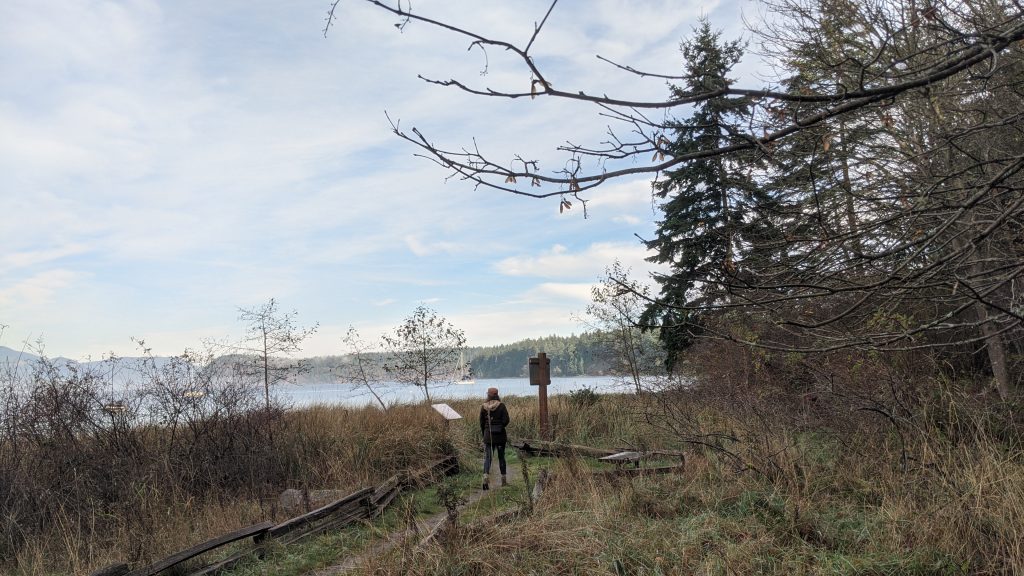 Since the beginning of fall the wind and weather has become more and more hostile to our being on the water. It hasn’t completely turned against us, but small craft advisories are now the norm. Gale force storms have encroached into our lives each of the last few weeks, and this week would be no different. Another gale would split up the week and push us back into a marina for safety. The closest safe zone was that of Friday Harbor again. They didn’t seemed surprised to see us even though we were one of only a few occupying space on the guest dock this time of the year. We took the opportunity to stock up on more firewood, groceries, and get in another load of laundry and our weekly showers. A couple days later the storm – which we were extremely happy we chose to retreat from, it was a big-un – had passed and we got right back on the water.

Right back where we came from, directly across the channel from Flat Point, is Indian Cove. With winds scheduled from the north-west that night, we tucked ourselves into Indian for the afternoon hiking in the nearby park before an epic pre-storm sunset put an end to it all. 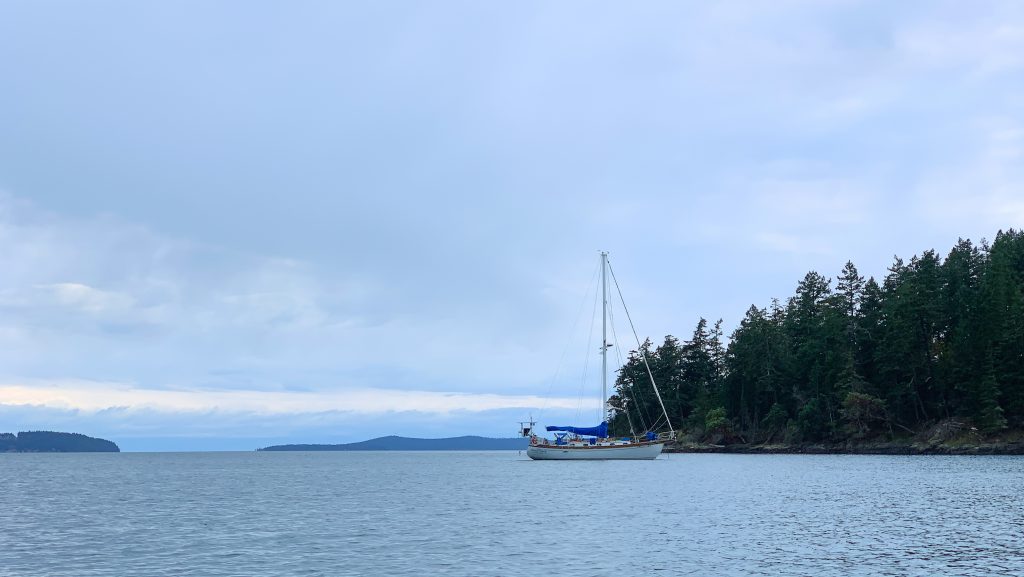 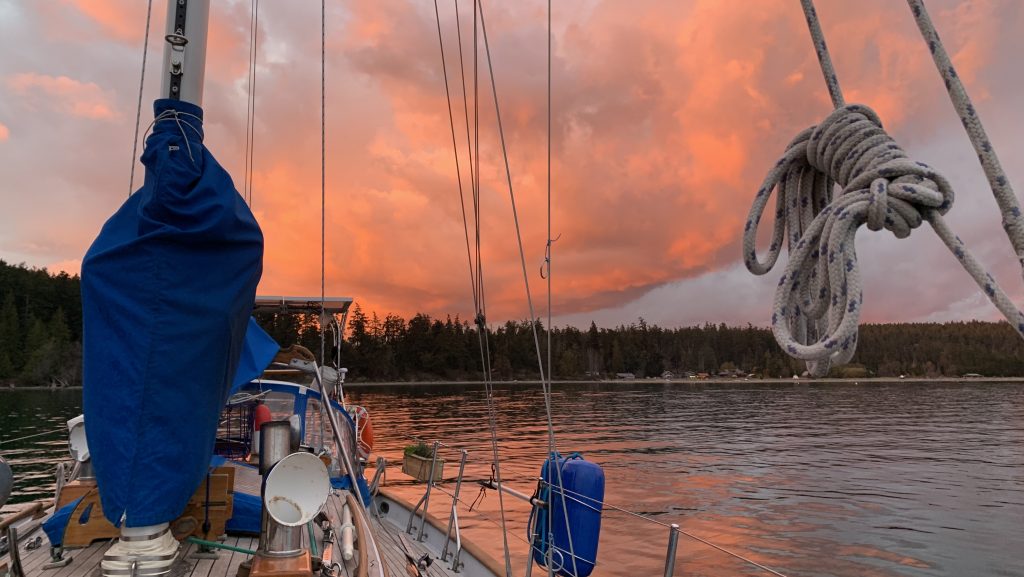