We did not follow through with our plans to cross the San Juan de Fuca Strait. Instead, we chose to turn tail and run North to avoid a bad blow coming in the following days. The anchorage we were in was going to take a beating from the south-easterly wind direction, and no other suitable anchorage awaited us nearby. A day of down wind sailing would get us to the northern islands of the San Juan’s where we had a couple options; specifically Matia Island State Marine Park, where we were unable to stop at when Moose was with us (no dogs allowed). 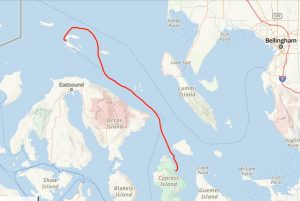 The majority of the sail was smooth and peaceful, but in the final few miles we started getting large gusts of wind from behind. Kerri at the helm, she accepted the challenge with a grin, easily dealing with the huge power that comes with each gust of wind. The 20+ knot winds were not scaring her anymore. In fact, we are getting much better at reading the wind on the water and knew when each of the gusts would hit our sails, immediately boosting Meriwether’s speed for a few minutes each time. She was actually looking forward to each gust as it approached in the water, readily awaiting the added speeds. 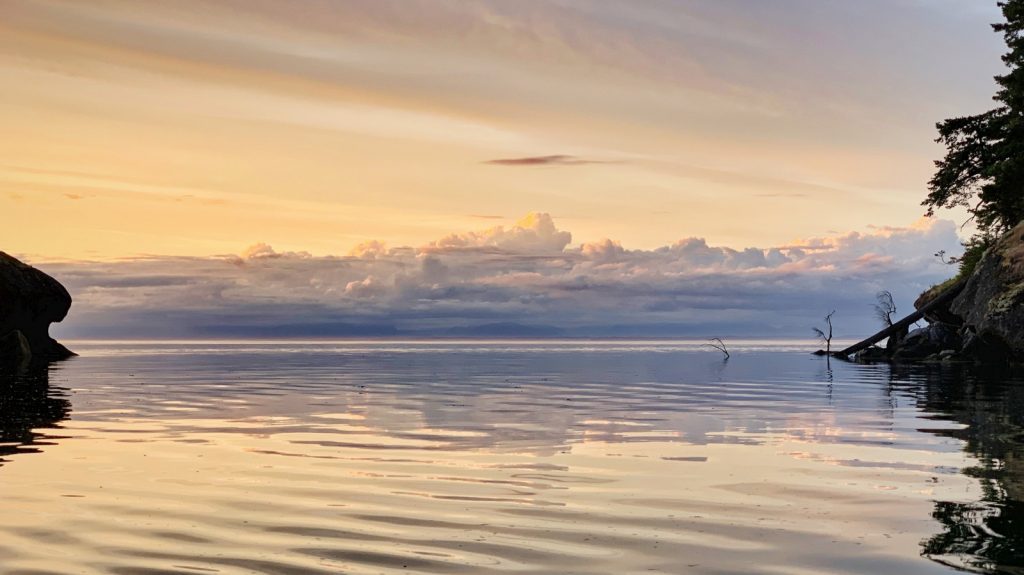 Unfortunately, after 20 miles of sailing, the small anchorage at Matia proved to be full. The anchorage comprised of only two mooring balls and a dock – and we don’t like docks. We motored on – the wind having just died off – to the next island – Sucia Island – which we have visited a few times in 2019. We arrived not long before sunset in Shallow Bay on the north side of the island. We dropped the dinghy and went ashore only to register for our few night stay on the mooring ball, and let the weather pass us by. After two nights, we tired of the poor internet there and decided to move to the other side of the island, with the option of Matia if the anchorage was open, as our route would allow us a view into the bay. Kerri continuing working in the cabin while I motored us – a first for us – around Sucia . At half distance I got my first view of the bay on Matia, and knew that was our next destination. 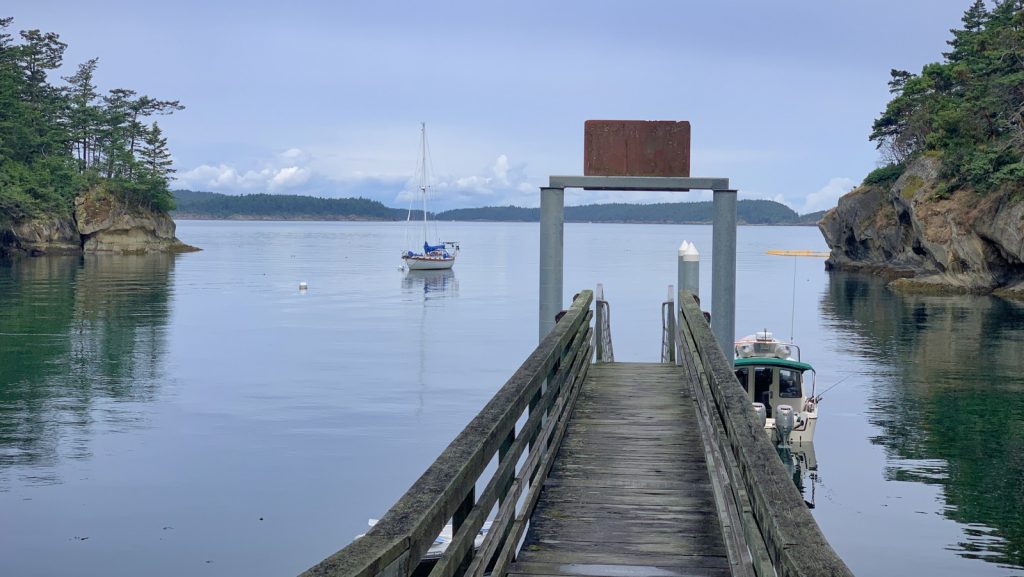 We arrived to an empty bay and selected the mooring ball furthest from the dock as we were uncertain about the depths close to shore. This proved to be unwarranted, as other boats larger than ours would use the dock in the coming days. Still, within a few hours the bay was full again, but we had the unobstructed view out the bay, looking back at Sucia Island and the sunset. We are getting better at this. After the work day and the obligatory happy hour, we dropped ourselves into the dinghy and went ashore to register again, and instantly fell for this little island. While the internet wasn’t all that much better, the scenery was. Because of the quite small bay, it was very intimate. The birds, which there we many, surrounded and sung for us. And other than the occasional motor boat speeding past, it was exceptionally peaceful. 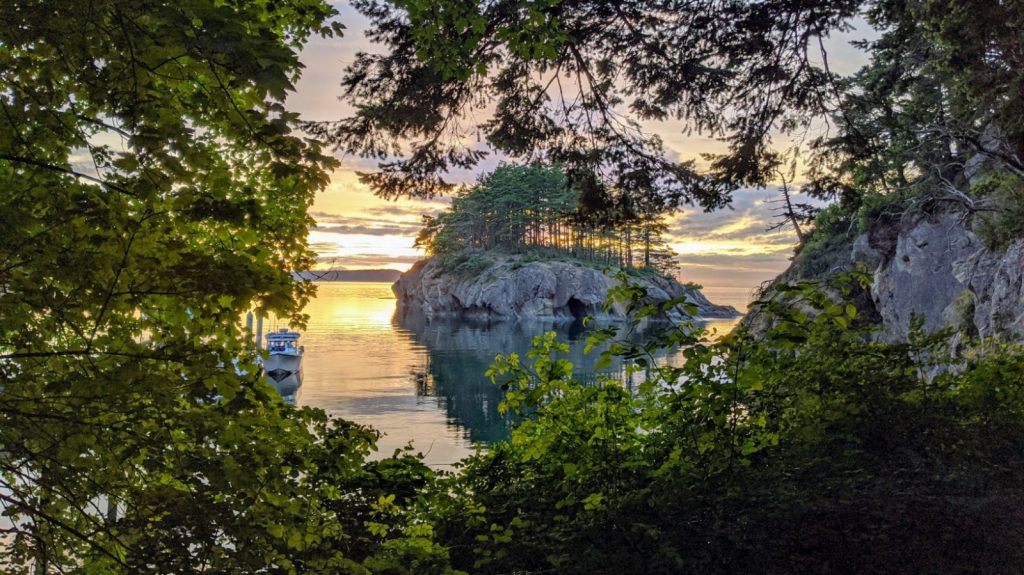 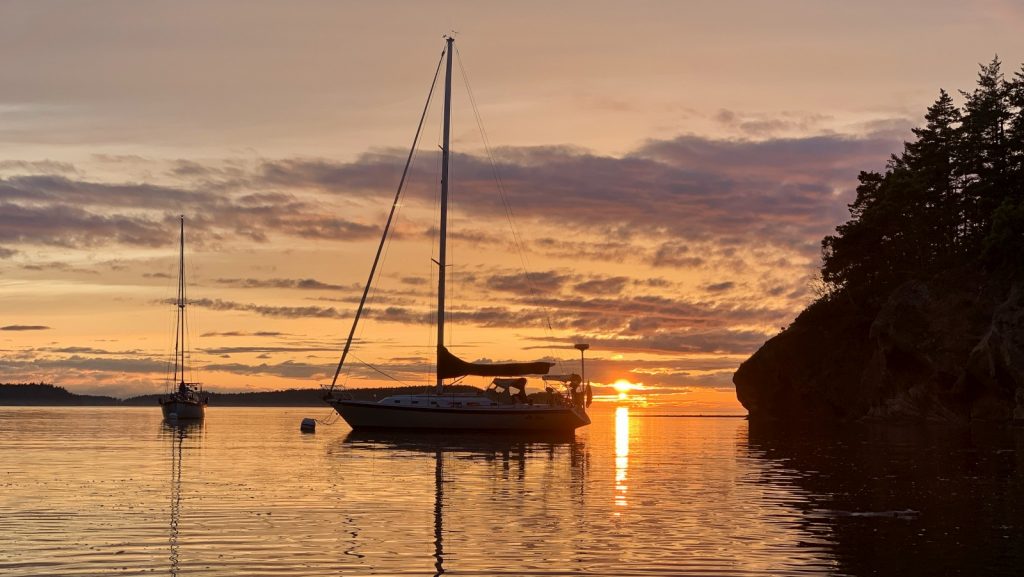 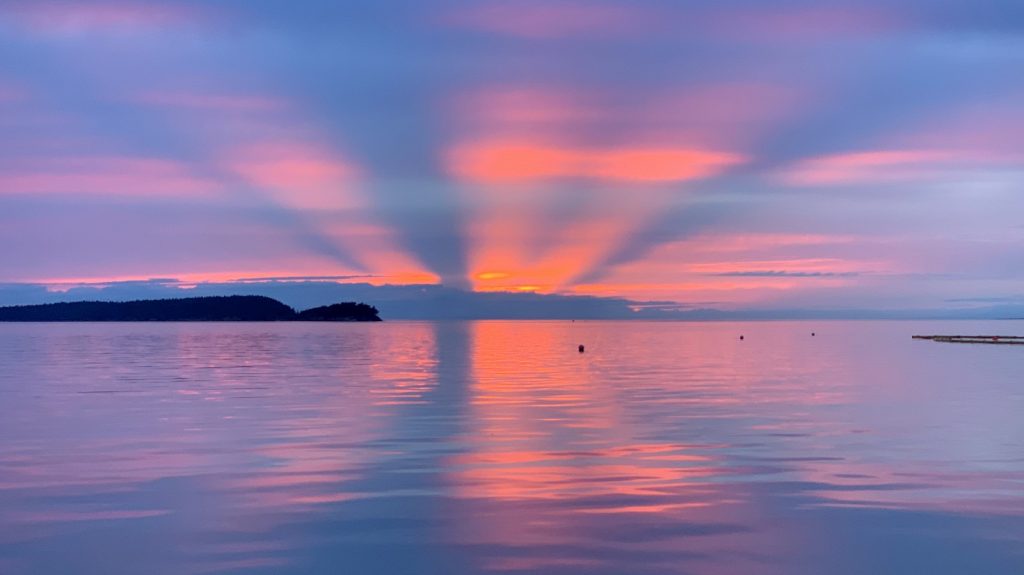 Finally, on Saturday morning we went back ashore to hike the 1 mile long loop trail, which brought us deep into the dense forest to the other side of the island before returning us back to the dock, our dinghy, and Meriwether. We still had a long sail ahead of us this day, so didn’t stick around any longer then needed for the quick hike. 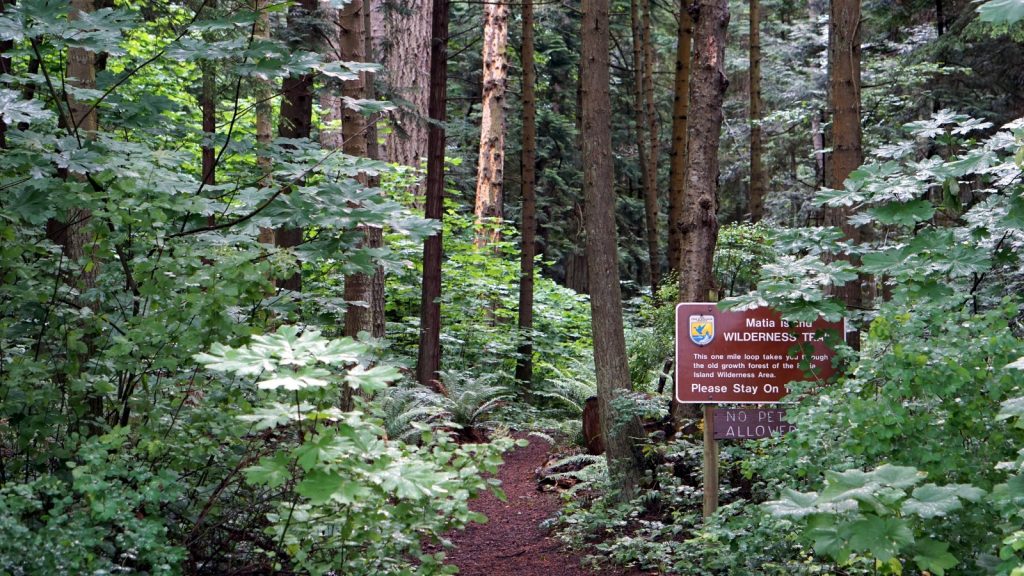 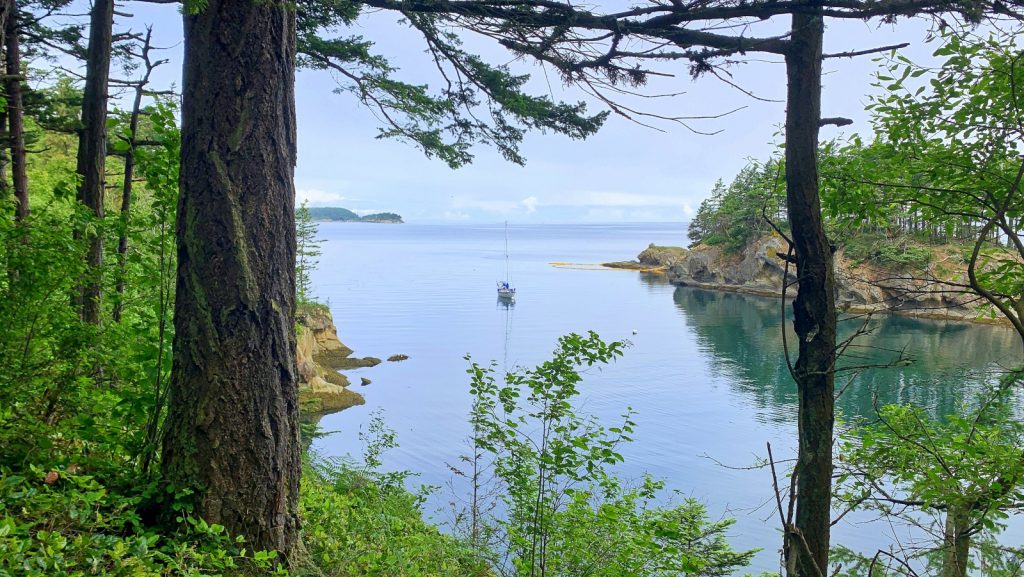