For our next sail, we decided to turn back to the South – not that we could go any further North from where we spent the past week anyway. The wind wasn’t going to be the most cooperative, still blowing from the south-ish for the foreseeable future, but we were determined to head that way anyway. On our chosen day to set off from Matia Island, the wind was scheduled to turn just enough to the West to give us a good beam-reach sail down to Anacortes where we planned to do a quick resupply of some perishables before continuing on the following day. 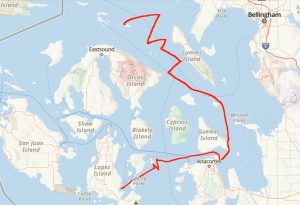 As is customary in the Puget Sound, the wind forecast was not accurate. Mild, but not from the direction it promised us. Instead it was coming from the exact direction we wanted to go, forcing us to beat upwind. Tacking is something we have a lot of experience at, so there was little going on other than monotony. After our fourth tack, the wind did start shifting a little in our favor, meaning we could head sorta-kinda in the direction we wanted to travel. A few more tacks and we were headed directly towards our destination. Finally, as we got close enough, we could see Anacortes in the distance. We could also see some of the boats ahead of us heeling over quite dramatically. Since we are proper experienced sailors now, we read the situation and planned our sails for heavier winds ahead with a single reef in the main. And within no time at all the wind was trying to topple Meriwether, but with Kerri at the helm, no toppling would occur this day. Instead, a brisk and exciting final hour of sailing took place, with no major drama other than dipping our cap-rail into the water once or twice, as we salty sailors do. Six and a half hours, and nearly 30 miles after leaving the island up north, we were anchored outside of Anacortes. 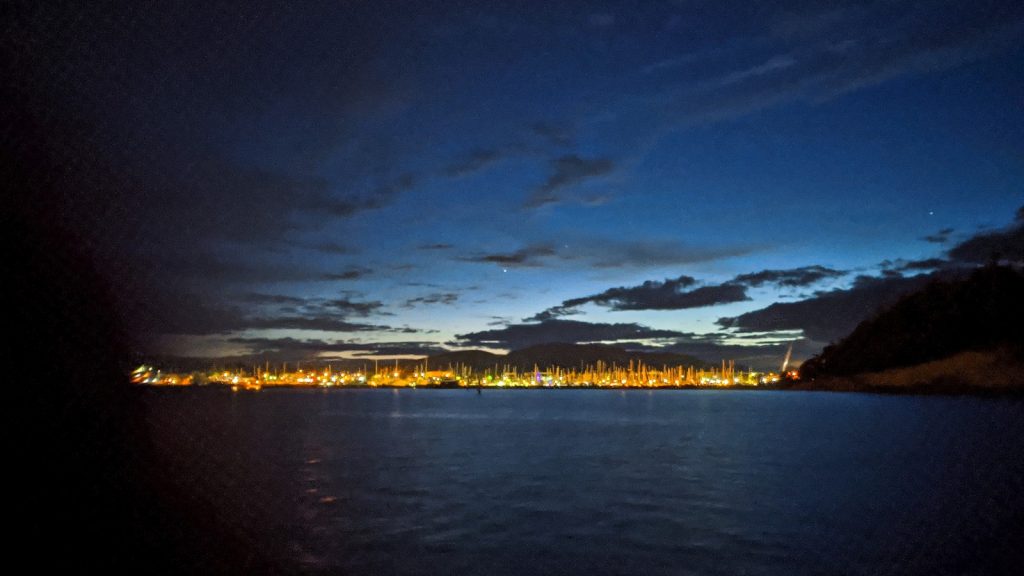 We have gotten quite good at failing to take a single photo while sailing. 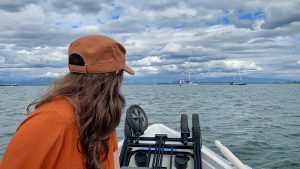 After an evening of rest – I always need some recoup time after a good sail – we set out with our trusty wagon to hit the marine store and grocery store to pickup supplies and food. Nothing much exciting took place during this sequence other than a much needed chicken taco meal at one of the food-shacks just outside the marina. Although, it was exciting to perform our first dinghy grocery run. We were not sure how much we could fit into our little, and still unnamed, dinghy but it all worked out nicely. Now we know that it can carry more than what we can carry in the wagon, also unnamed.

We spent another night at anchor outside of Anacortes just so we could hop back to shore that evening for a meal at our favorite place in town; Frida’s. It ins’t the best of anchorages with Meriwether getting a case of the rollies, mostly due to the fact that we anchored just outside the marina entrance, meaning we got the wake from every passing boat – which there are many. We set out the following day – after fighting off a seaweed sea monster attached to our anchor chain – to get to Hunter Bay, which is closer to the San Juan deFuca Straight for a crossing the following weekend. It rained most of the day and the wind would only tease us from time to time. While we did get more sailing time in than motoring time, we didn’t get to travel a large distance while under sail. It was frustrating, but just how it is here in the Sound. Finally, after another five hours in transit we found Hunter Bay and dropped the hook. This was a fine spot for the work week. Well protected from the forecast strong winds and an easy hop back out into the straight for the big sail next weekend. 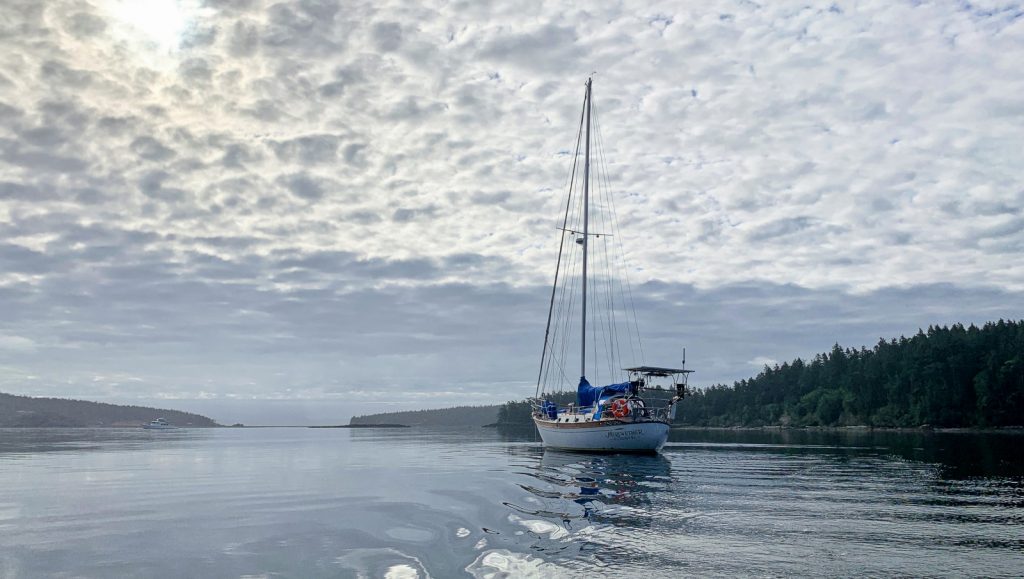 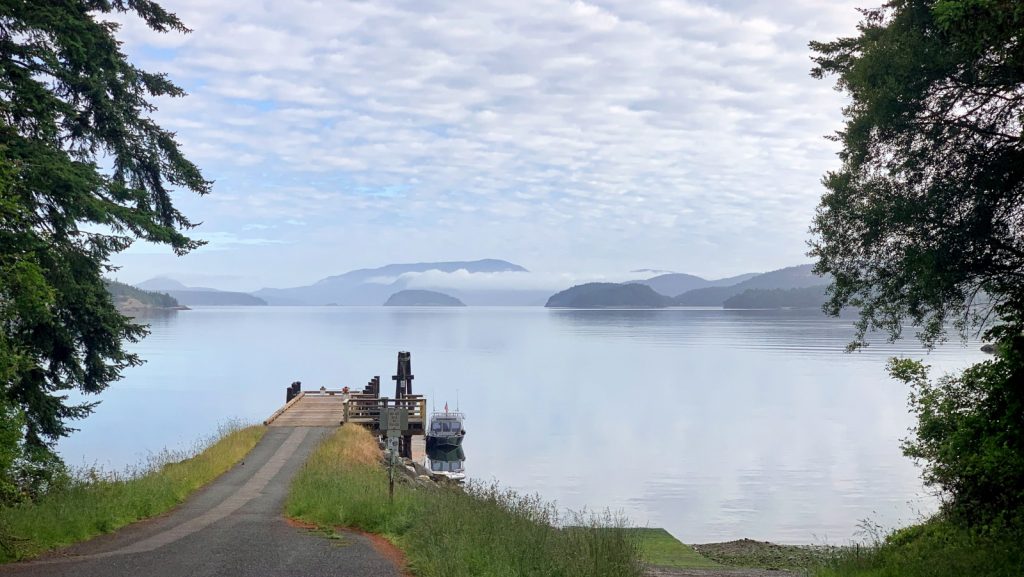