Don’t anchor behind those boaters

Visiting the south Puget Sound in a sail boat means the amount of sailing one will be doing is very much in question. The water ways are squeezed between numerous landmasses, each of which will either block wind all together or cause the wind to blow in a completely different direction (and force) than advertised. With that in mind, I was under no illusion early on that most of our time traveling would be by motor, but there are some days where sailing can be had. 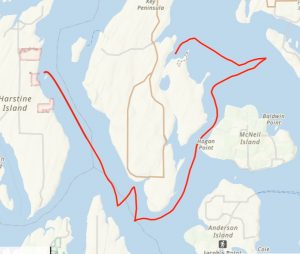 Our travel day from Penrose Point State Park to another of Washington State’s Marine Parks just around the corner,  we encountered both sailing and motoring. In fact, we sailed off anchor at Penrose and a good way down Carr Inlet before the wind shift convinced us to change our route. Instead of navigating around McNeil Island, we took the Pitt Pass shortcut which we initially did not want to do because it would all be guarantee motoring through the pass. As we came out the other side of the pass, the wind would make another appearance and the sails would come back out for the remainder of the day. I was even wanting to sail into our anchorage, but the number of other boats nearby kept us on the cautious side. We motored only long enough to set the anchor at McMicken Island State Marine Park.

Lookin’ back on Pitt Pass 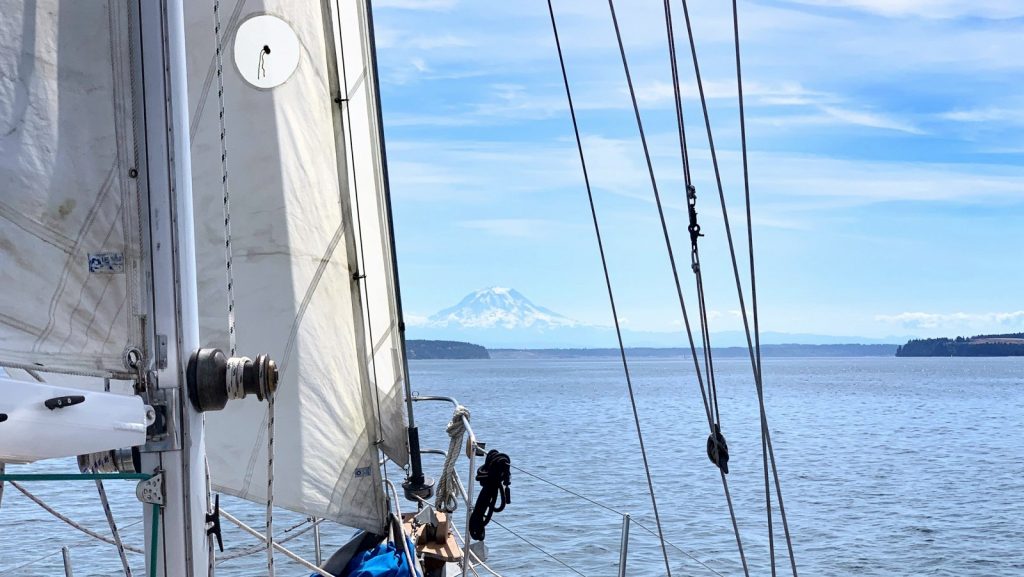 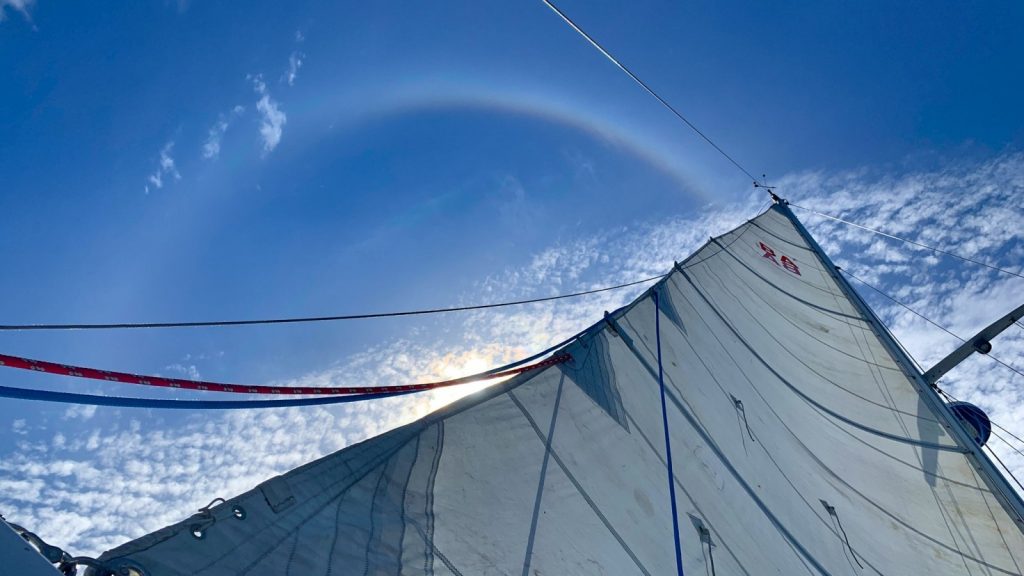 As we are competent [enough] sailors now, it is customary to do a small amount of research when coming into an anchorage. One piece of information we review before dropping the anchor is the tide. Not only where it is at that moment, but how high and low it will get during our stay. This dictates how much scope (length of anchor chain) we will lay out. I bring up the tides because it was obvious the boat’s skipper just ahead of us let out only enough scope for his anchor to touch bottom – at low tide. During their stay the tide got higher, eventually lifting his boat (and anchor) off the sea floor. His boat then started drifting with the wind directly towards Meriwether. I just happened to step up on deck at this time and he was only a few dozen feet from impact. It being a mid-sized motor boat, I figured they would crank up the motor and move off quite easily, but another unfortunate event then took place; their anchor hooked our anchor chain. The more they tried to pull away from Meriwether, the more they would just pull us right back at them. Kerri and I stood on deck, both with a fender in each hand, while they tried to maneuver back over our anchor chain to unhook their anchor from it, all while pulling Meriwether around by her snout. It was a testament to how secure our anchor was holding as they pulled us both all over our swing radius. Eventually they got their boat unhooked from our chain and then promptly left the area, tail tucked I’m sure. There is a lesson here; don’t anchor behind a day-trip-motorboat, they simply do not care enough about anchoring. Maybe if they slept a few nights on their boat they might begin to care?

With all the theatrics complete, we got back to normal life by taking the dinghy to land for the short hike around McMicken and down the spit to the mainland beaches. Kerri was on the watch for geoducks but all we really spotted were thousands of sand dollars sprinkled the beach, some alive and some not. She harvested her limit of oysters as a consolation prize. We stayed for only two nights before moving on in search of new adventures. 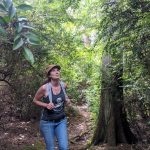 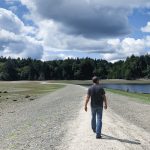 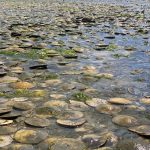 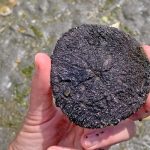 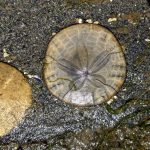 Life on the boat is becoming normalized for us. Routines are setting in and we have found a rhythm to this way of life. We have all that we own onboard and all that we need. Although the South Sound is not the same caliber of sailing/exploring as the San Juan Islands, it does have it’s good side. Though I would have been just fine skipping this part of the Sound, the experiences within are expanding our sailing knowledge – bigly.