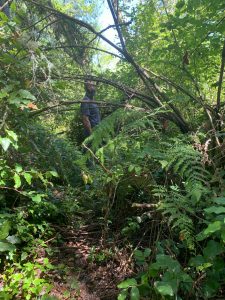 First was our attempt to hike the trail system on the 5 acre island only to be met with hostility. The trees and bushes have well and thoroughly retaken the island, leaving very little trail left to walk. We bushwhacked as far as we could, to a proper dead end in the trail, then returned back to where we started. Nothing of note took place in the very short amount of time on the trail. 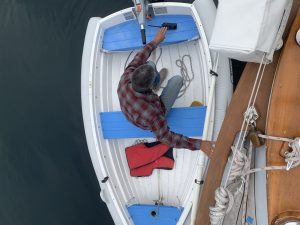 Second, was the loss of one of our dinghy oars to the strong current after the dinghy stayed in the water overnight, with oars secured on it. This has been the norm for some time without incident, but that infamous morning we were down to a single oar. While the oars are only a backup propulsion system for the little boat, it is disconcerting to not have a backup if the motor ever starts giving troubles (like breaking a prop) when we are out and about. Especially so when we are down here where the currents are so prevalent. I did set out on a search and rescue mission with the motor, complete with hand held VHF, in hopes that the missing oar washed up on a nearby shore. It was no where to be seen, unsurprisingly, as the currents here run strong and likely took it miles away before planting it on a beach.

Fairly late on our third evening we decided to move on to a new anchorage a few miles to our North. The distance was not great, and we could have motored there in no time at all, but we chose to raise the head sail and take our time. Unconcerned we are about sailing after the sunsets now, we are pushing the envelope more and more. The trip was calm and relaxing as we watched the sun drop lower and lower. Only after it truly called it a day did we start the motor to finish off the remaining few thousand yards to drop anchor off the shore of Penrose Point State Park. 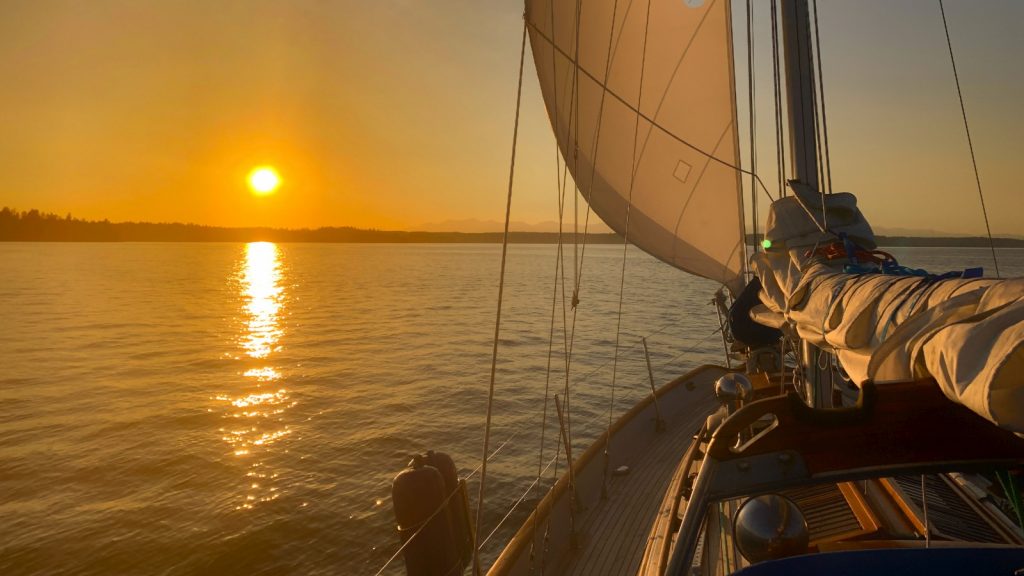 Kerri and I (and Moose) camped here in the van some time back, so it was a fun revisit on the boat. We stayed for two days, neither of which did we step foot off Meriwether. Even though the campground in the park had showers, we were not persuaded to join the crowd of summer campers even to get freshened up. It was crowded enough in this little bay, with boats anchored fairly close together and any opening being filled quickly by a newcomer within no time.

Once again, we stayed only a couple days before deciding to move on. Our van-life ways of moving frequently was becoming the norm down here in the south sound. Each place was pretty and enjoyable, but not enough awe to keep us there for a full week at a time. Plus, we have a scheduled haul out (and bottom paint job) in Port Townsend in a few weeks, so we need to see the sights down here before turning back to the north – very son – to make that appointment.