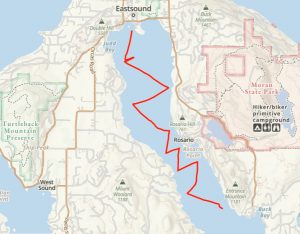 As it turns out, Kerri had a hidden motivation to bringing me out to East Sound. I had repeatedly expressed that going to East Sound did not necessarily draw me in, but she continued to show interest, so we kept it on the list. Now I know why. Not far from our last anchorage, at Obstruction Pass, is the tiny town of Olga. It was a quick and easy motor over to the little bay outside of town, where we planned to drop anchor and take the dinghy to shore. But, the sight of a welcoming dock combined with the urge to forego all the hassle of lowering the dinghy back into the water convinced us to tie up instead. We only planned to stay a few hours anyway, and this makes things a whole lot easier. A short walk through and out the other side of Olga is Buck Bay. On Buck Bay is the Buck Bay Shellfish Farm. This is why we are here; so she can eat more bottom feeders. 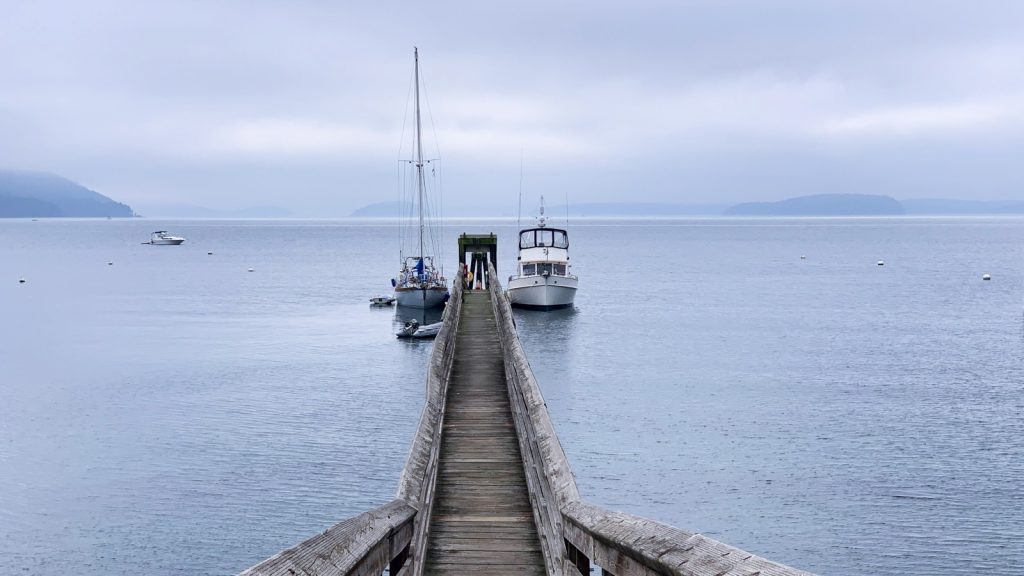 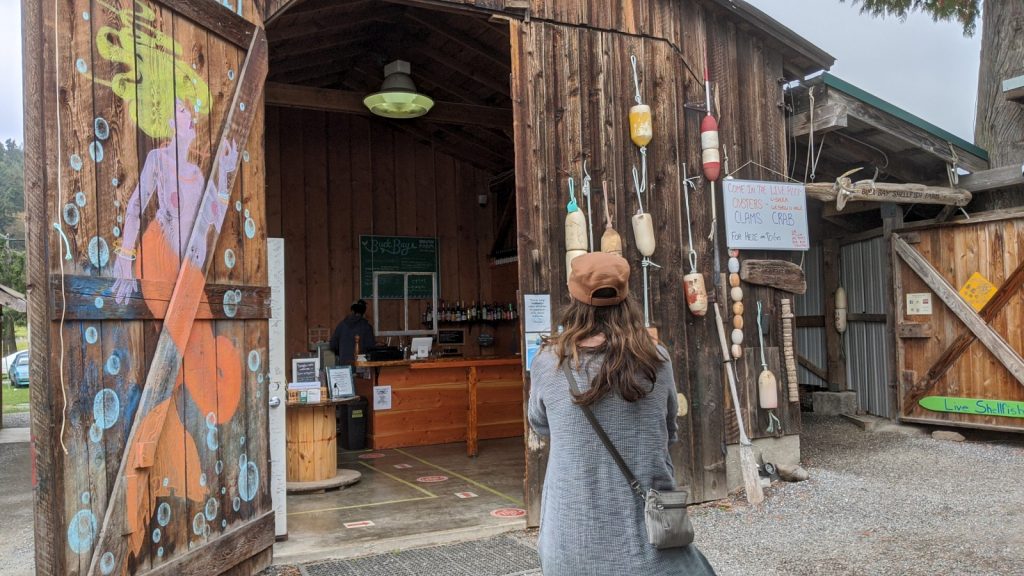 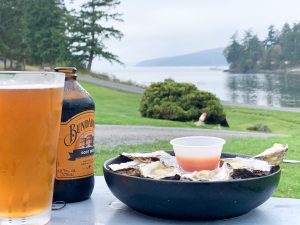 Two hours later and we were back at Meriwether preparing to motor the rest of the way up East Sound. We both felt pretty lazy and kept the sails down when we left. Within a few minutes the laziness was twanging away at my sailors-guilt, encouraging me to sail. It was the perfect amount of wind too, with 10-12 knots begging to be ridden. So I made the executive decision and raised the sails under the condition (from Kerri) that I do all the line handling as she still wanted the lazy sail. I’m fine with that. In fact, I prefer all the line work. 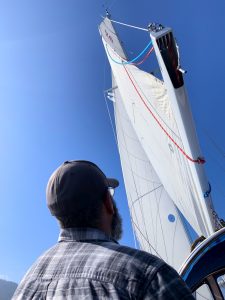 The sail, although taking twice the time over motoring, was perfect and we wanted the hours of sailing on our resume. It didn’t take long for us both to agree that it was the right decision – to sail. Life at sea is so much more pleasant with the motor off and the sails dancing in the breeze. We tried a few sail-trim ideas and practiced a heave-to which we hadn’t done in a long time. It was a productive day on the water. Calm and steady winds pulled us up East Sound towards Madrona Point, where a city dock awaited our arrival. Not to tie up too – we prefer to anchor – but to use for a provisioning trip into town.

We stayed at anchor just off the city dock for most of the work week under calm and beautiful fall conditions; foggy mornings and colorful sunsets. Orcas Island embraced us nearly 360 degrees, leaving only a small alleyway open to our south where we could see the next island; Blakely Island. It was surprisingly picturesque considering that it really is nothing special when compared to other places in the San Juan Islands.

Other boats came and went through out those days, but we were the only one to stay for numerous days, as is usually to case during the weekdays. However, we knew a blow was coming from the South towards the end of the week, and with out south-side exposed we planned to make the run to the protection of Blind Bay not far away. There we would ride out the heavier winds, which would have been accelerated up the geographical canyon Orcas makes of the East Sound, making life at anchor extremely miserable if we had stayed there. Last year we would have tucked-tail to a marina, to hide from the heavier winds, but with our new confidence in our second year of sailing we just are happy to just ride things out more and more. I like it. 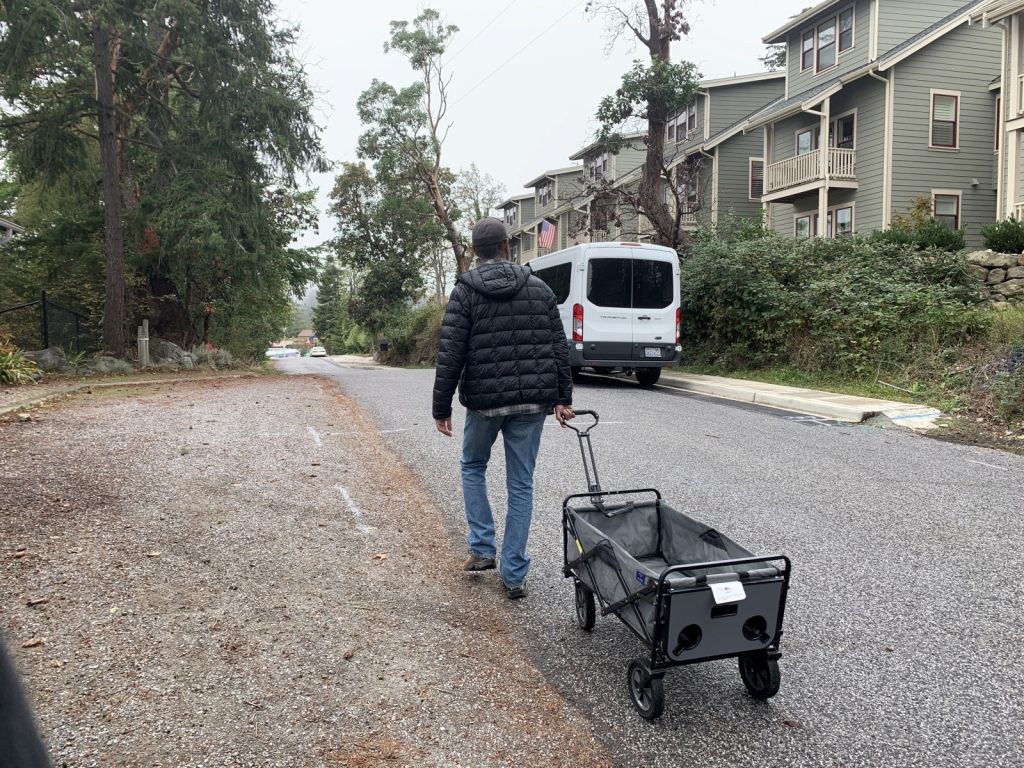 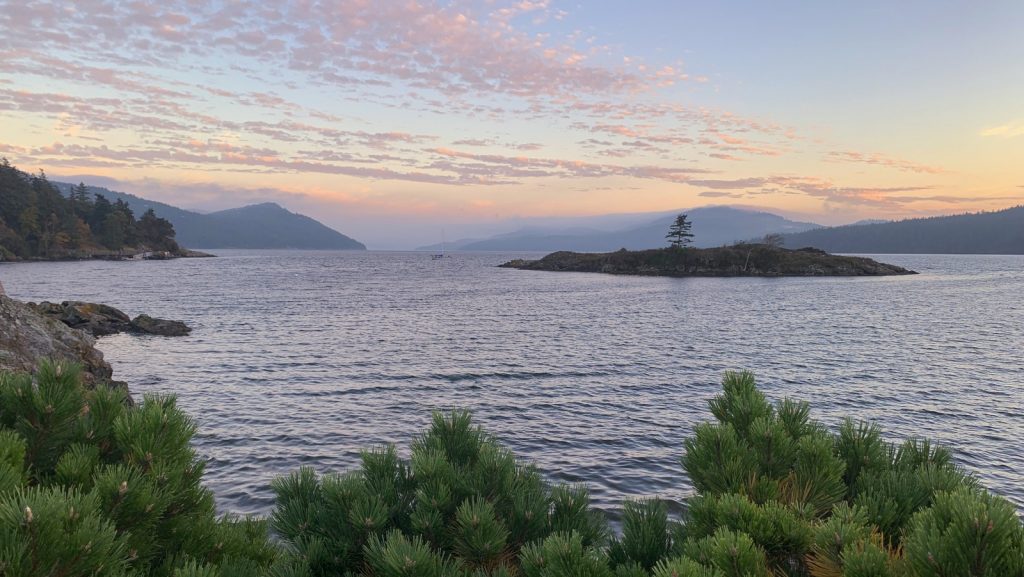 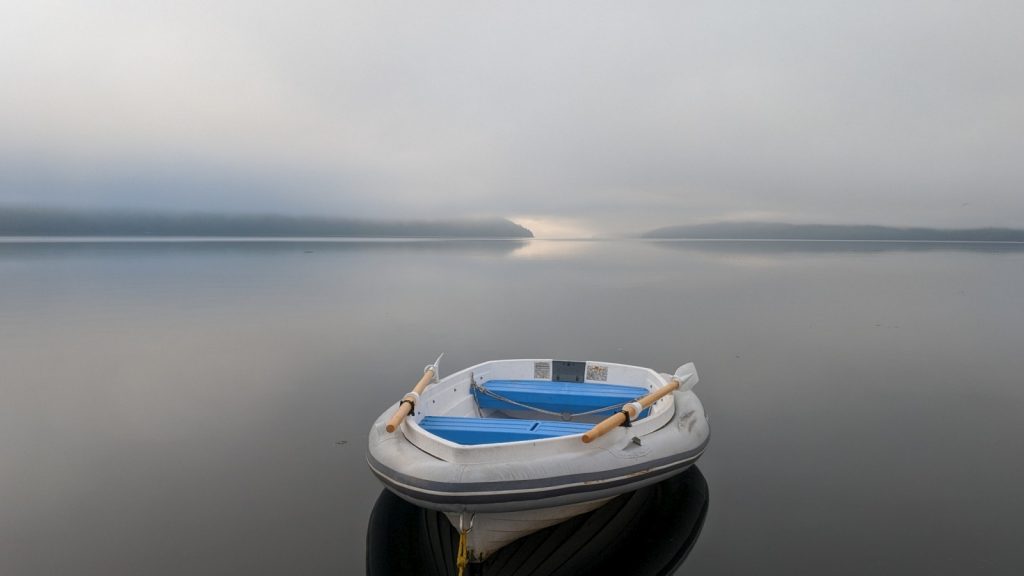