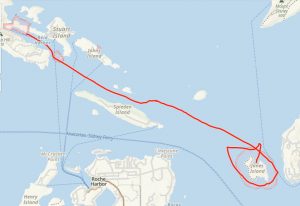 We left Stuart Island with a plan to stay the work week at a new-to-us island not far back the way we came; Jones Island Marine State Park. It being only a few miles down the ‘road’ we were happy to raise our sails and take the slow and relaxing way of travel. T’was a fairly straight forward route out of the protected bay, between a few islands and across a channel, not much more to it than that. We would even have the tidal currents in our favor for some of the distance. The sailing was calm and relaxing with a fair wind on our beam and we were able to hold a steady course through the islands.

It wasn’t until we were exiting the short channel between the islands that the wind would do it’s normal thing and simply disappear. Not surprising at all so we didn’t cave in, instead keeping the sails up and riding the current into the larger body of water. Unfortunately, it is at this point that the current was flowing northward, and we needed a bit of south to go with our east so we powered up the motor. In very short order the wind returned and with a bit of force to boot. We got back to sailing and were flying along at near record speeds (with Kerri at the helm, I rarely set any records at the wheel) as we approached Jones Island. The winds steadily increased into Meriwether’s sweet spot. She loves being pushed along by 15-20 knot winds. She is heavy so needs a little more push than others in her length range. It was turning out to be a most enjoyable sail. 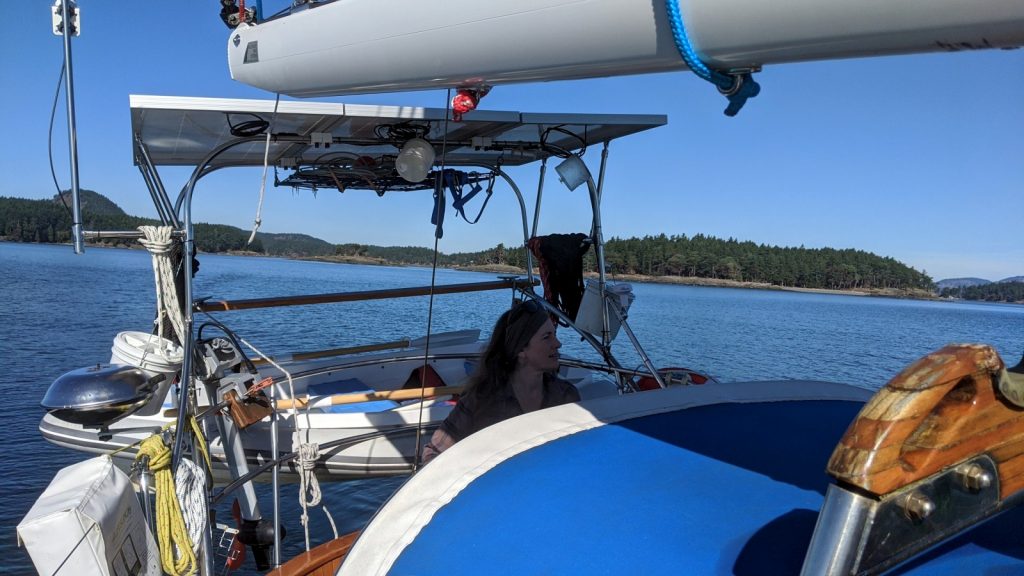 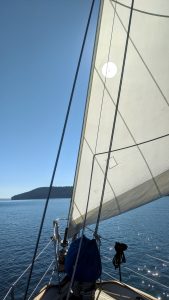 Jones is a tiny little island, with room for only a few boats to anchor on each side (north and south anchorages). As we neared the northern bay we could see that it was already pretty well filled. Not completely, but we prefer a bit more solitude. We had wind, and speed, so we sailed past, tacked, and took a gander at the southern anchorage.

The wind was strong enough to get us well and truly heeled over. Kerri, not at the helm at this point, started asking a couple questions laced with concern and I could tell that she wasn’t feel confident in the moment. The solution was quite simple; I asked if she would like to helm again. There, at the wheel and with the boat under *her* control, the concern just washed away and she put the hammer down leaning us over hard when the wind gave a gust. I get it, I feel it too when I am not the one in control. Just happy we found an easy solution when a little fear starts to creep in.

Full on the south side as well, so we kept going around – back to the north side of the island – where we nosed her into the wind, dropped the sails, and laid claim to a mooring ball. An afternoon of good sailing – and the grand finale of a circumnavigation of the island – felt good. We both know that soon the sailing will be hard to come by as winds will either be too low or too high as winter gets near. We will take as much as we can get right now.

Being on the ball would limit our stay to just three days, but in the end that worked out perfectly. The internet wasn’t all that great here, and we were in the working days of the week. With three days on the ball, we divided up the trails on Jones into three hikes, taking one each day until all the island trails were conquered. A pretty little island it is. It even has a family of begging deer on it, walking right up to us in search of a hand out. 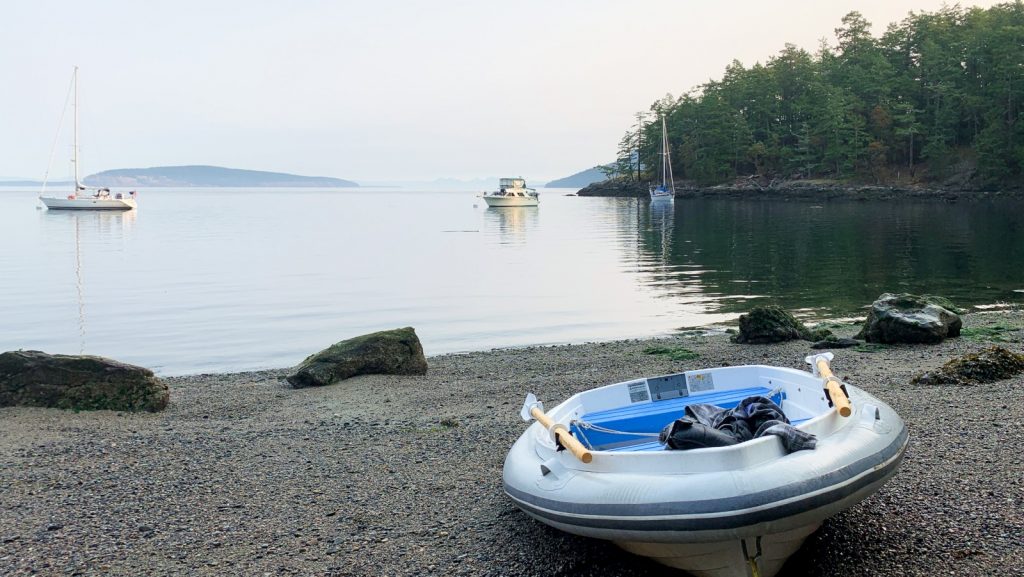 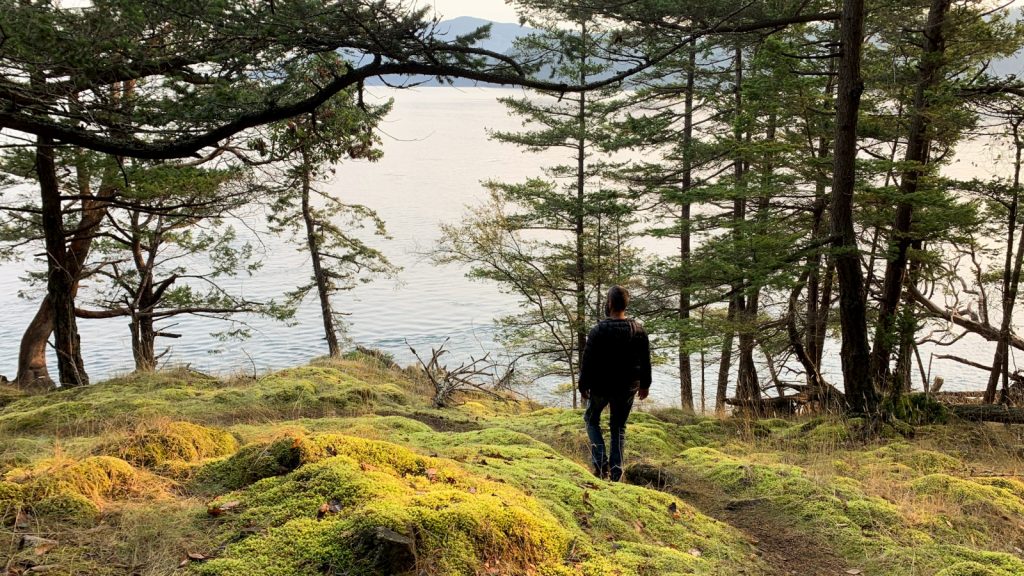 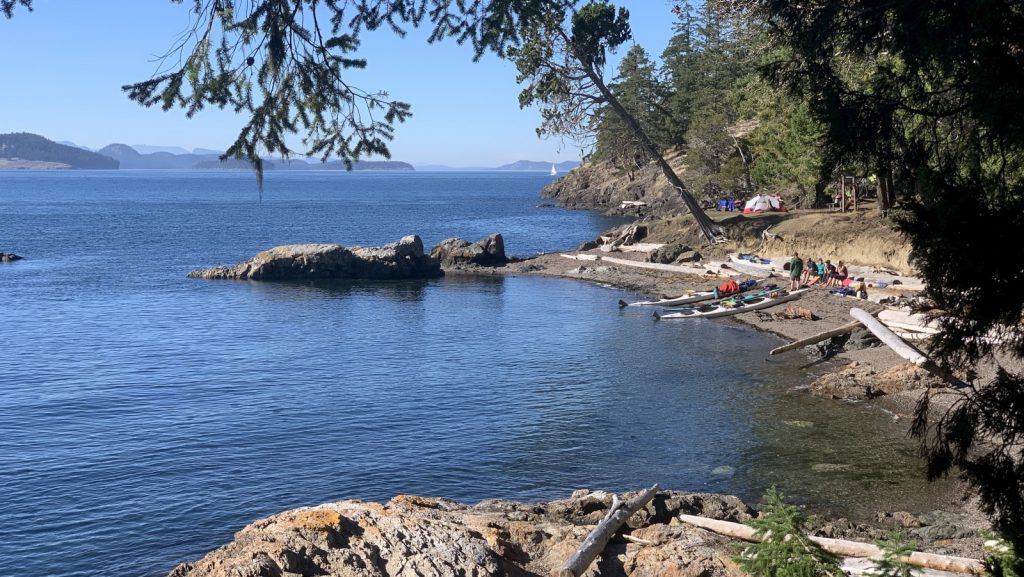 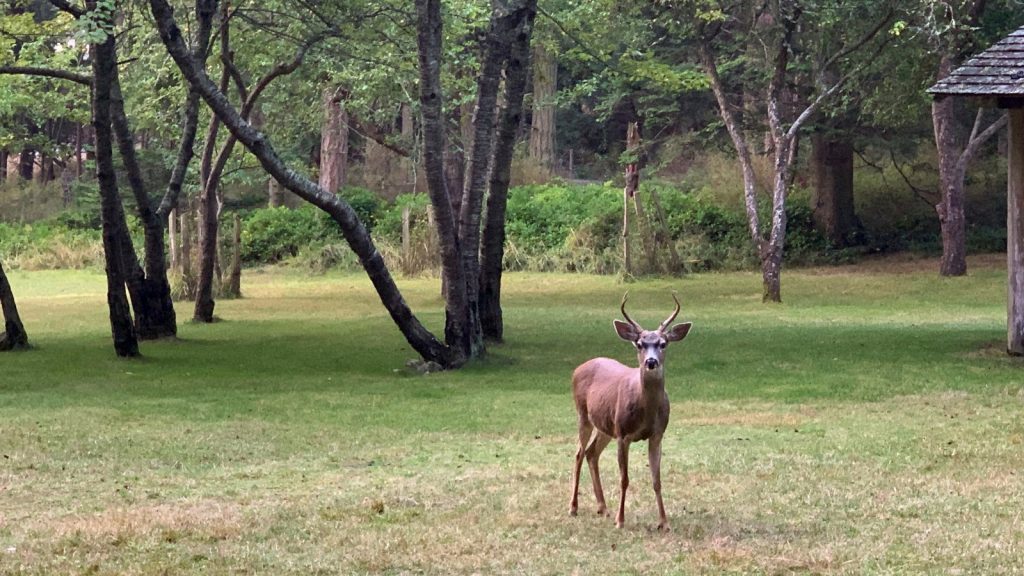