We are running out of islands to visit in the San Juan islands archipelago. Many we have been to multiple times in our two seasons sailing around the area, often returning to a new bay or anchorage just to keep things fresh. We have only sailed past Waldron Island, not stopping as we were on our way to another, but this time around we were steering Meriwether’s bow right at it, if only for a single day visit. 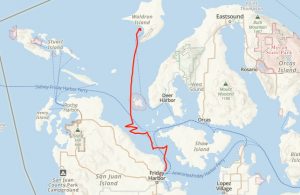 There was wind – kinda – once we left Friday Harbor, but not much more than enough to push us along at two or three knots of speed. We toughed it out as long for a few hours, eventually finding ourselves just drifting along in nothing more than a tiny breeze, heading the wrong direction no matter which tack we found ourselves. With the shorter days and colder afternoons of Fall, we were convinced into finishing off the route under motor. Of course, as we approached Waldron, the chilling wind would increase but we stayed the course under motor and got ourselves into an anchorage that is not highly spoken of in the guide books. It doesn’t have a lot of protection, and the books labeled the islands inhabitants as not too friendly to visitors. But new adventures we sought anyway. We were greeted by the huge cliff on the southern peak of the island – straight out of a National Park – with eons of time plainly to be seen in the layers. 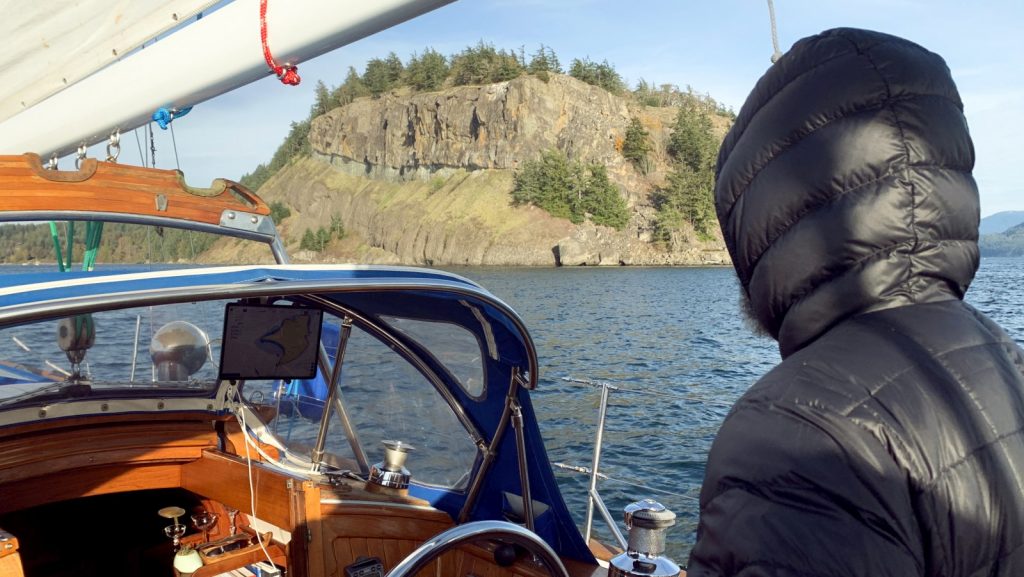 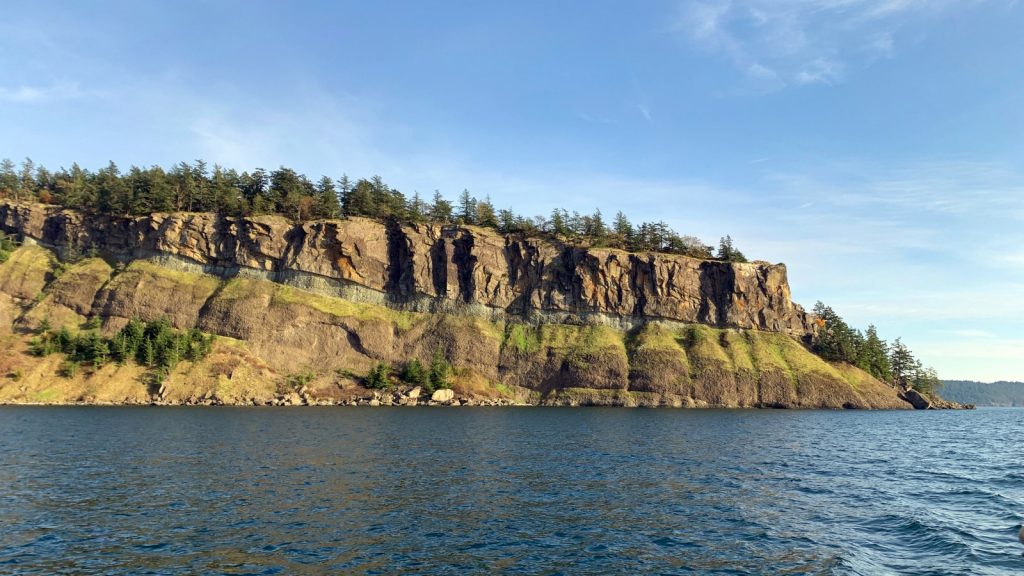 The following morning we got straight in the dinghy heading to the public dock at Frances Cove. The island’s post office resides on an old wood cabin – one I wouldn’t mind living in – just a few yards off the dock and seems to be the place to hang out if you live on Waldron. Mail arrives three times each week, and some how I doubt it arrives to each property by any carrier, hence the traffic jam of three whole vehicles upon our arrival. No one paid us any attention. 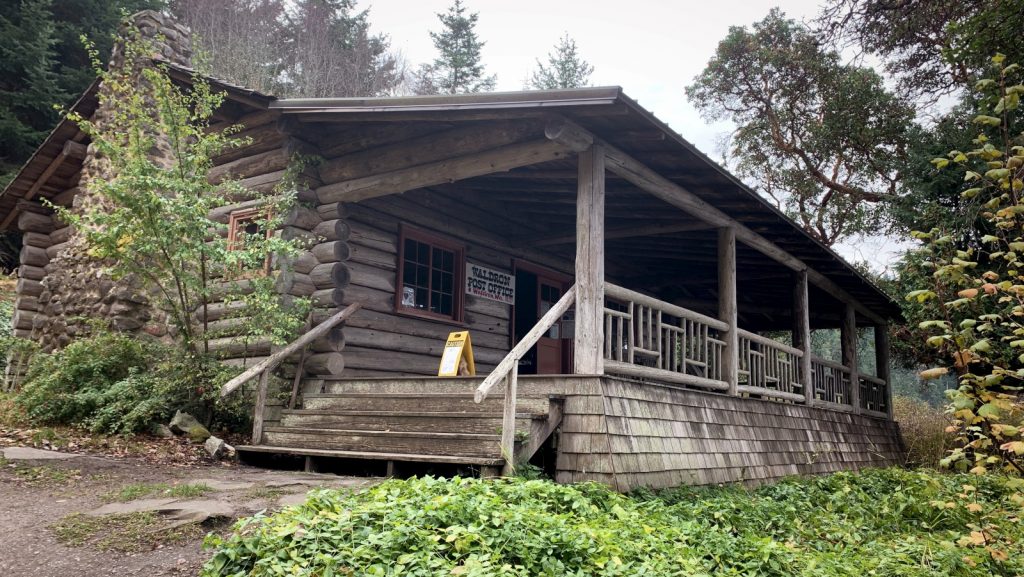 Although the island is nearly all private land, not too far away from the dock is a preserve. This was our target for the day’s activities if we could just find the trail that would lead us there. The dirt road had zero signage to direct us so we over shot the trail by over a half mile before turning around. Eventually we returned to what appeared to be someone’s driveway. Unsure whether or not to proceed, a local was driving past – clearly on the way to the post office – and offered his help (although we both agree that he was simply checking in to make sure we were not up to dirty deeds). Nevertheless, he informed us that the trail was right down this “driveway” so we continued on and found it, still unmarked, just a few dozen yards in. 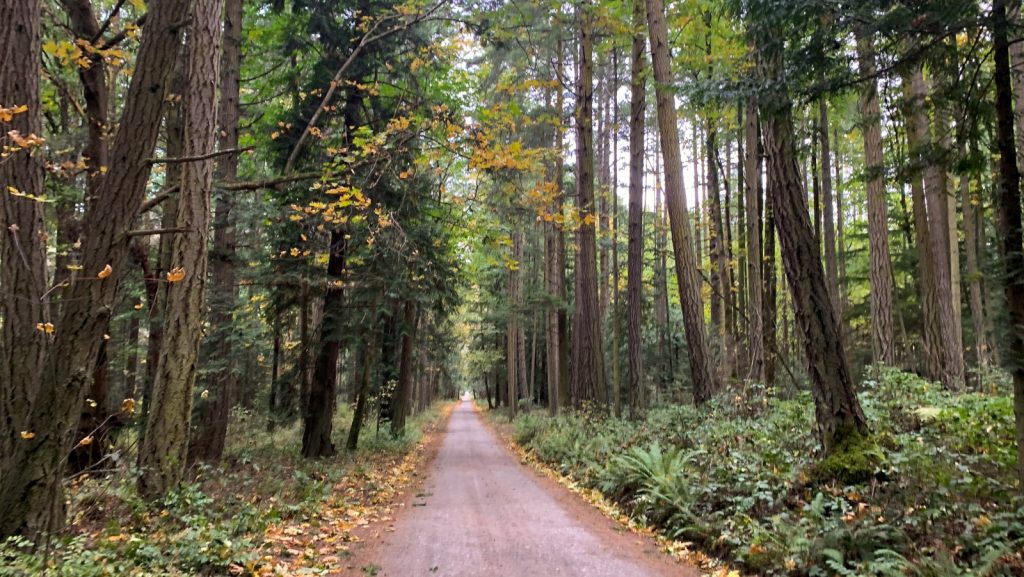 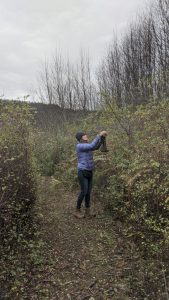 Finally within the preserve, we had only the single Rose Trail to wander. It was thick with berry and rose bushes (hence the name) on both sides but occasionally the view would open up to see Meriwether sitting pretty out in the bay. The trail would bring us to the Upper Swamp, which brought back memories of our day dream to have a shack in the swamps of a Louisiana bayou. Eventually the trail would spit us out on a beach where we took a minute to enjoy the view, then turned around to head back to the party at the post office. Along the way back Kerri picked a bag full of rose hips to turn into a syrup, which I must say turned our damn good.

Kerri and I both agreed that the vibe of the island was not only friendly, but fun and quirky. There are no businesses or recreation on the island, so there is little reason for most to come, but the peace and quiet was more than enough to make it right for us. Still, we immediately packed up and left the island on our way up to the normally very busy Sucia, Patos, and Matia Islands where we planned to stay the work week in the much less visited season of Fall. 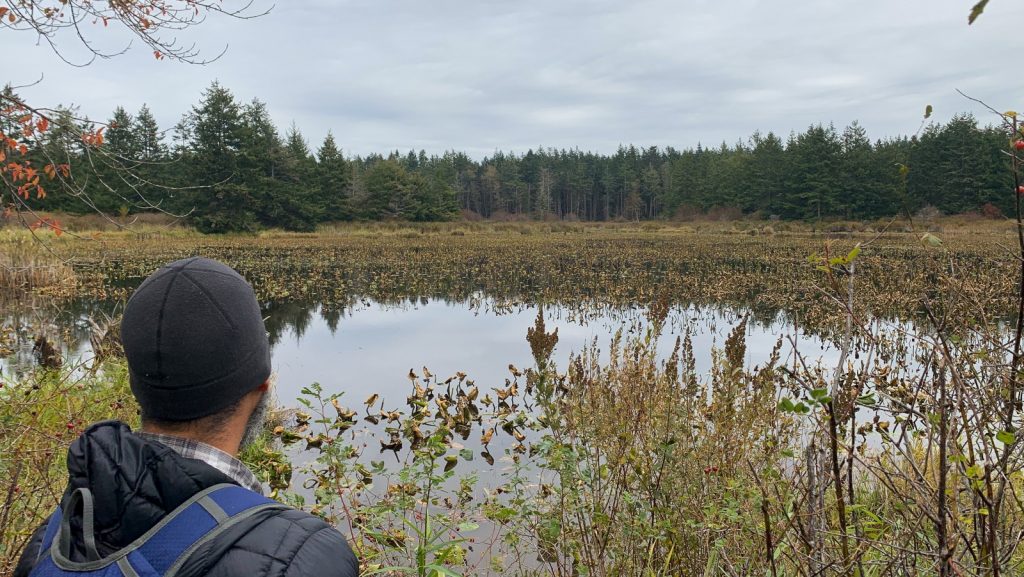 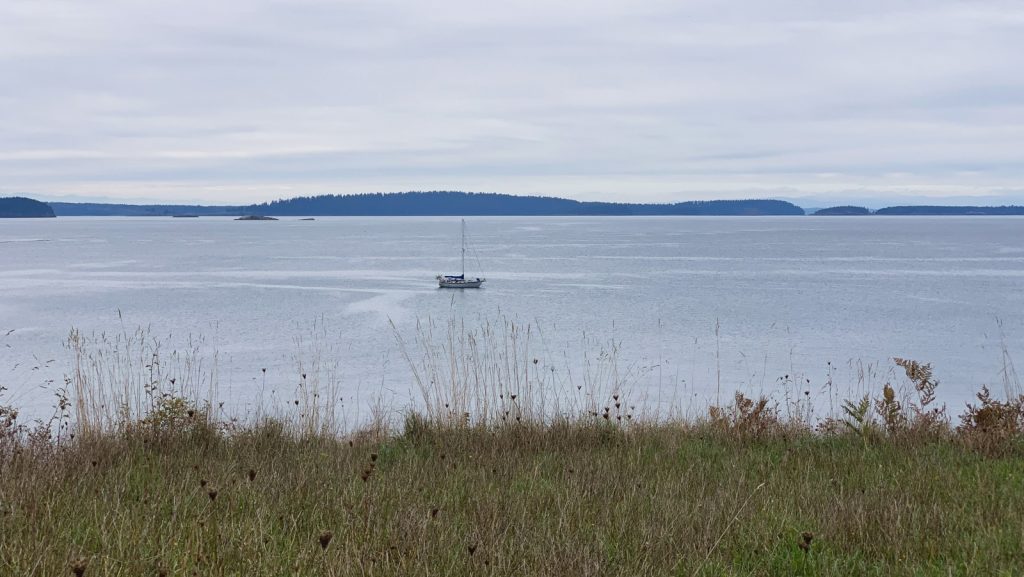 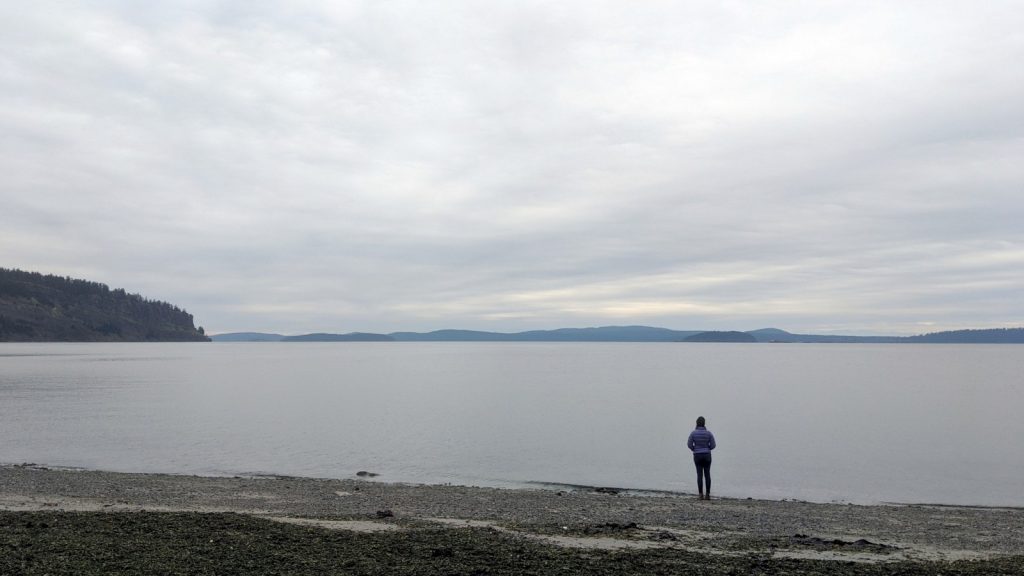