With another couple weeks sitting in the marina, completing even more tasks from our never ending todo list, Kerri and I were anxious to get back out and away from the marina. However, with an impending family issue coming up that would require me to fly out to Colorado for a few weeks, we knew the boat would return to Bellingham within a few weeks so we would not go too far. There are a couple places nearby Bellingham that are an easy day sail away – and back for when I get that phone call sending me to Colorado – so we chose the only one we had not stayed at before; Chuckanut Bay. Coincidentally, we sailed to Chuckanut exactly one year ago, one one of our very first sails, but we did not stop to explore or stay a night then. 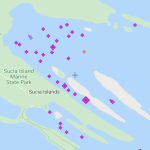 The weekend we were to shove off happened also to be the first weekend that the Washington State lockdown was being eased. Pleasure boating was officially being allowed and the weather was to be perfect to get out on the water. We were hardly the only people looking to get out there. Foot traffic at the marina increased noticeably the days before the weekend, and by Saturday the AIS maps showed that Sucia Island State Marine Park was crowded as if it were fourth of July weekend. Each of the colored dots in the image is a boat equipped with AIS, which probably accounts for less than 25% of the boats out there. We were happy to have not chosen Sucia as our destination for this voyage.

When it came time for us to untie from the dock and sail to Chuckanut, we happily did so. Even the weather forecast was in our favor with something – anything – other than close hauled sailing. In fact things were looking so nice out there that we left the dock a few hours early looking forward to just being out on the water for a few hours even though we only had an hour’s sail to get to our destination. 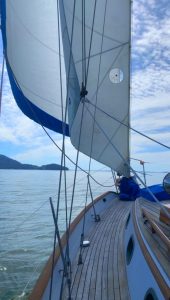 A gentle breeze from the North West allowed us to sail at a beam reach (wind coming directly across our boat) for a while. Meriwether eased herself up to 6+ knots of speed (did I mention we fixed our speedometer just a few days prior?), passing other sailors along side us (it is always a competition). We were far from being alone on the water that day, with  multiple other sail boats within a quarter mile heading the same direction as us. For the first time in a long time we had to think about the right-of-way rules, which we did not have. Adding to it, numerous motor boats were zipping in and out of our bubble of navigable water, and although we do have the right of way over them while under sail, they still required a watchful eye to ensure things went as they should. We navigated all the traffic and altered our heading to the opening of Chuckanut Bay. This put us on a nice down-wind sail as the winds calmed. We just puttered along, in no rush, towards our destination. 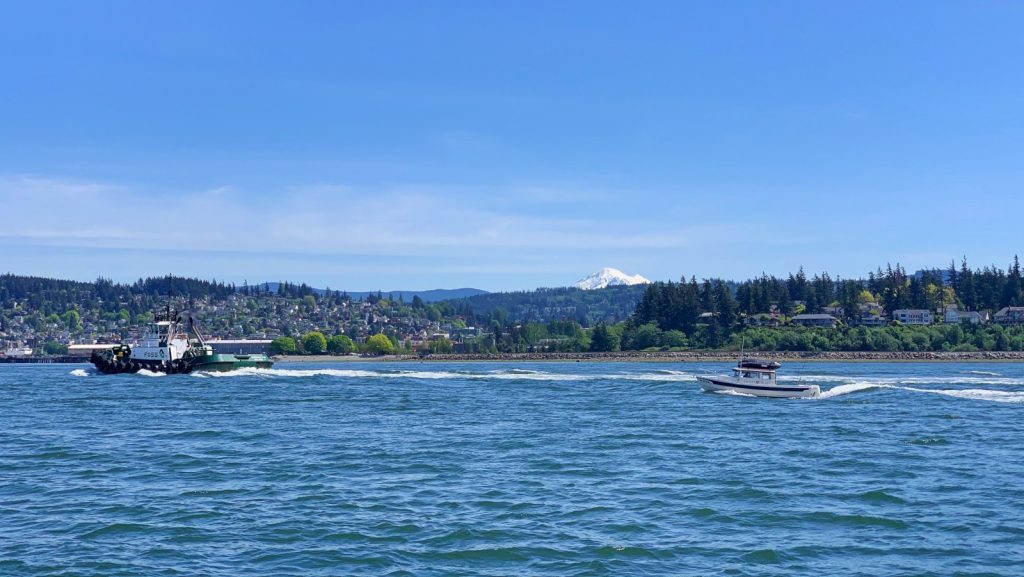 Just before turning into the bay itself, we decided to practice a heave-to (mostly-stops the boat in the water using opposing sail and rudder positioning) maneuver and were going to sit in open water for lunch. But just as we successfully hove-to, the wind and waters started showing signs of picking up. It didn’t look to be as enjoyable of a sit now, so we got back to the sailing after only a few minutes. Good practice nonetheless.

It wasn’t much further to our anchorage at the north end of the bay. Again, we were not alone, with about two dozen other boats anchored about by the end of the afternoon. It was surprisingly busy here as Chuckanut is not really known as a destination of any caliber, but there was ample room for all. It was nice to get away from the seagulls at the marina, but peace and quiet it was not. A group of four boats rafted together to party that night (I slept through it, Kerri did not) and the train passed only a few hundred feet from Meriwether. Still, it was better than sitting in the marina another week. 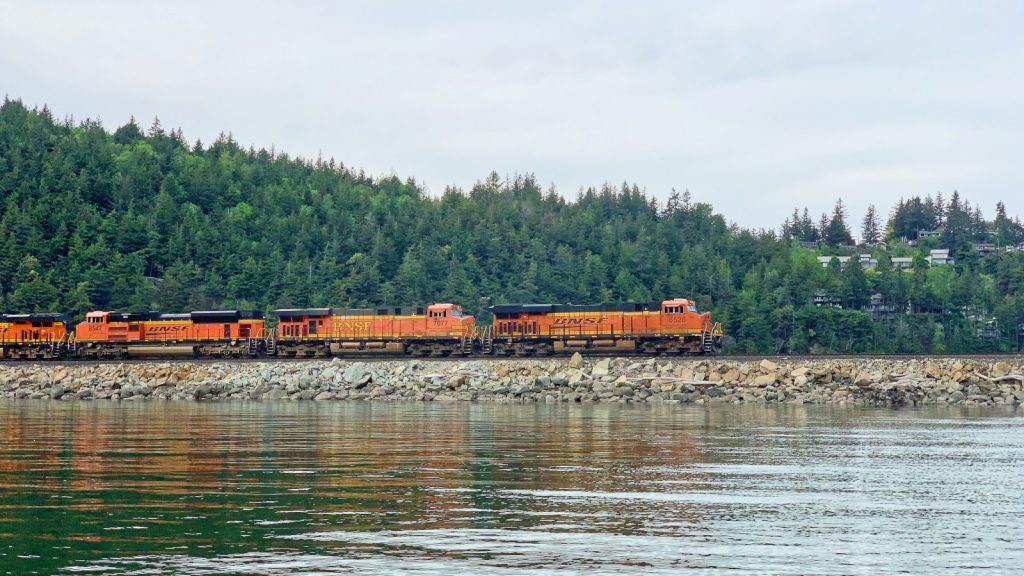 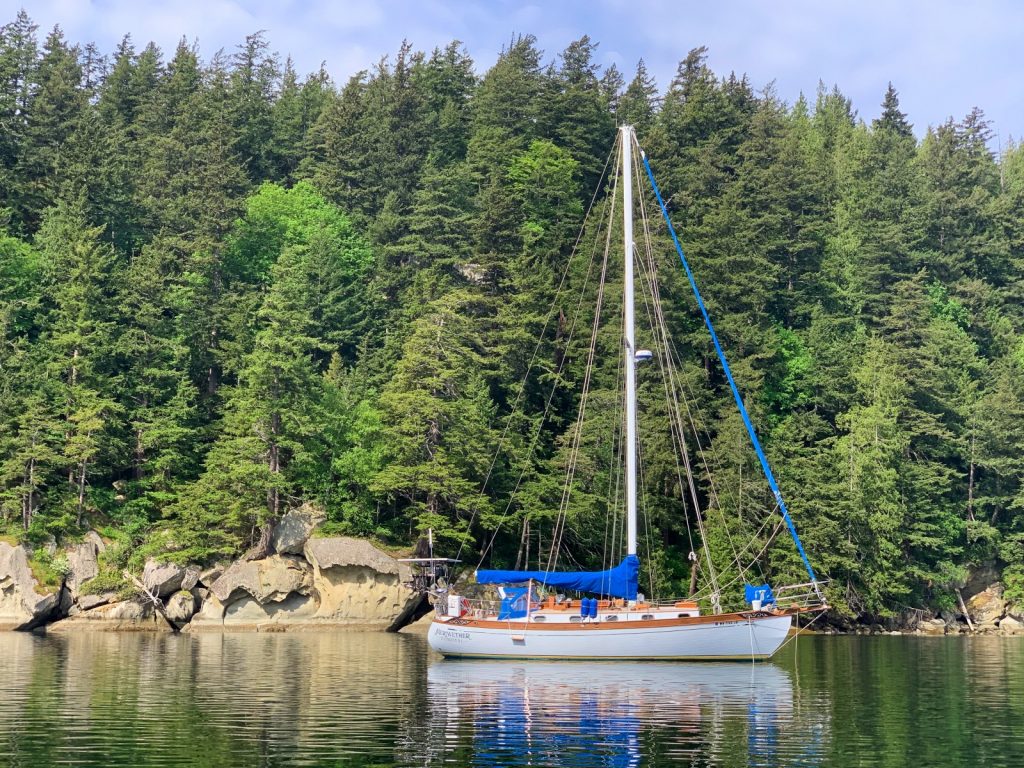