We stayed in Quartermaster Harbor for only a single night. There wasn’t much left to see here as it were, and we still had two work free days that we could either sit around or sail. Our next destination was a good distance further into the south sound – about 20 nautical miles – on the other side of the Tacoma Narrows. The current runs strong through the Narrows, so timing our sail to those currents would make all the difference. We had some nice wind on Sunday and the timing with the tidal currents worked in our favor in the afternoon. The decision was made pretty easily when everything was telling us to go ahead and sail.

In fact, we sailed straight off the anchor out of Quartermaster Harbor. With our confidence in our abilities jumping in recent weeks we have begun turning our backs on the old Perkins motor built into our Meriwether. The joy and relaxation of sailing, even if it takes twice as long as motoring, out weighs all. There are more than enough daylight hours in a day at this time of the year to not be rushed. With a gentle breeze from behind, we sailed out of the Quartmaster Harbor inlet and hit the dead spot in the wind at Piner Point – the same dead spot we hit on the way in. Again, we refused to cave in and kept the sails up and motor off. I was seriously doubting my abilities as a sailor seeing a gaff rigged sailboat coming at us with a full wind in the sails, but just as he got within a few hundred yards he too found himself stuck adrift with us. Whew. 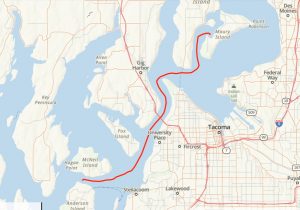 We would eventually break free of the Piner Point dead zone and turn towards The Narrows. In fact, just as the Puget Sound likes to do, the wind would completely change speed and direction to something no where near what all the predictions have said for days. We embraced it however, re-trimming the sails and pointing ourselves towards our next route marker. It isn’t often I take the helm anymore – Kerri does a better job than me at the wheel – but it just happened that I was there when the wind got frisky and we heeled way over. It was my turn to show I no longer feared dipping our toe-rail into the water… I tried anyway. Unsuccessful I was, but fun I had.

The wind had calmed by the time we turned into The Narrows where the current took a grip on us. Pulling us in the gap between Tacoma and the Kitsap Peninsula we gained speed more from the water than wind. Before we really even had the chance to enjoy it, we quickly made the distance through The Narrows to pass under the Tacoma Narrows Bridge (bridges actually, there are two) as a finale. I did not know it at the time, but it was this bridge – the original one built in the 1940’s – that collapsed due to the wind. We have all seen the black and white video of it at some point in our lives, and here we were passing under the replacement bridge with the fallen one still on the sea floor below. Pretty cool if you ask me. 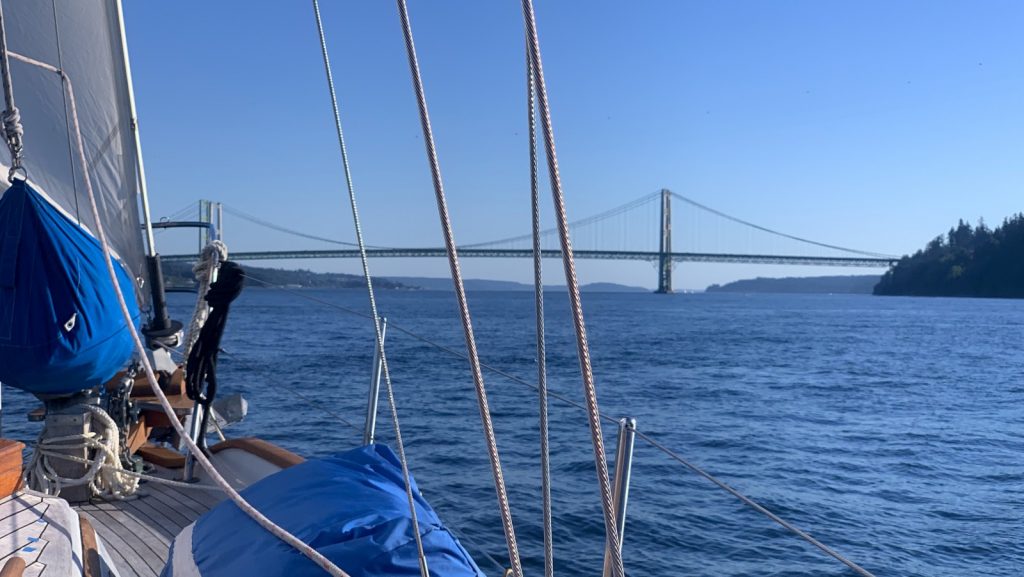 Not long after passing under the bridge, the winds would blow themselves out. We would drift with the currents for a while longer but as the sun got low we finally caved in and turned the key. The last four or so miles we made with the motor running and the sun in our eyes. Finally arriving at our destination, Eagle Island State Marine Park, just before the sun disappeared below the horizon. With all the mooring balls already occupied, we happily dropped the anchor – we dislike those balls anyway – and enjoyed the rest of the sunset together while sitting out in the cockpit. Here we we were introduced to the sounds of a baby seal talking to his momma while swimming around the island. 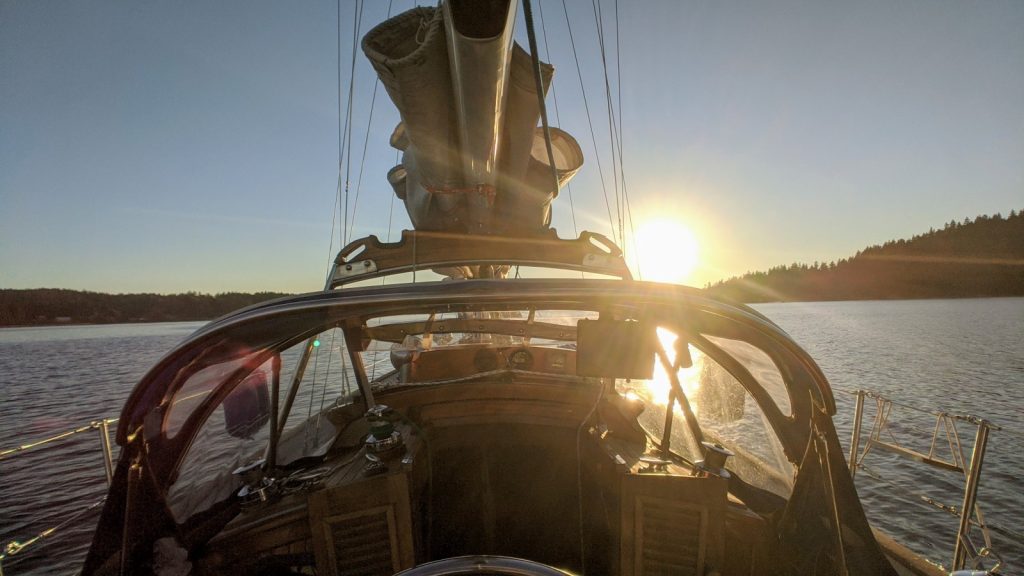 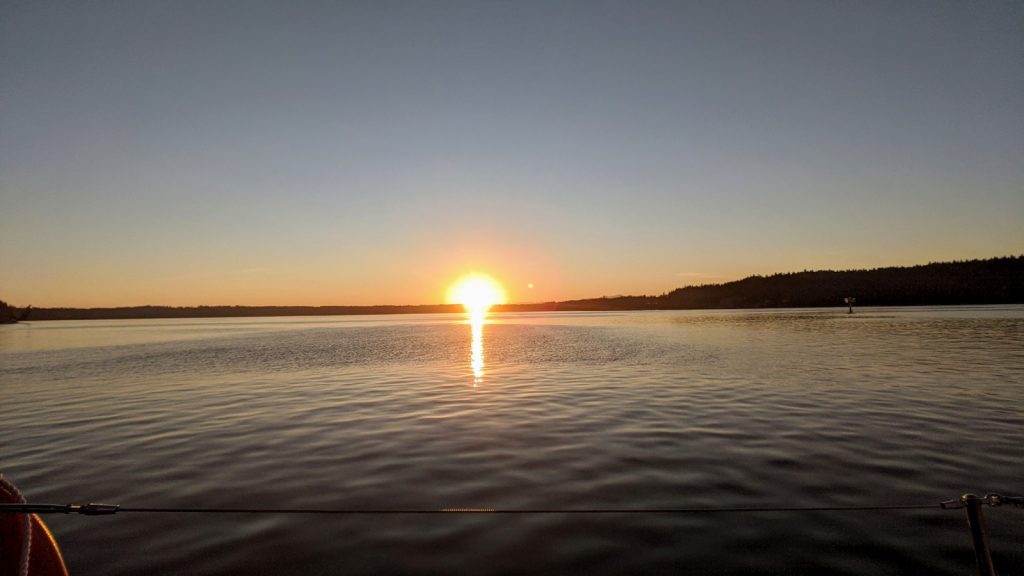