Before the decision was made [by the Canadian border closure] to head into the South Sound this year, I had heard from other more experienced sailors about Blake Island. It is the closest marine state park to Seattle, so it gets it fair share of boater traffic. Everyone spoke highly of it, and I was excited to put it on our list when I was drafting out our route.

It took us only an hour to make the short trip from John and Kate’s to Blake Island. The current was in our favor, but the winds never really materialized so we motored the distance. It wasn’t until the final few minutes that the wind showed up – of course – but we ignored it and motored to a mooring buoy field on the west side of the island. They all seemed way too close to the shore, especially at low tide. One could almost step off their boat and onto land from the balls, so we took our time to choose one that we were confident would not run us aground at low tides. It had been a while since we picked up a ball, and with a crowd of other boaters on nearby balls, I really didn’t want to make a scene. No major dramas occurred, as is becoming customary this year. 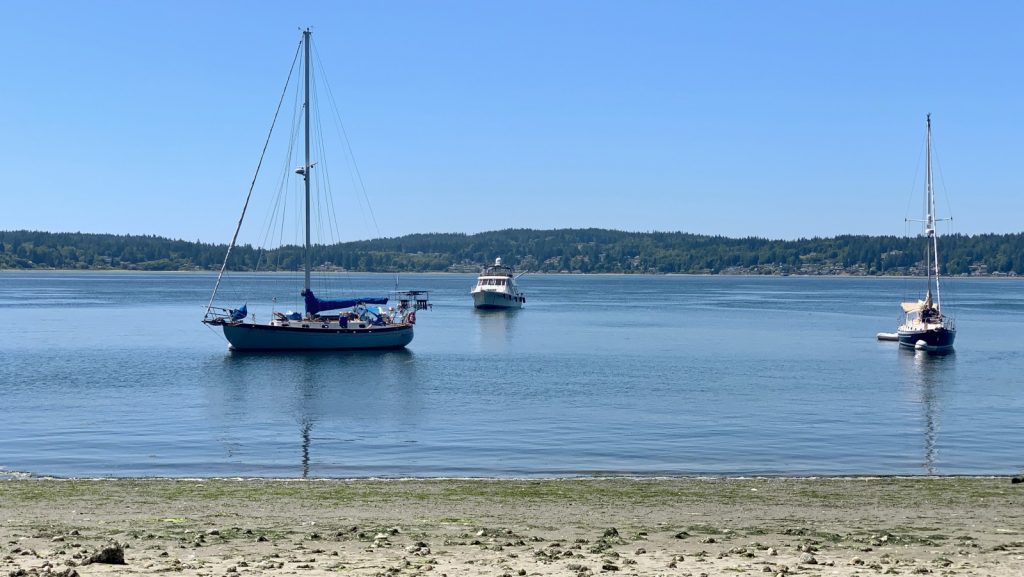 An after-sail relax was in full swing when Kerri got a message on her phone. It was John, warning us of their stalking. Stepping into the cockpit to see what he meant, it became obvious as Stardust, with full canvas flying, was entering the buoy field. Stardust is such a sight at full sail that neighboring boaters came out on their respective decks with cameras in hand to capture a glimpse too. They sailed right past us to say one final goodbye, then turned to head back home, just up the waterway. 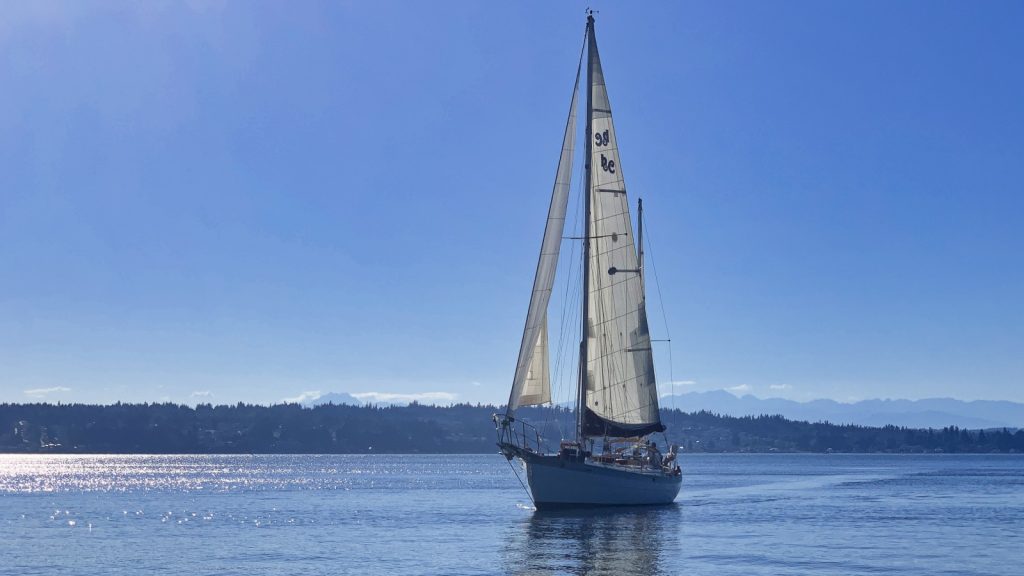 With an island full to trails to explore we set out for a hike on the one day we had before the start of the work week. Trails penetrate the thick forest on Blake, leaving few areas not able to be explored. Originally we thought we would be hiking most, if not all, of the trail over the couple days we would be moored here, but I think we both lost interest during our first (and only) hike on the island. Not that it wasn’t a pretty island, but the trails were basically dirt roads (read; boring) which just ain’t our thing. Combined with more people than we are used too, and the added noise from all the nearby motor boats and airplanes, this wasn’t really feeling like nature by any means. 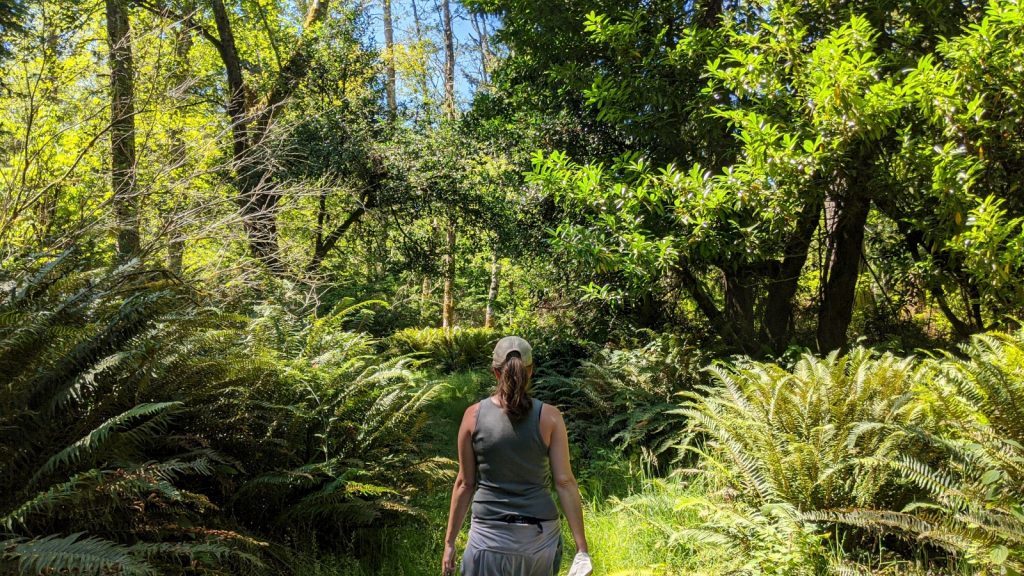 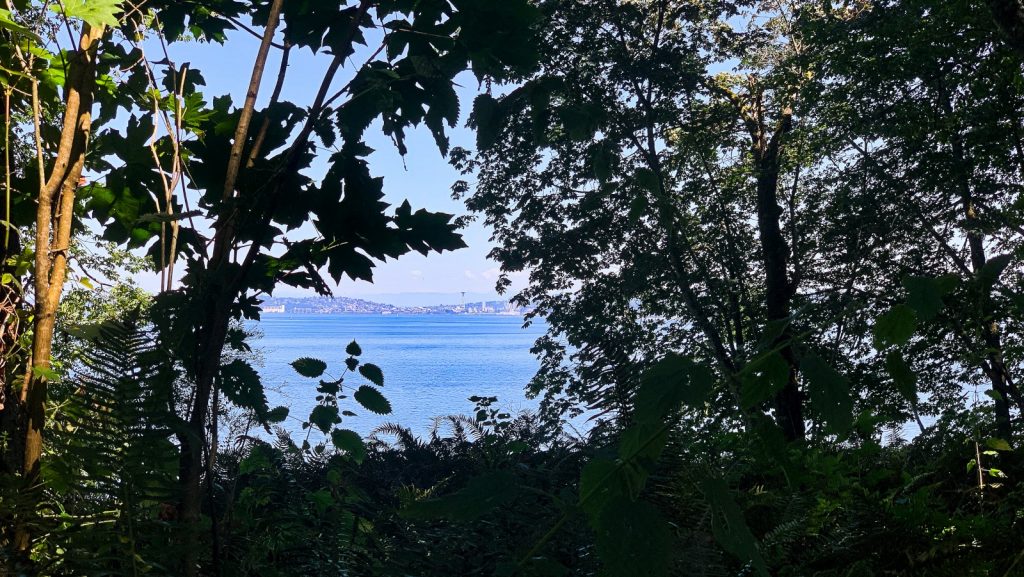 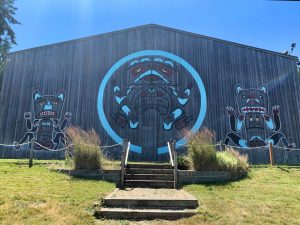 We walked to Tillicum Village on the far side of the island. We knew the visitor’s center would be closed, but wanted to check out the small marina on that side of the island, and Kerri had heard that there may be showers too (there were, but we never used them). While the charts didn’t make the marina seem like a fit for the depth of our boat, in person everything looked acceptable. We don’t want to be in a marina anyway, and right around the corner was another mooring field, this one with a view of the Seattle skyline and Mt Rainier who has been keeping us company for weeks now. Sure, this side of the island was exposed to the extra rolling from passing ferries and other ships, but we can handle some rolls – we are salty now, didn’t you know? Plus, there were far fewer neighbors on this side than the other. We were happy to have the added privacy and view for the two remaining days we would stay on Blake Island. 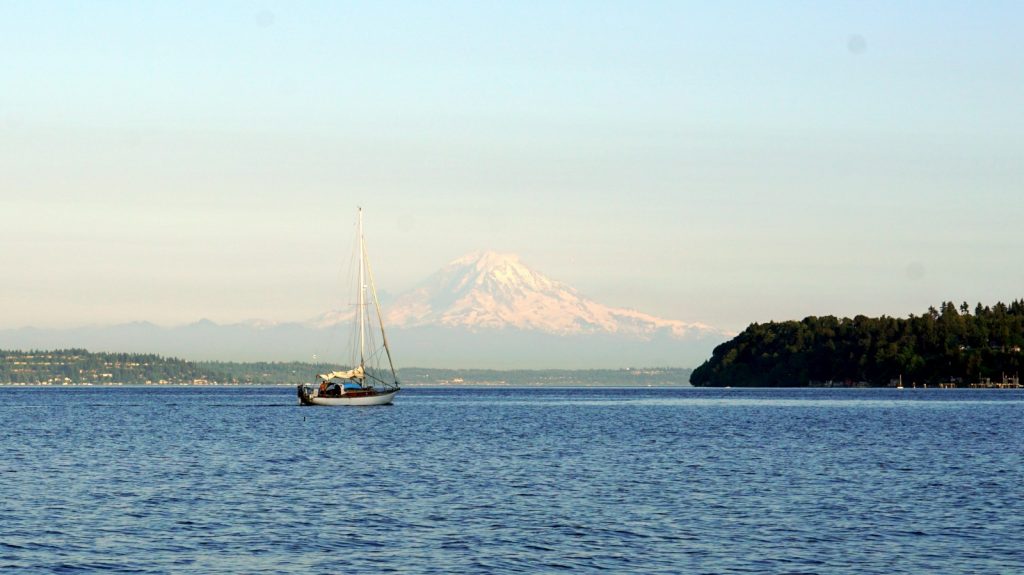 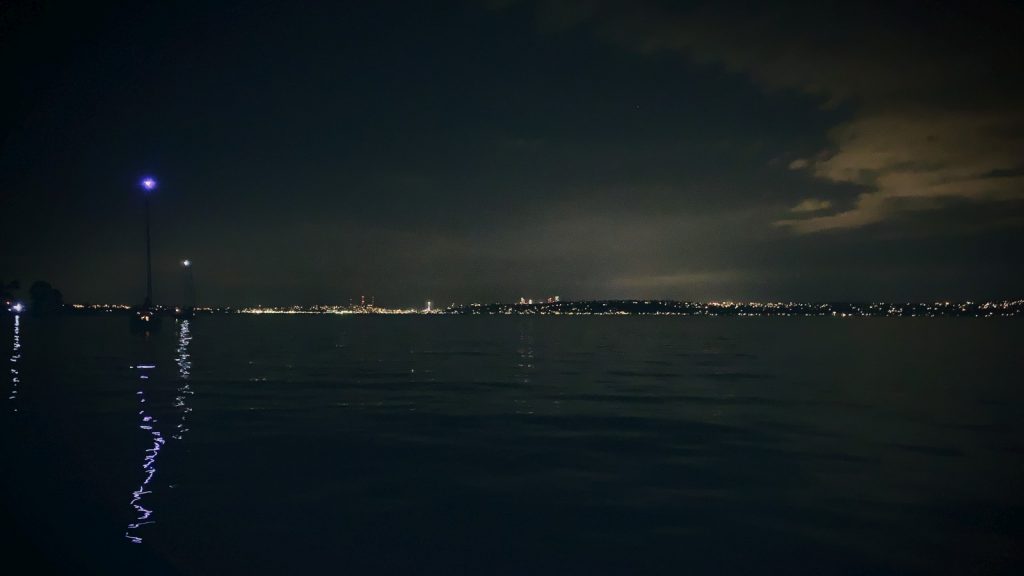