Seven weeks ago we left the marina in Bellingham. We have not been back to one since. It feels good to be self sufficient enough to effectively never need a slip again – this in large part to the composting toilet and the water maker. However, some weeks back – before the resurgence in COVID cases around the world – I made a reservation in the Des Moines marina (a short ride share away from Seattle airport) for two nights to have my son fly in from Colorado for a weekend visit. But as the virus cases were ramping back up Kerri and I decided it was not prudent to follow through with a full visit on a boat where socially distancing was not possible, so the plans were changed to me taking the flight out to visit him and returning on the same day.

It was all arranged on a Friday, meaning we needed to arrive in Des Moines marina on Thursday afternoon. Mid day, and with Kerri continuing her work, I untied from the mooring ball at Blake Island and knocked out the two hours of motoring. The wind was there to have sailed, but we are not yet ready for her working while heeled over. It was our first time trying the whole moving-while-working thing. A couple boring hours later we were arriving in our first marina this year, taking our reserved slip with ease and no issues. Our first proper shower in seven weeks was the only other thing to do that day. Yep, that is correct. Neither of us had showered since the first days of June, so you could imagine how good it felt to have a hot shower this day. A belated birthday gift for me, as I turned forty nine just one day prior. 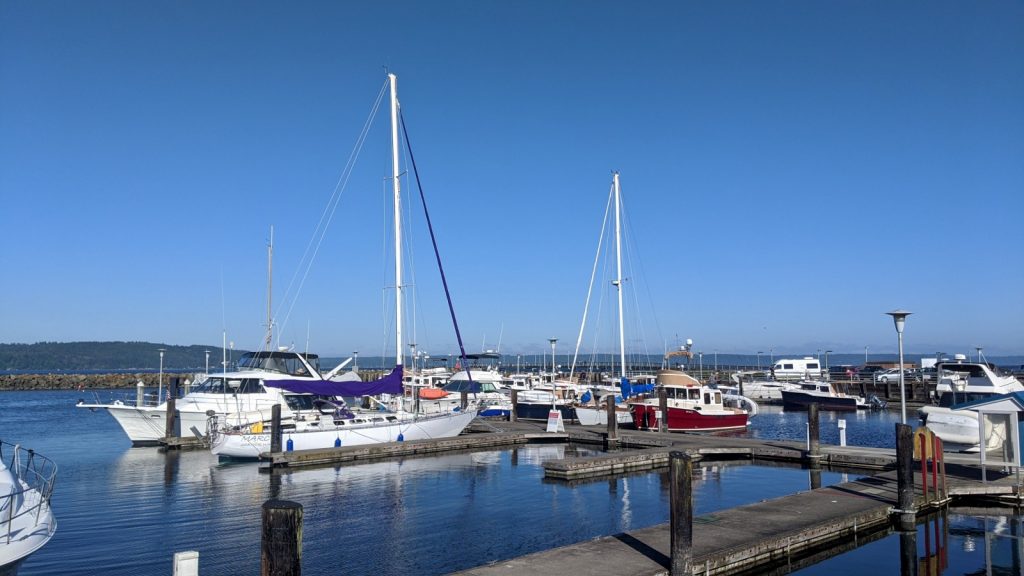 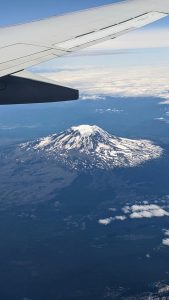 That Friday I woke early to hop a late morning flight to Colorado, arriving there in the early afternoon. My son met me at the airport, delivering me some important tools I left in Colorado, and to hang out at the airport for a few hours while we catch up over a meal. Before the sun even began to set I was back on an airplane to return to Washington. If you love sunsets take a west-bound flight at 8 PM in July. The three and a half hour flight chased the sun desperately trying to hide behind the horizon the entire way. It was pretty damn cool.

Saturday morning we prepared to get back on the water. Kerri dropped in at the farmer’s market going on right up the dock, while I prepared the boat for departure. By 11 AM we were ready to pull out of our slip and fill our fuel tank at the fuel dock just a few yards away. Our last fuel-up was November of last year and we knew there was a lot of motoring to be done in the south Sound. Of course, just as we wanted to leave two things happened; 1) every other boat in the world was pulling up to the fuel dock, and 2) the wind picked up in the one direction that was not helpful at all. As I waited for an opening at the fuel dock, my brain focused on all the things that was going to go badly during the backing out of the slip. We watched other more capable and maneuverable boats make a scene in the wind, and Meriwether is far worse than these little tugs and their bow-thrusters. There was nothing I could do but sit there and stress about how badly it is going to go for us, and by the time we finally got moving I was in full panic – complete with shaking limbs. In the end my experience and knowledge of what might happen because of the wind also gave me the insight of how to deal with it – I think. This year I have stopped being such a wimp on the throttle in tight spaces. I know what Meriwether needs to move and turn her, so I give it to her. A big burst of power here, crank the rudder, another burst, rudder that way now, and finally another burst… and we overcame the wind and dock conspiring against us. My panic was completely unwarranted. Even our pre-warned neighbor boat gave us a complement on our abilities – with a “You sure made that look easy” as we left. Yes we did. Salty achievement unlocked! After taking on our fuel we stern-line-sprung off the fuel dock like pros – a sprinkle more salt please – and happily turned to the exit of the marina. Hopefully it will be months before we come back again. 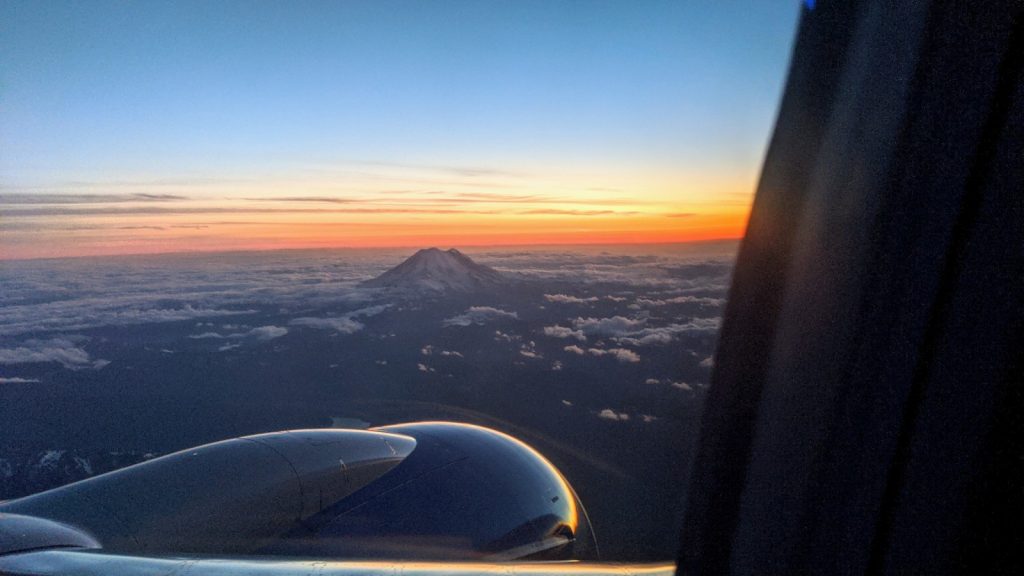