Hanging out with Stardust

While docked at Port Townsend last August, only two months into our sailing lives, we met John and Kate on their beautiful 43 foot Hans Christian, Stardust. The Hans Christian is a second-cousin to our Baba. Not directly related but you can see a lot of similarities thanks to good genes in the early line of Hans’ which was a direct relation. After hanging out with them for an evening, we were invited to their place any time we were in the south Sound. So when we started south, John made sure to contact us and arrange a weekend to drop in, which perfectly aligned with our route directly past his place – unbeknownst to me when I planned our route. Their place was only a few short miles from our last week-long anchorage of Dyes Inlet, and with the fickle wind that day playing ‘puget-sound-nice’ as usual, we motored into the small bay where Startdust was sitting pretty on a mooring ball. John came out to meet us on his stand up board to show us a good place to drop anchor. Taking his advice we set the hook and got to finishing up some chores before our evening socializing. 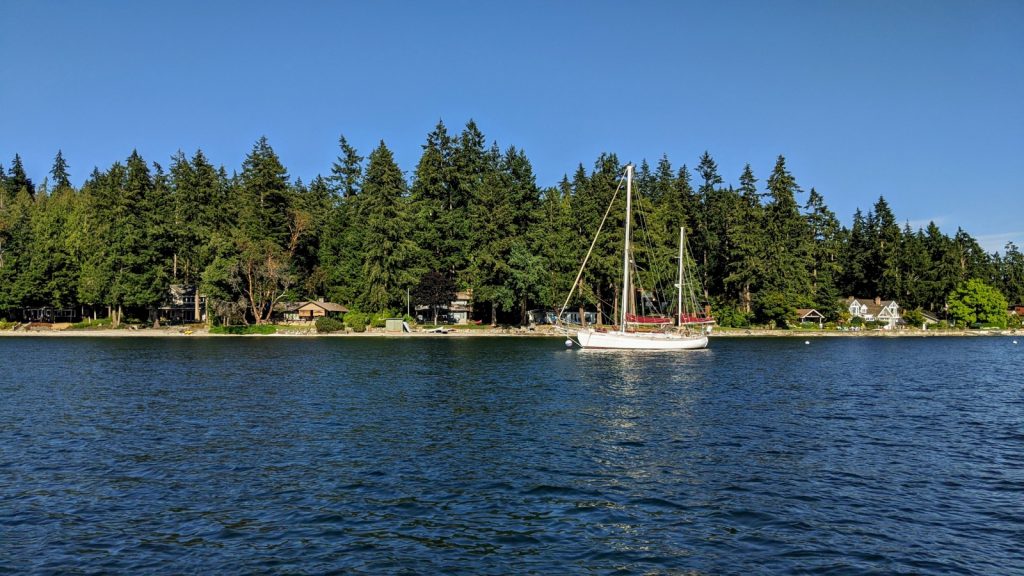 Two nights we spent hanging out with these two great people, while keeping socially distanced of course. We ate BBQ chicken meal one night and Pizza the next (I did say they were my kind of people, right?) while we sat out on their patio overlooking Stardust and Meriwether together in the small cove. Drinks and stories ensued for hours, well past the very late sunsets up here at this time of the year. We even spent one night at the fire pit for some s’mores. The weather, for once, was perfect for sitting out after the sun dropped and we took full advantage of it. Ah, it was good to see these two. Hopefully our plans coincide in a few more months to sail with them back up near the islands. 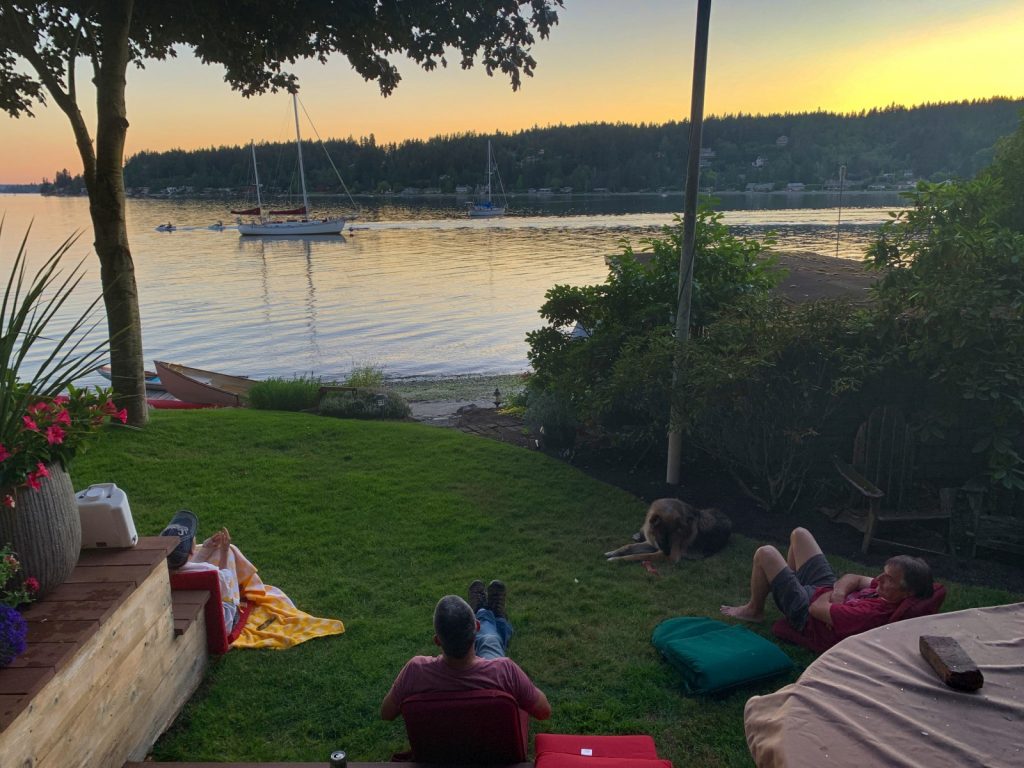 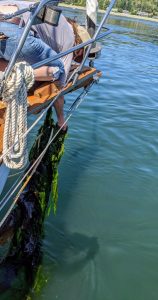 After our two night stay we were set to move on for the work week. As we started pulling up anchor we were attacked by the seaweed monster again. The chain, a hundred feet of it, was completely tangled with seaweed which Kerri tried her best to clear while I sat back and took some photos of the struggle. Eventually we would get the chain up, but the smell would come back to plague us within 48 hours. So many small bits of drying – now decomposing – seaweed were still tangled in the chain links, which go into a locker right at the head of our bed. We realized our mistake on the first night after, and by the second night we were in serious trouble. I would be forced to pull all 220 feet of chain up on deck, clean out the anchor-chain locker, and hose down each individual link in the chain to clear it of any leftover seaweed. It was hours of work, but the payoff was worth it; no gross bottom-of-the-sea smell at our pillows. 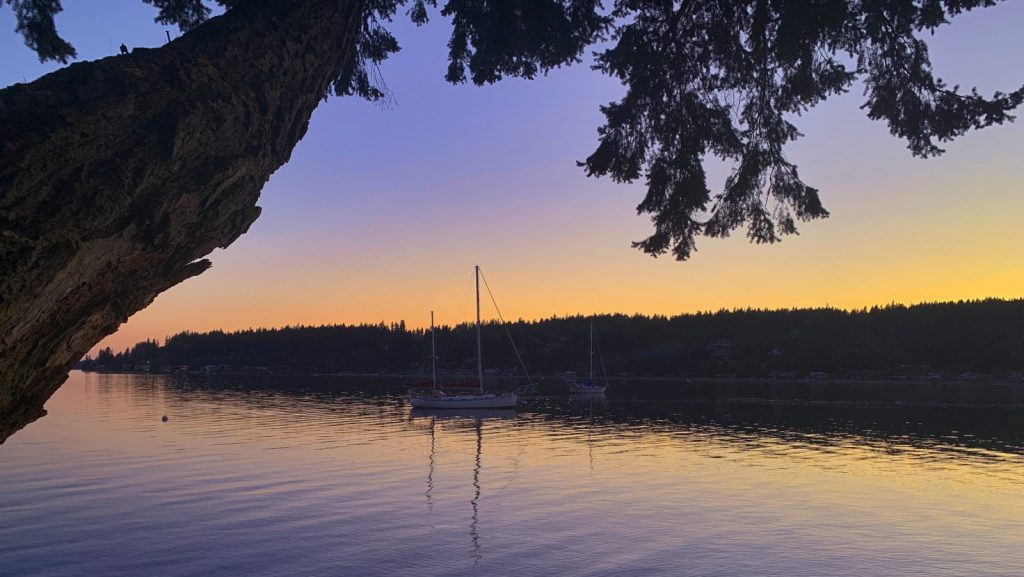