It was a 15 mile travel day, with no wind to speak of… once again. We knew all week that there would be no wind for the weekend, when we could travel. Unless we wanted to stay on Patos Island another week – with no guarantee of wind the following seven days either – we were going to be motoring anyway. And motoring we did, for more than three hours, on our way to Roche Harbor, where we had yet to visit, even by land.

Two thirds of the way to Roche we did get another marine-life treat. We have seen them all season long, usually from a fair distance, but this time they came over to check us out. A large pod of harbor porpoises were doing what ever they do when we passed by, so a few popped over to Meriwether to see what all the noise was. It was our first up-close porpoise/dolphin experience, which really helped with the level of excitement during the long boring trip. 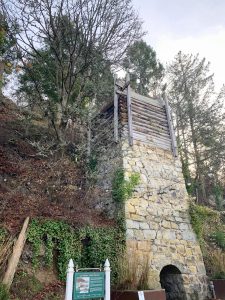 One of the lime kilns at the water front

We pulled into a nearly empty marina at Roche Harbor with only a few other boats on the guest dock. We kept our distance from them all so we could rock out in the middle of the night if we wanted too – not that we ever do, but you never know. We had some groceries to restock, and we were hoping to find a source of firewood here too (we did not), but first we set out to walk the tiny town to see what it has to offer. Not much I must say. I know this place get’s stupid-busy during the summers, but in early November it is mostly a ghost town. So we kept walking. 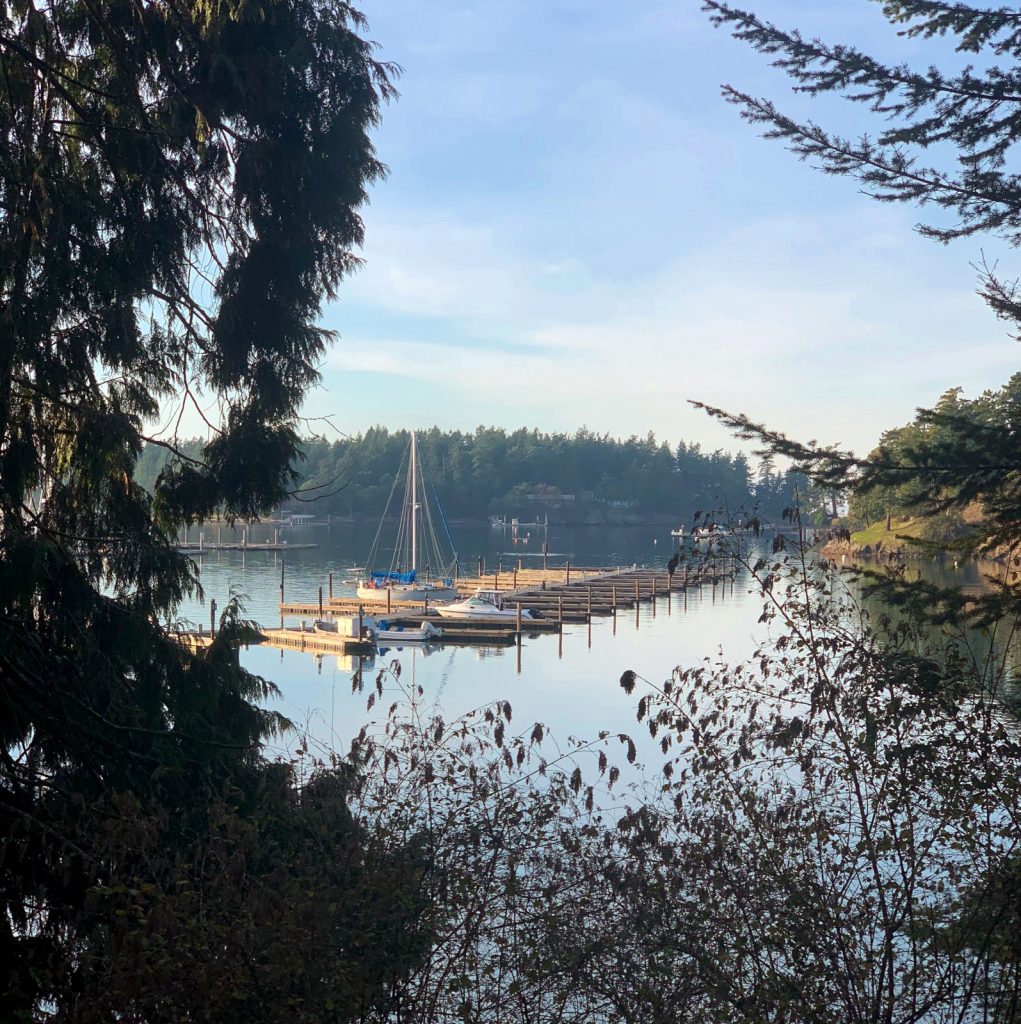 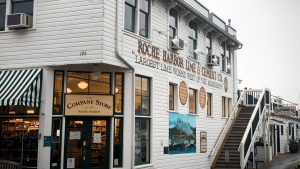 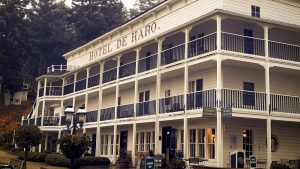 Outside of town, just a few more minutes walk, is the old cemetery, which is cool enough on it’s own. A little further past that is the McMillin Mausoleum. When Kerri suggested we go see it I didn’t expect this. It was a huge thing, in the creepiest of setting, and so awesome because of it. 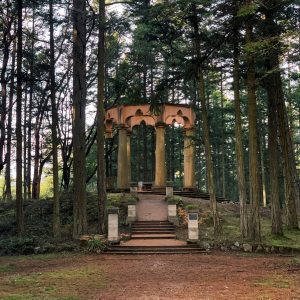 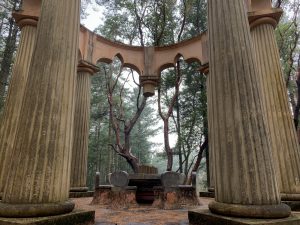 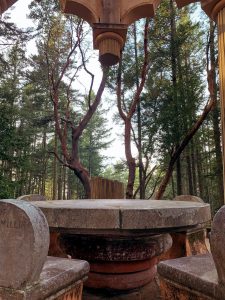 That evening we enjoyed a meal at the dock side restaurant and a nice hot shower before climbing into bed. In the morning all we had to do was move Meriwether over the the pump out station to rid ourselves of last week’s waste and we were ready to move on to other adventures. We were both happy to have popped into Roche Harbor, but we prefer a more wild environment for our day to day life and I had a great place in mind just a half hour away.