Ever since our visit to English Camp in the van – a part of the San Juan Island National Historic Park – I have wanted to return in our boat. I can’t explain why, but I did. Heck, I wasn’t even sure the cove outside of English Camp could even accommodate Meriwether’s draft (it did), but I wanted to anchor there anyway. Eventually it became part of the float plan for our final twirl around the San Juan’s before heading out in the van for the winter. It sure beat sitting in a marina. 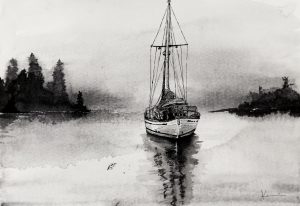 A drawing of Meriwether in the bay – by Kerri

The trip over from Roche Harbor to English Camp was only 2.5 miles, slithering through narrow waterways and between bodies of land, powered by our diesel motor again. Even if there was wind, we could not have sailed this due to the narrow passages, so no loss. We arrived to an unoccupied Garrison Bay. Only Gull Island in the way, a few hundred yards off the camp shores. The water was glassy, and would stay so all week. We chose our spot to drop anchor and failed the first attempt, so we picked up the anchor and tried again a few dozen yards over. It hooked, and we were home for the next five nights. Going to shore would be made easy with a dinghy dock not far away at all. Moose approved. 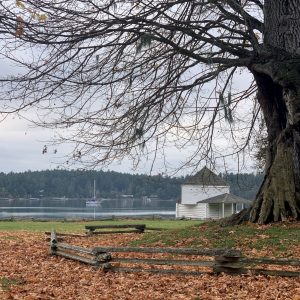 Even though we have already toured the camp, we did so again. Moose got to sniff and pee for a while. I played in the thick leaves left by the old trees in the camp. Days later, the three of us would take the trail on a 2 mile loop through the forested land where Kerri was looking for mushrooms and Moose did his normal thing again. It was pretty much the only two times Kerri left the boat. Moose and I, on the other hand, were back on shore a few times each day. It isn’t every week that we have such easy access to a grassy field, so the Chuck-It I found a few weeks back was pulled out so Moose can get some serious running in. 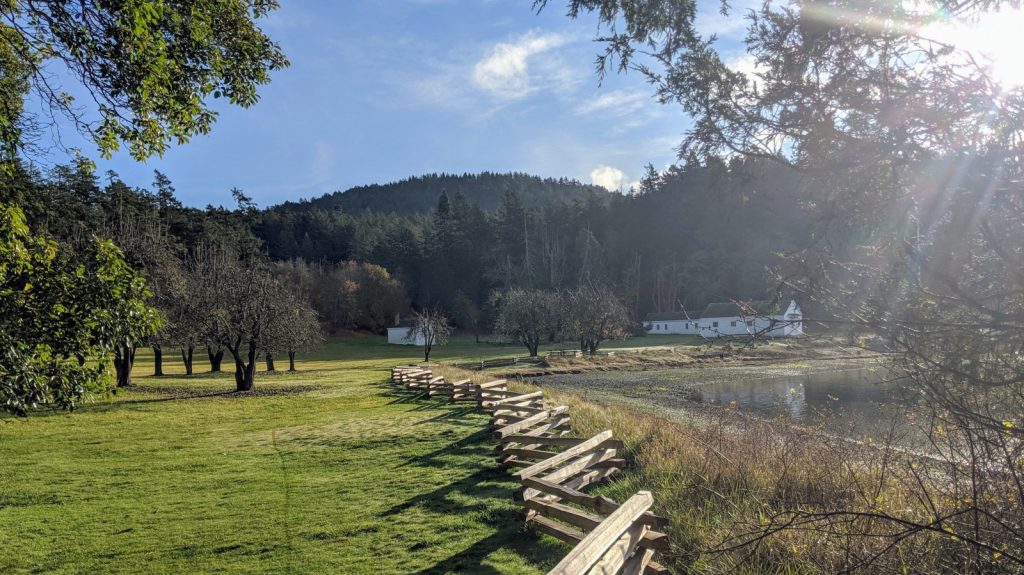 We took it pretty darn easy during the week, and mother nature did the same on us with morning fog, early sunsets, and smooth waters all week long. Garrison Bay proved to be an extremely pleasant place to anchor for a work week. Quiet and peaceful with easy access to shore for Moose. They should all be so nice. 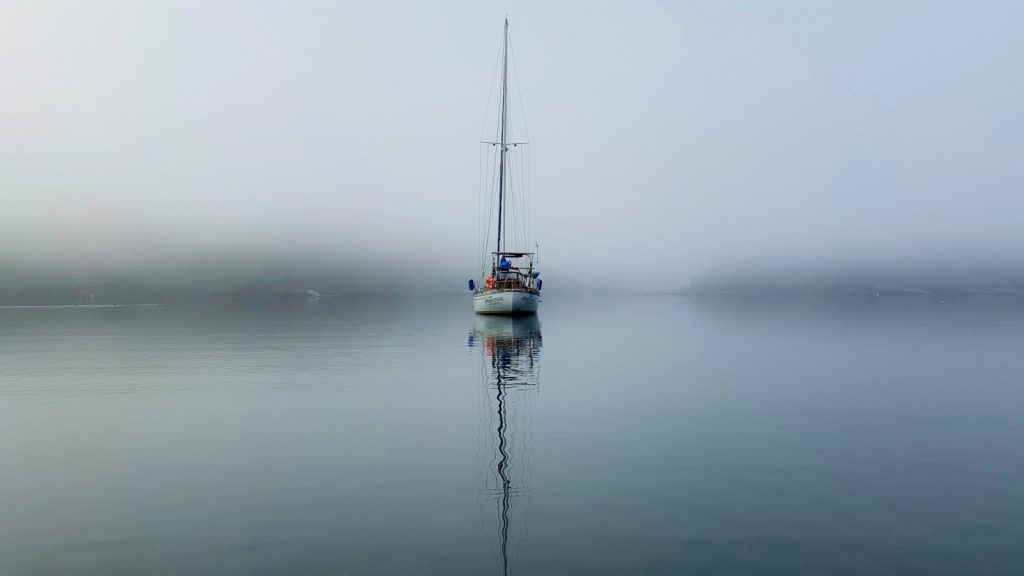