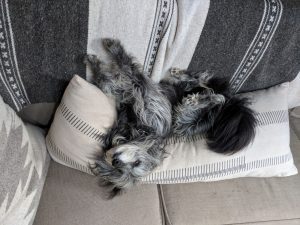 Not only does he know how to play, he knows how to relax after

We pretty much had the place – the mooring at Flagler – to ourselves this time. It appeared summer was over and people were throwing in the towel. Sounds great to us. Again we stayed for the three day limit our state parks pass allows us to stay for free. Beautiful sunsets and morning fog were the name of the game. And when the opportunity to take a hike arose, we accepted the challenge. It was nothing of any importance, just a few miles along the coastal trail to visit the old batteries and lookouts. Moose, more than anyone, enjoyed the five or so miles walking that day. Speaking of, Moose turned six at the beginning of August. I feel bad he does not get as much hiking or running around as he is accustomed to in his six years of age. While he is adapting well to boat life, he really is a land based dog in need of hours and hours of chasing rodents to really be happy. 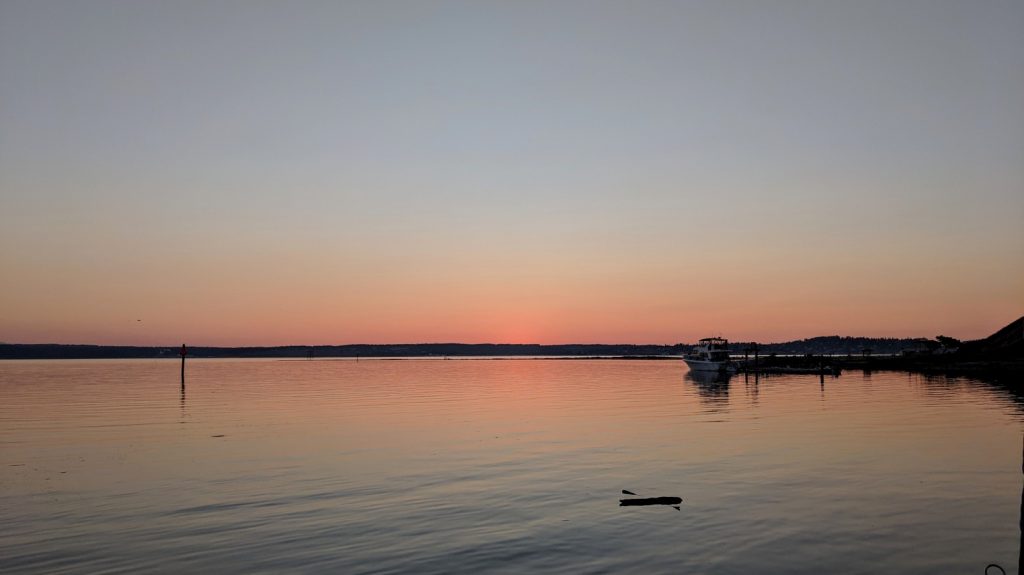 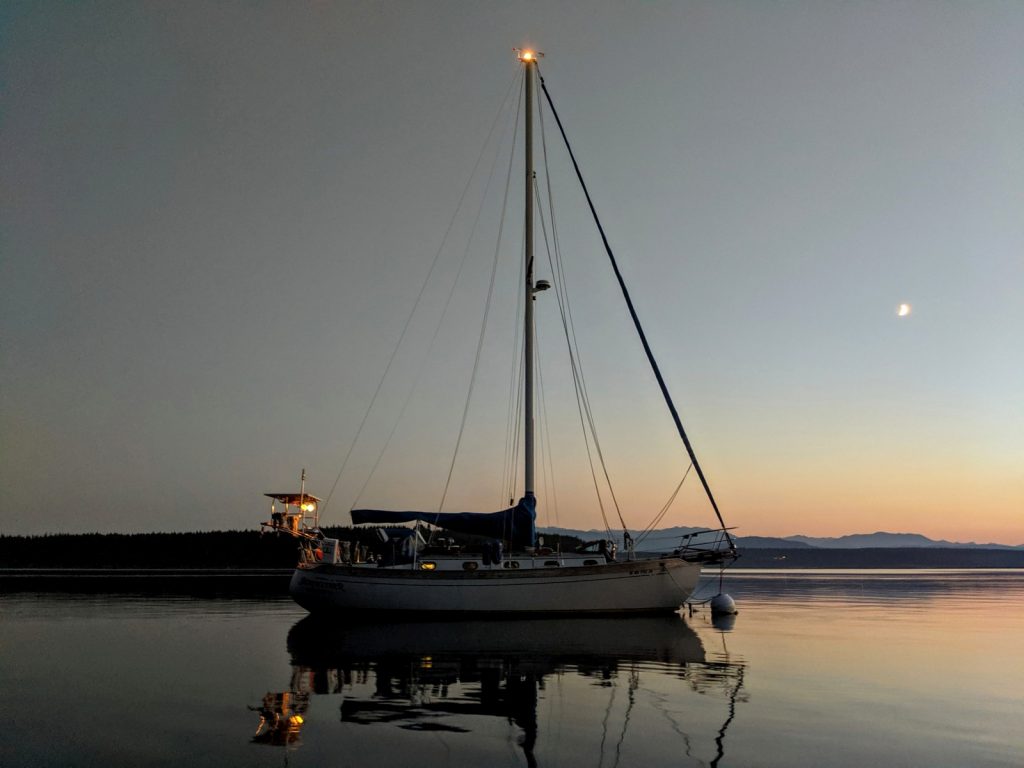 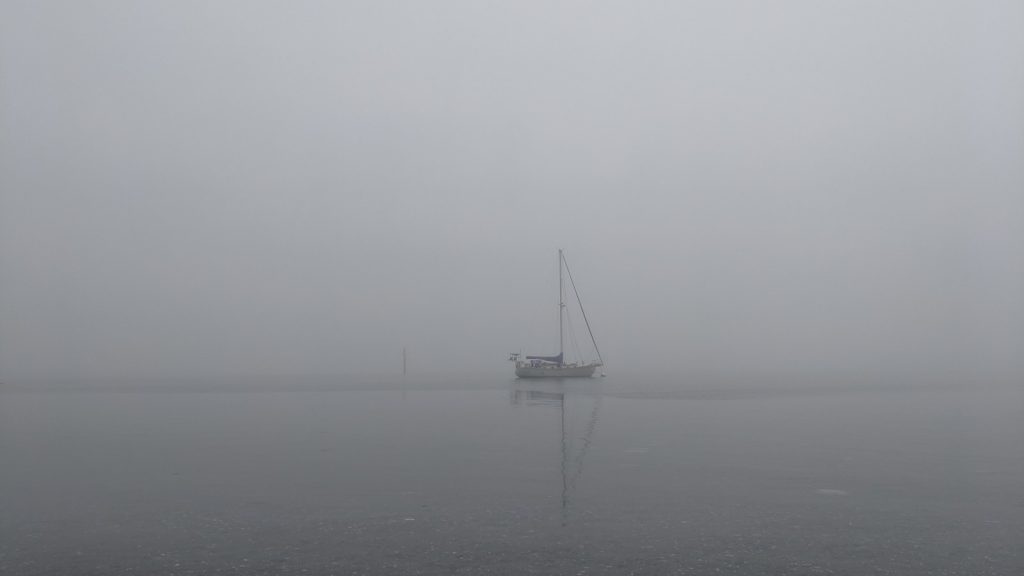 Meriwether peaks through the morning fog as Moose and I are on shore for a relief run.

At mid week we motored the half hour to Mystery Bay for a repeat there as well. It too was quiet, with no other boats moored. We had the place to ourselves again and continued to take in the sunsets each evening until the end of the work week. I’m not sure Kerri ever set foot off the boat until the morning that we left. Moose and I would go to shore a few times each day so he could romp around a bit and use the bushes. 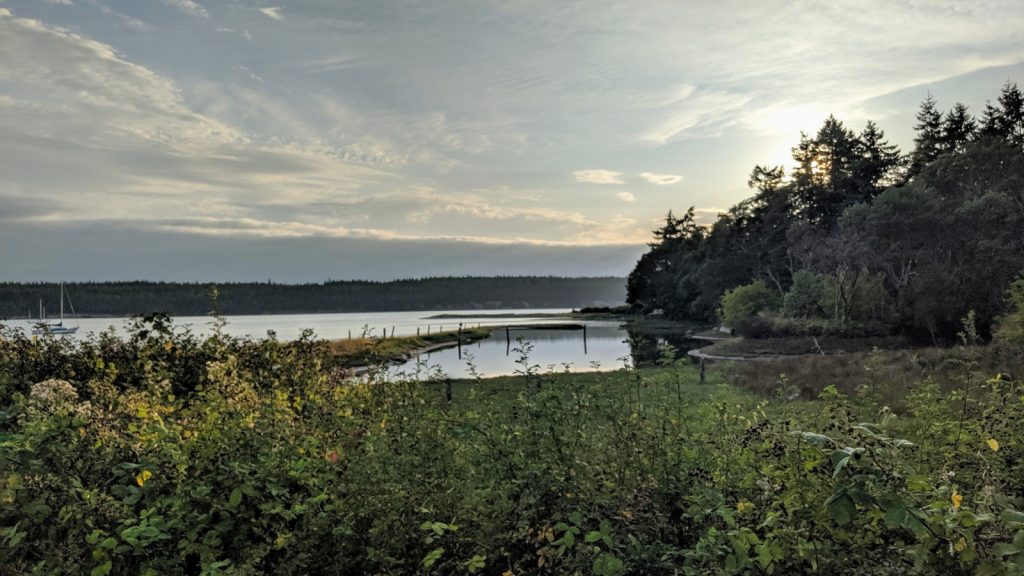 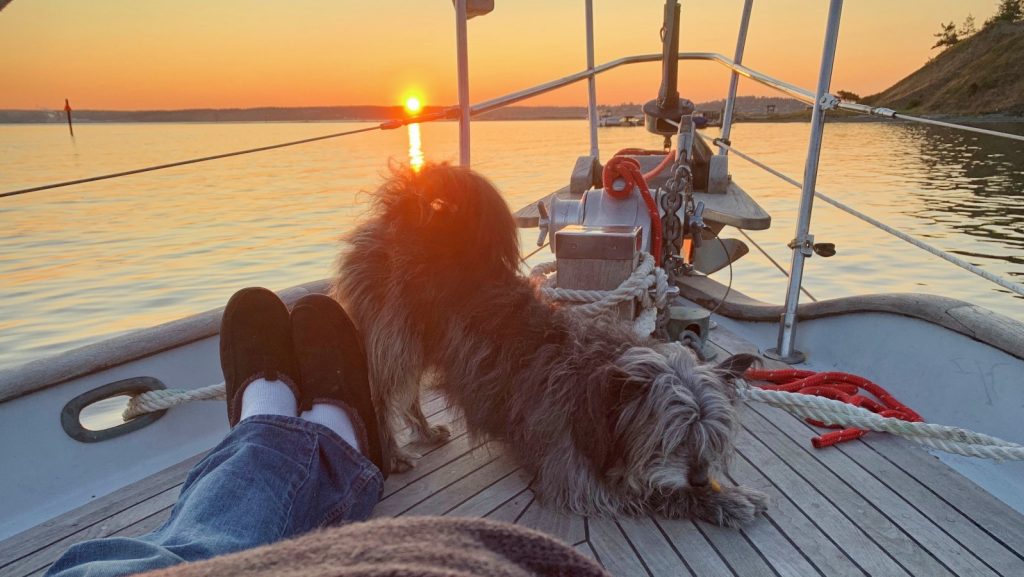 Moose joins us for the sunset and a rawhide 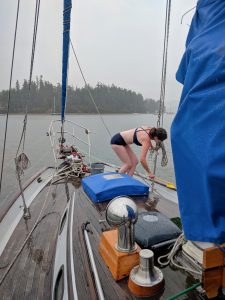 The rain made a proper appearance on Saturday morning. It was coming down hard enough to convince Kerri to slip into her skimpies and get out on deck with a scrub brush. After a couple photos I joined her and we gave Meriwether a good ol’ fashion nature bath to clean off as much of the salt, algae, and bird poo that builds up over time. We fired up the wood stove to dry and warm ourselves after.

As the rain cleared we set about our chores in preparation of the up and coming move. Mystery Bay is a great place to use the pump out facility as it is easy to access and free. I have been struggling with our black tank systems over the months. It has been taking forever to pump out. I think I figured out the problem last week (while trying to unplug our tank vent hose) and things were going much faster this time around. Two week ago, when we pumped out here, I must not have gotten the tank empty as we were full to the brim this time around. I let it pump for as long as it needed this time… getting Kerri’s concurrence before pulling the hose. Meritwether’s nose raised a good three inches out of the water once complete. 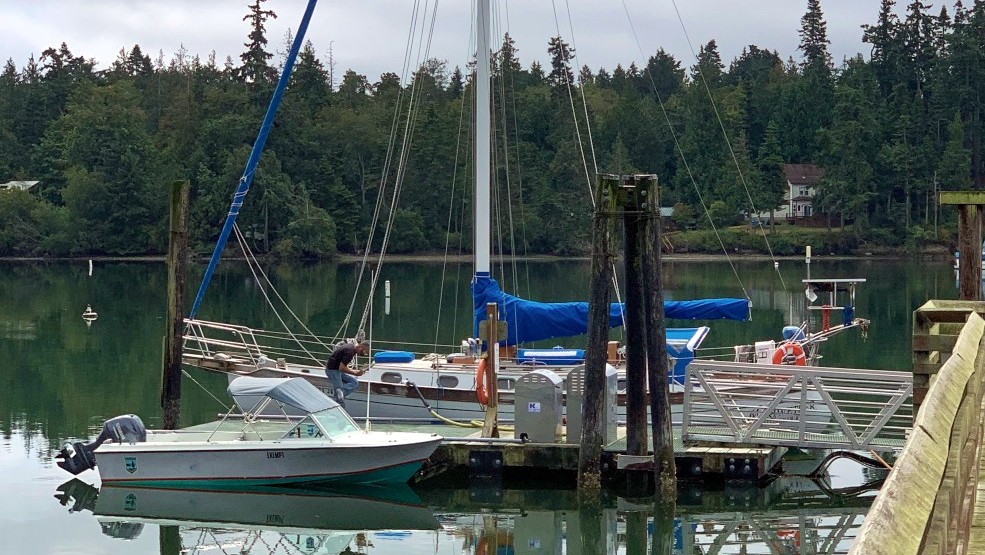 By mid afternoon on Saturday we were back at Flagler for a single night’s stay. This positioned us for a quick jump into Port Towsend Bay the following day for our long sail to next week’s destination – Port Ludlow. 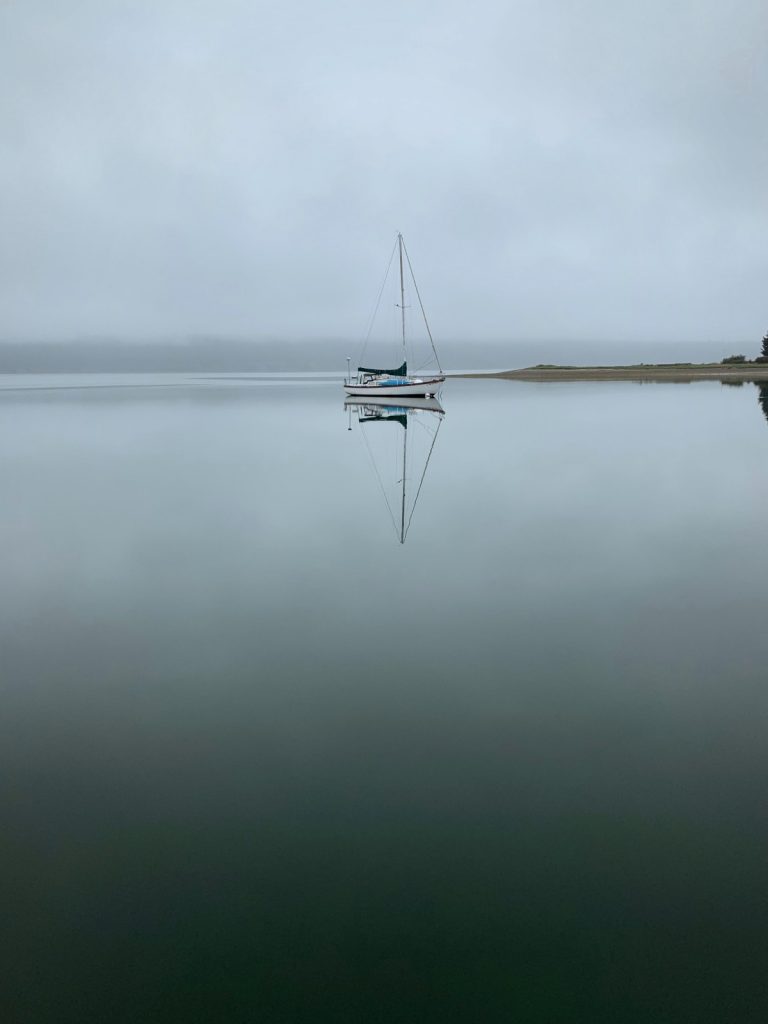