We passed under the Golden Gate Bridge one more time, this time headed westward. The morning sun had already lifted the fog, affectionately known as “Karl” in this area, and was warming us through the our multiple layers. Halfmoon Bay was our destination, just six hours away. Sadly, not a one of those hours would be sailed as we had the choice of no wind, or no wind at all. 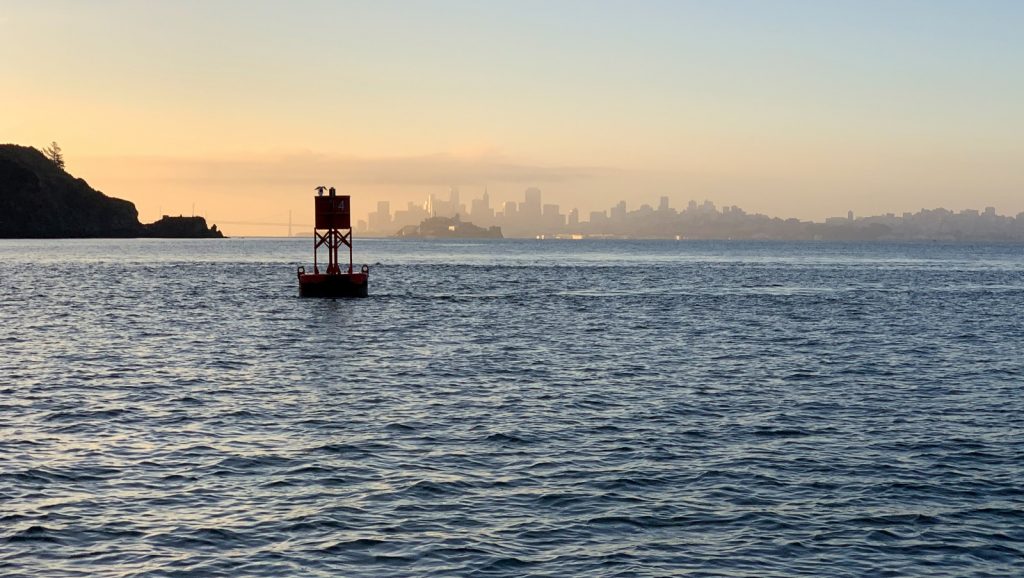 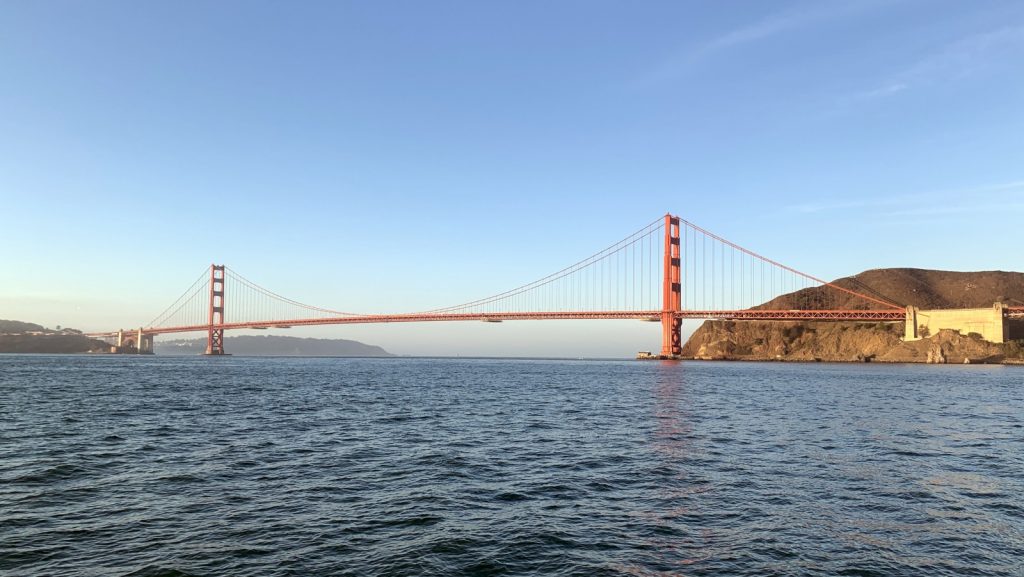 Not much of note happened during the time it took us to motor to Half Moon. Kerri and I took our turns up in the cockpit while the other rested, worked, and napped – which ever came naturally. Just one navigational issue to think about, and that was the bank just before our entry into the bay noted as “breakers”. We, of course, want nothing to do with breaking waves in a sailboat, so we steered well clear – following the path marked by buoys as we were taught. We hiked out to the point later to see what all the fuss was about… fuss warranted. 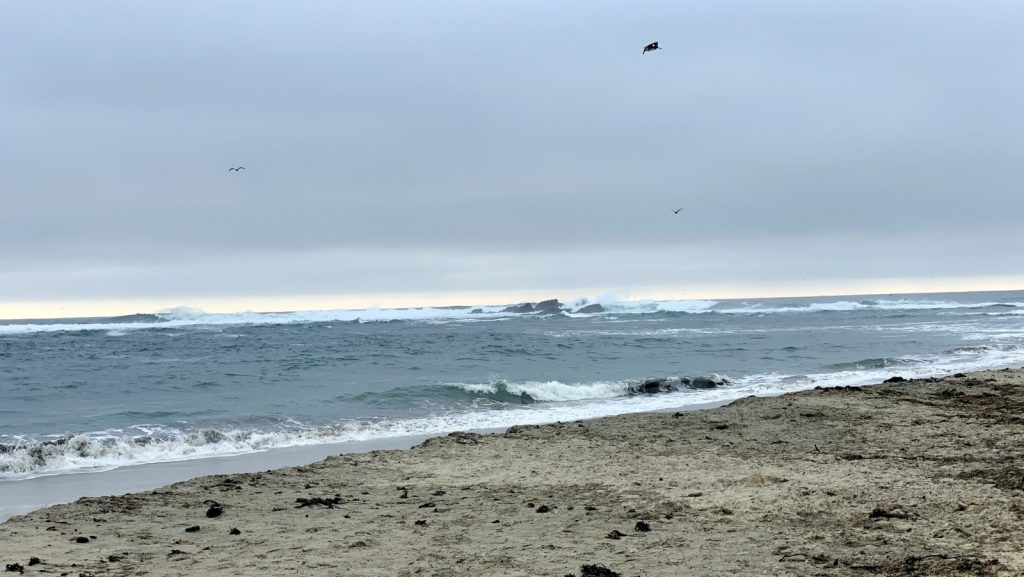 The bay part of Halfmoon Bay was huge. Large enough to sail around in and have a good time, even with the few other anchored boats. We were welcomed by hundreds – if not thousands – of pelicans perched on the break wall. Their stench smelled from hundreds or yards out and only grew teeth the closer we got. Inside, a ship wreck, a couple other boats anchored, and our first run in with the local sea lions who never sleep. Too busy grunting, barking, and snorting 24 hours a day to rest. We took up position, and set about eating at just about every place in town over the next few days while we waited for a weather window to sail – I hope – to our next destination. 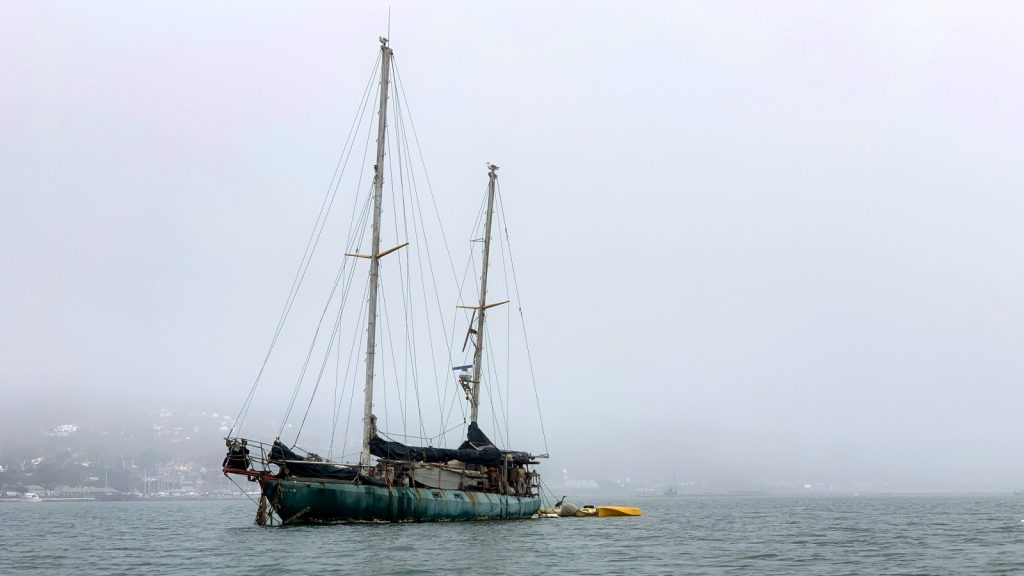 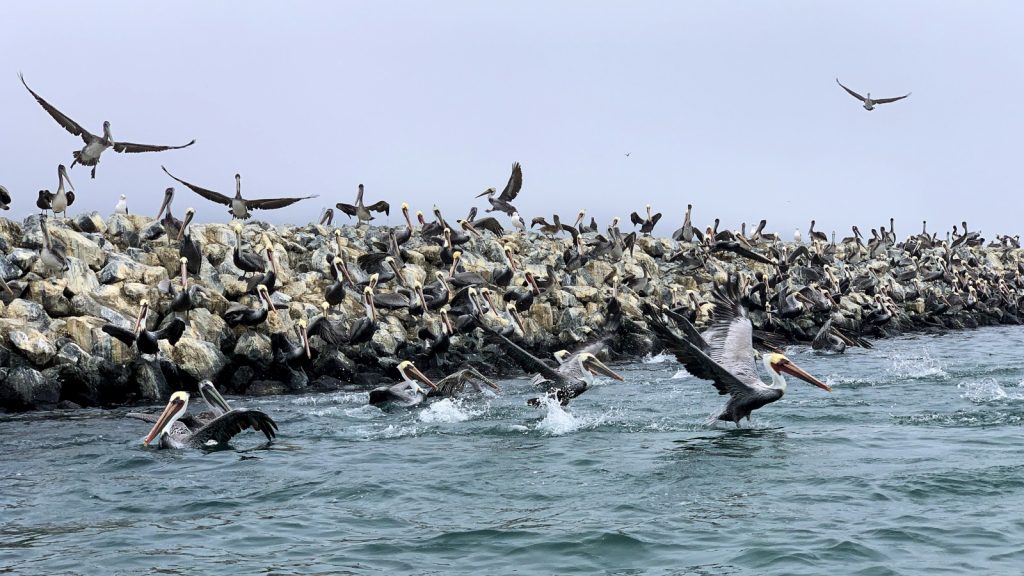 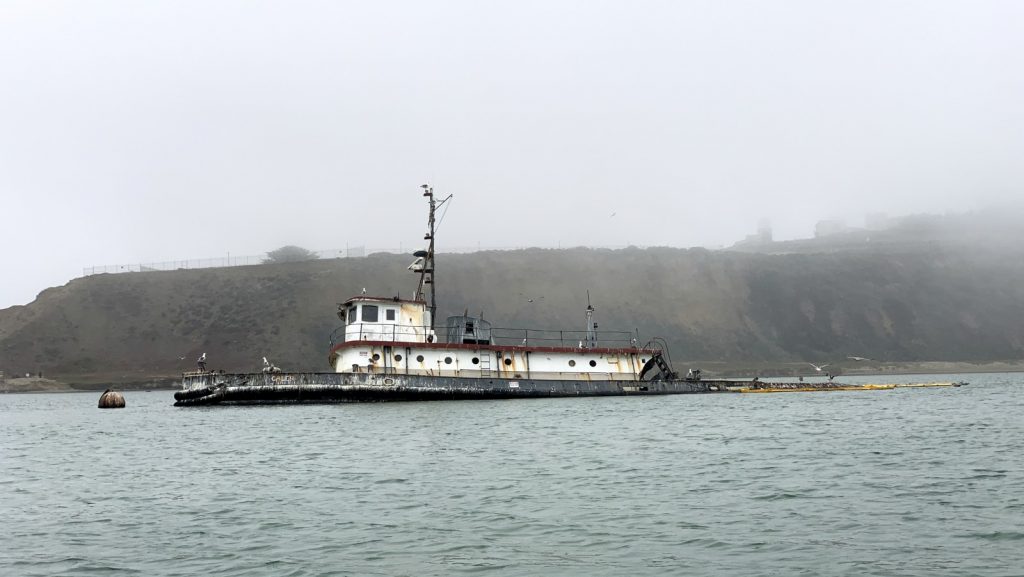 For the first time in a very long time, both Tim and I are feeling a sense of lightness and peace with no underlying sense of urgency — a totally new feeling since moving onto Meriwether. For the time being (until hurricane season far off in next year’s horizons), we don’t have any sort of impending schedule to meet (usually dictated by weather, or internet availability for work). We don’t have to get here or there before the northerlies or southerlies or figure out where we can hunker down for the winter. We’re just here, wherever we may be. We made it to near-central California, and we can take our sweet time to hop down to Mexico from here. Sitting here in Half Moon Bay, in the most protected anchorage we’ve had since leaving WA, we discussed how the weather tells us we need to either leave here tomorrow or wait for close to a week. So why not wait? There’s simply no deadline right now. (And we also don’t want to be too close on the tail of the Baja Haha, as we’d like to know we can still get fuel when we need it). The only big problem with taking it so slow through all these populated CA anchorages is that the temptation to eat out all the time is great, and it’s not so great on the budget. – Kerri