Already having been stuck at a dock for more then a week, we were excited to untie the lines and get back out at anchor. Boat-neighbors in Richmond told us of Paradise Cove just across the way, and with the itch in full swing, we took off to get back out at anchor for a few days. Paradise is only a few miles from Richmond, two of which was within the tight entry channel to the marina. Four more miles of sailing got us to our destination, where we dropped the anchor and settled in for a few day stay. Kerri took this opportunity to get in a friend-visit from her life here in the past. I believe it was the first time having kids onboard Meriwether. Their curiosity was refreshing. 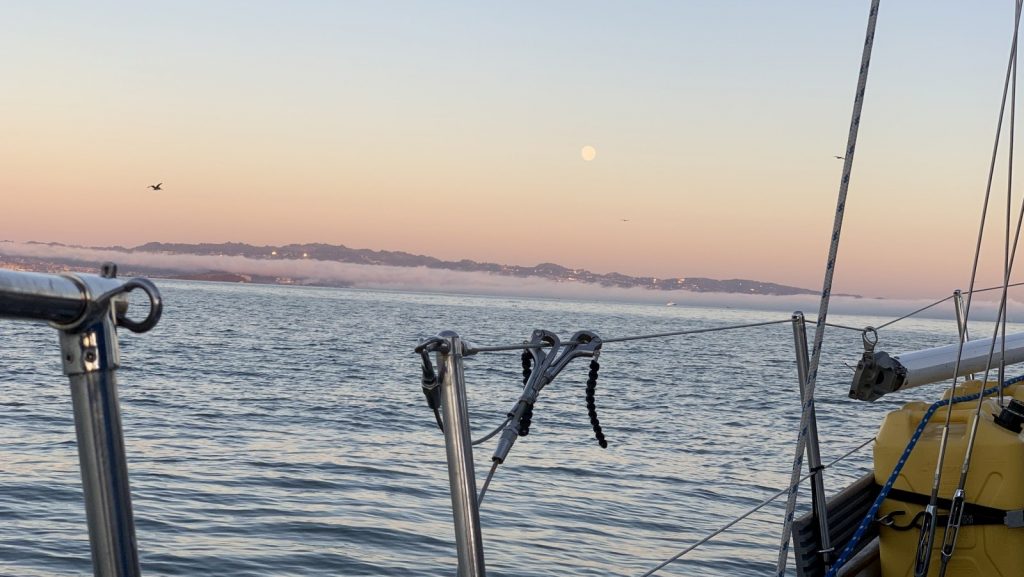 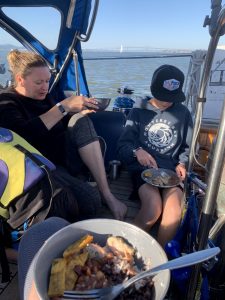 Unfortunately, anchorages within the Bay are not well protected. The weather we can handle, but the fast-ferries that run up and down the bay was a surprise. They are fine and all, but their speed kicks up a pretty good wake. By the time that wake reached us it was nearly invisible, yet the affect on the boat was immense. We could leave nothing un-stowed during our stay or risk it flying across the boat at regularly scheduled intervals for your convenience.  At 6:30am – every single morning but Sunday – the first ferry would speed past. It took two days of having to clean up a huge coffee-flung-from-counter-to-floor mess in the galley before realizing the consistency in the schedule. There was nothing to be done but hold onto the expensive things, and ride it out.

Tired and battered after a near-eternity in the rolling ferry-waters, we decided to move back to a dock. This time we would try a different marina closer to the airport in which we planned to use (more on that in a bit). Emeryville Marina lay at the other end of the Bay Bridge that we recently spent a night under (such a small place this is), just seven miles away. We would await the best weather window to sail and all was going to plan. T’was a gentle breeze on our beam thanks to the opening of the bay at the Golden Gate. We would pass by Angel Island that would shadow that wind for a few minutes, but as we popped out the other side the wind picked up again. Then picked up some more. And more. Kerri called for a reef to be put in (reducing the sail area), which I shrugged off as we were just tapping our reefing window. However, by the time I was onboard with the plan we were well past the window and shallow waters to our lee preventing us from our normal reefing routine. For the first time ever, we heaved-to and set about reefing while “stationary” in rough[er] seas [than expected]. I put “stationary” in quotes as Meriwether still sails along at about 2 knots even hove-to, thanks in part to the full keel that prevents our sideways movement that is the norm in this situation for other boats. This all went surprisingly smooth, and set back to sailing only to drop them all together within minutes. The wind was properly howling, and neither of us were wanting this frisky of a sail and we really didn’t have that much further to go. So we motored in the final mile without incident. 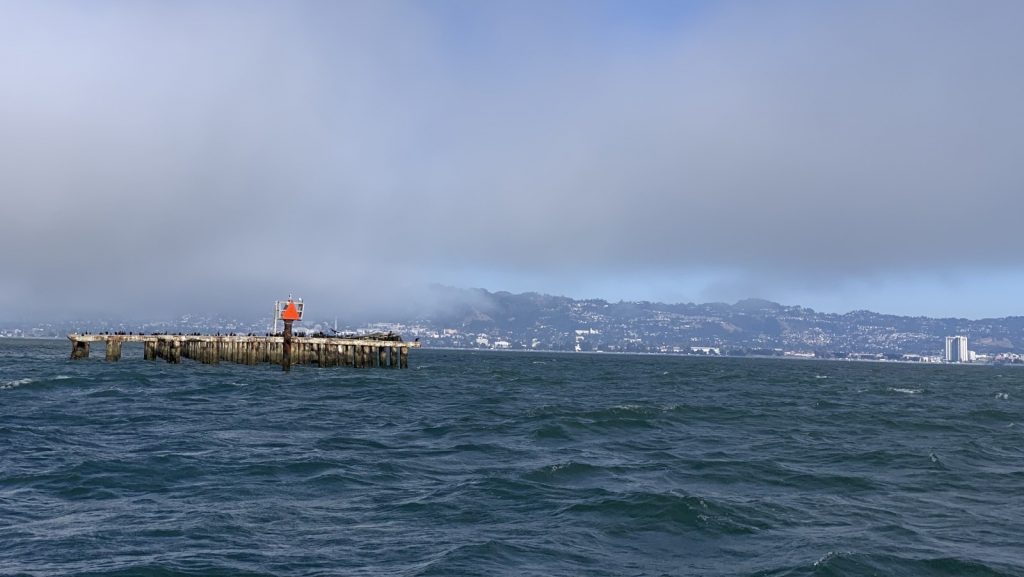 Photos never really capture the chaos in the wind and water

Once in Emeryville Marina the boat would not move again for weeks. Kerri and I would both jump on an airplane to Colorado. There I would visit my son for five days [not a single photo taken] while Kerri then took off with another friend in a rental car. Their destination was South Dakota to renew Kerri’s license, and see a few sights along the way – ’cause why not. Kerri and I would meet back at the Denver airport days later to return to our boat together, no one the wiser that we were on two completely different vacations. 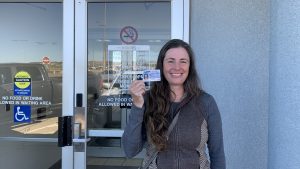 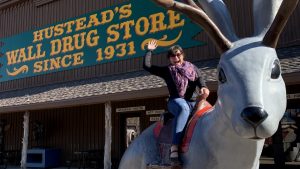 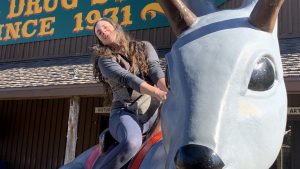 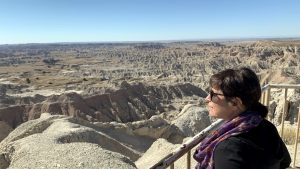 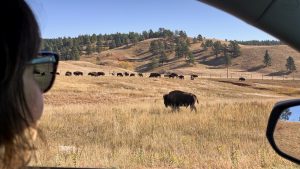 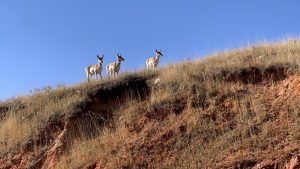 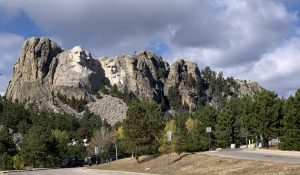 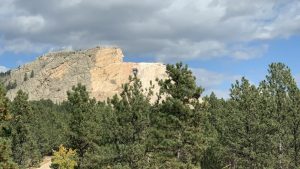 Back at Emeryville we got to fixing, shopping, and eating at many of the local restaurants within reason. Ikea was jut down the road – I opted out of that as I hate being treated like cattle. Just next door to the marina was an old-school tiki bar – I opted in for that one, of course. And a short taxi ride away was one of Kerri’s favorite restaurants in the area, which happened to be across the street from a smoker’s bar. That made for a great evening out – fully stomachs followed by a drink and a smoke. We would visit this place twice during our stay, actually. 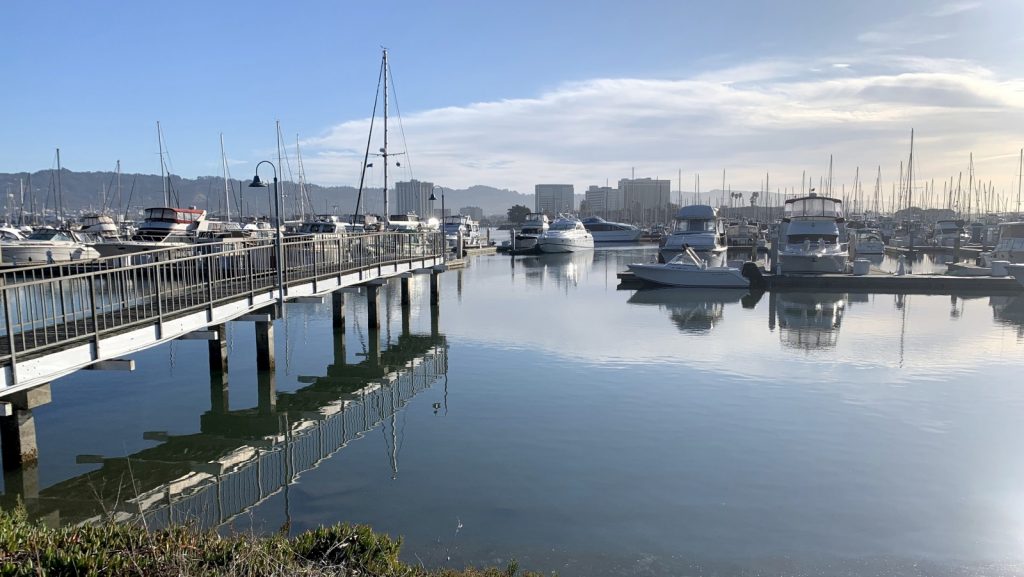 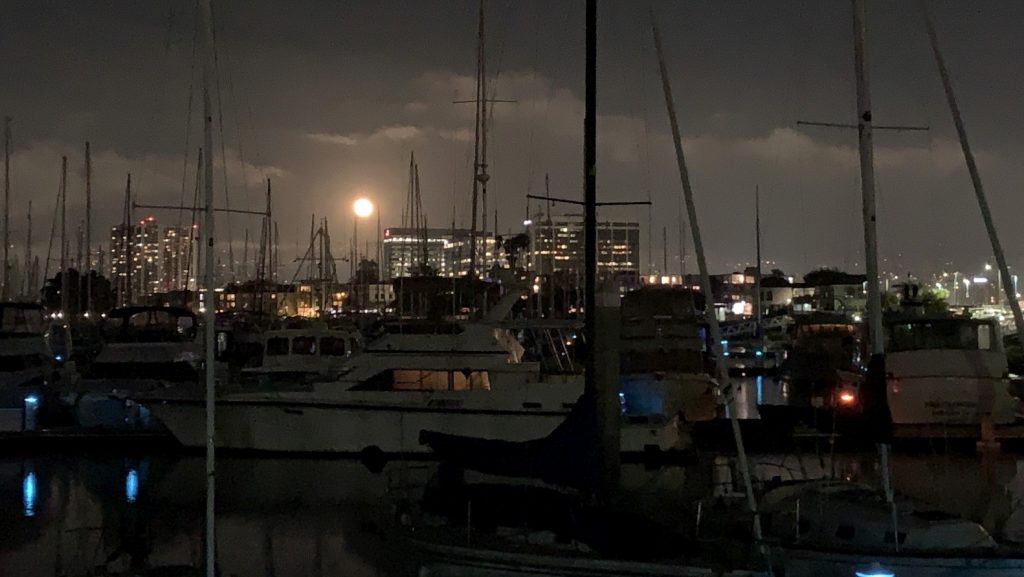 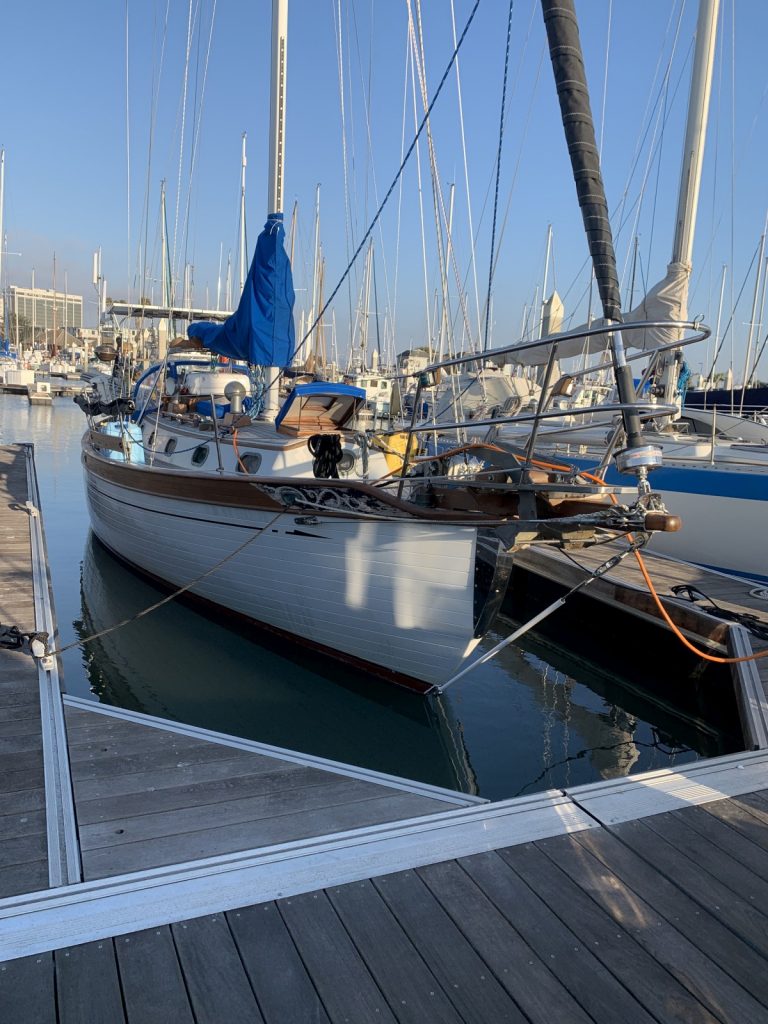 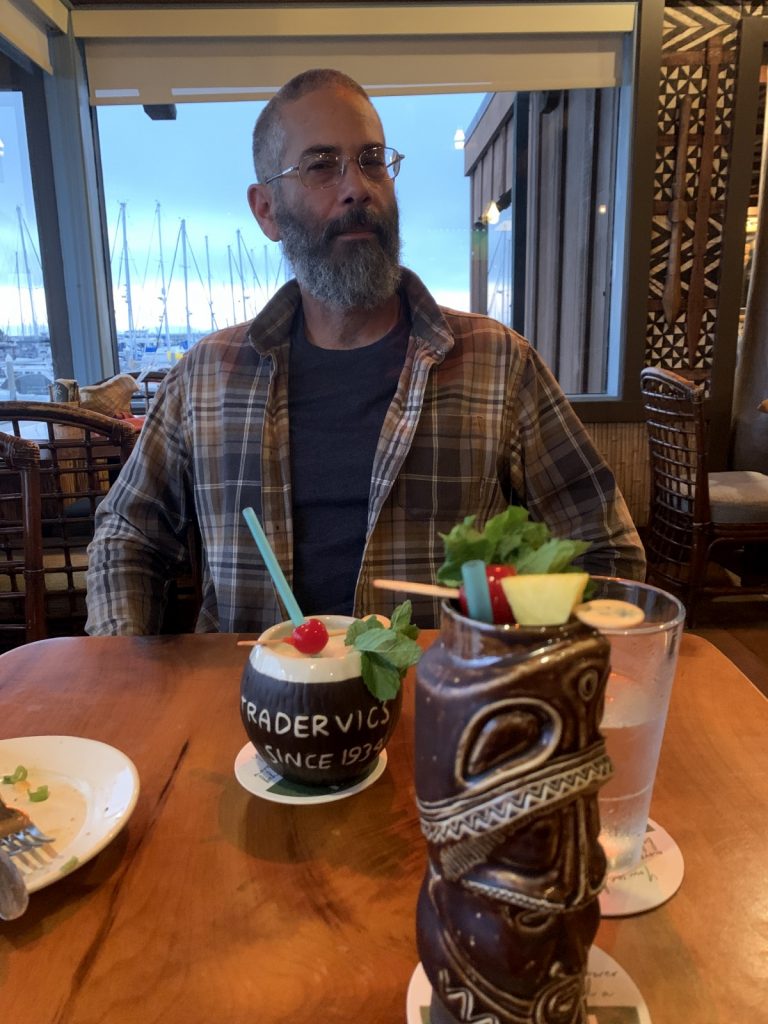 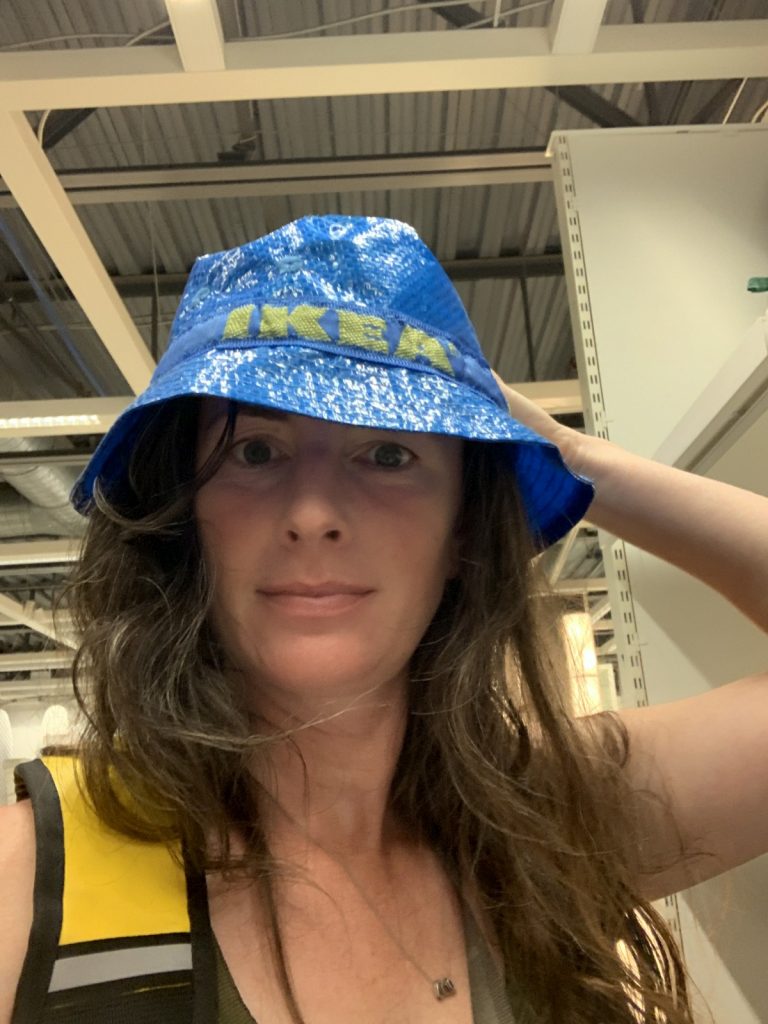 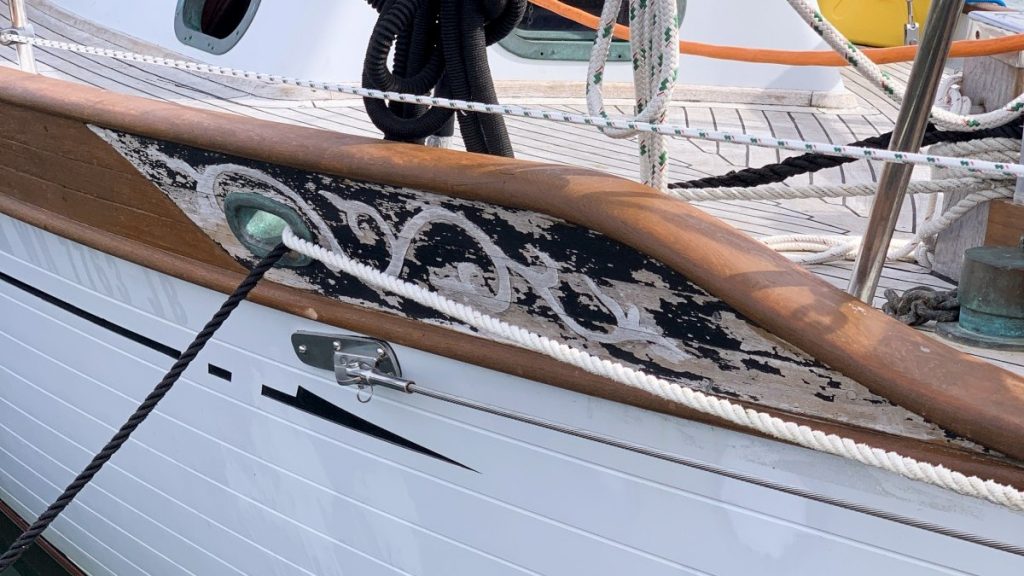 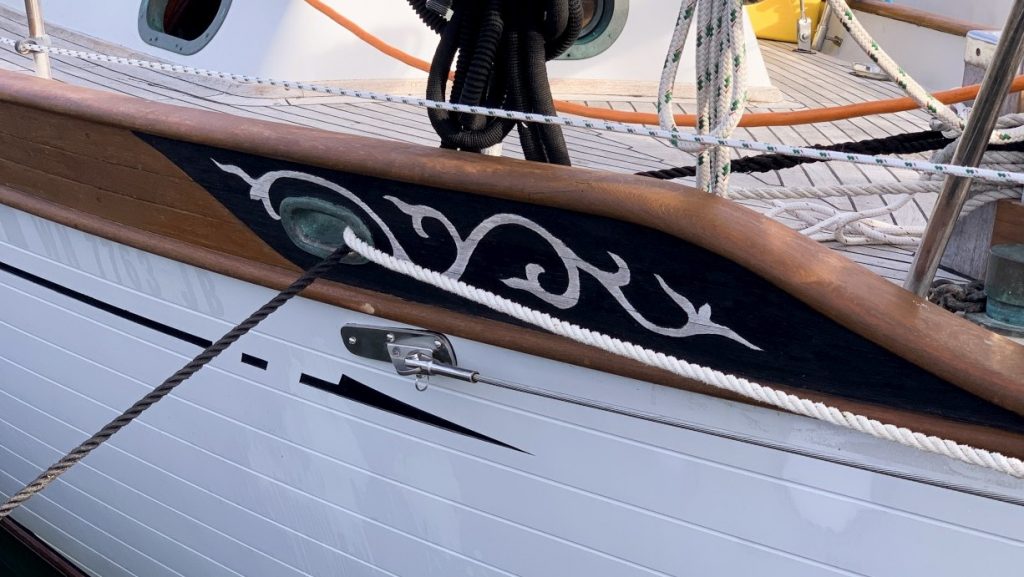 With the weather window opening up for a coastal sail to continue south, we pulled Meriwether our of the marina to visit one last location along the way; Angel Island. Not only was it along the way to the Golden Gate Bridge – our entrance/exit to the Bay – we both wanted to drop in for a visit. Kerri had been in her past, I had never been but always wanted to only because it seems so untouchable to me in my youth.

This would be our first time stern-mooring (I made up that term), where Meriwether would take a mooring ball on both the bow and stern. Knowing how poorly our boat backs up, I offered an option to moor on the stern first, then move *forward* to the bow mooring ball while releasing out the stern line as needed. The first attempt at this failed, due to how we ran the stern line and how strong the current was at the time. The second attempt worked just fine, and we settled into a two night stay. 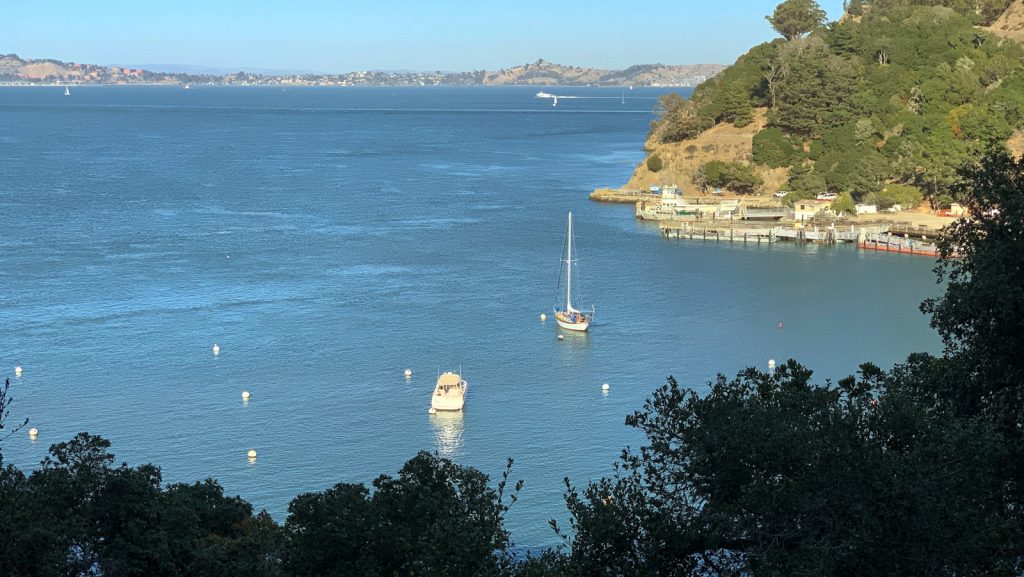 The two-nights allowed for a full day of exploration, and we did just that. Going to shore early enough to hike around the entirety of the small island. Not the most exciting place to hike, but then again the views of the city and the bridge while walking on a nearly-deserted island was pretty damn unique. 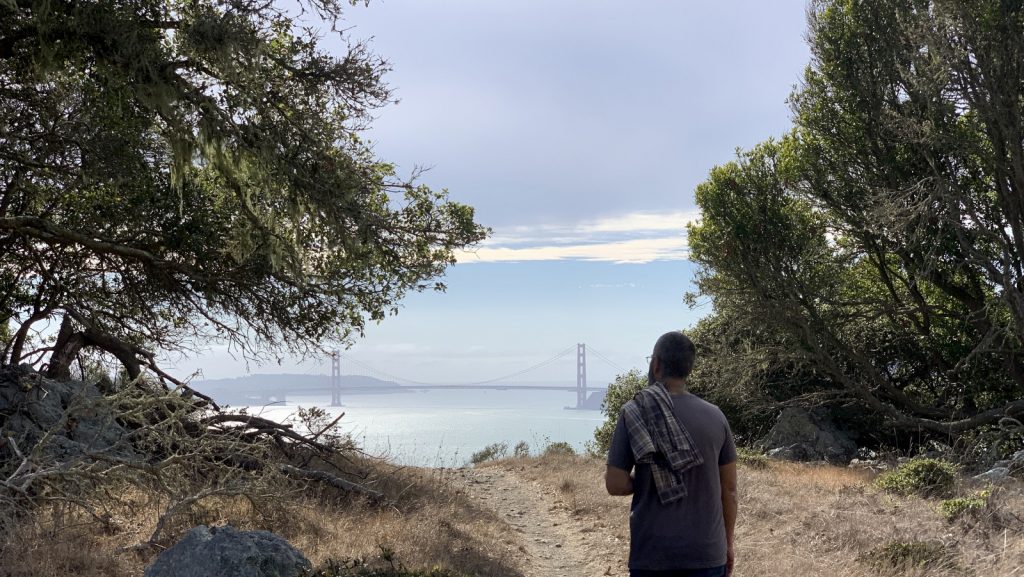 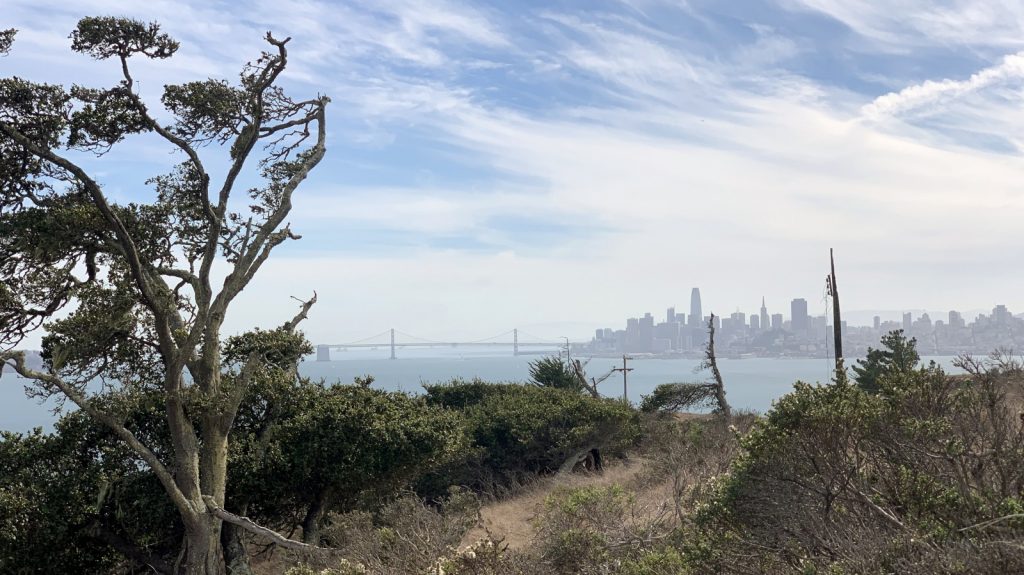 After two nights, we would wake early to catch the ebb tide towards the Pacific Ocean. We had stayed five full weeks in the Bay Area – much longer than expected – but it allowed us to knock out a few big things that we hadn’t even planned on. It also allowed a slower pace to life, something I personally was in much need of. The “rat race” of leaving Alaska, going through Canada, and getting hauled out in Port Townsend, then preparing to make the big left turn to sail down the coast… well, it has been a hectic year for me and I was extremely happy to sit still for a spell. 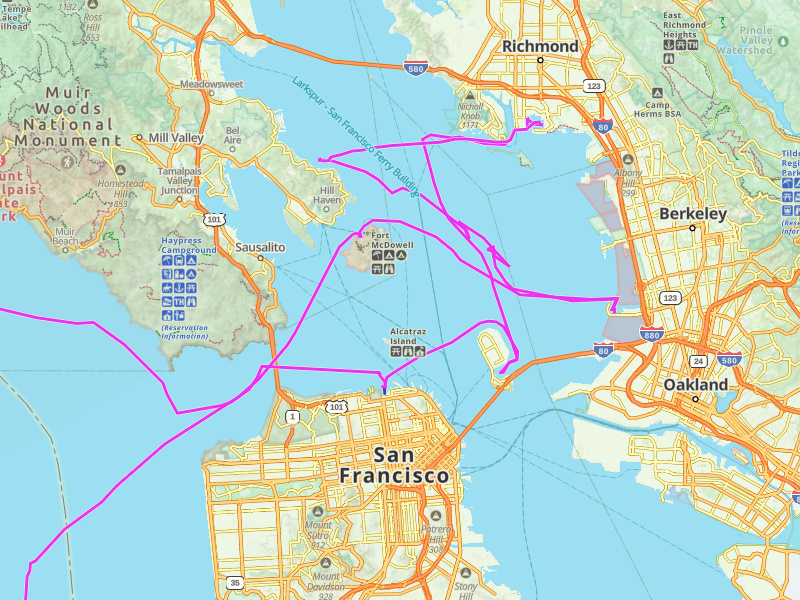