Upon arrival, Kerri and I spent a few days in the Aquatic Park anchorage. Partly for rest, but also because we both recognize that anchoring “under” San Francisco is a bucket list item for many people, and we should feel the same way. It also allowed us to step off the boat and visit a couple staples in our part of the city. Beyond the day one trip to In-N-Out, we walked past (because Kerri is not good with a map at all) then returned to Musée Mécanique which features many old and antique coin operated games. Kerri found her favorite pinball game and was wholly pleased to drop a few quarters. 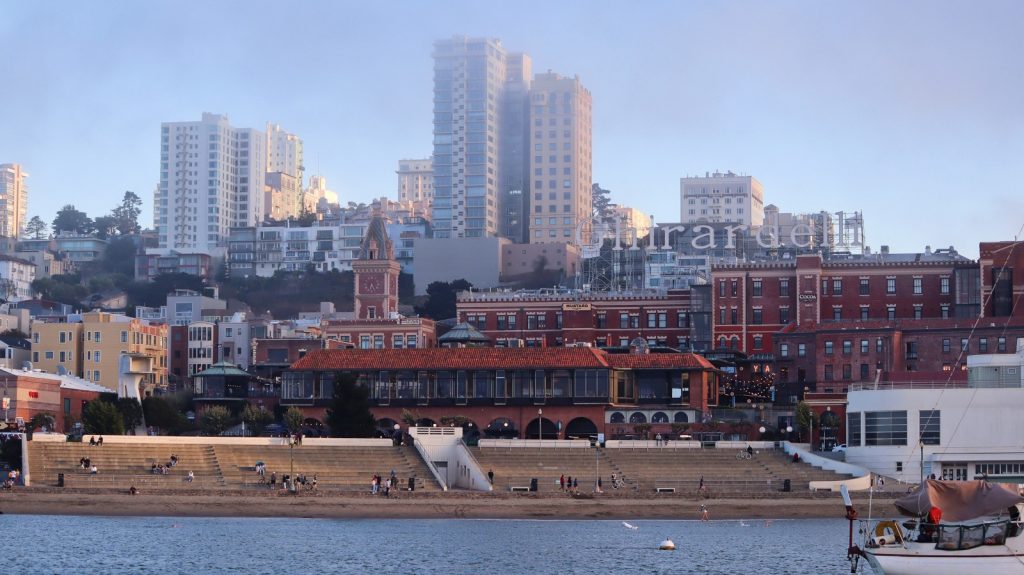 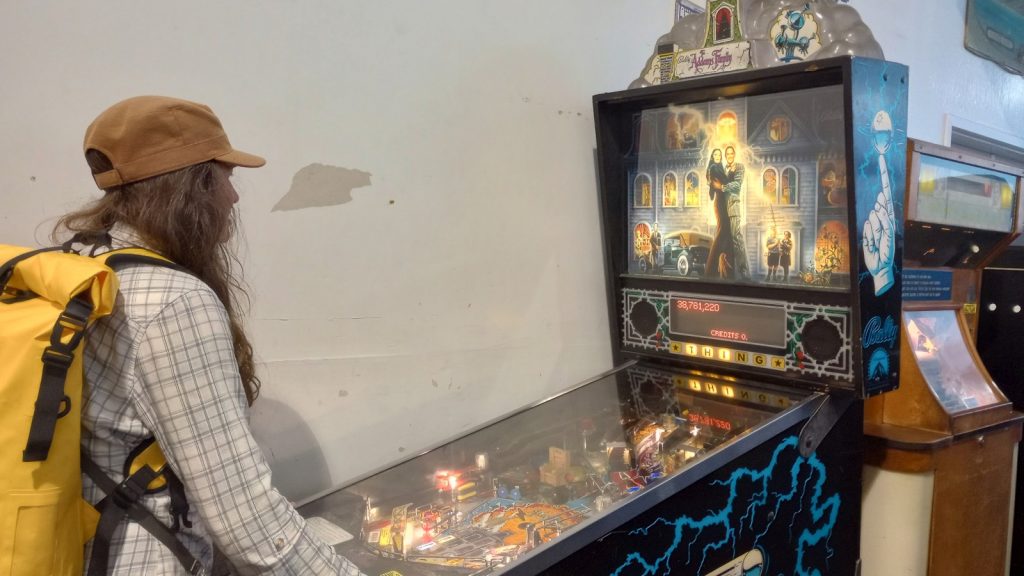 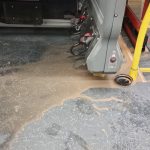 On another night we took public transportation to her favorite restaurant in the city to enjoy some cocktails and a fine meal. This short trip on public transport – and the coffee spilling druggie – reassured my belief in the complete and total filth of the city, and why I have always tended to avoid it at all costs during my adult life. I could only chuckle at our coffee stained shoes we both wore back from dinner that night. Otherwise, a great night it was.

And lastly, we witnessed the lunacy of a neighbor sailboat that drug anchor into the concrete break wall. I even went as far to put on my PFD, jump in the dinghy, and attempt to help the guy. He was so irate at the situation he simply refused any help and sat awaiting the coast guard to come fix his problems. All that was needed was for him to cut away his fouled anchor, and hand me a line which I would have brought over to a waiting boat to haul him off the concrete – yet he refused to lose his anchor, even if it meant sinking his boat. I went back to to watch from safety once I realized I can’t help someone that doesn’t want help saving himself. 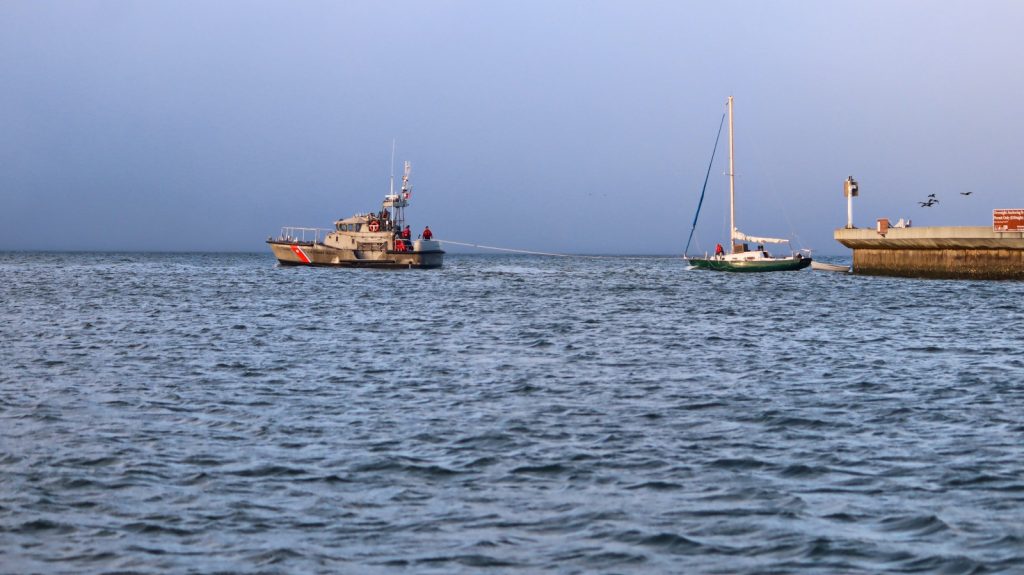 It didn’t take long before we were growing tired of the “city life”. It was not just our nomadic blood that demanded a move, but the anchorage itself was pretty hard to live in. The wind would come in from the Golden Gate Bridge every day, yet the current would flow both directions depending on the hour of the day. This would cause Meriwether to sail around at anchor based on both the current and the wind – usually resulting in our boat resting completely perpendicular to both wind and current, getting the worst of both as a result. Add in that while the anchorage was protected by a great break wall, the small opening in it allowed huge swells to enter the anchorage and rock all boats violently every few minutes. We had simply grown tired of all that, and wanted to move on.

So we aimed the bow towards Treasure Island, just down the way and anchored there for a night. The best description for this anchorage is “under the bay bridge” as it towers across one whole side of our view. The only down side was the traffic noise that came with it. We didn’t do much of anything at all here, just took in some more relaxation before moving on to our next destination. 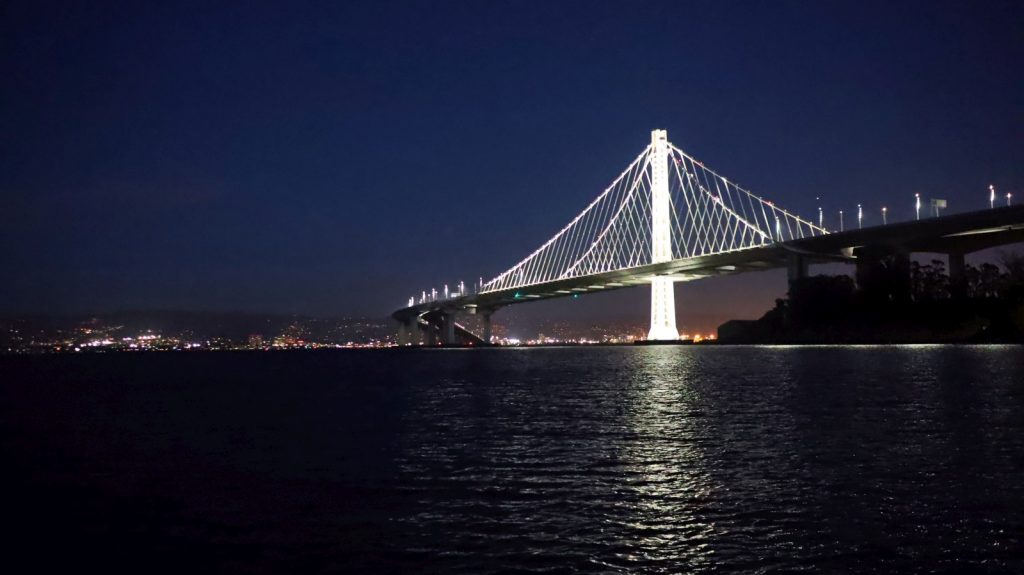 Which brings up the size of the SF Bay. It is small! Our whole sailing-life has been up north in the Puget Sound, BC, and Alaska. Those places are huge… huge-times-infinity huge for Alaska. We both had lived within a day’s drive of the SF Bay (not that I lie to admit that publicly) and laid eyes on it many times in our life. During that time in life, this body of water seemed so large, deep, and scary. Now with a few years of experience under our belts the look and feel is quite different. The Bay itself is but a few miles across, and a huge portion of it is off limits to our boat as it is too shallow. Too shallow I say! One could practically – but not really – walk from the East Bay to San Francisco if they don’t mind wading through waist deep waters. Oh yeah… the tidal swing here – 6 feet. So child like compared to Alaska’s 20+ foot tides. It was a bit of a let down to come to the Bay and see its fragility compared to the bigger, scarier, brothers up north. A good starter lake, but not much of a body of water compared to our last four years.

The precipice of our Bay visit was arriving in the Richmond Bay Marina, where Kerri owned and lived in a condo just a decade ago, literally overlooking our dock we now live in. We chose this location specifically for that odd feeling; two very different lifestyles, same one person. Richmond also gave us a three day opportunity to see Kerri’s parents for the first time in three years. They drove all the way down from Grass Valley to visit us. When asked if they would like to go out for a sail, I was surprised at the affirmative answer, but elated to bring them onboard and raise the sails for an afternoon. Hopefully this eases a little bit of the concerns Kerri’s Mom has about sailing – sharks can not jump in our boat to eat us. 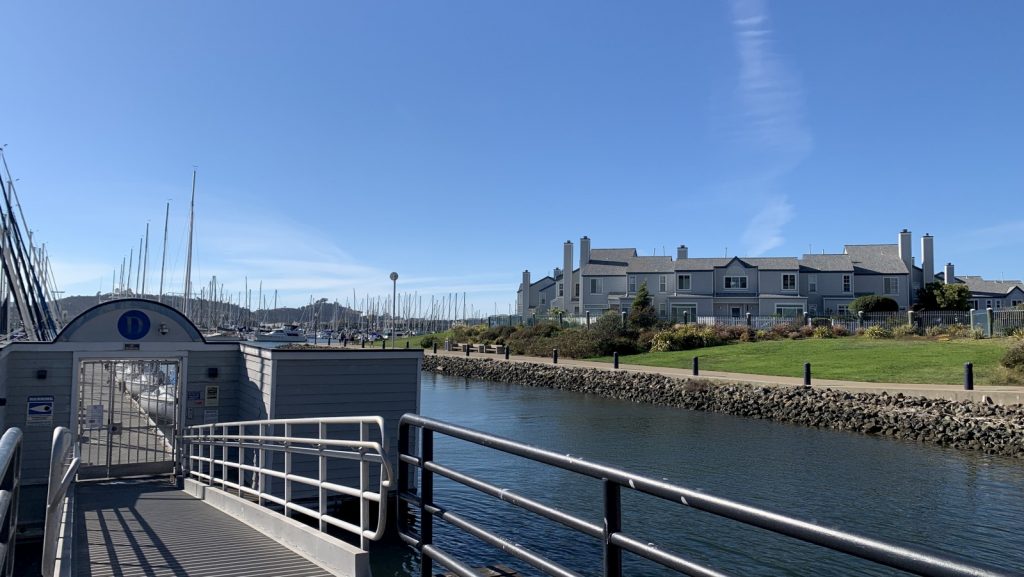 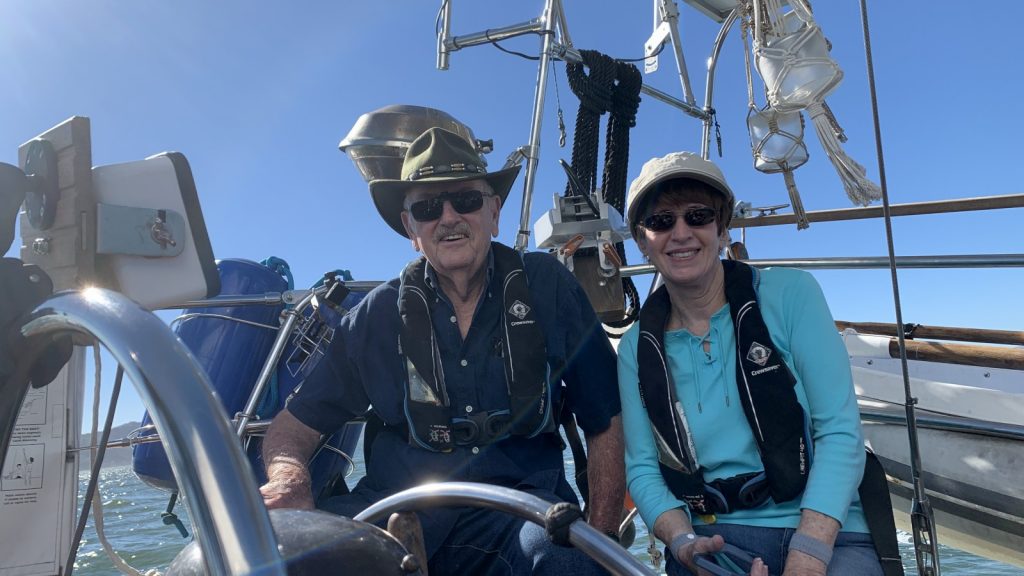