It was perfect timing to leave Hoonah; a Friday afternoon after a huge cruise ship just pulled into port. Not only does this mean the town gets crowded, but it also means the meager cell signal is completely choked into unconsciousness. So we left, on our way to the next closest anchorage – some 20ish miles north west – before entering Glacier Bay National Park proper. We would only overnight, and get moving at first light to start three long days of touring as much of Glacier Bay National Park as we could. 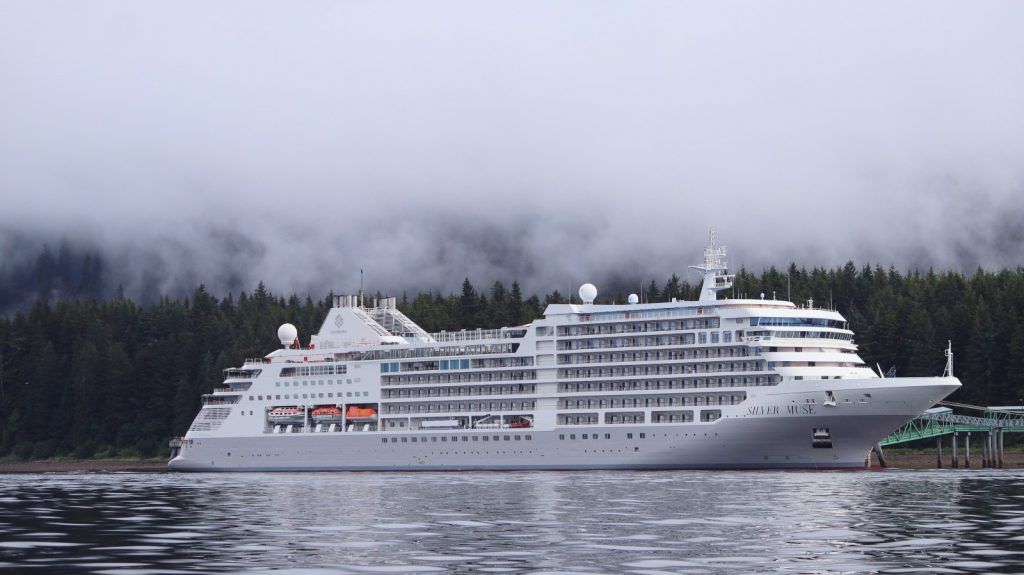 Day 1 started with a bit of motoring, but once we cleared the Park’s “whale waters” (where we are very restricted in our navigation) the wind did pick up, so we lofted the sails. Sure, this wind was completely not in the forecast, but I will take it when I can get it nowadays, even with it requiring us to tack into it. It even came at us in the mid-20’s which we do not have enough practice in anyway. Something that would have scared our socks off in 2019 is now pretty mundane. With the right sails out, it was comfortable and quick. But, as the hours and miles passed, the wind would begin to taper off. 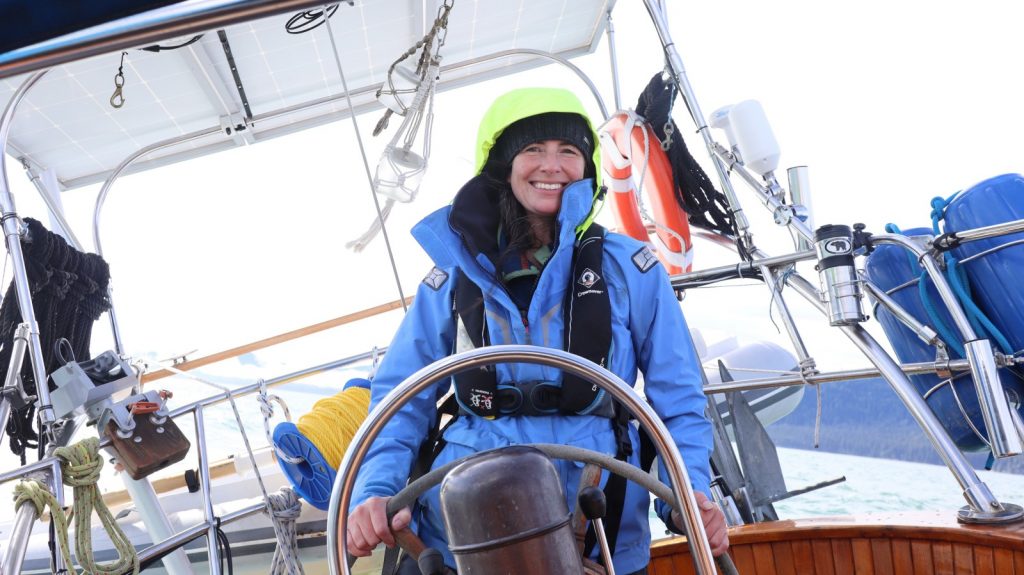 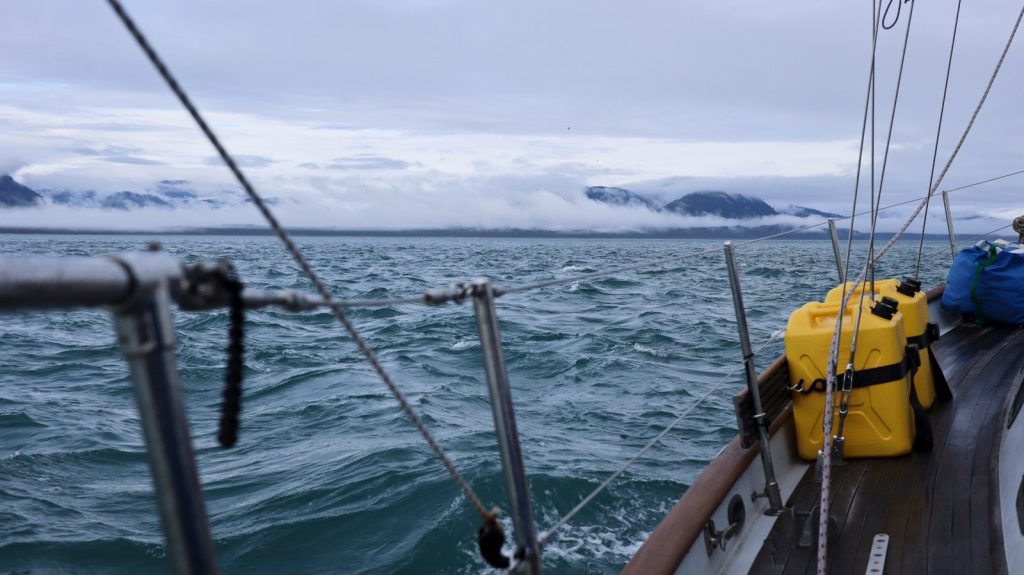 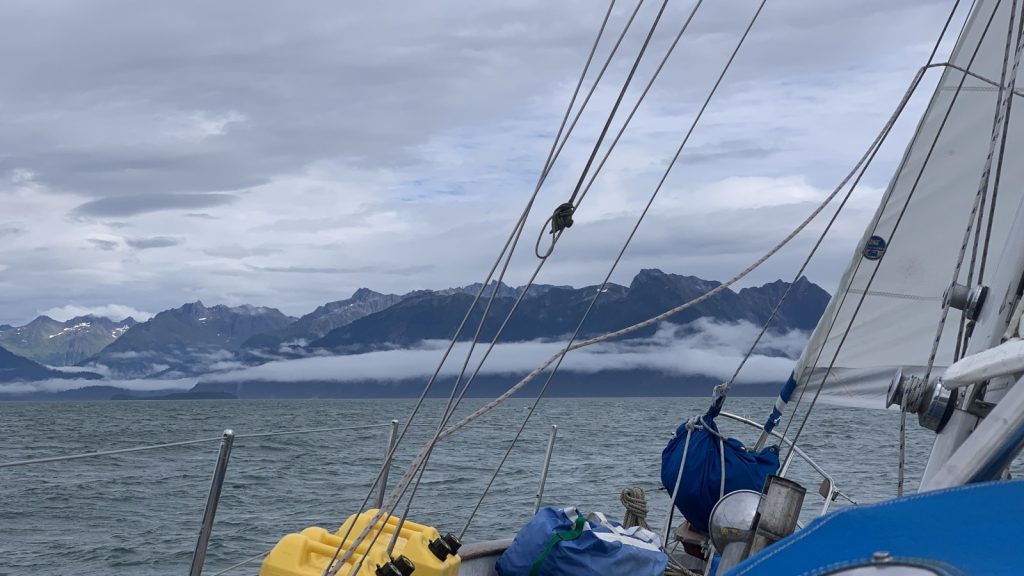 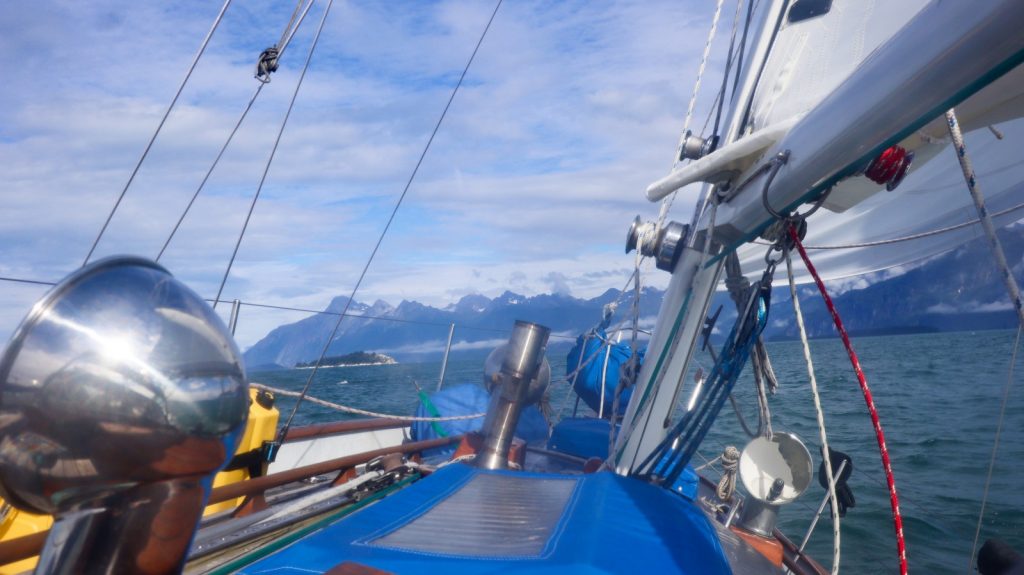 So, after 20 nautical miles of sailing moved us only 10 miles closer to our target, along with the wind giving up, we motored the last two hours to our overnight destination at Blue Mouse Cove where the only pleasure boat that we saw all day was also anchored. There was almost no one in the park other than the daily run of tour/cruise boats.

Although we have been in the park all day, we still hadn’t gotten to any of the “sights”. Sure, the scenery was still amazing, but one comes to Glacier Bay to see glaciers. This day we had moved nearly 54 nautical miles over 10 and a half hours and it was only to get us to a point to start seeing glaciers the following day. Only a few hundred years ago we would not have been able to get this far north as it would have been completely covered in glacier. 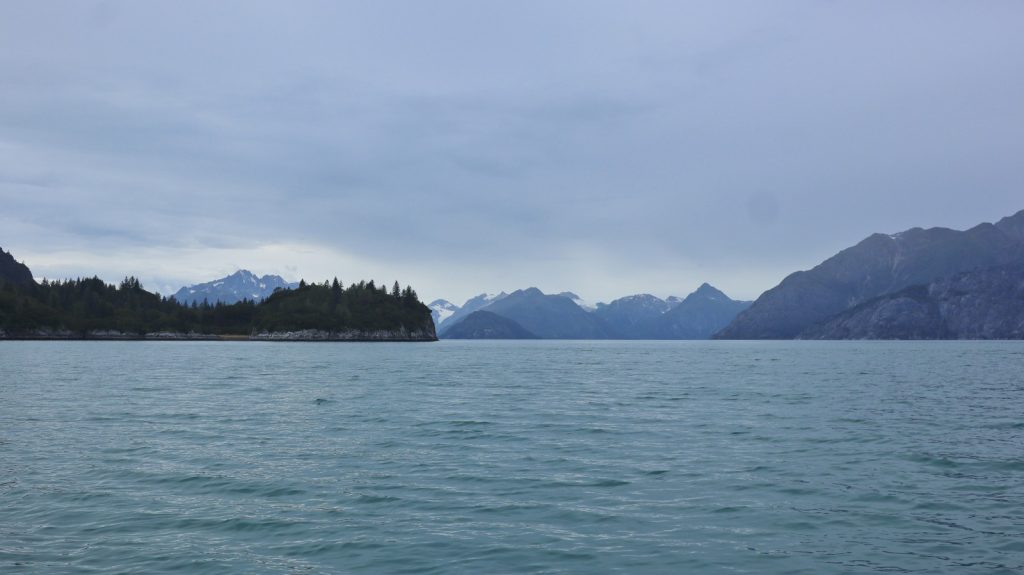 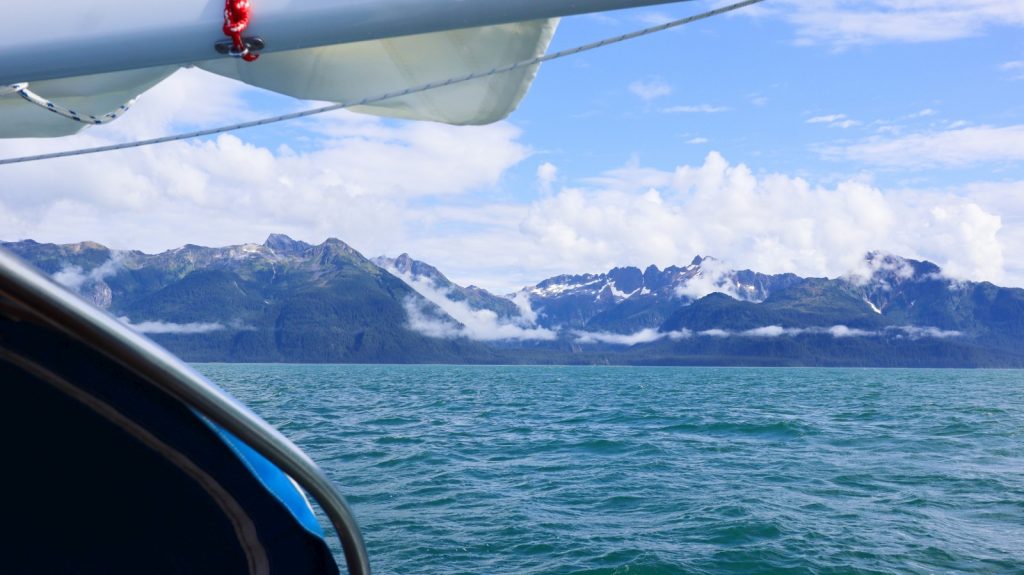 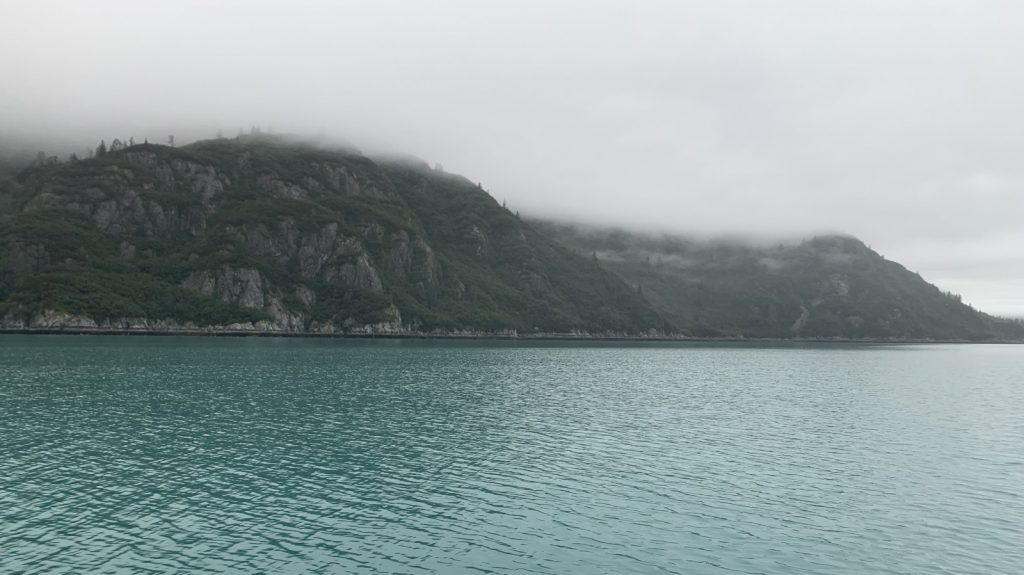 We had another 40+ nautical route planned for our Sunday in the park so started early once again. We would motor every mile of the day as a sacrifice to visit numerous glaciers. Our first was Reid Glacier (3/4 mile wide, 150ft tall) which does not make it all the way to the water anymore. 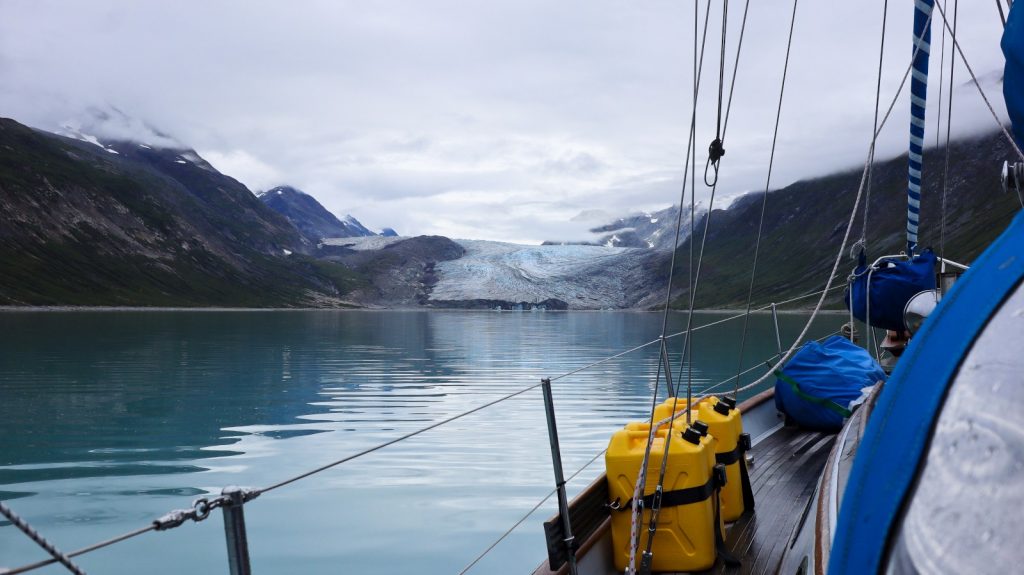 The second was right around the corner, Lamplugh Glacier (3/4 mile wide, 150ft tall), which looks as if it could touch the water at high tide, but not at the time we were visiting. 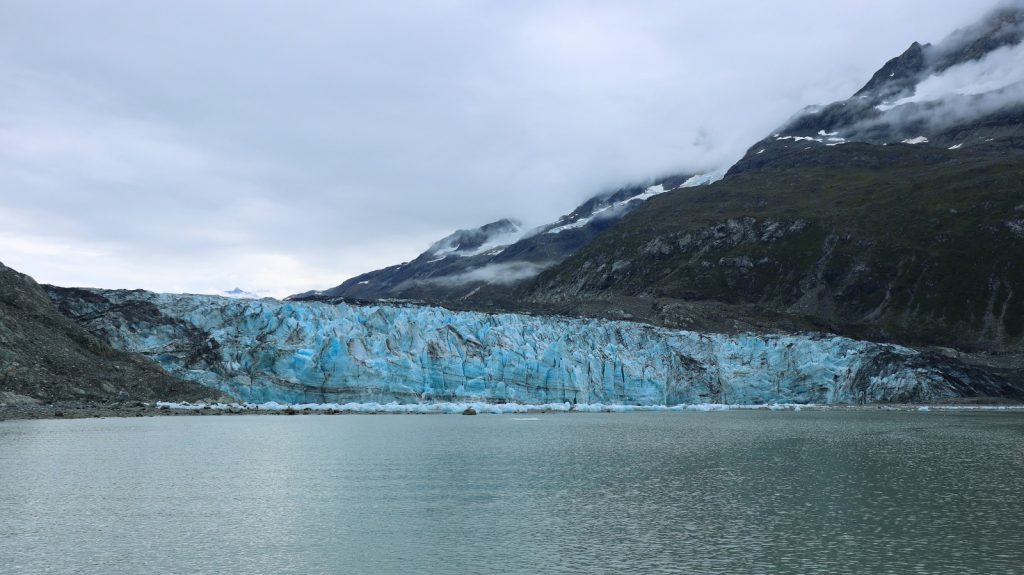 The third was the famous Johns Hopkins Glacier (1 mile wide, 250ft tall) which we showed itself – after turning a corner – 5 miles out. It was a serious “oh wow” moment seeing this huge river of blue ice flowing down from the mountains in the distance. A lot of smaller bergs were floating off this one, making for a slow approach the final two miles. Once about a half-mile away we sat there drifting and listening to the cracks and booms of the massive frozen river. It was moving alright, just at it’s own pace (about 8 feet per day, so they say). 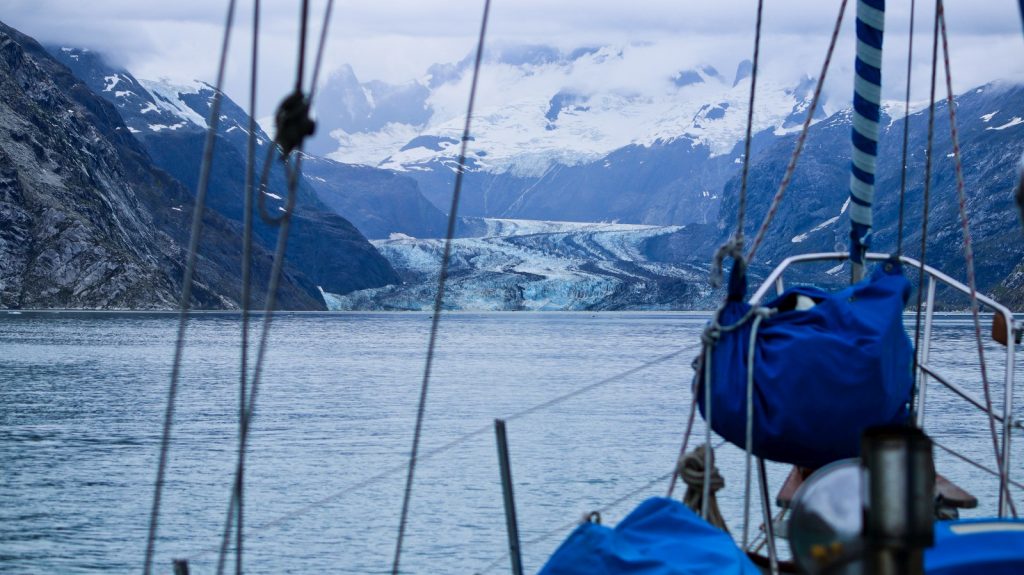 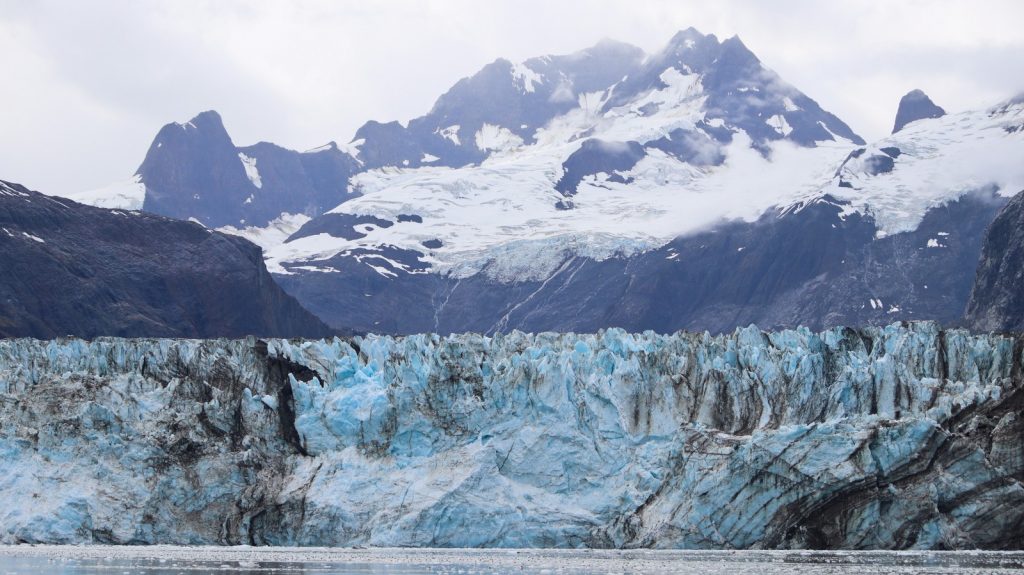 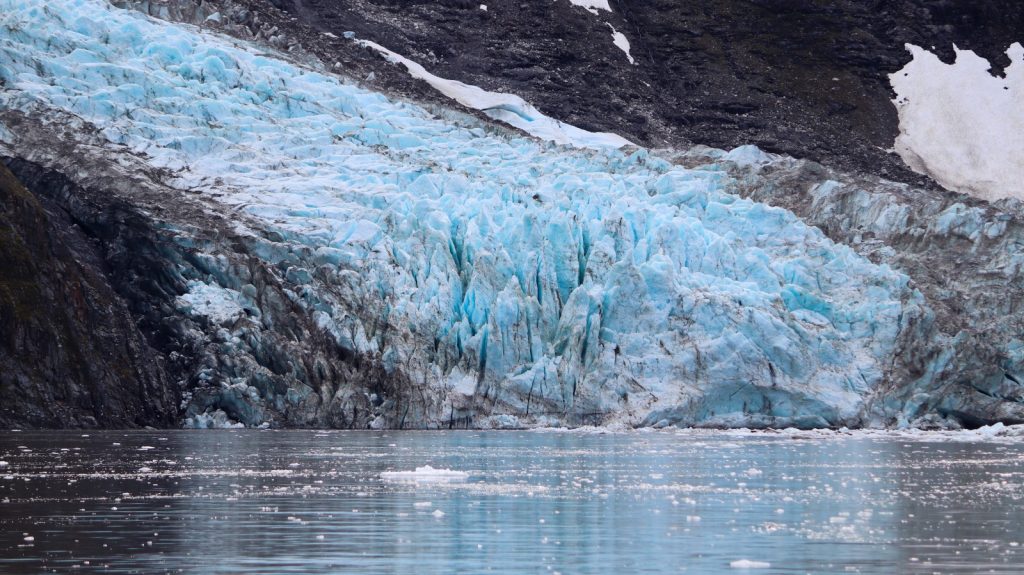 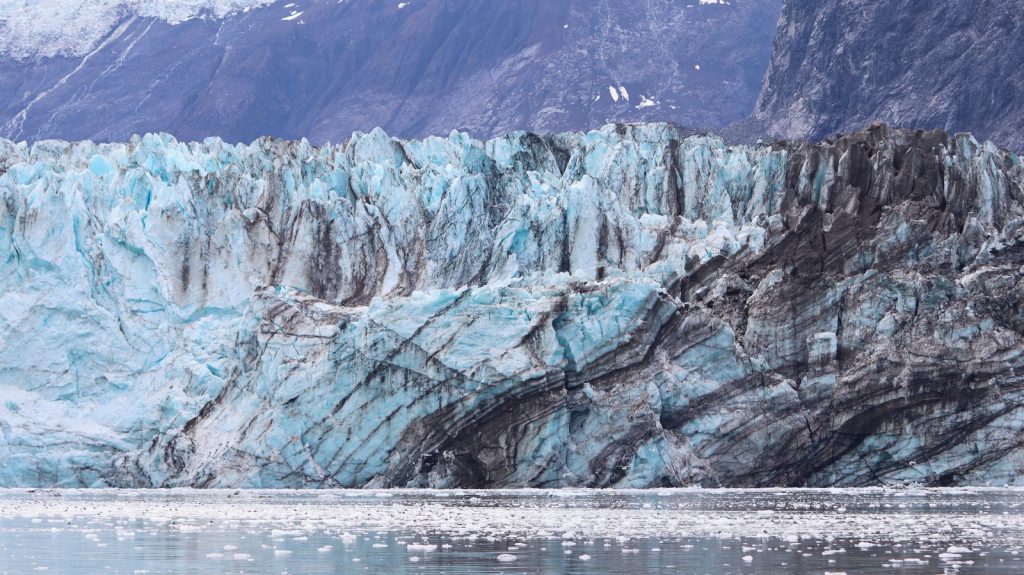 We turned north to start up the long inlet to Grand Pacific and Margerie Glaciers. The Grand Pacific would have been our largest at 2 miles wide and reaching 35 miles into the distance. But as we rounded the corner to start the 8 mile inlet we met ice… lots of ice. Now 8 miles is already a nearly 2-hour boat ride, one way. Add iceberg dodging into the mix and it would have easily been eight or more hours round trip, and that is just that one inlet. We would learn the following morning that we chose correctly. Another boat tired to get up there and made it only 4 miles up before having to turn around. That would have been a real let down, for sure. 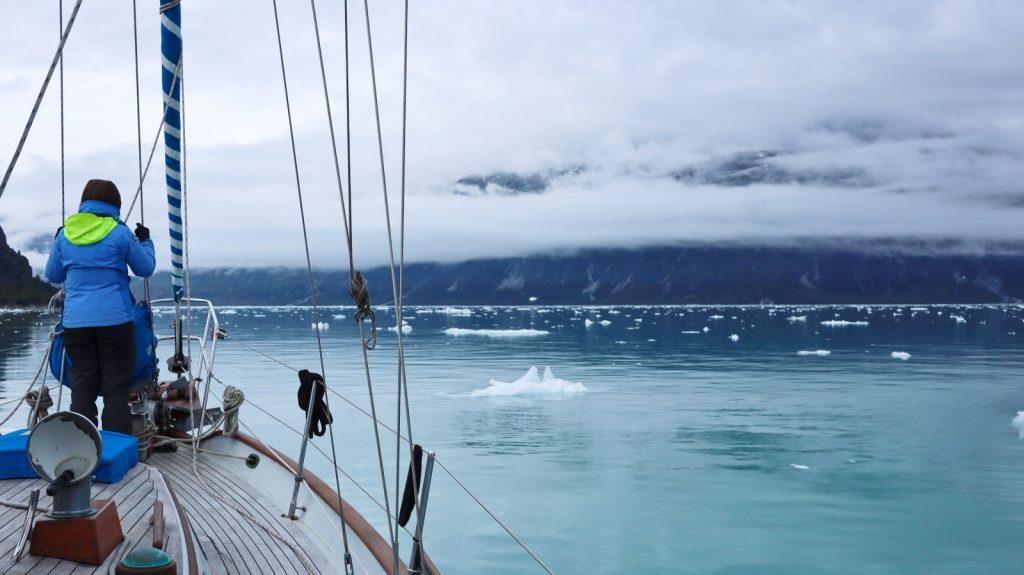 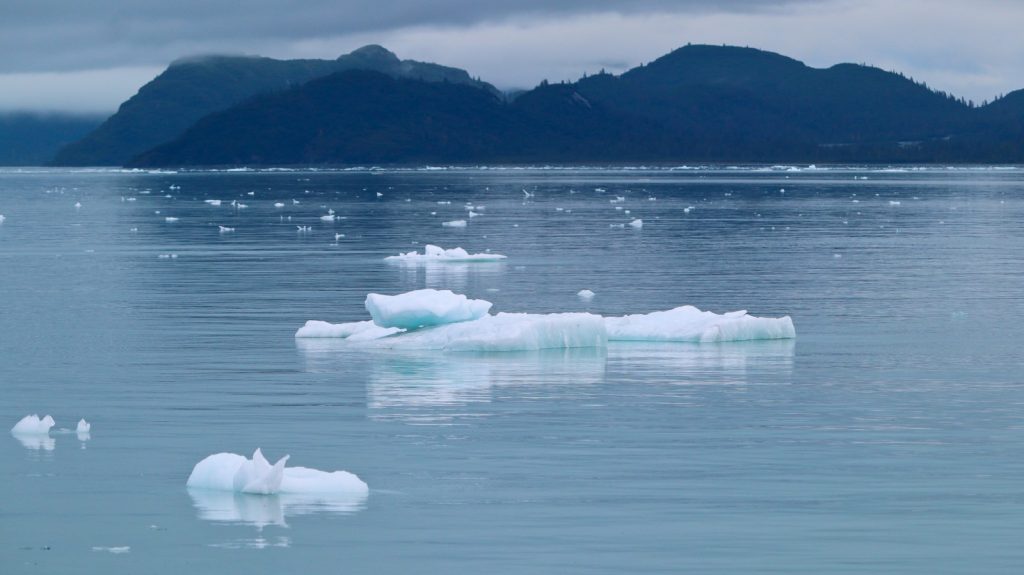 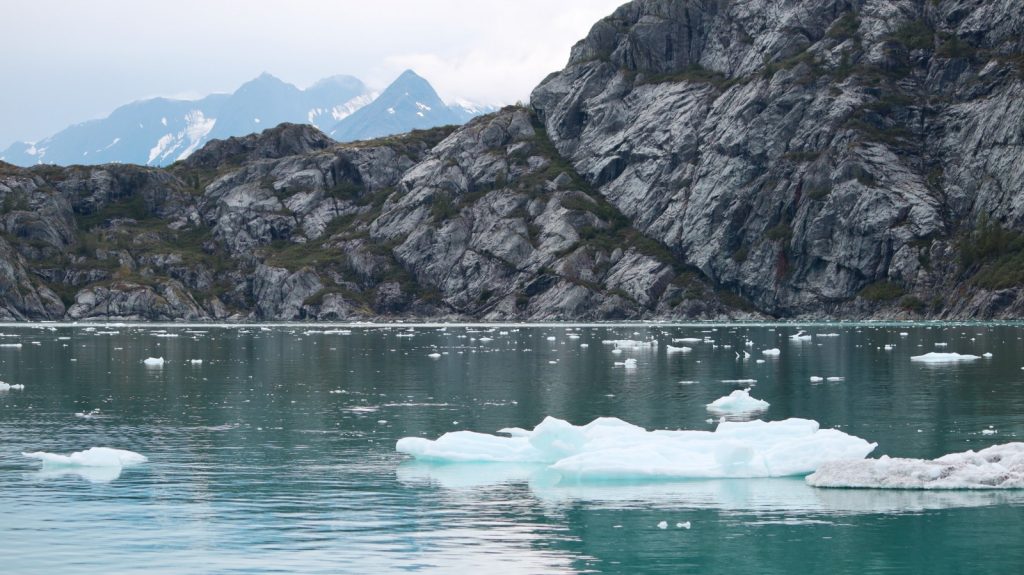 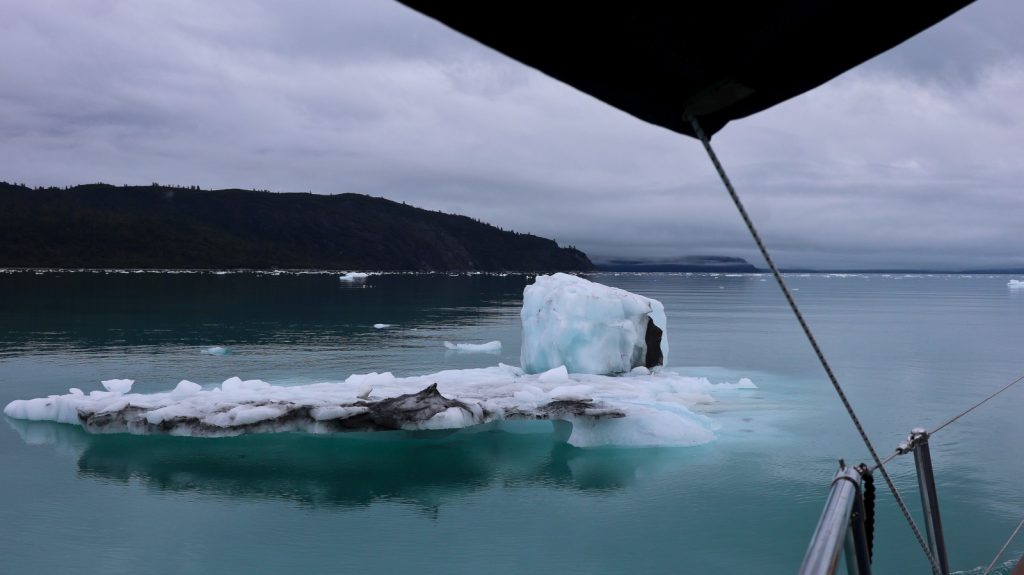 We chose instead to turn tail and head back to Reid Inlet where we could anchor and get out for a hike to the glacier. Or so we thought anyway. The glacier has a wide moat of ice water protecting it from the grubby hands of humans. Fair enough, I get it. The hike was still out of the world – literally. Mostly rock and the finest silt/mud I have ever felt (it was nearly a cream). Furthest from the glacier itself is showing how life begins taking over the newly* exposed land. Closer to the glacier and the land gets more barren and rocky.

* Where we are anchored, the entire 1+ mile long Inlet, was completely covered in ice back in 1899. 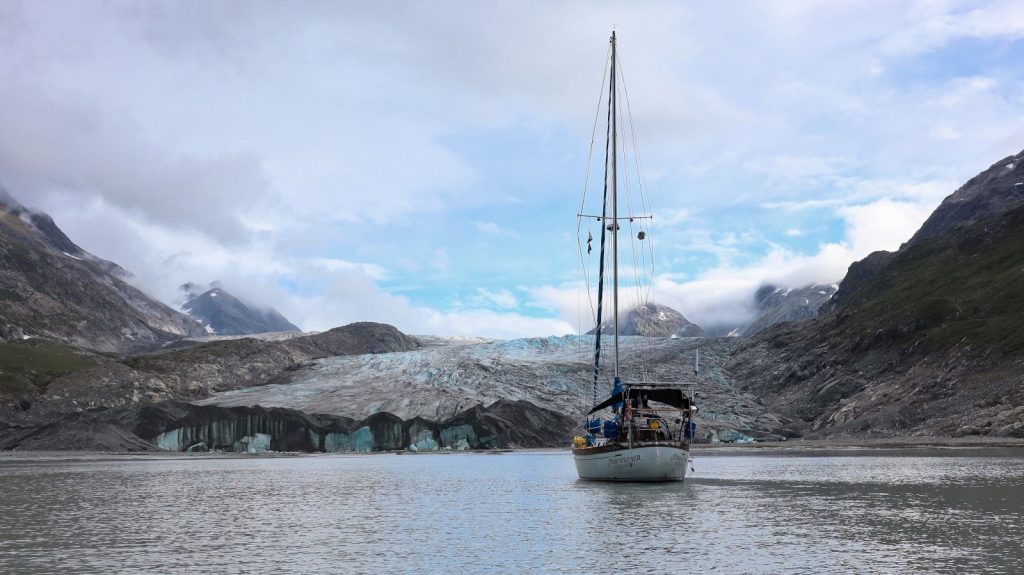 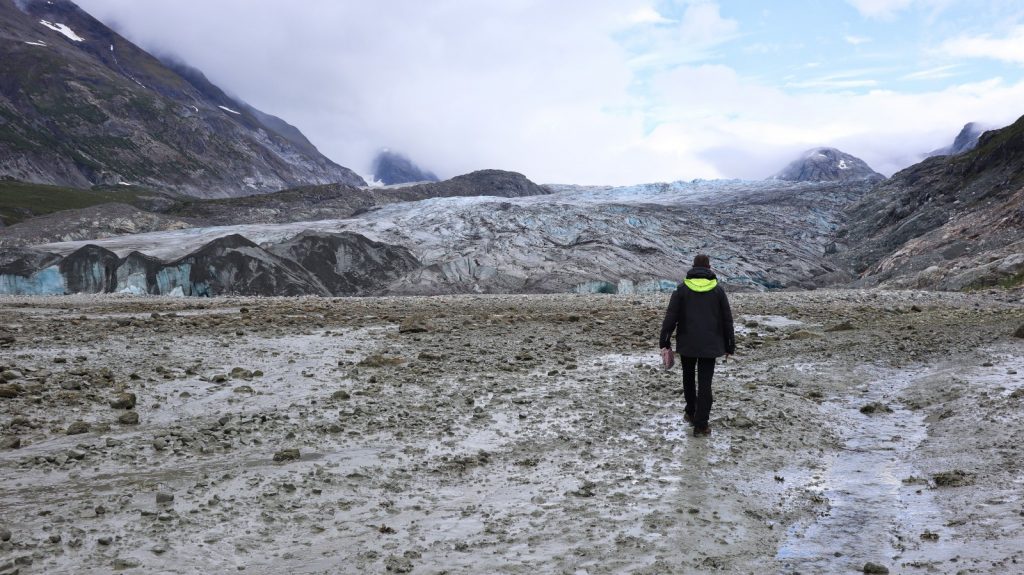 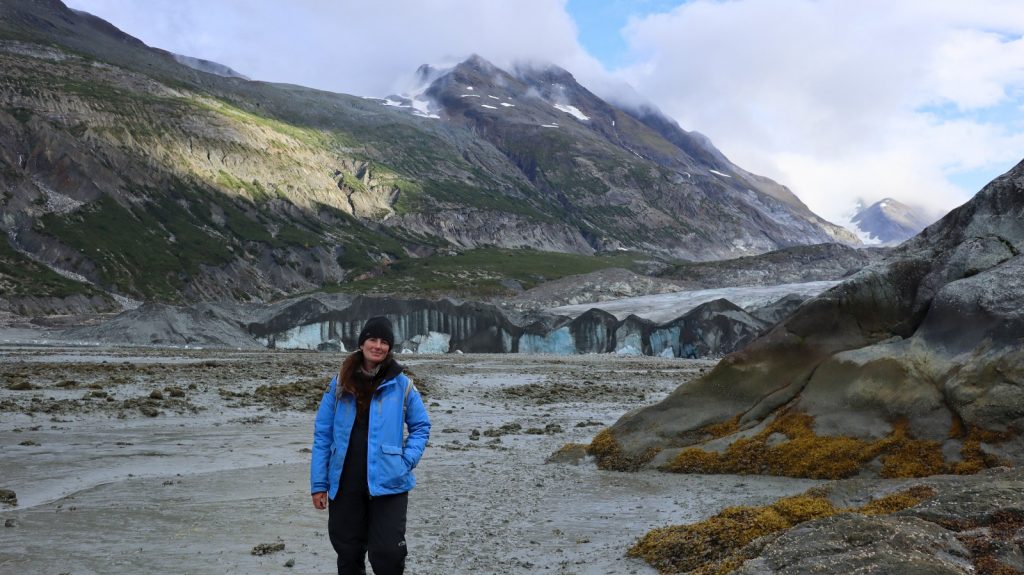 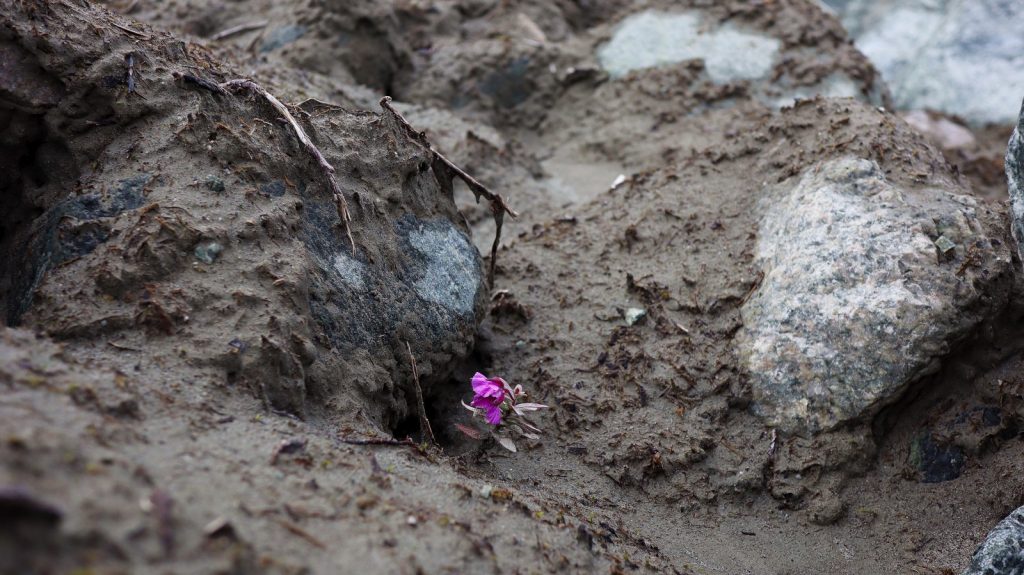 Although Glacier Bay is a whale migratory area, we saw no signs of any during our time in the park. We have been lucky enough to see many whales this year, so no complaints. Instead, we had constant views of the local sea-otters doing their back stroke while eating. These guys were a close second to being the star of the show here. Each one has such a unique facial expression. 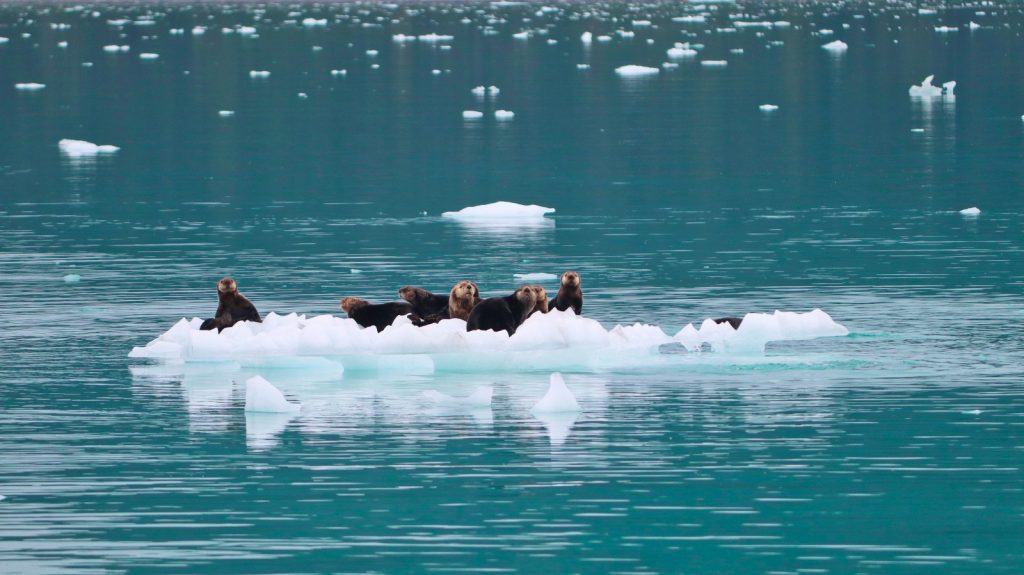 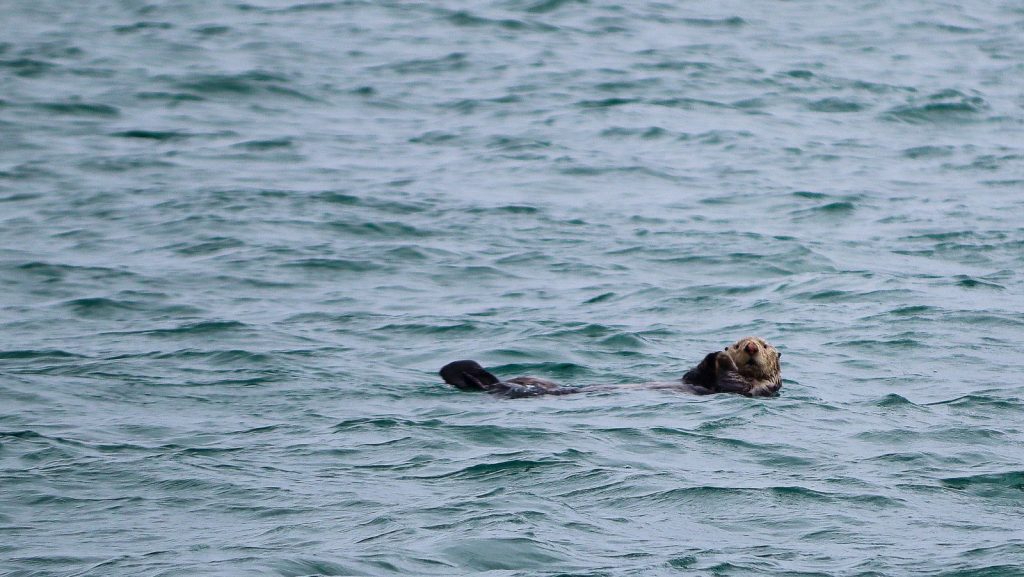 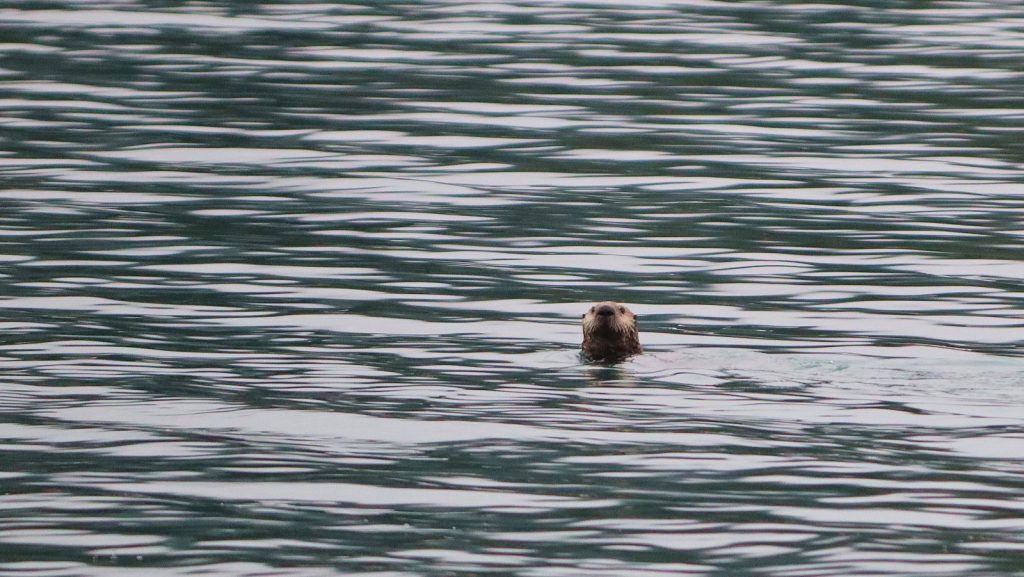 After our hike, on the way back to Meriwether, Kerri would snatch up two pieces of glacier ice floating past. They would occupy our tiny freezer for the next week as we slowly chipped away at them to add to evening cocktails. Not only is the ice crystal-clear, Kerri says it is harder to break as well. Makes sense – it’s been compressed for who knows how long before being picked up by Kerri’s hands. 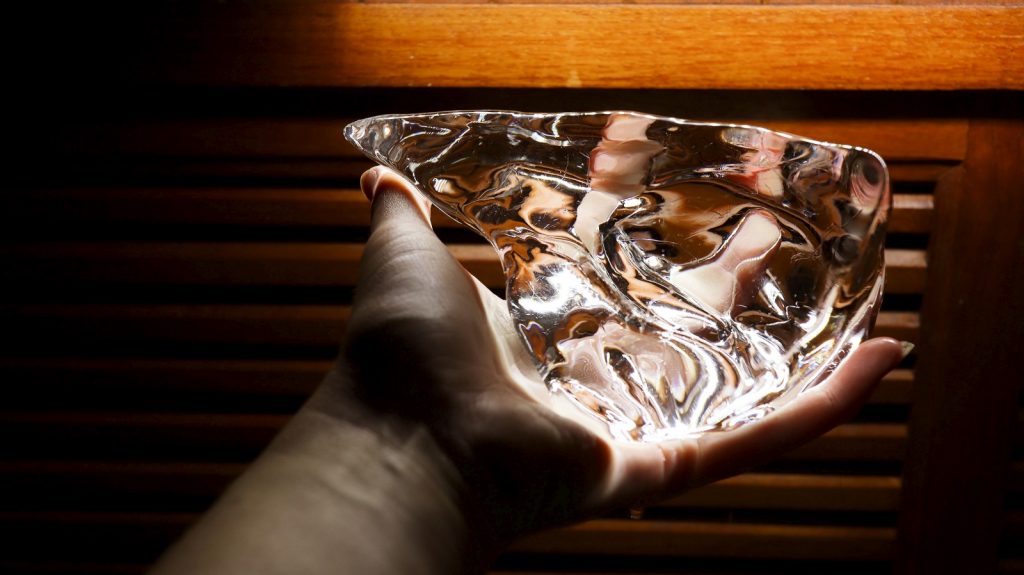 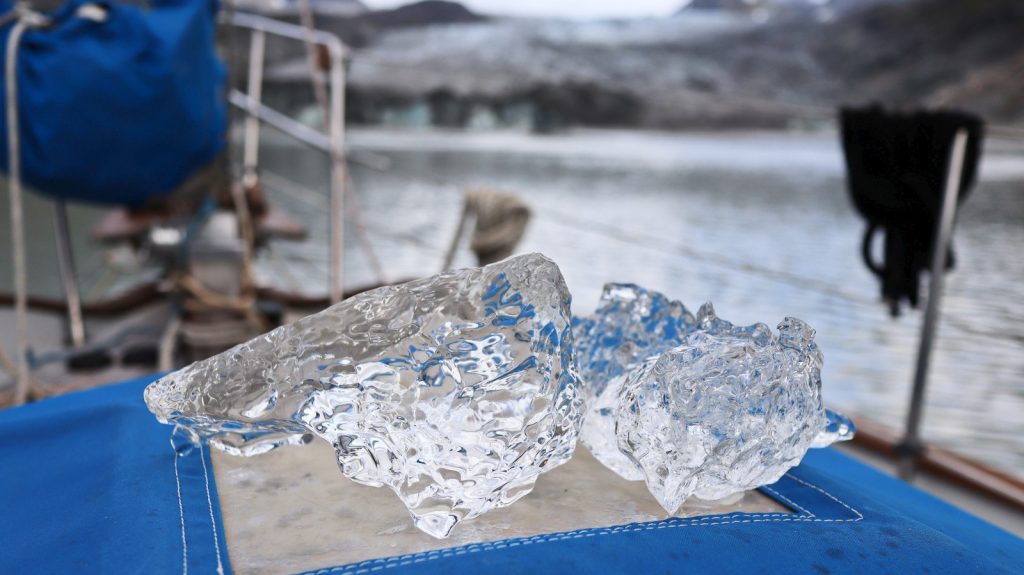 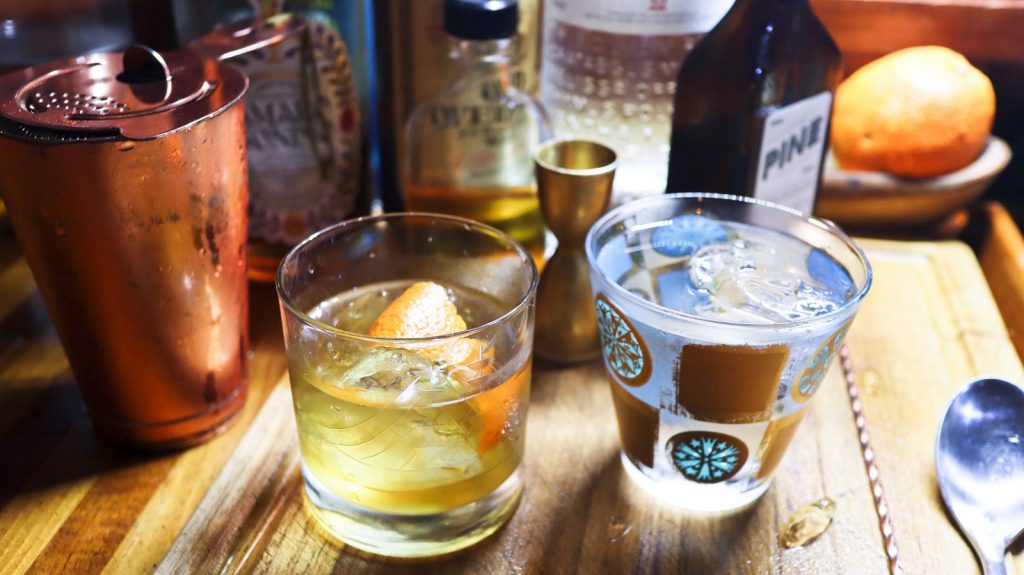 In the end, this was as far as we would get into Glacier Bay National Park. The next day – Monday – would be spent getting ourselves To Barlett Cove (and the entrance of the park) where we hoped to spend a few days resting and using the Lodge’s wifi for work. Unfortunately for us, the Lodge closed for the winter that very morning (day after Labor Day weekend), so we had to get back into the boat and motor off to the anchorage just outside the park again… against a 4 knot current – ugh.