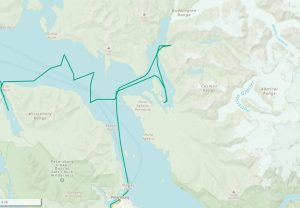 The northern arm of Thomas Bay contains a glacier; Baird Glacier. Following our successful hike (no injury = success) to the waterfall here in Thomas Bay, the only thing left to do was to tackle a glacier, right? Right. Unfortunately, Baird Glacier has been on the retreat for many years so is far from accessible via the sailboat. We learned (well after) that we could have anchored nearby and take the dinghy out to the glacier (via a glacial river). However, while the electric dinghy motor is nice to cruise back and for to a nearby dock, it doesn’t power up river well, and does have a limited range unlike gasoline powered motors. In the end we opted to see Baird from afar, and then go explore the neighbor cove; Scenery Cove. The cove is small but deep, and lives up to it’s name – quite scenic. 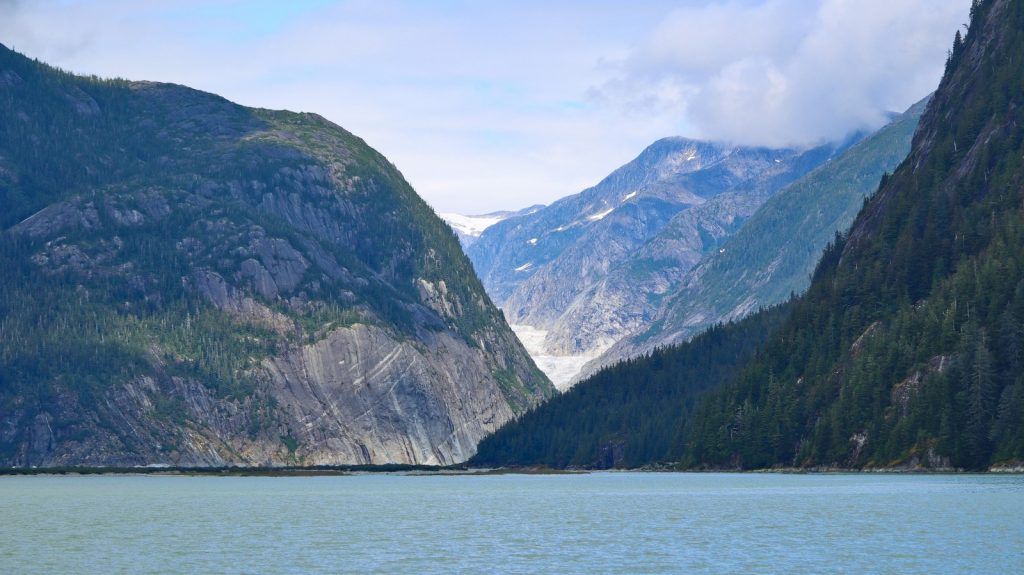 There be a glacier in there 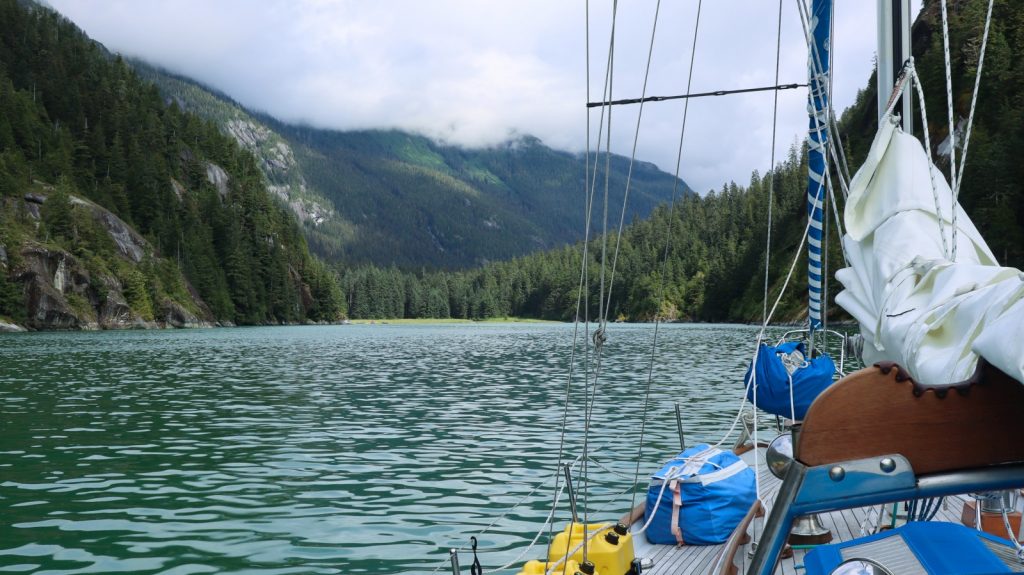 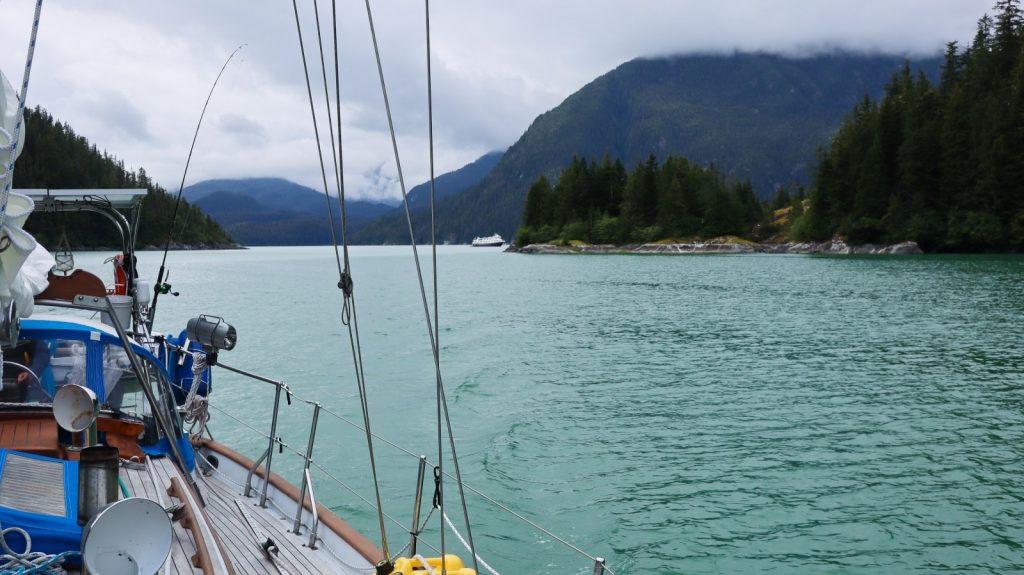 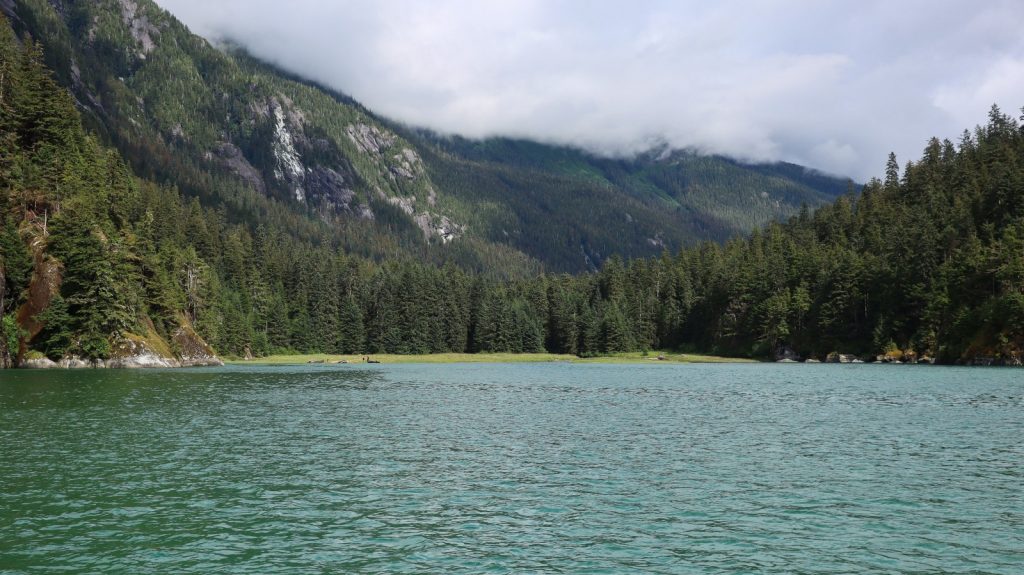 After the sight seeing, we had planned to make our way to the next anchorage up Frederick Sound, only a dozen miles or so once we got out of Thomas Bay and back into the more open waters of the Sound. Immediately I got our sails to work, relieving our old Perkins if even for only a short break. Kerri and I desperately attempt to sail when ever there is wind*. It is so rare in SE Alaska to have favorable winds. We have found that 75% of the time there is no wind at all. Another 20% with winds that just try to kill you. Finally, the last 5% allows you to have an enjoyable sail. This day was one of the rare days, with a fair amount of wind blowing from our direction of travel. Yes, this forced us to tack back and forth across the Sound, but how glorious it felt to actually sail. Beating against the wind also doubles the distance (and time) it took to get to our next anchorage, meaning when we arrived late in the day, we had traveled nearly twice the distance than our original short-day route. It was good sailing though, and worth the added time on the water.

* not including all the wind that suddenly and inevitably appears moments before we are arriving at an anchorage after hours and hours of no wind at all. 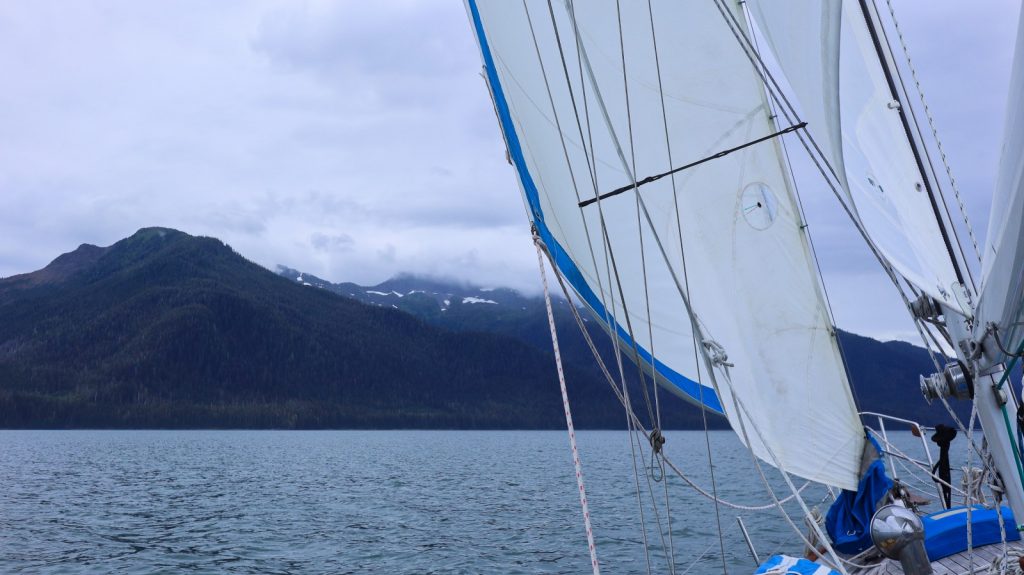 We even got an impromptu visit from a small family of Orcas towards the end of our day (after we lowered the sails). They too were traveling West along the shoreline, towards Kake, Alaska. As they were directly beside us and traveling at our motoring speed, I chose to slow and navigate behind them as opposed to boxing them in. They appeared quite appreciative, and once I gave them room they swam further into open waters and continued on their way. We continued on our way, watching them for another half hour as we neared Portage Bay, where we were to anchor for the night. 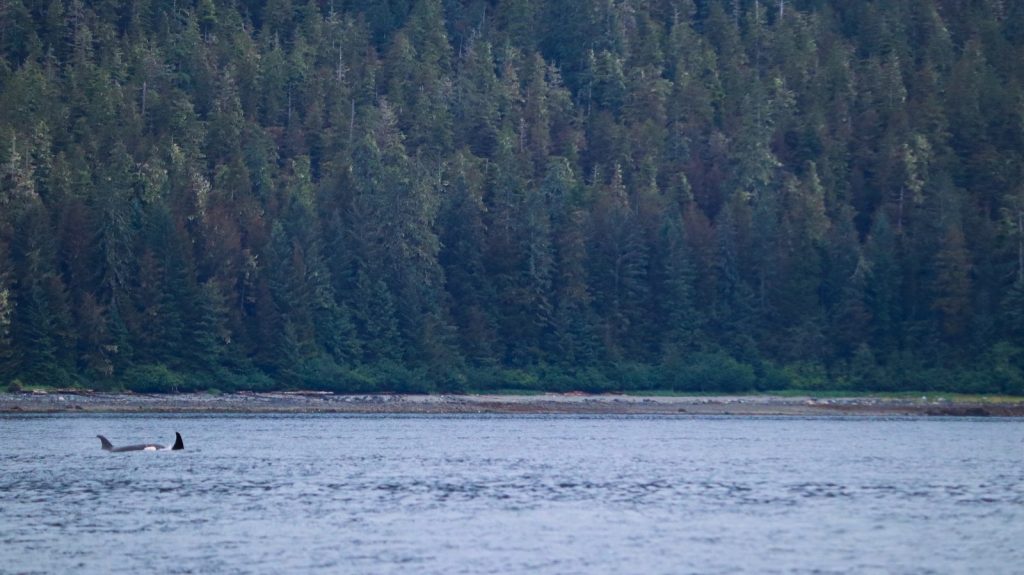