Visited by orcas in Coupeville

Although we have gone up the east side of Whidbey Island before, we did not stop off in Penn Cove at that time, making it an easy choice for a visit this time around. No wind was in the forecast for the afternoon’s sail (we didn’t even get started until after 3 PM) but luckily it was a straight shot and only 17 miles to our north. The motor had proven itself during our last voyage with the five hours of use, what would another three hours be? 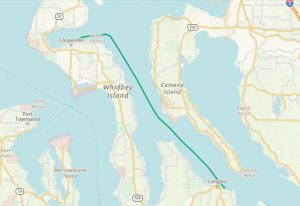 Of course, just as we turned the corner into Penn Cove the wind – completely not forecasted – kicked up to 20 knots, in our face. It would have been a lovely time to sail, if our destination wasn’t right in front of us. Each time we sail I seem to forget that the Puget Sound is like being in an abusive relationship with the wind. She teaches us lots of lessons, but sometimes we come out with a black eye for no good reason. Not today however. We anchored without issue as the quaint town of Coupeville looked over us.

The following morning, Kerri was stepping up the companionway with her coffee in hand, when she screamed, “orcas!” We had a pod of whales (about a half-dozen of them) hunting in the bay, just a few hundred yards from us. Although our scrambled eggs did get cold as we scrambled (see what I did there?) to snap a few videos and photos, it was worth it. While this was not our first sighting of the whales, nor did they get as close, it was still very much worth a cold breakfast. 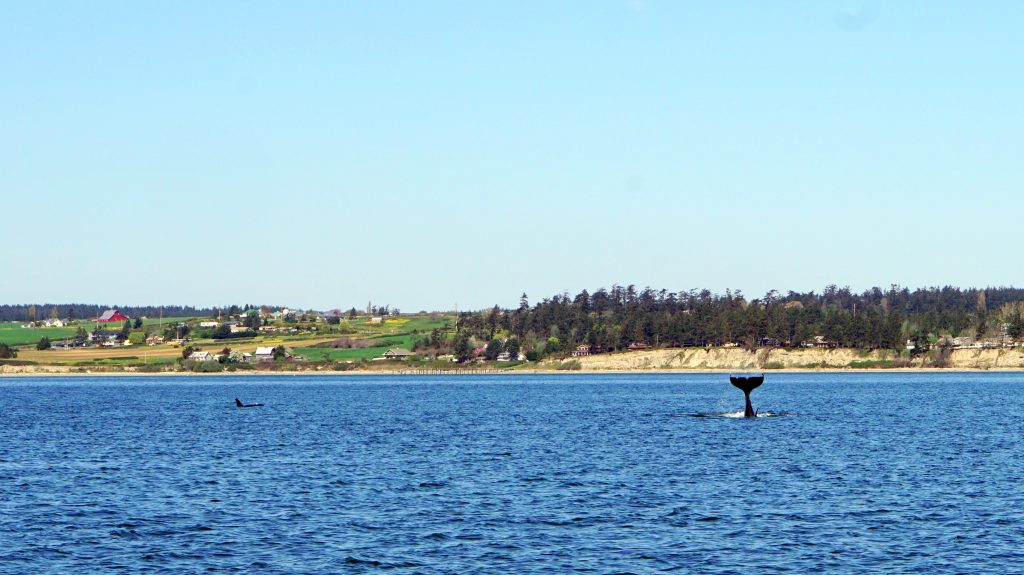 The rest of the week went along pretty much uneventful other than a risk of a pretty good blow on Friday that never really materialized. We thought we may nab a space on the dock for that night, but in the end decided not to. We both trust our anchor and ground tackle. Plus, the dock lines are much worse to deal with all night. In the end, the wind never came at us with any force, so that night came and went without incident.

Saturday morning we took our wagon to shore in the dinghy to walk the mile to the nearest grocery store. It was raining, of course, but that was okay. As often as we walked to the grocery store in Port Townsend over the winter, it never rained on us. So this one time was no big deal. Afterwards, a lukewarm shower on the wharf, followed up by a cup of coffee about the same temperature, finished out our time in Coupeville. We would set sail that afternoon.

The many moods of Coupeville over two days. A dear friend brought me here by land a few weeks before we left Port Townsend, and I thought, “This sure looks like a nice town to anchor in front of.” So we did. 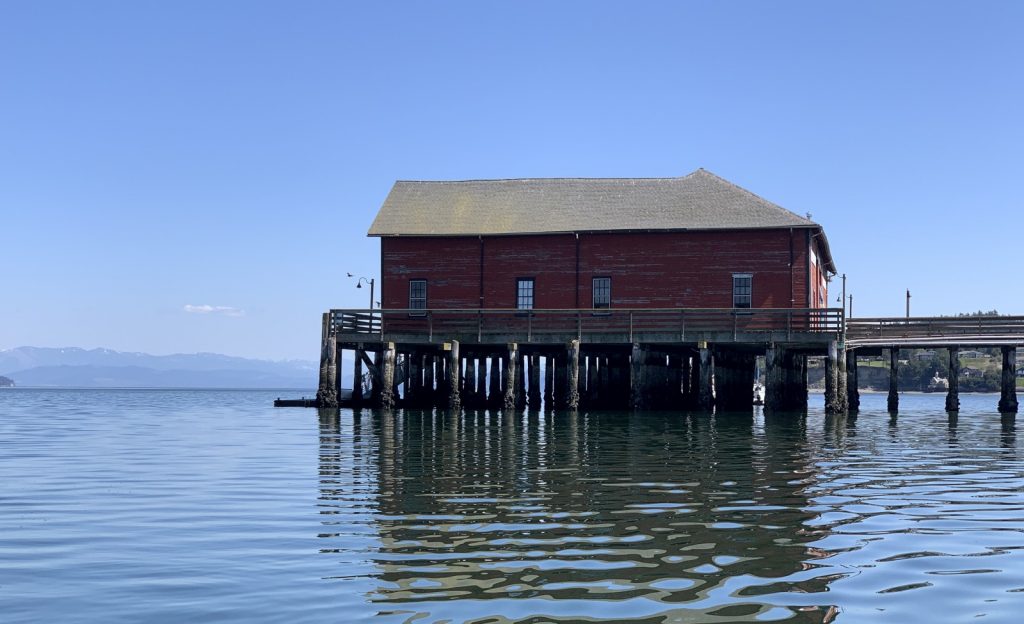 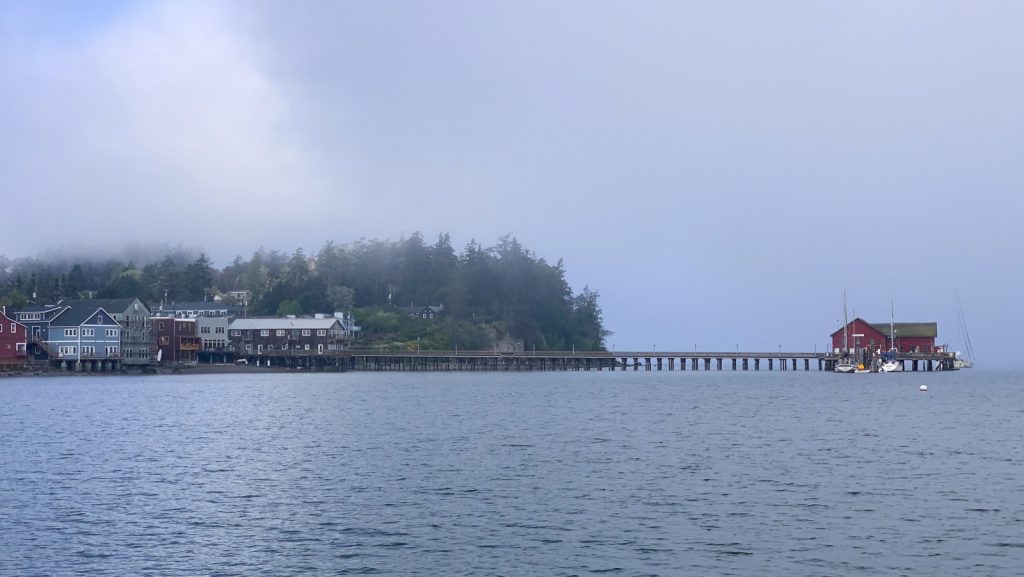 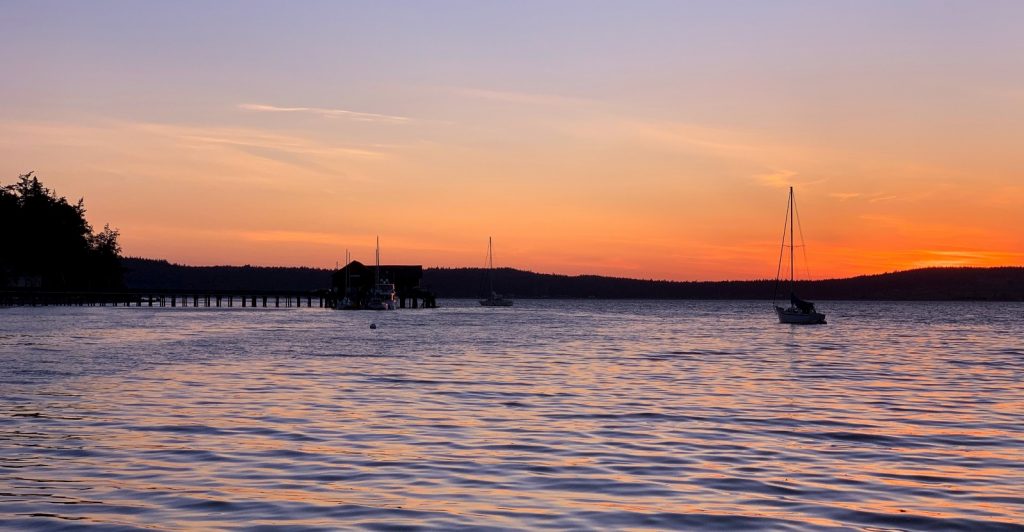