It was finally departure day, after our two week stay in Port Gamble. The forecast was for little to no wind at all, and the total distance to our next destination was 30 miles. I said it in the last post; the engine needed a long running ‘in anger’ to complete the shakedown tests and we were going to get it this day. 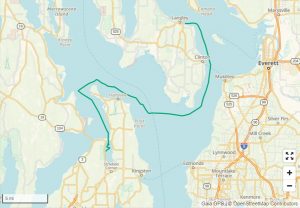 However, as we prepared the boat for a mid-morning embarkation, there seemed to be a nice breeze in the air. Of course it was coming from the mount of the bay itself, but any time sailing off anchor presents itself I want it. So we did just that – tacked our way north, to the mouth of Port Gamble Bay where we turned the key and motored through the small channel.

Out in the open(er) waters of Hood Canal, I had thought we may continue the sailing, but it didn’t take long for the wind to wane. For a while it was calm, but a short time later the wind petitioned us to return to our sailing ways, which we did. We made it all the way around Foulweather Bluff and started down wind along the busy shipping lanes towards Seattle. I was hoping we could continue with the motor off – even going as far as to raise the spinnaker sail – but there was no fighting the inevitable; the wind would die off to nothing. I was happy we got to do any sailing this day, but that would be the end of it and we still had 20+ miles to go. It would be the workhorse that is our Perkins that we would call to service for the remainder of the day. It was a necessary evil, as no matter what the motor needed the long running before I felt we could rely on it for our passage up to Alaska – and the next five hours at cruising speed will be a good start.

I sent Kerri downstairs for an off-watch period while I kept our autopilot company up top. I had to cross the shipping lanes, with a large container ship and a tug-and-barge to dodge during my time in the cockpit, but that was the extent of the excitement. With more than two hours to go before our arrival, I handed the boat to Kerri and went downstairs for my off-watch. We are getting good at this whole process of turning off for short periods while the other sails. It makes for an immensely less tiring day for us both. 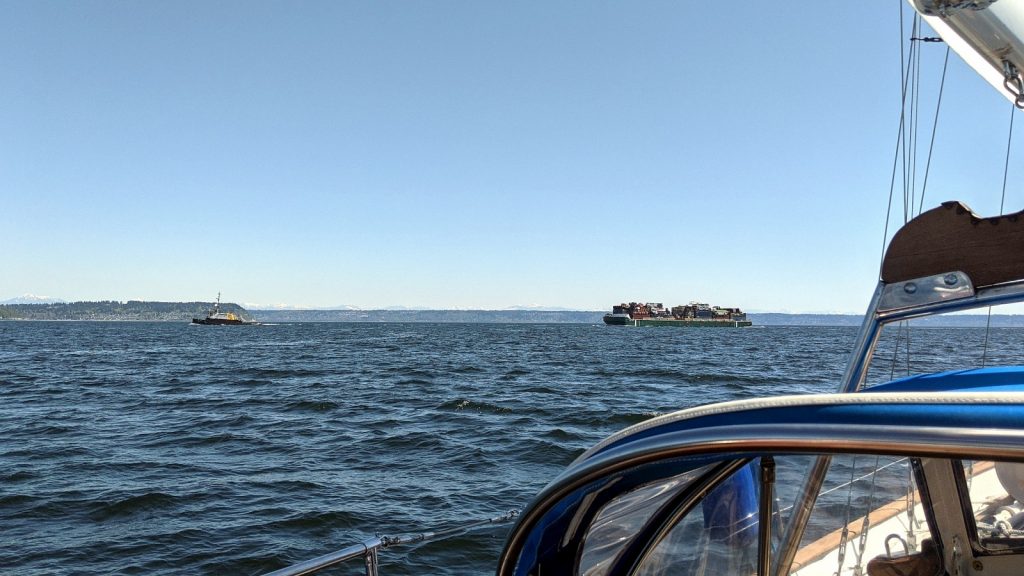 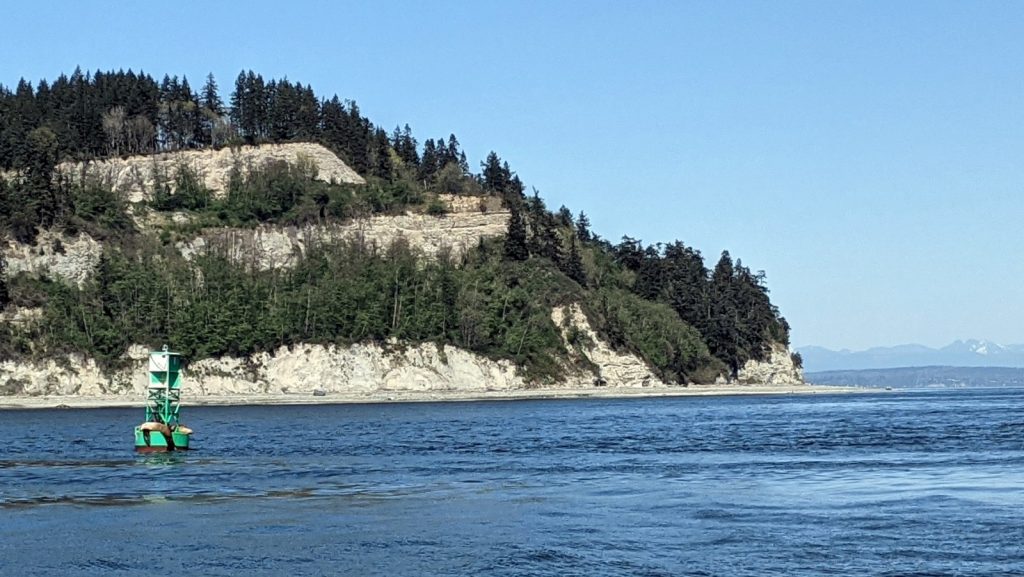 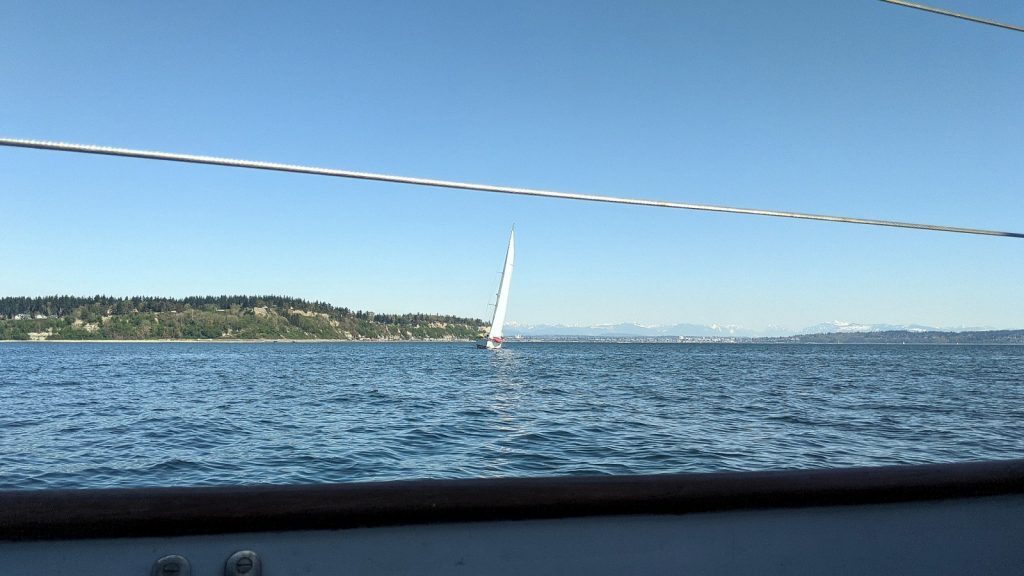 We would arrive, uneventfully, after seven hours of travel time – five of which were motoring – to a calm yet unprotected bay not far from the city dock. There we would squeeze Meriwether between a large sailboat and a motorboat. I am still not sure why I chose to park us there, it was still pretty far off the dock and not in the best spot to allow for swing if the wind kicked up. Though, it was forecast to be dead calm for days anyway. It proved to not be an issue as the forecast stayed correct, but I’m pretty sure we got a few sideways (and rightfully so) looks from the folks in the sailboat beside us.

Speaking of, that big sailboat beside us just happened to be someone Kerri found on Instagram, so we met up the following morning for a cup of coffee. A family of four who came from van-life as well. T’was a good looking boat with all those masts and rigging. 50+ feet just seems right for a hard-core expedition boat – to me anyway. 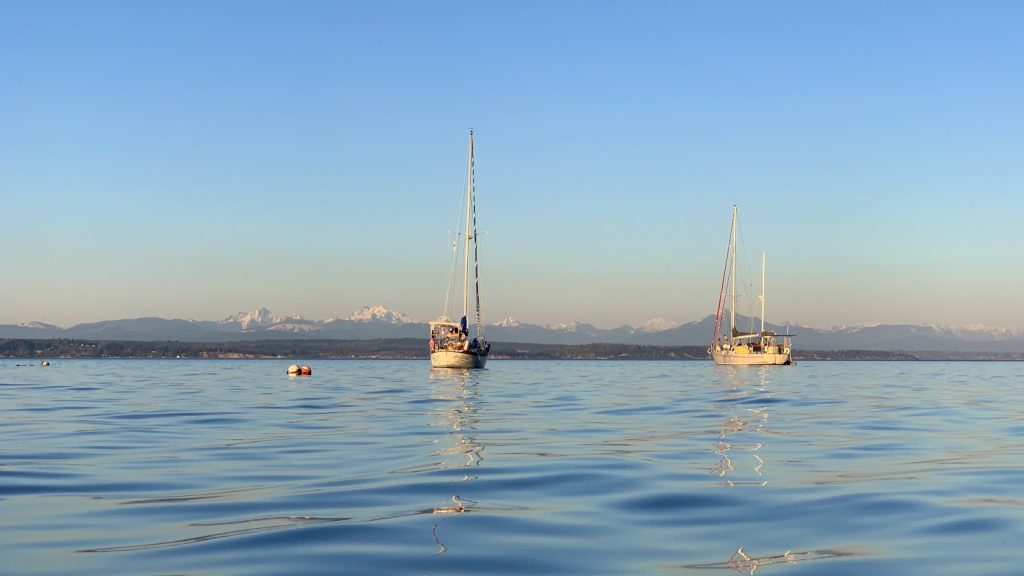 We were only anchored off Langley for a single night with two short visits to the town itself, one to sight see and grab a bite to eat and the other to provision and take showers. Neither were exciting enough to bring up any more than I already have.

We sailed off anchor – this is becoming a thing now – at 3pm, barely 24 hours after our arrival. Once again there would be no wind, but we were not going far to our work-week destination just north of us; Coupeville. 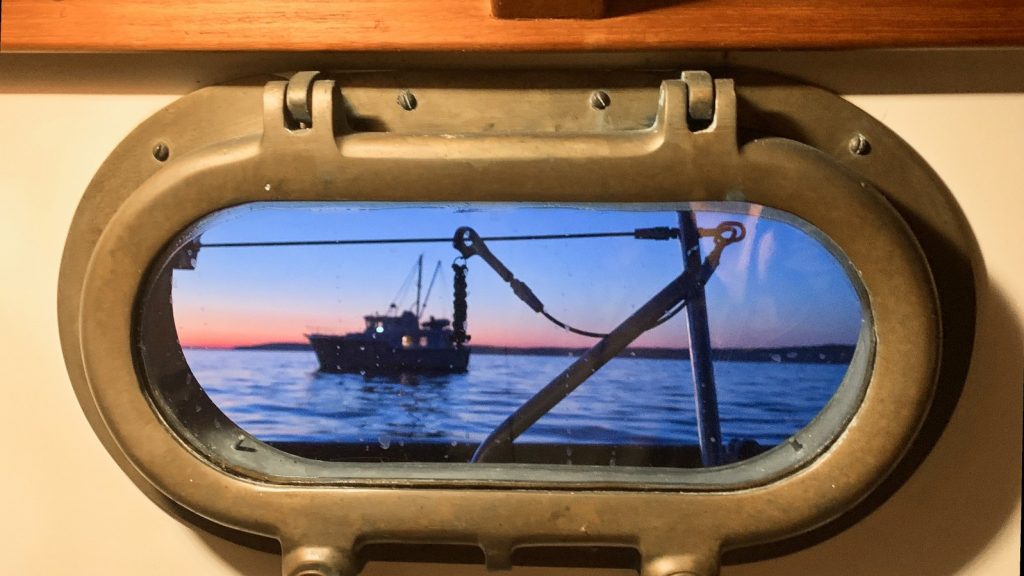 The view of the Cascades from Langley is probably the best I remember from anywhere on the boat around here, and we’re running out of places we haven’t been around here. We’re only about 20 miles East of Port Townsend, as the crow flies, but the mountains seem three times as large. (Of course the iPhone then shrinks them back down to 1/10 what our eyes see). 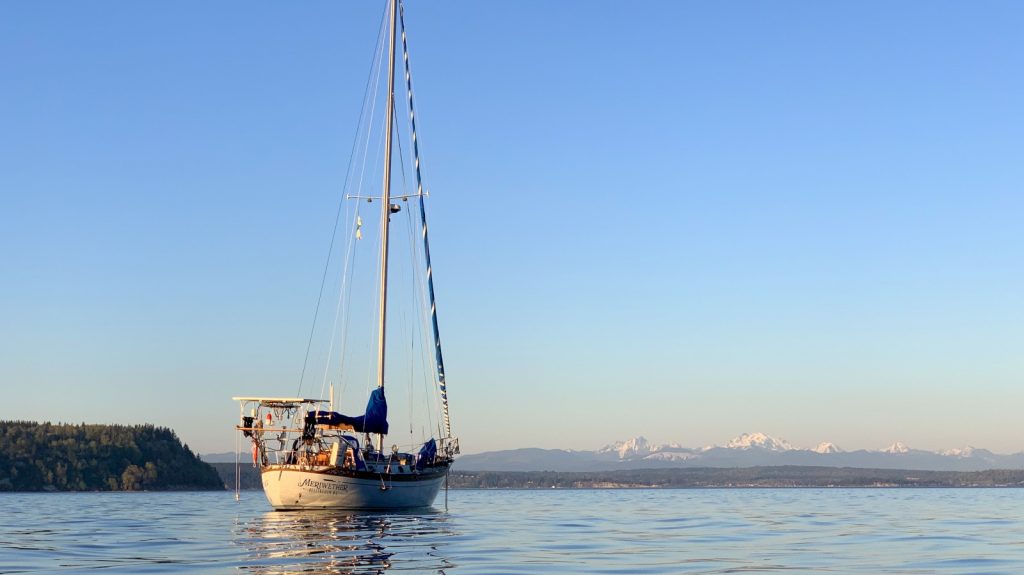