I wanted to give this post a few extra days just to make sure we actually made it out of Ketchikan’s grasp. By now we are far enough away that it would be easier to get to another town (Wrangell) if something were to pop up on us. It does appear we have made beyond Alaska’s first town. 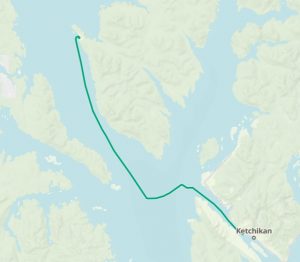 It took a bit more of an effort to finally get gone, and we did so just before starting a work week. We had only a single day to knock out the refueling, laundry, groceries, and last minute packages arriving. We were then suppose to get in a quick shower each but didn’t care to wait in line. We did get out of Ketchikan in the early afternoon, motoring as fast as we could up the Tongass Narrows to get out into Clarence Straight to catch the flood tide heading north. Here I attempted to sail. The wind was mostly mild and from a direction that forced us to run perpendicular to our intended heading so after an hour of dying winds we got back to the motoring. At least the currents would help us. 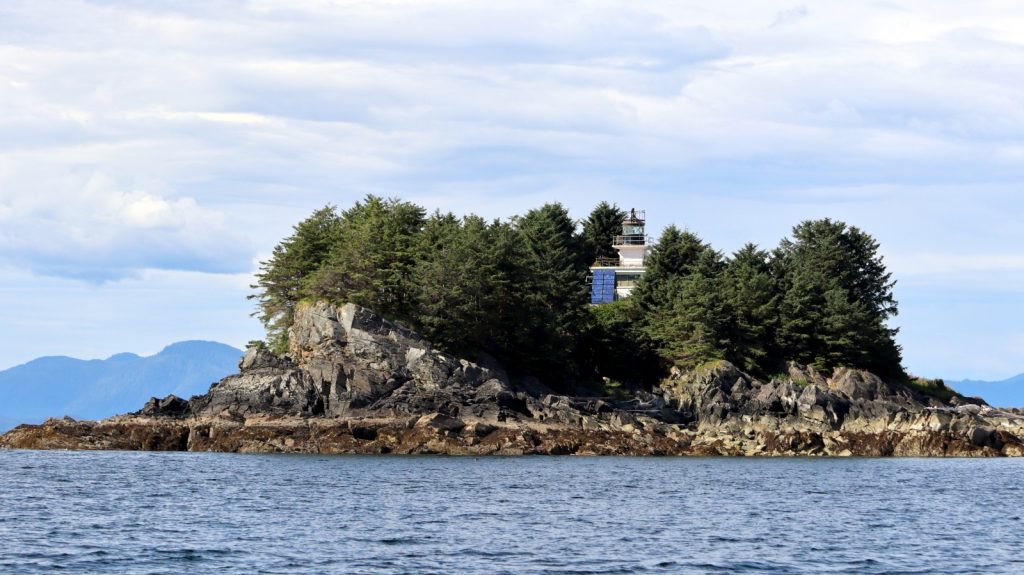 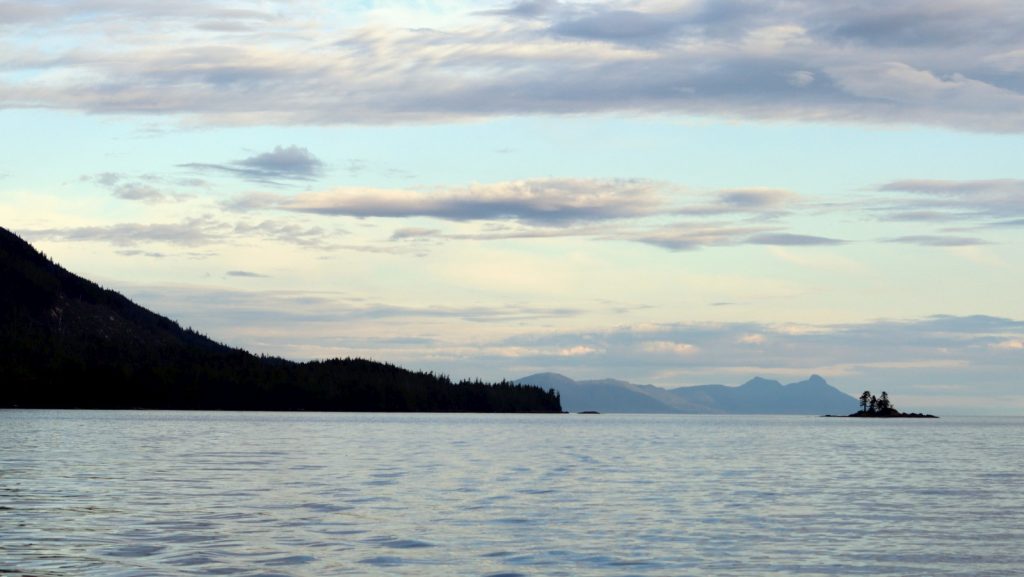 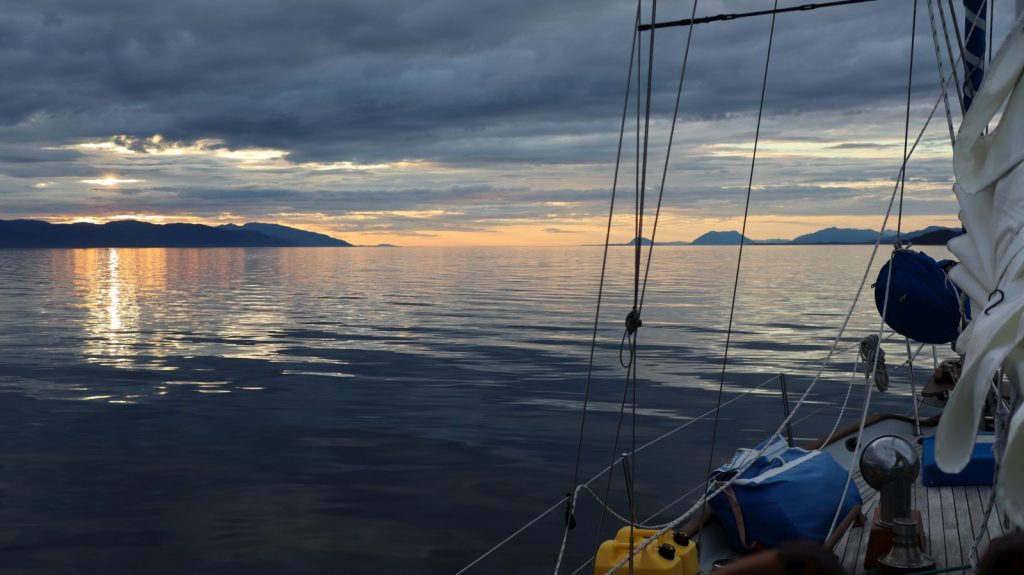 Not much happened over the hours it took. The sun would drop low in the sky but didn’t fully set before we arrived to our destination; Meyers Chuck – a town of only 12 year round residents. The locals, quite literally with waving arms, guided us onto the back side of dock as opposed to our normal anchoring. After a restful night we were visited by one of the locals who offered us a head of home grown lettuce. Either we took it or it was going to the neighbor’s chickens. We gladly accepted it and partook in some friendly gossip about the locals on the other side of town. 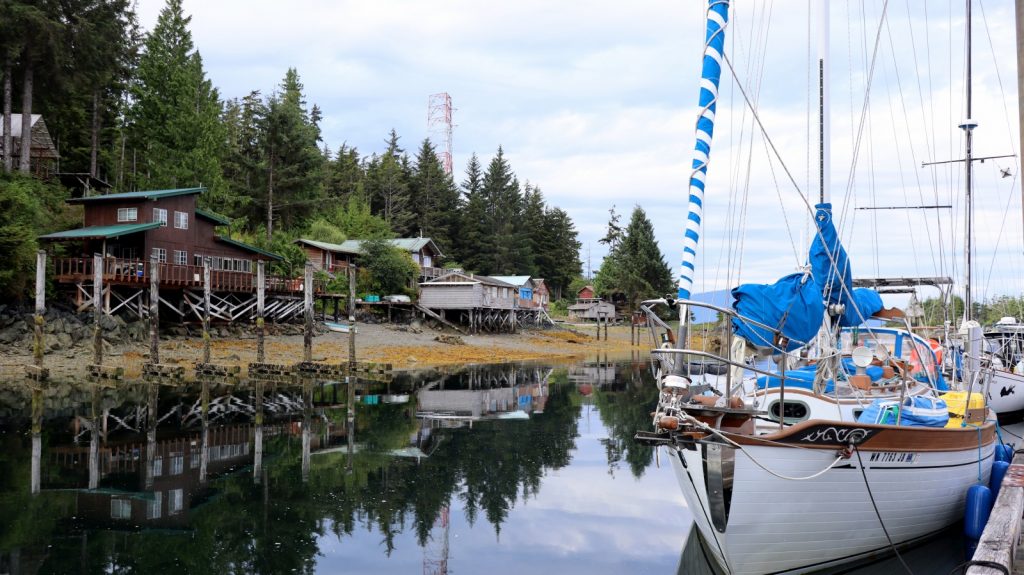 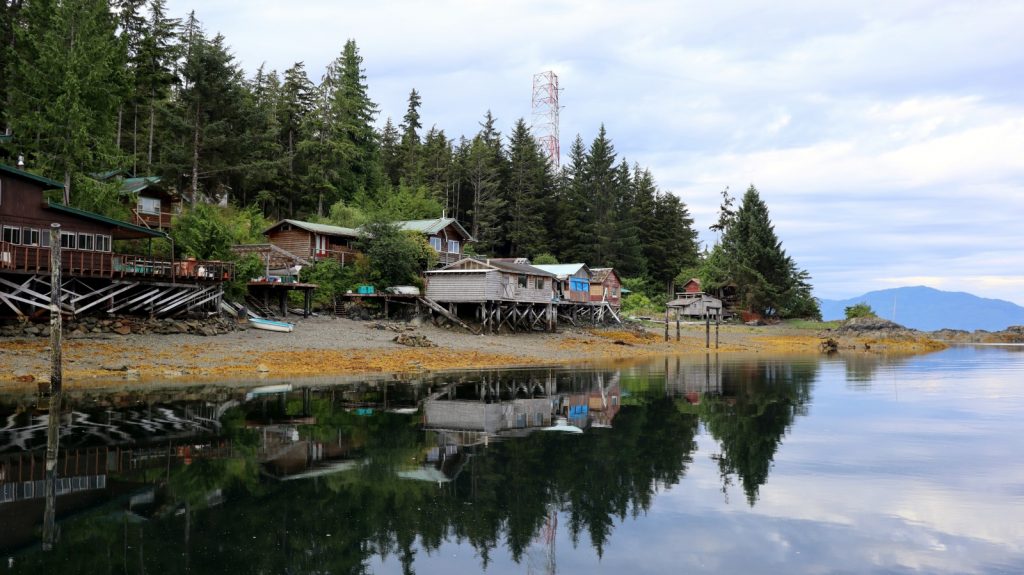 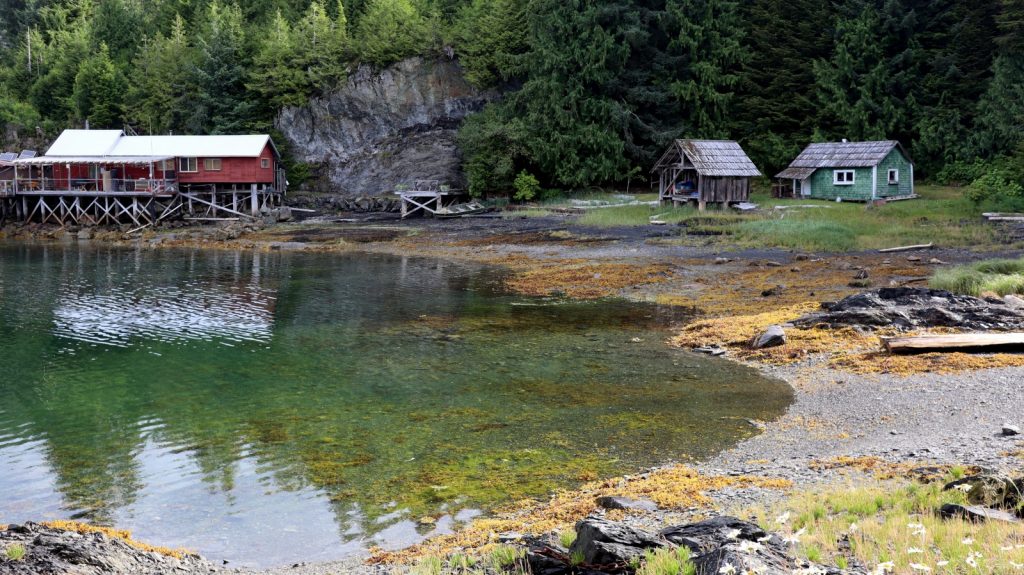 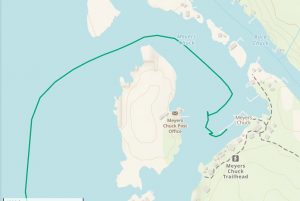 Meyers Chuck is such a quaint little place. I kind of fell for it immediately upon setting eyes on the houses perched on tiny rocks that they were pretending were islands. Some of the inhabitants had to wait for low tide to walk from their home, or dinghy into town. Town, by the way, consisted of nothing more than a post office and an old microwave tower so there wasn’t much of a need to get out. Resident’s groceries and other supplies are ordered and flown in with the mail once a week. Yea, I could live here.

The guide books as well as the online maps showed that we would have cellular coverage to complete a work week here, but things were just not working out. A full day was spent with only the slightest touch of a signal – even with our boosters – just not enough for Kerri to work properly. Unfortunately, that afternoon we were forced to leave Meyers Chuck, without really getting the chance to explore it.