Day 1 of our passage to Alaska. We almost made it to the Pacific Ocean. It was the plan, but a well laid out plan it turned out not to be. Leaving Port Angeles at 3am meant that we would have the tidal currents in our favor, expediting the long haul out to the Pacific. Or, at least not working against us. And, if you can get through Juan De Fuca without things going against you, that is one huge step in the right direction. The wind was forecast to be minor all morning, until around noon when it would start blowing in the straight. Traversing the length of the Straight would take about 10 hours, so timing was going to work out great, except… 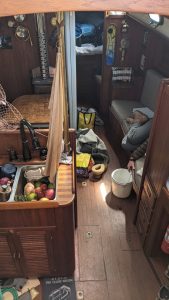 The forecast always lies; with 15+ knots of wind on our nose right as we turned the corner out of Port Angeles Bay, and 6 foot swell to go with said wind. We beat against that for two hours – in the dark – with hopes that once the sun came out life would get better. And it did, slightly. The wind and swells mellowed, as the fog rolled in. Too late though; the first hours already did a number on Kerri who by now was curled up into a ball down below clutching her bucket. At least with the calmer waters she was able to get some more sleep, which would have paid off later in the day as she would take over the helm.

At 10 am – about two hours before we approached the exit of the Straight – I woke Kerri who came back to the cockpit while I got a long list of things done before we could raise sails. Thanks to the forecast, I thought I would have 10 hours of calm motoring (and a co-captain) to get all these things accomplished, but now I had to punch it all out in the 11th hour. Lucky I did it when I did too, as by the time that hour was done so was Kerri, who went back down below, and the wind and waves returned with their even bigger gangster cousins. Before we even got to Neah Bay the waves where back to 10 feet high with winds now hitting the low 20’s at times. As I motored past Neah Bay – our final safe anchorage for the next 700 miles – the waves continued to grow. I made it just 3 miles further before the 20 foot (plus) wave heights, in conjunction with the sight of larger waves breaking on the horizon, convinced me that it was time to tuck tail and return to Neah Bay. The only thing we were accomplishing out here was removing everything from its stowed location from the boat and placing it firmly on the floor, Kerri’s breakfast included. She did go on to say that eating an apple when sea sick is at least somewhat pleasant to throw up a minute later… “tastes like apple sauce”. 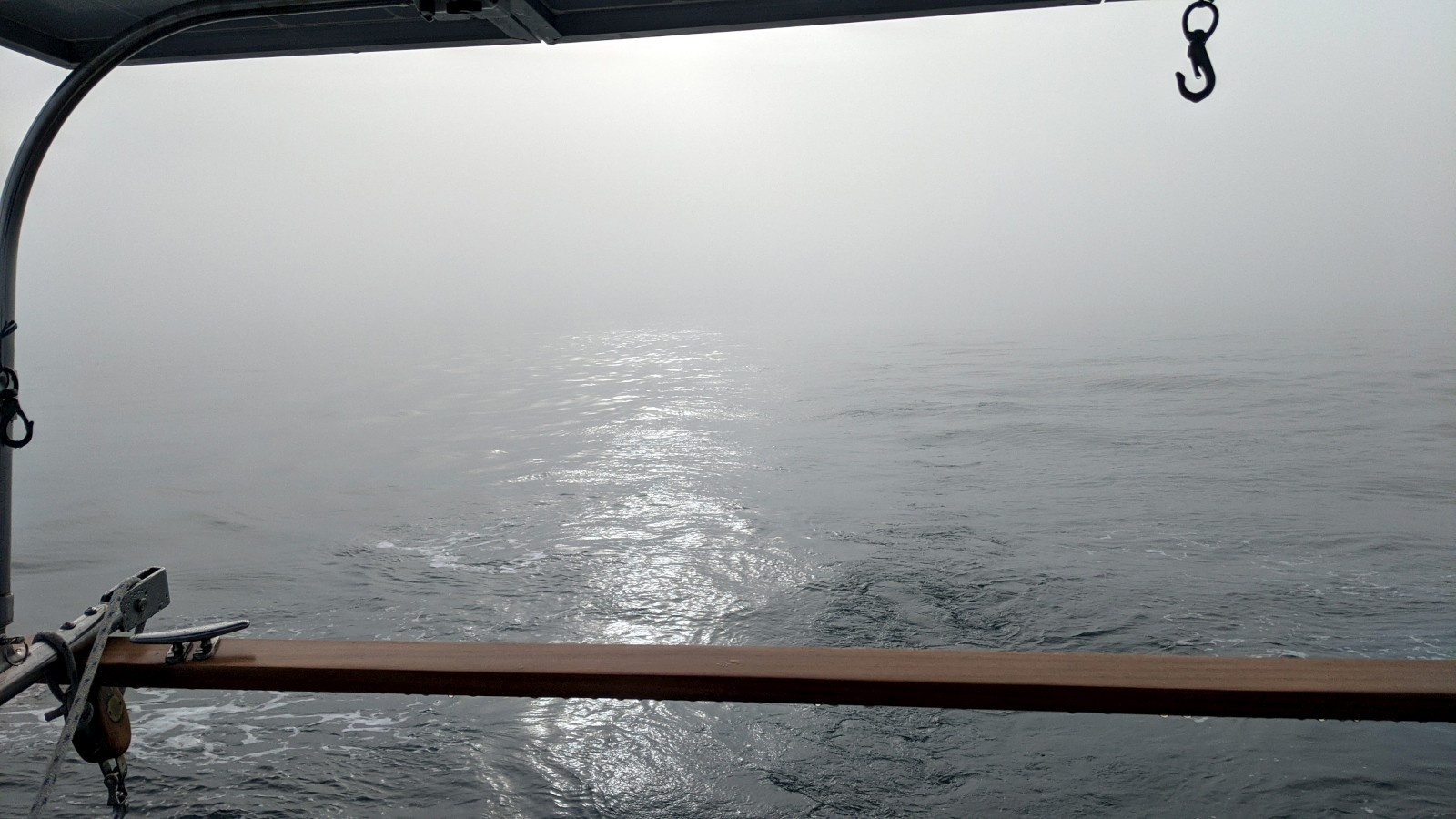 The problem – I surmise (and Kerri told me she warned me about) – was that great 1.7 knot current we were riding out into the Pacific. It worked great to speed us up, but it is an unthinkable amount of water colliding with the waters of the ocean. Neither are good at playing with each other, but the greater Pacific will always win causing huge waves rolling East. Waves that only grew larger the closer we got to the front lines of this epic-battle of water. In the moment I kept hearing my own voice saying, “a smart sailor knows when to turn around”. It may have been in my head or I may have been screaming it out loud… no one but the waves will ever know.

We wouldn’t be the first boat to poke a nose out there only to turn tail, and we won’t be the last. It is a one heck of a treacherous stretch of water. I have never felt more of an insignificant speck of dust on this big blue marble than in that half hour past Neah Bay. Not scared per-se, just tiny, even on an ocean crossing worthy boat. Honestly it was exhilarating, but I am no adrenaline junkie in my normal daily life.

Of course I had taken over the helm from the autopilot before going into those larger seas, which played one roll in preventing me from getting any pictures or video. Another was that my phone was 5 feet away packed safely in a pocket under the dodger and I didn’t want to let go of the wheel. Lastly, all fingers (and thumbs) on both of my hand’s were fully cramped anyway… not like I could have powered on the phone with the useless digits. You will just have to trust me that my story is without embellishments.

In total we traversed 61 nautical miles over 11 hours, all of which were done by motor. It is a record single-day distance for us, that will not last long. By the time you are reading this it should already have been beaten as we should be back to our passage after a single day in Neah Bay waiting for a storm to blow past. This stretch should have been the hardest. From here things should be a lot easier. The Pacific is vast, and strong, but it isn’t bat shit crazy like the Straight of Juan De Fuca. At least those 60 miles are behind us. We found numerous areas of improvement which we sat at anchor and accomplished on Monday. Tuesday morning we were back at it; headed to Alaska.