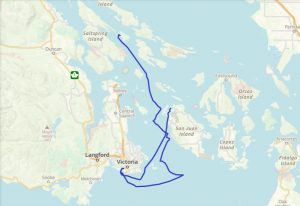 It was sort of a perfect first day of our transit through to AK, which made me ask multiple times, “Why didn’t we just to this in the first place?” We would have been in AK two weeks ago! The forecast told us that we should expect to be motoring the whole time, but we had wind for much of this first leg (on our nose, of course), and with the current, with us, as planned, we managed to sail for 7 1/2 hours, much of it at well above six knots. The long days this time of year give us plenty of daylight before we have to anchor, and we made 69 miles (though much of it was backtracking — we went south and east to check into Canada in Victoria due to our declarations, then had to head up east and north again). That said, in one day, daylight hours only, we made it to practically the exact same latitude where we turned around and headed back on the outside—and if you include the Straight, that took five days. 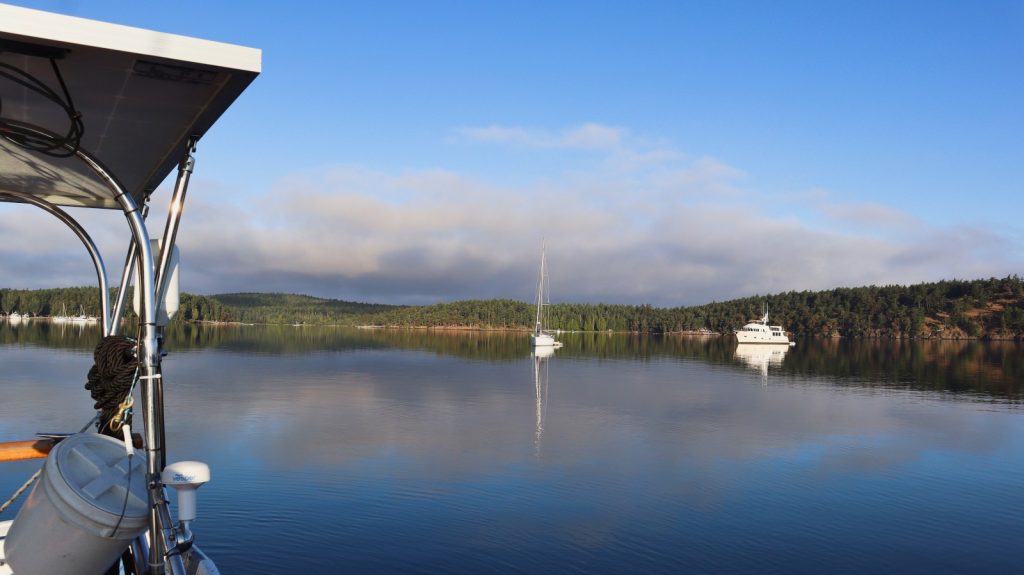 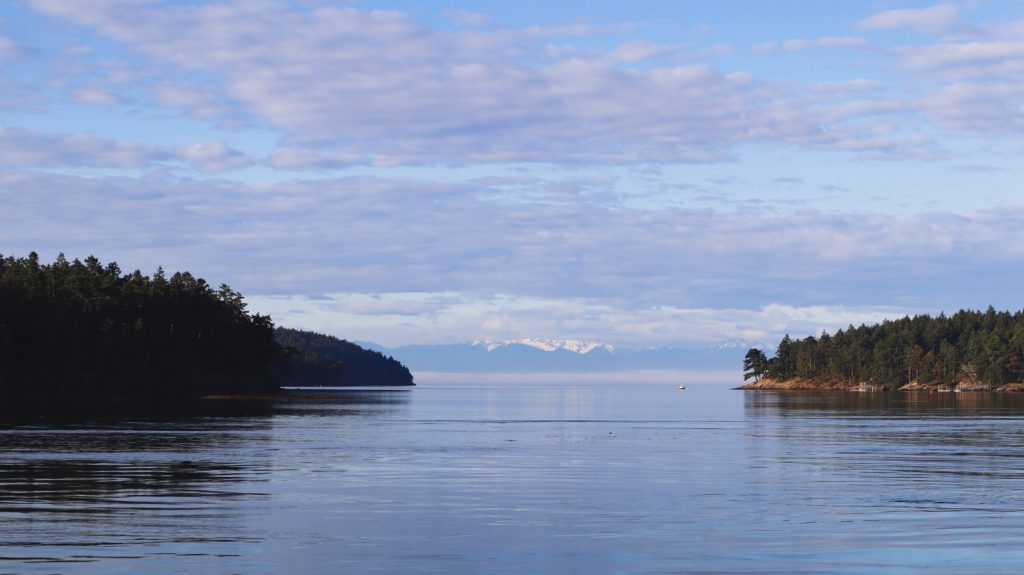 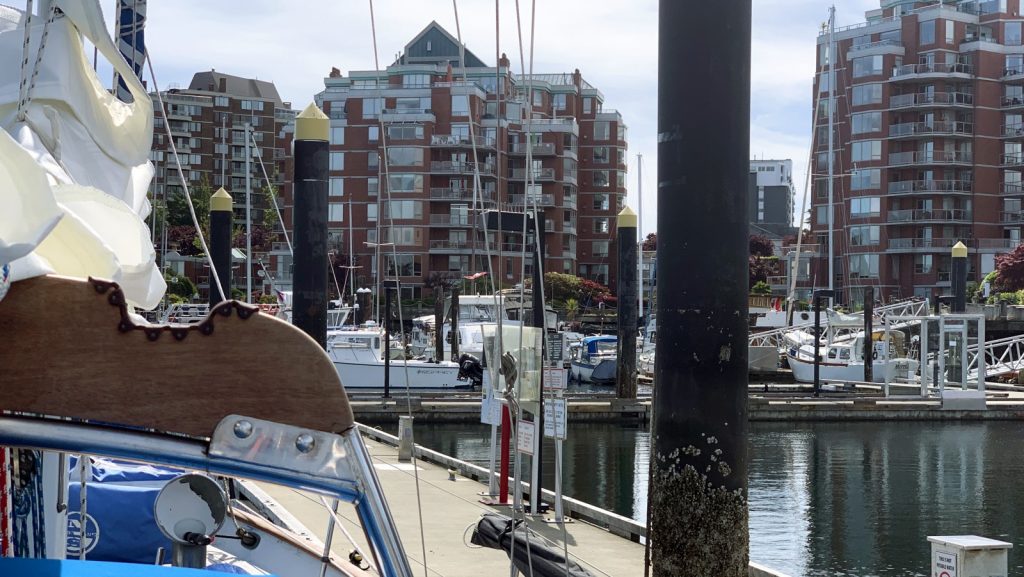 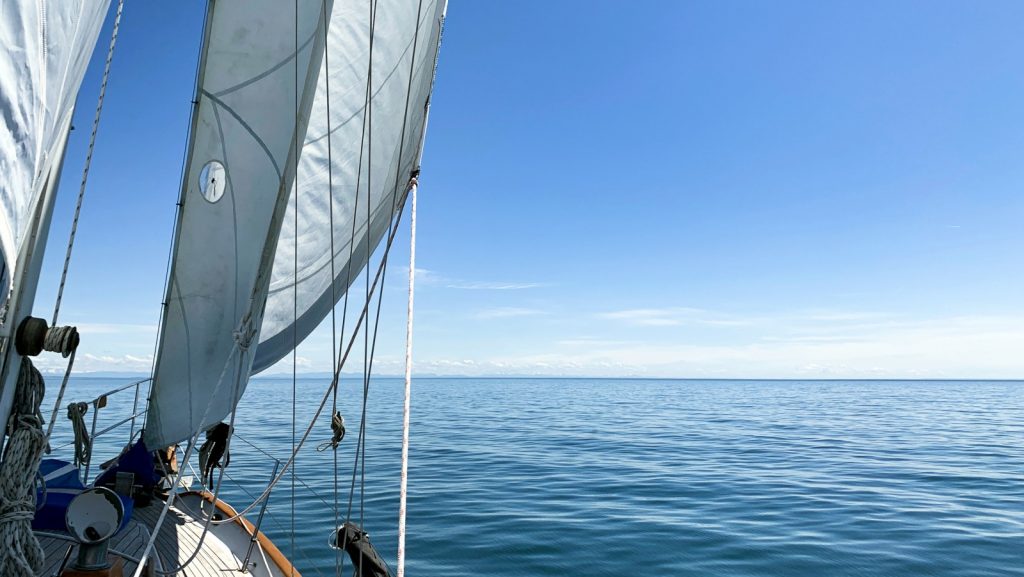 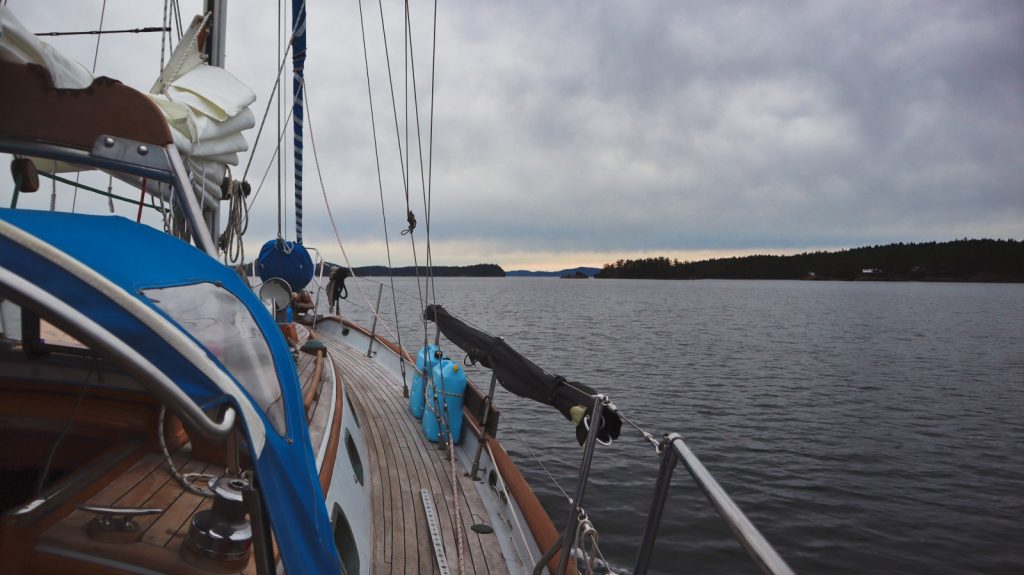 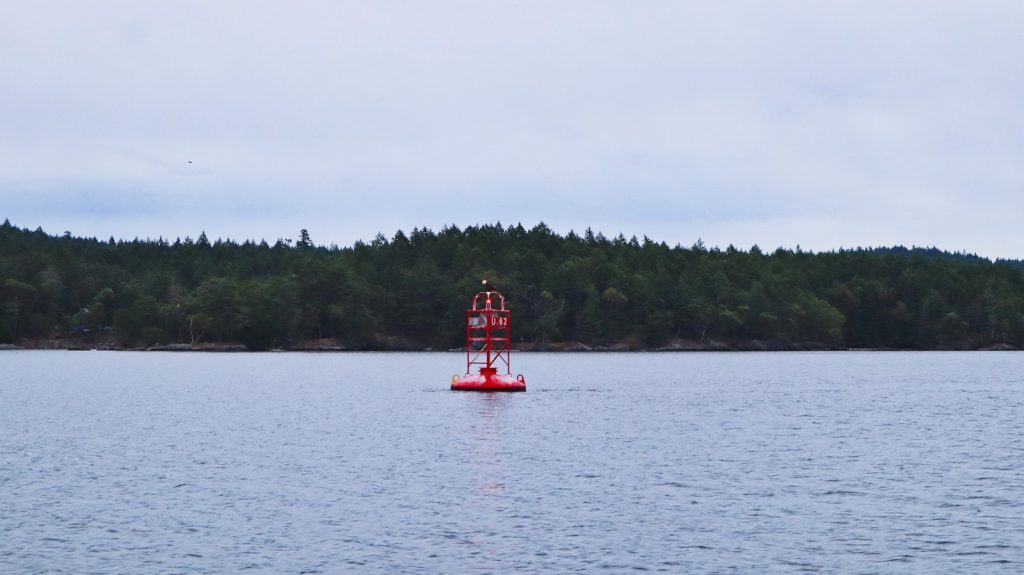 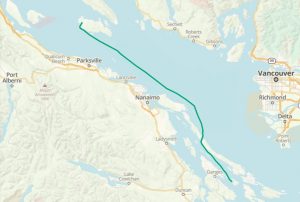 Day 2: 10am–9:15pm from Prevost Island to Lasqueti Island, 58 nautical miles, mostly by motor. Unlike yesterday, when the forecast predicted no wind and we were given pretty great wind for sailing, this time the forecast predicted good wind, so we opted to take the straight of Georgia rather than the more scenic route between islands to take advantage of the wind. Unfortunately, the forecast was wrong again this time, and we couldn’t keep enough wind in our sails to not backwind with every swell, and spent most of the day motoring. We raised anchor bright and early at 6am this morning on a favorable current, to motor to Hornby Island, await more favorable currents (and maybe some wind?), and make the bulk of the rest of today’s passage later today. 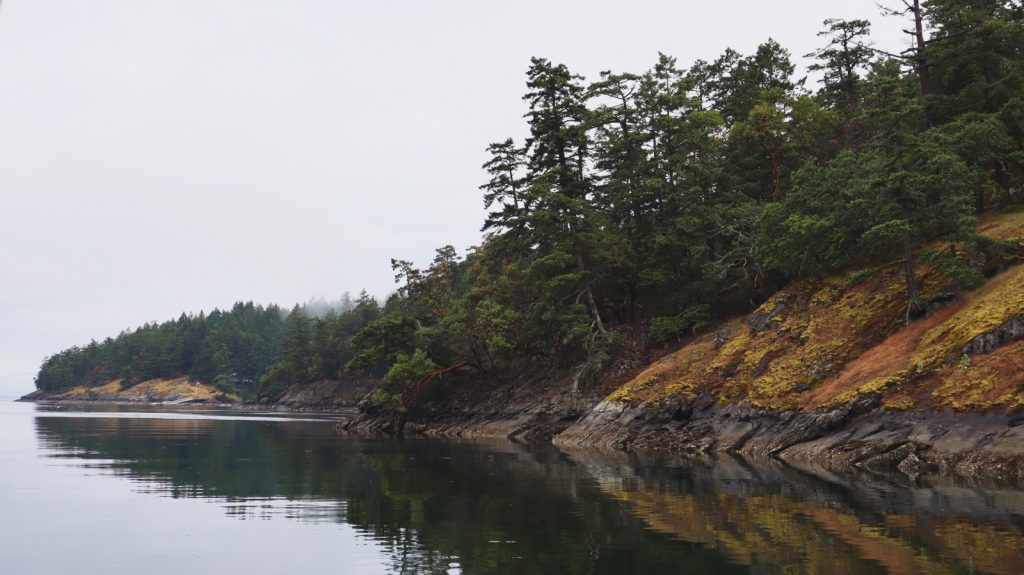 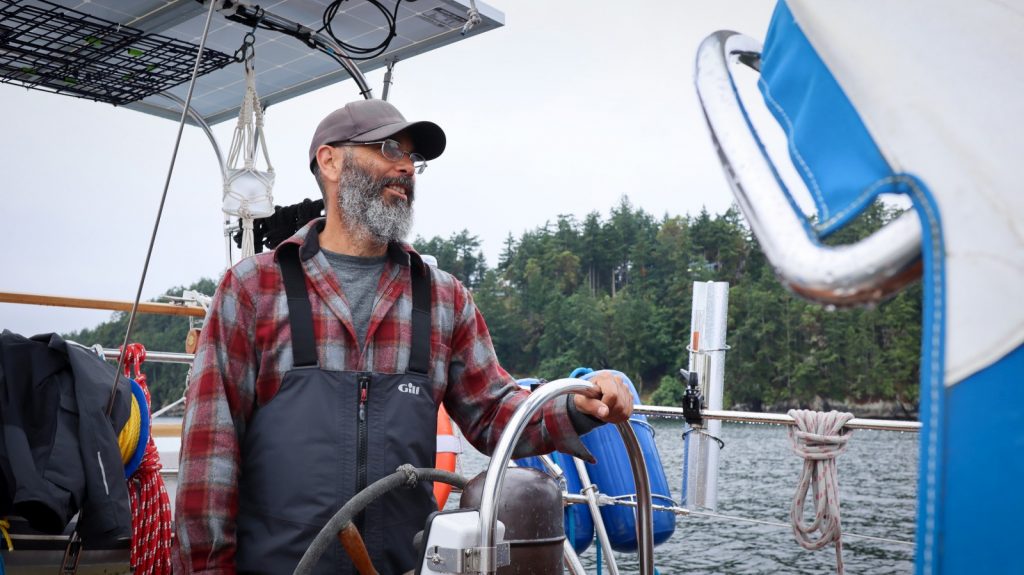 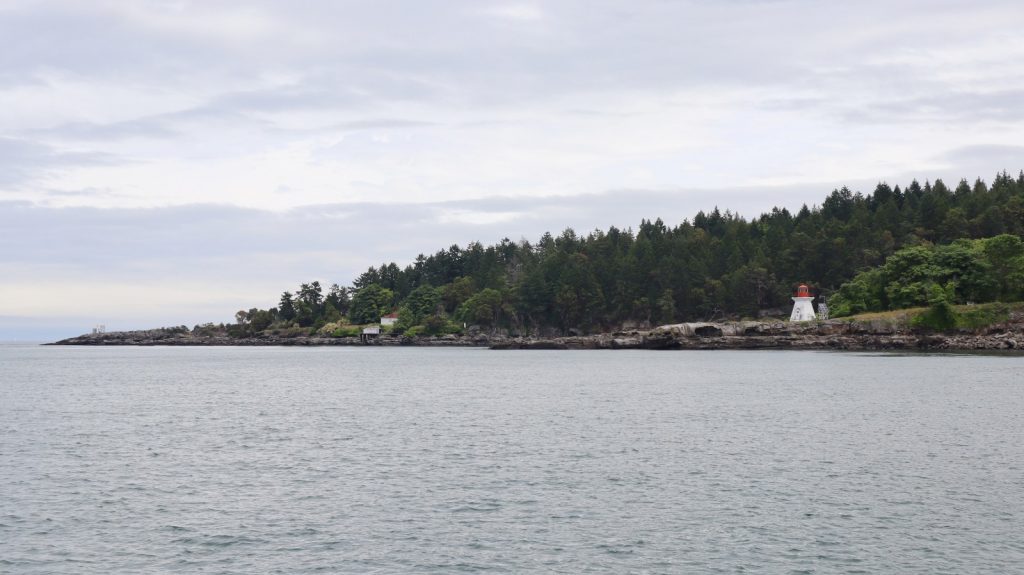 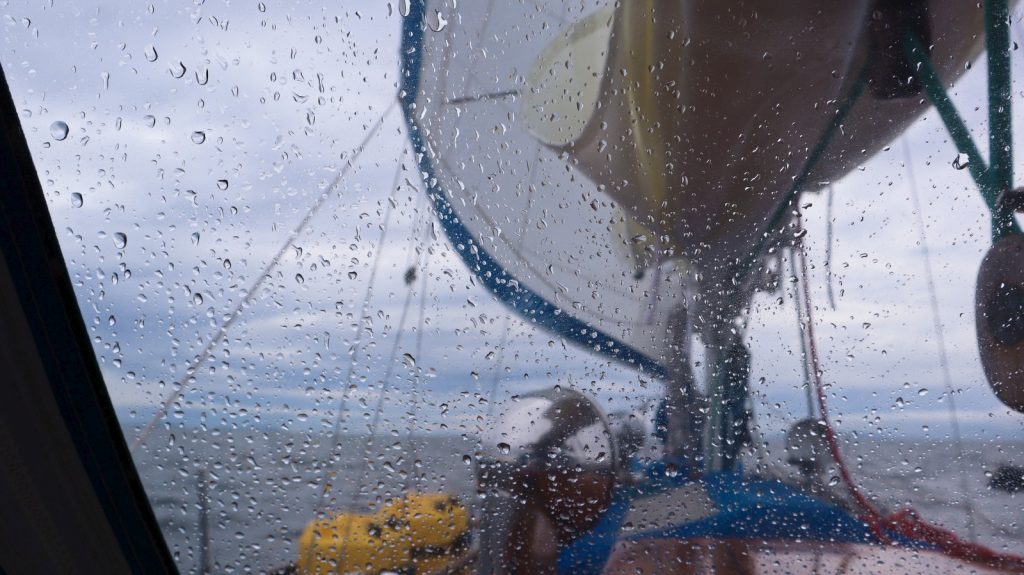 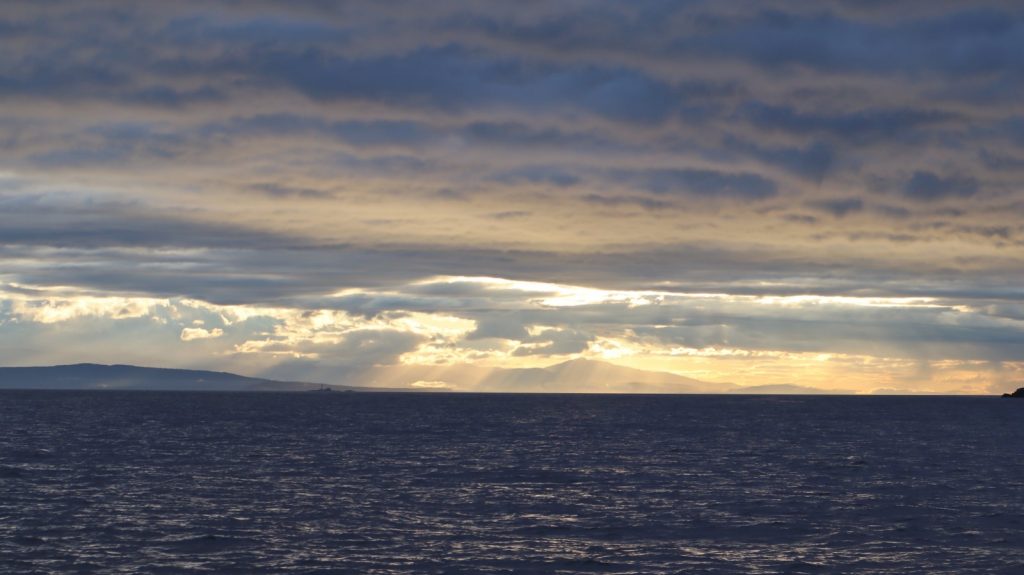 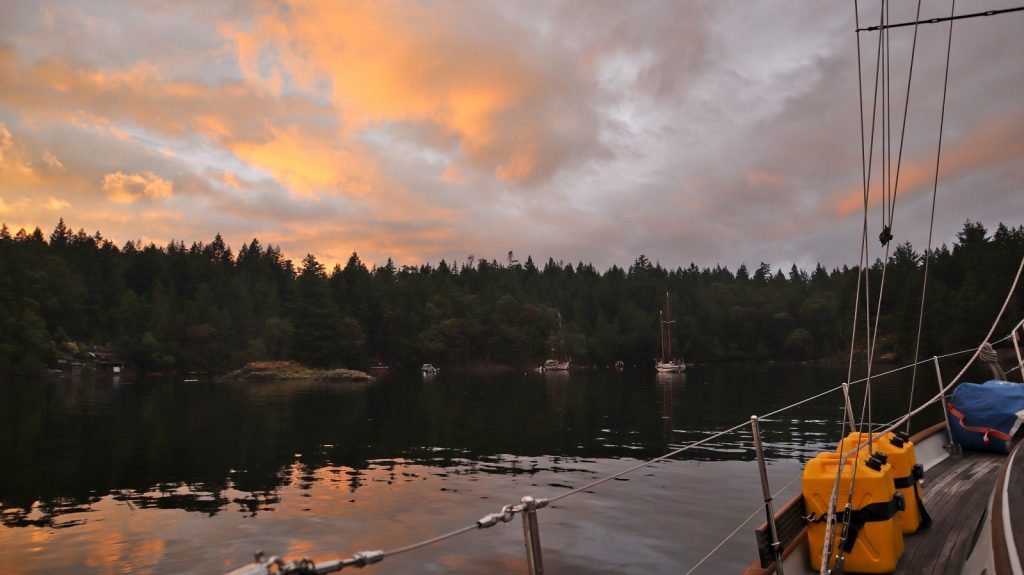