Our destination was Port Angeles, which would serve as our staging point for the next big adventure of sailing to Alaska via the ocean. But first, we had to get there, and only the Straight of Juan De Fuca stood between us. Because the Straight is exposed to the Pacific, it can bring with it some of the ocean waves and weather. Small craft and gale warnings are a daily part of life on and near the Straight. We have heard countless horror stories of people crossing at the wrong time and wanted nothing of that in our day. We have crossed it before, but always within a few miles of land where we could run and hide if needed. This day we would not have such a skirt to hide under. 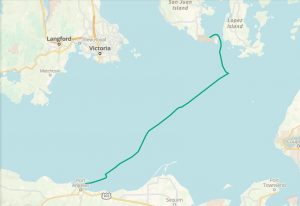 We woke at 6 AM to get an early start on our sail, and to utilize the tidal currents to get us to our destination with greater ease. Also, the wind was forecast to slowly dissipate as the day progressed and the need to avoid motoring for hours was ever present. Leaving from our week long anchorage under motor, we would navigate the channel between San Juan Island and Lopez Island as the ebb tide was at full swing, pulling us through at 7 and 8 knots. We were choosing not to raise sail until we cleared the islands as the wind could and would be very different on the other side of the island, going from a calm 6-10 knots of breeze to 20+ as we cleared San Juan Island. This was as forecast, but the direction was not – no surprise there. The bigger surprise was the state of the water where the tidal currents collide. Angry and confused were easy descriptors. The choppy water would hit the hull of Meriwether causing a 12-15 foot high cascade of salt water and mist, but it was all bark and no bite.

Cattle Point Lighthouse with the Olympic Mountains in the distance

Soon we would clear the choppy bits and get to the sail-raising – which Kerri handled this day, if only to switch up our standard roles. Strapped to the boat at the mast she got that big, heavy, main sail up with a reef already in for the still stiff winds. Unfortunately, the wind was coming at an angle that would take us off course for a while; heading right back towards Port Townsend, way too far East. But the further we sailed in this direction, the better our heading would be after a tack, which we did just before entering one of the numerous shipping lanes. Our heading, after that tack, was dead on to Port Angeles and kept us just outside that shipping lane. The wind had calmed enough for us to shake out the single precautionary reef we had, and we waited to do so until after this tack as working on the sail is easier on a starboard tack thanks to all the rigging being on that side of the boom and mast. This would be the last time we would have to touch the sails or our wheel for hours (other than two cargo ships to avoid). A single heading for miles and miles, an autopilot, and a mostly-consistent wind is a beautiful thing. Only a couple miles out of Port Angeles did the wind finally die off completely. I would have been happy to have sailed only for half the distance this day, instead we sailed about 25 of the 32 miles. It was mostly an uneventful sail, which is exactly what you want crossing Juan De Fuca. 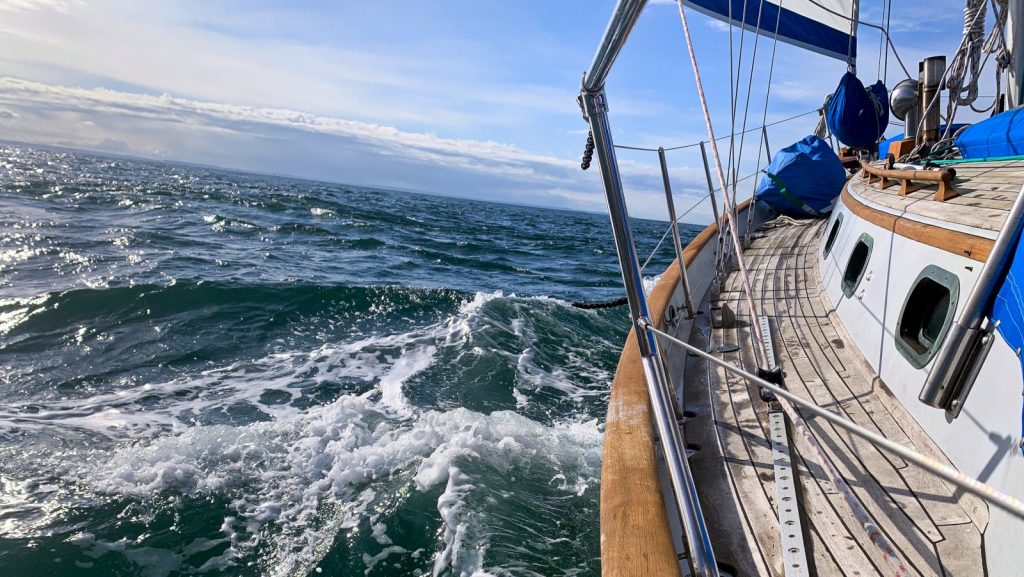 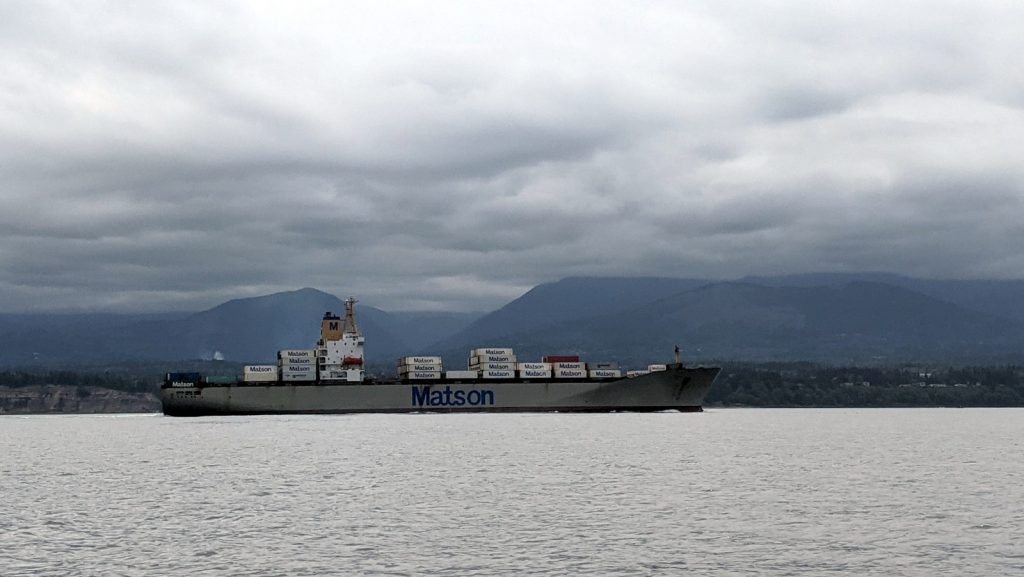 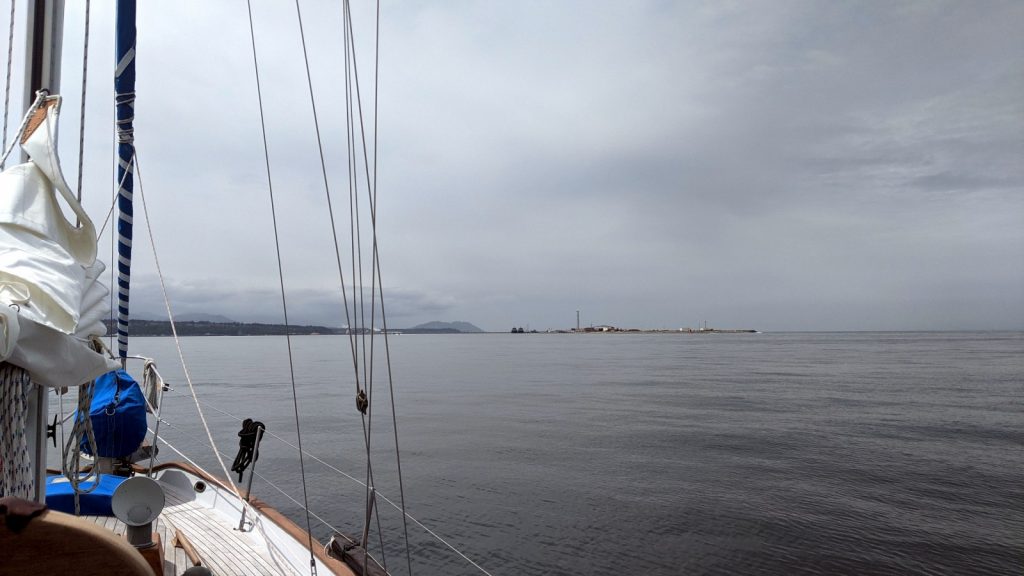 Upon entering the marina we stopped in at the fuel dock to top off Meriwether’s tank – in preparation of the Alaska voyage – and tied up at the guest dock where we currently sit today. Our plan has been to get here before mid-month, resupply, and wait for a weather window to sail into the Pacific Ocean, around Vancouver Island, and into Alaska – completely bypassing Canadian waters – a roughly 800 mile journey. To put that into perspective, 800 miles is about what we sailed during the entire year the past two years. We hope to sail that distance in 7 to 10 days of straight sailing. Going offshore comes with challenges we have not yet experienced. Experience we need if we are going to sail elsewhere in the world. Getting our first ocean-sailing experience will help us when we are ready to do that in a couple years time.