We were already feeling the crunch. The crunch to make it to Port Townsend by our scheduled haul-out at the end of August. But we had only just arrived in the area that contains endless islands and inlets to explore. Down the entire 300+ mile length of Vancouver Island is a boater’s paradise [in the summer], yet we only had a few weeks to see what we could. The crunch began months back, forcing us to cram as many transit days in each week as we safely could. That schedule continues, moving six consecutive days in a row most weeks. 75% of the time spent just motoring along – not very fun.

The sail into the Broughton Archipelago was what we needed to make all the other days of motoring worthwhile. We sailed across the Strait, into an inlet, and all the way to our anchorage where we quickly – and expertly I might add – doused the sails and set to the task of dropping out ground tackle in the mud below. The anchorage, named “Lady Boot” due to its shape, was quite small. When we spied two other boats already at anchor, we thought we had ‘missed the boat’. But, as luck would have it, they left us the idyllic spot right up at the very tip of the boot. A peaceful evening and night ensued. 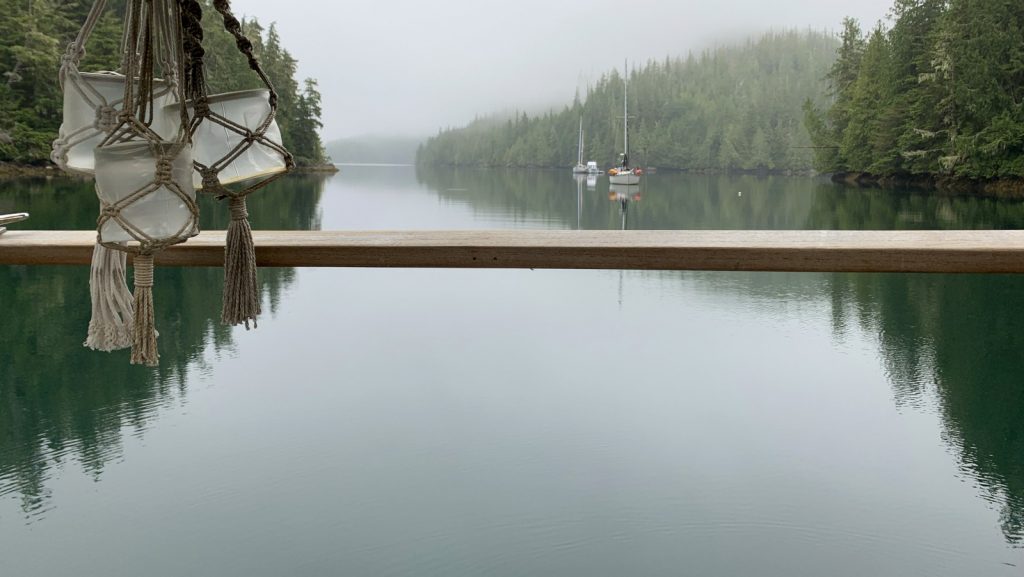 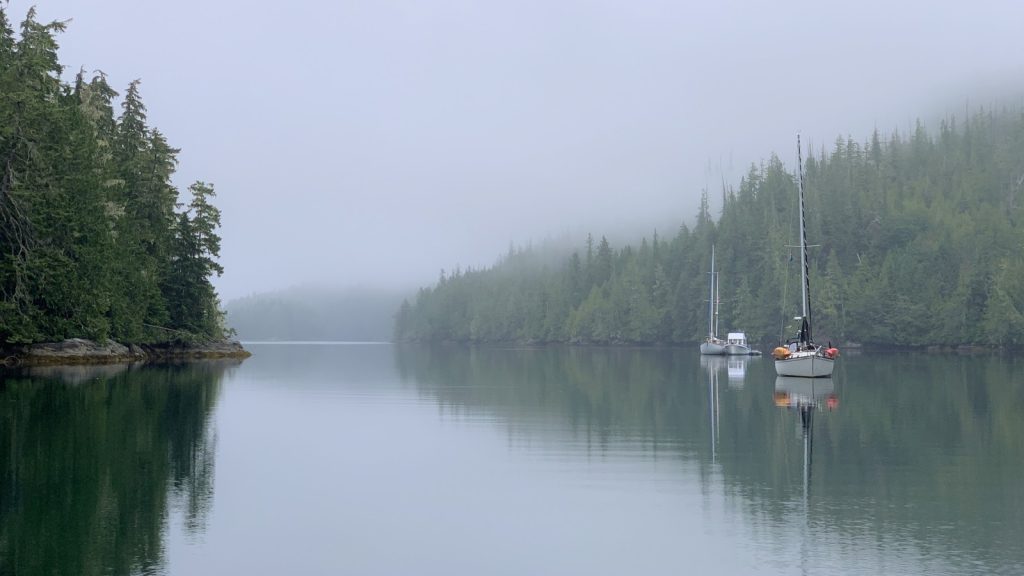 The next day we tried to repeat; sailing further into the inlet with a nice breeze in our favor. It took a few jibes, crisscrossing the inlet, to keeping our sails full, but within only a couple hours of that day’s destination – Simoon Sound it all came to an end. Unfortunately, once we rounded a particular corner, the wind just could not follow to give us the boost it had been supplying for two days. The old Perkins came back to life to complete our voyage.

Simoon Sound was calm, quiet, peaceful, and empty but for one other boat. We had chosen a small anchorage that the guide books spoke highly of, but in the end was pretty basic. It was tiny, sized for only a single boat, and had rocks that would prevent Meriwether from swinging at anchor. So, we stern tied once again (we are getting good at this by now) and enjoyed yet another peaceful evening and night. 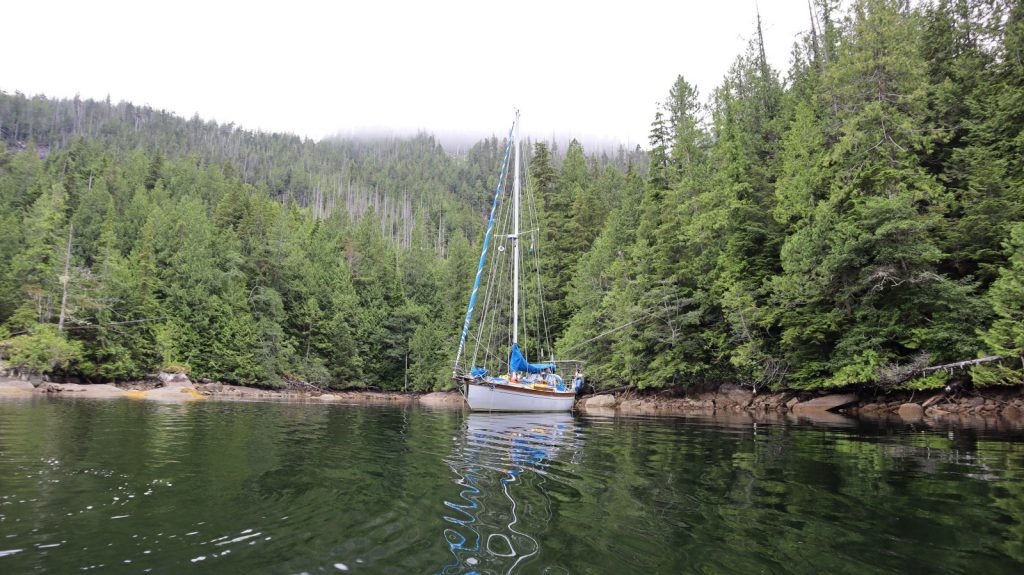 Another day, and another sail… err, we motored actually. We wanted to stay at this anchorage, but it fell through – too deep. Then this one, but it was bleh. How about this one? Nope, full of heavy equipment which was sure to all start working once we arrived, so we passed on yet another. Eventually we had made it all the way to our destination planned two days hence! No harm, we went with it and tied ourselves to the sketchiest of docks we have ever used. Luckily, no wind was coming up, so we would not test whether or not Meriwether was too heavy for the decades old dock. 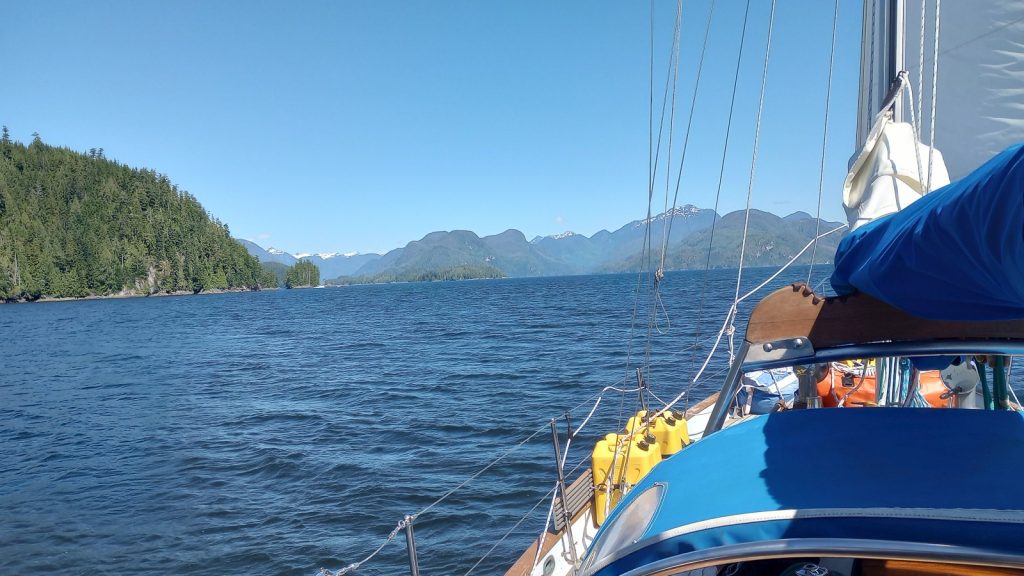 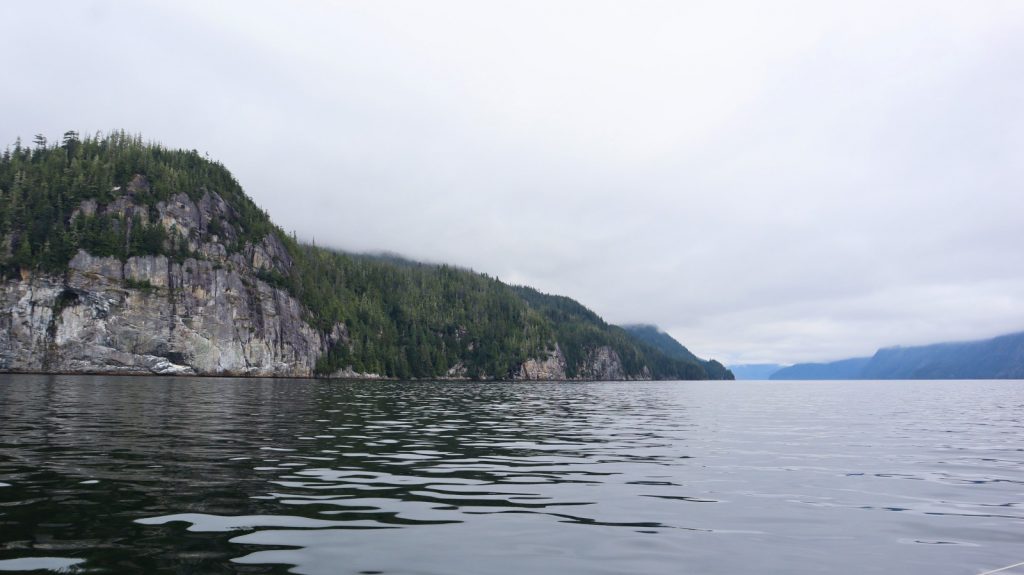 Our stop was the famous Procter’s Museum just outside of Echo Bay. Mr Procter was raised and grew up in this area. He has spent his entire life exploring every place there is to explore. Part of said exploration was to pickup the interesting things he found on each beach. Decades later, his findings are all on display as part of his amazing museum. He says everything was found, discarded to time before he brought it to the museum. He was an interesting man to talk with as we all sat out on his front porch to shoot the breeze. He told of his time ‘logging’ timber from the local waterways [aka hauling drift wood of value, some very valuable indeed] and of the old Chinese Camps that were setup for laborers all around the area. Proctor is a legend of this area, one that will likely never get a TV show after his adventures, but I enjoyed listening to him for the short time we got too. 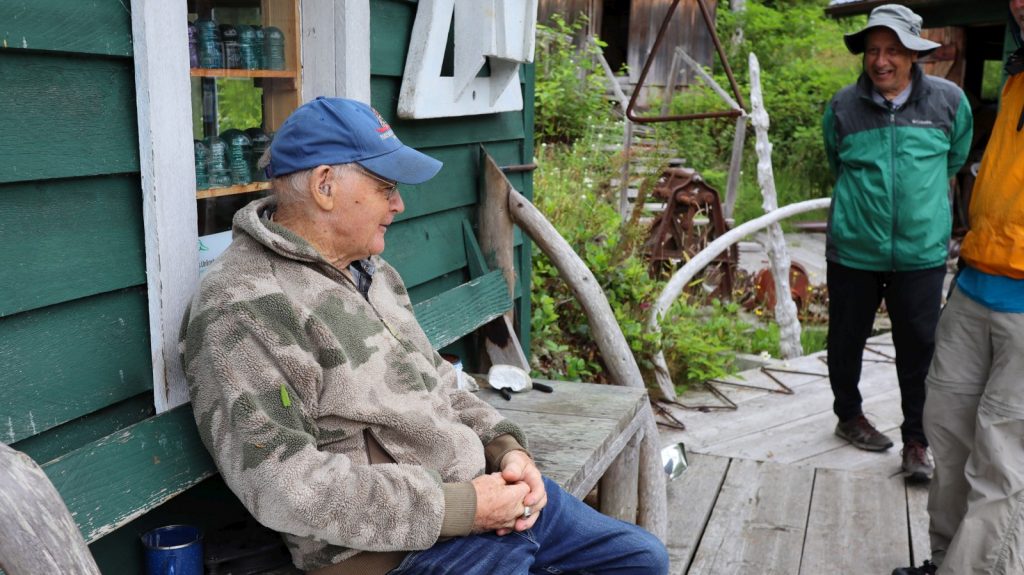 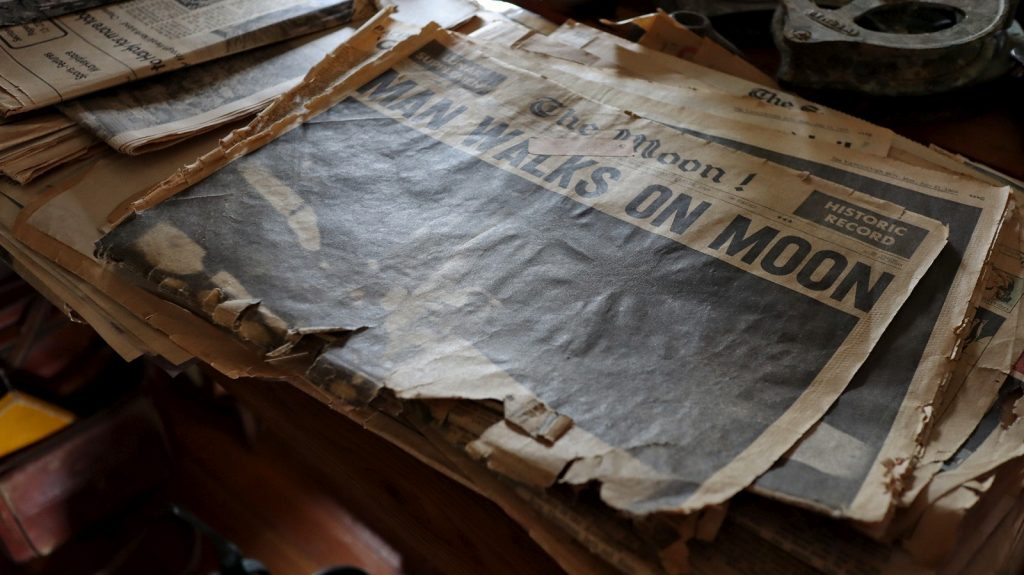 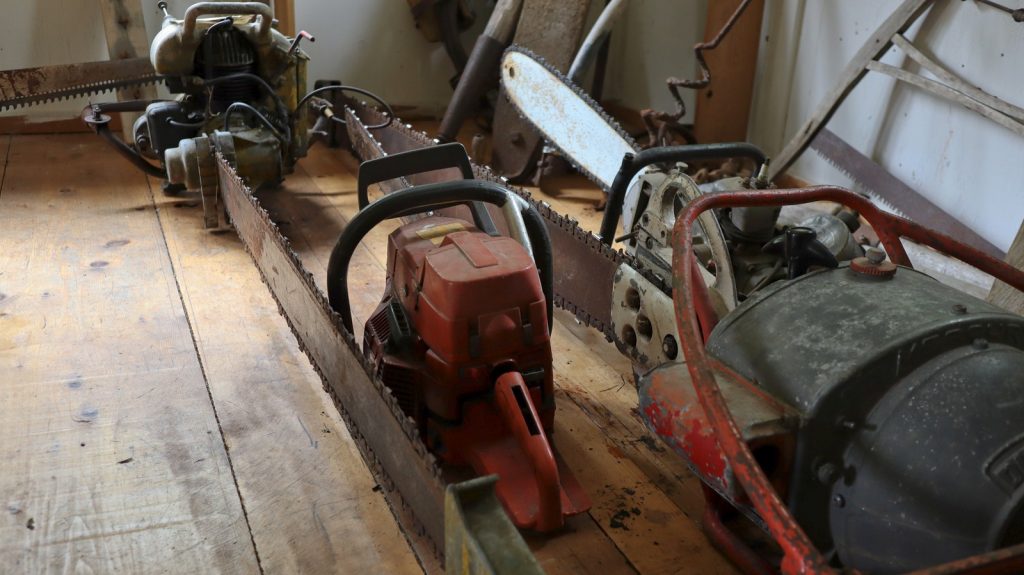 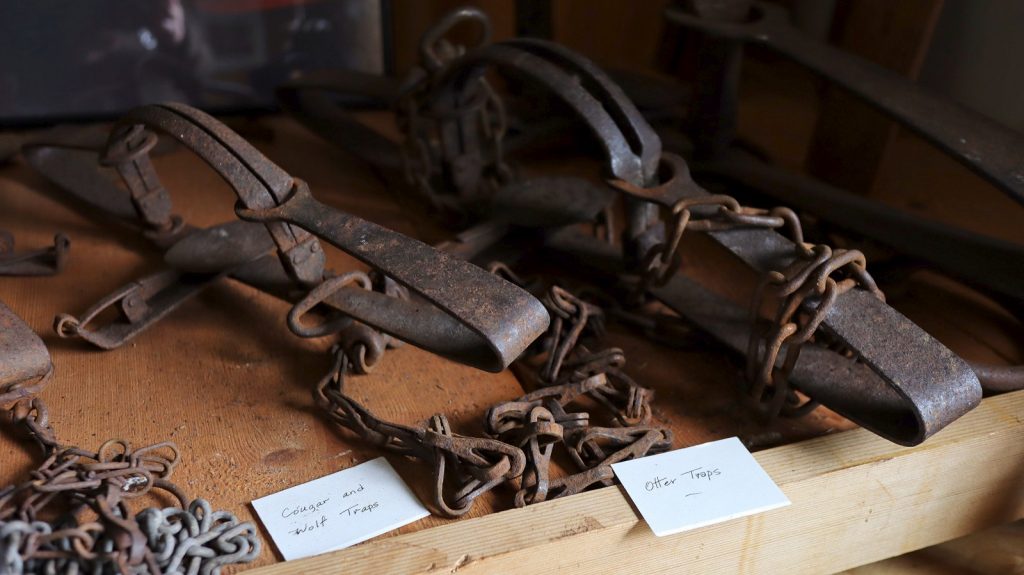 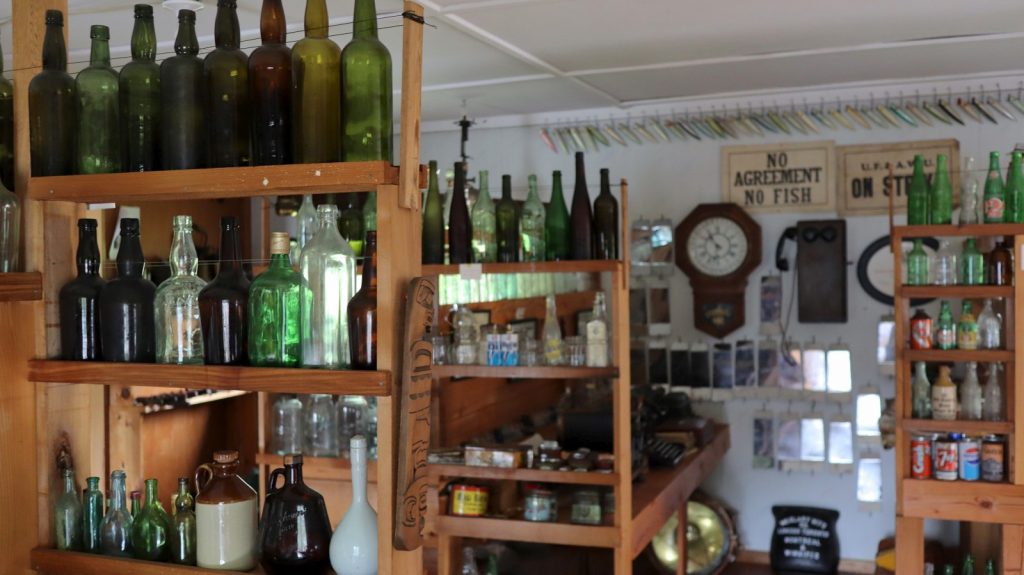 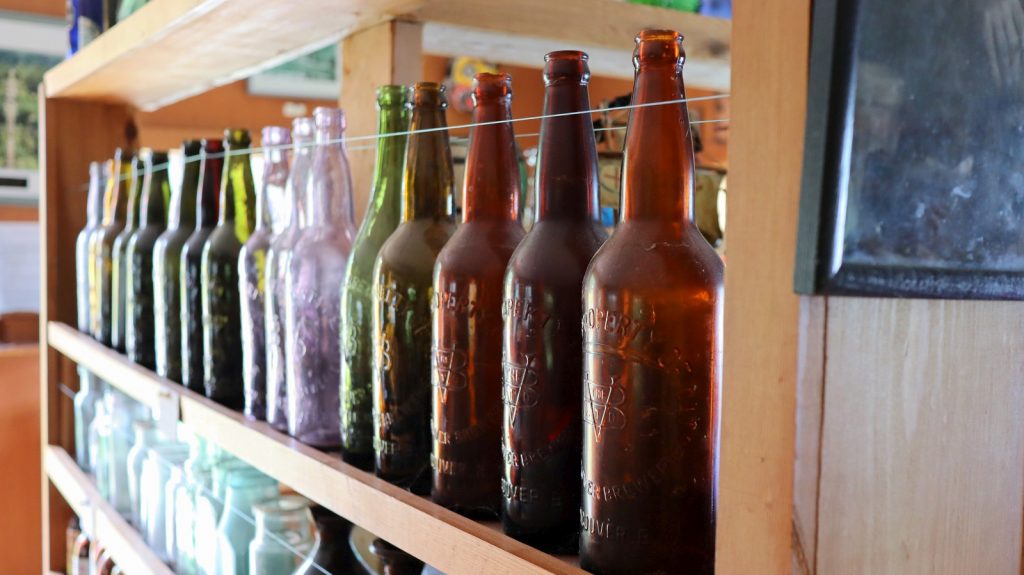 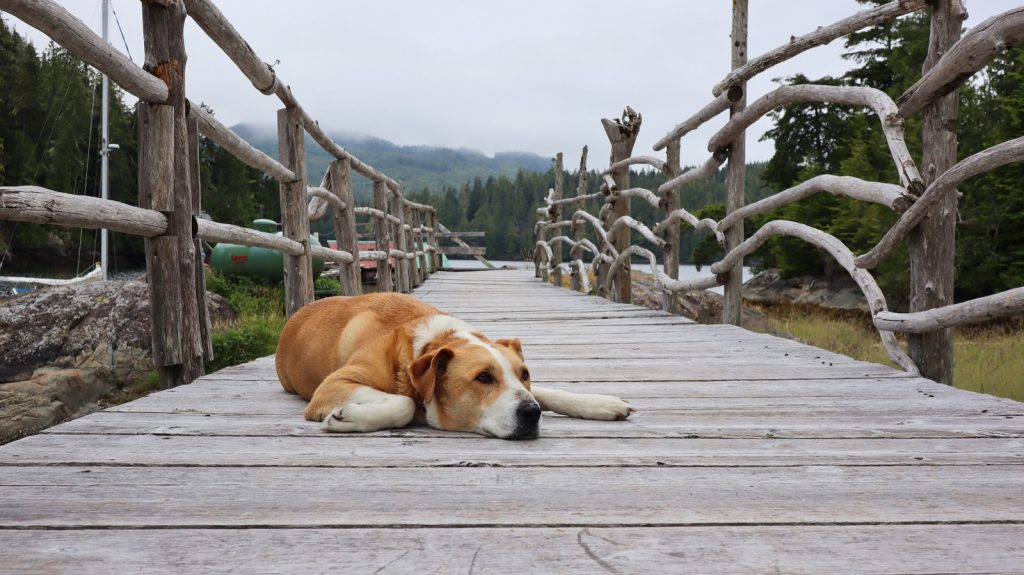 If there’s one thing I can say about that damned Google, it’s that I’ve yet to stump it.
When exploring the BC Inside Passage, a stop at Billy Proctor’s museum is a known must. Not just for the collection composed entirely of items he’s scavenged on the beaches here, but for the conversation and anecdotes offered by this legend and author who’s lived his entire life within seven miles of his current cove. We, and a couple of kayakers visiting at the same time, learned about many of his antics, and his side gig of collecting and selling logs that fall off the lumber barges (something that came up due to the enormous amount of logs we’ve been dodging since the recent King Tides).
We had planned on stopping at nearby Echo Bay and making the dinghy ride over, but had just heard that Echo Bay has ended their (also legendary) pig roast pot luck and cruiser happy hours after Pierre’s recently changed ownership, so we saw no point in stopping. We were thankful that the kayakers saw us coming in to Proctor’s cove and trying to figure out what to do, as they pulled their kayaks out of the water and onto the dock to make room for us to tie up there — to the most questionably secure set of cleats we’ve ever seen.