In search of new adventures

We were already on our way south out of the Broughtons after spending a few days within the archipelago, one of which may or may not have  included a birthday. It did, in fact, include a rare two-night stay in a single anchorage to catch up on some work and rest, and a visit to an abandoned native village. 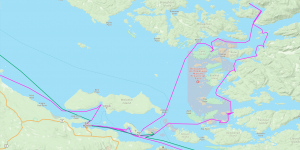 The Mamalilaculla Village was an adventure all in its own; with a fairly small anchorage off the island and one other boat making their way into the anchorage just before us, there wasn’t a lot of room for error. Luckily there was not a lot of wind predicted so we didn’t have to let out full scope. After climbing into the dinghy to go ashore we were met by the couple on the previous boat who informed us of all the no trespassing signs and the phone number to call to be granted permission to visit. Of course there is no cell signal out here, so a number isn’t all that helpful. We used our sat-phone and got no answer. Eventually we decided to go ashore ourselves, at which time we noticed the signage on the barge at the dock, but not the dock itself. In fact, there was signage regarding payment for visiting at the end of the dock. So we visited and both agreed that we would very much love to live in this very spot. I can only imagine the place full of life and children running around. 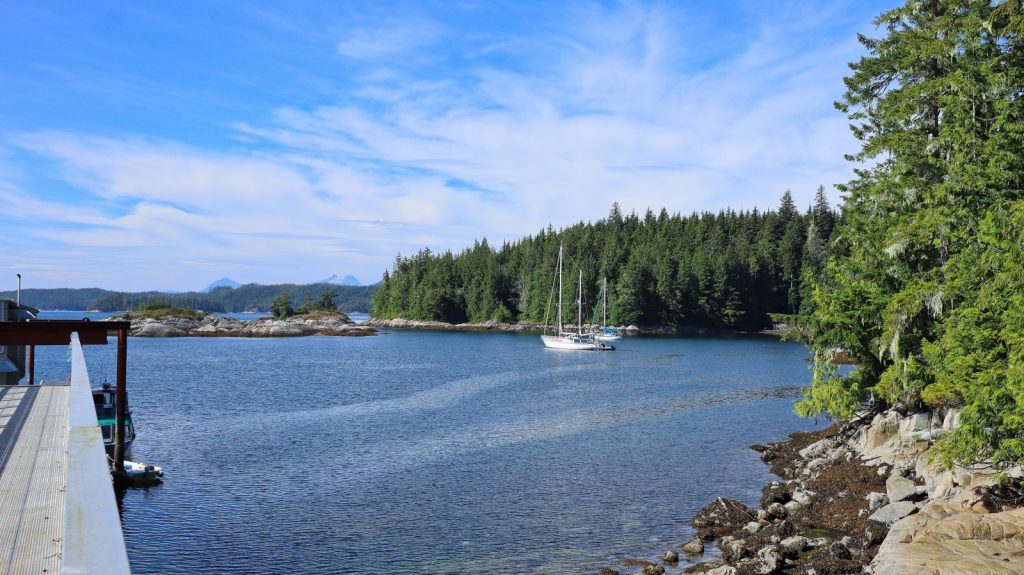 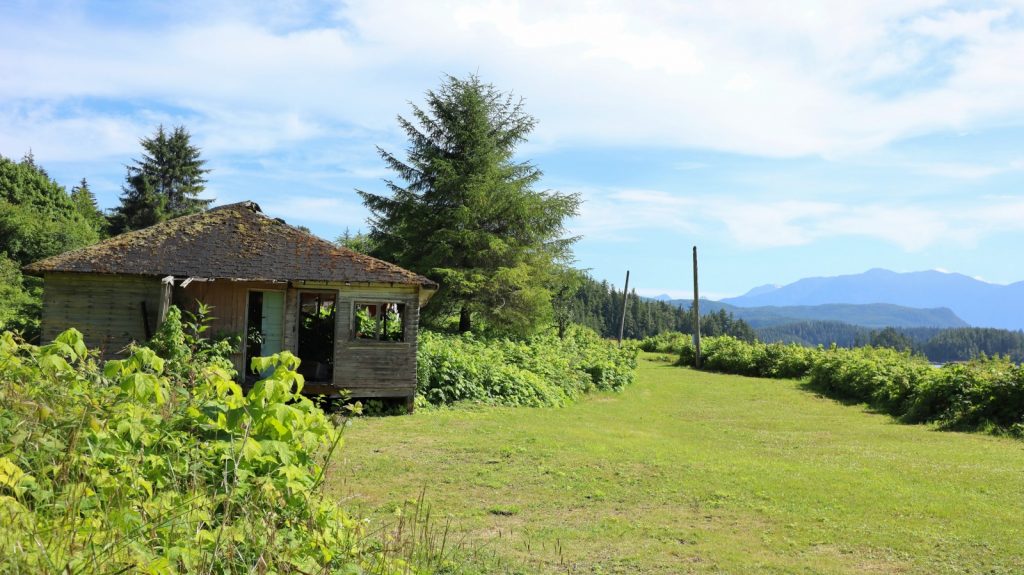 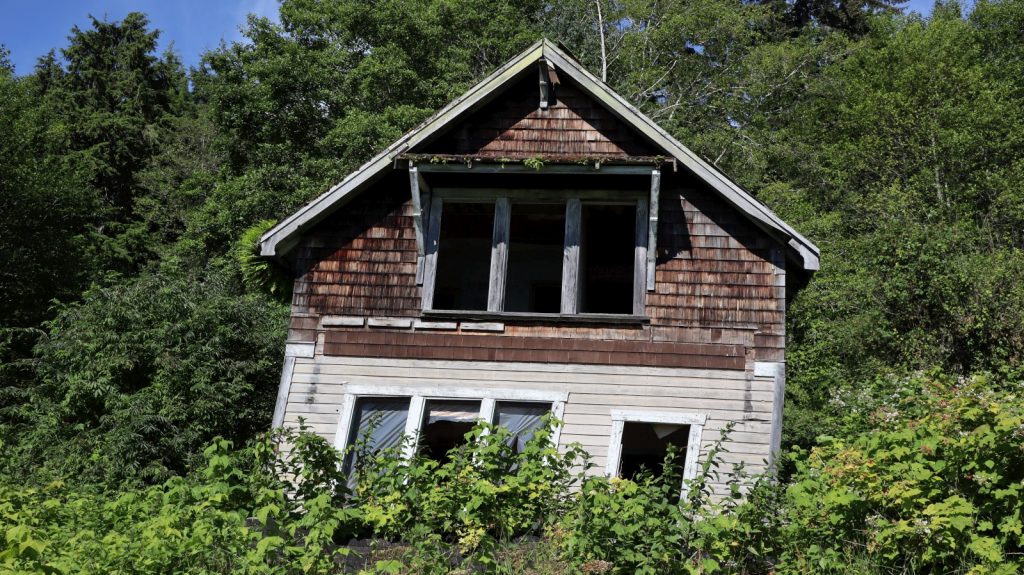 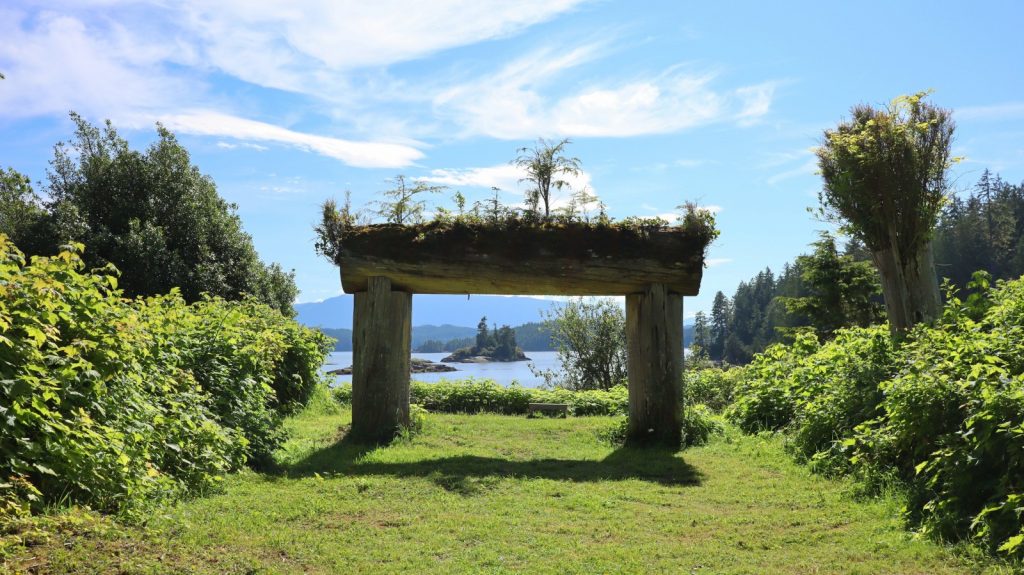 Village visited, we motored back towards civilization one more time. An overnight in a bay in which we (read; I) anchored us uncomfortably close to a local crab-pot buoy. Clearly abandoned by its owner, it did have a slight chance of getting tangled up in our anchor chain but did not in the end. It was the topic of the night however.

We returned back to Port McNeil to grab a package from the post office that took waaaaay longer then expected to arrive, and left as quickly as we could – the following morning. This would be the start of the long haul down Johnstone Strait; multiple long days of almost guaranteed motoring the entire way. So, after some early morning fog and four hours of motoring, the wind began to fill in from behind. In fact, soon we had our spinnaker up and we were sailing! Now sure, we only sailed for just over two hours but it seriously helped make the 7+ hour day much more enjoyable. Somehow we failed to get a photo to prove it either. 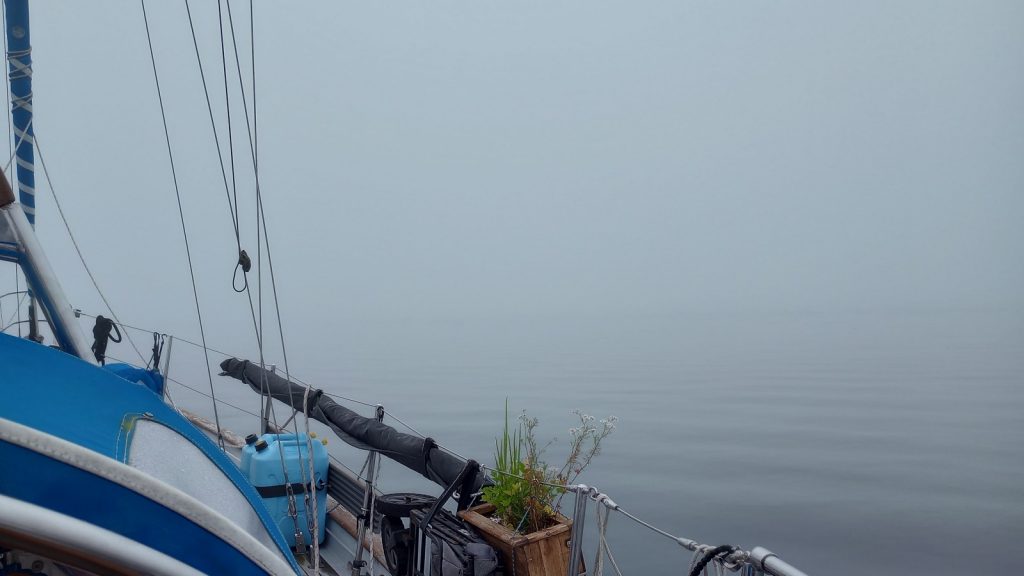 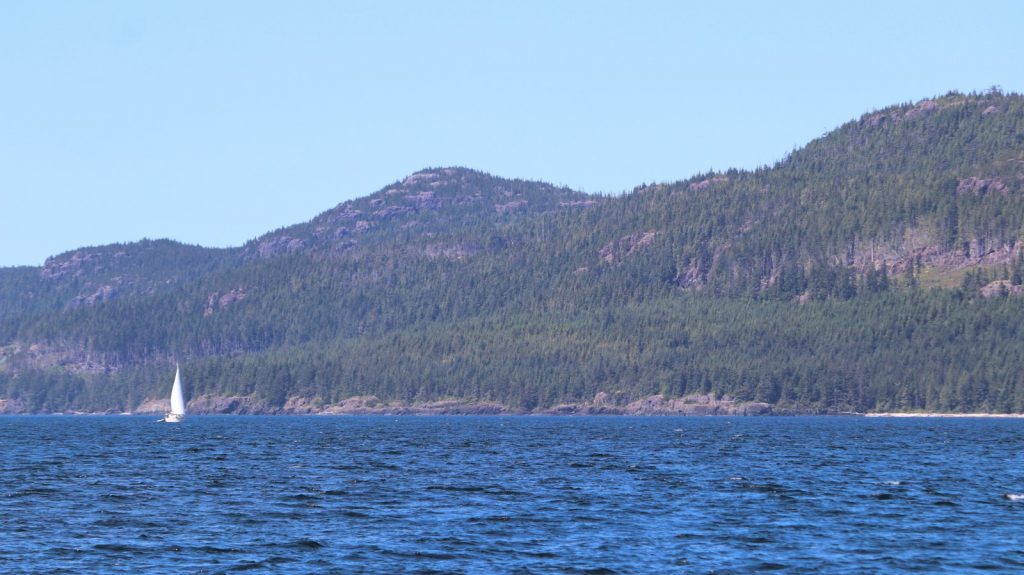 As the afternoon progressed, so did the wind increase. Our spinnaker was replaced with the jib at just the right time as the wind had picked up. If we had waited in a few minutes more, life would have gotten quite difficult. Not long after we had decided to call it a day and take the nearest anchorage at Port Harvey. When we went to furl in the headsail, nothing happened. The sail did not furl in. In-transit-emergencies are the best! Especially in heavier winds. It turned out that four of the four screws that held the furler drum to the furler itself had all fallen out, allowing it to spin but not the mechanism to wind up the sail. So there I was, out on the bow, with tiny screws in hand (you are damn right I had spares) and reinstalling them the so the sail can be wound in and we could avoid smashing into the rocky shore ahead.

Crisis averted, we pulled into Port Harvey and laid our anchor down to spend the night in some quiet. Our neighbor-boat did offer some advice on our next day’s route, which after a light discussion we decided to take the longer, mor scenic route, because we had already traveled Johnstone Strait once before… why do it again? Now we would go up into the surrounding islands, through multiple rapids, and take the back way around Johnstone Strait all together. No sailing would be expected, but a new adventure it would be. 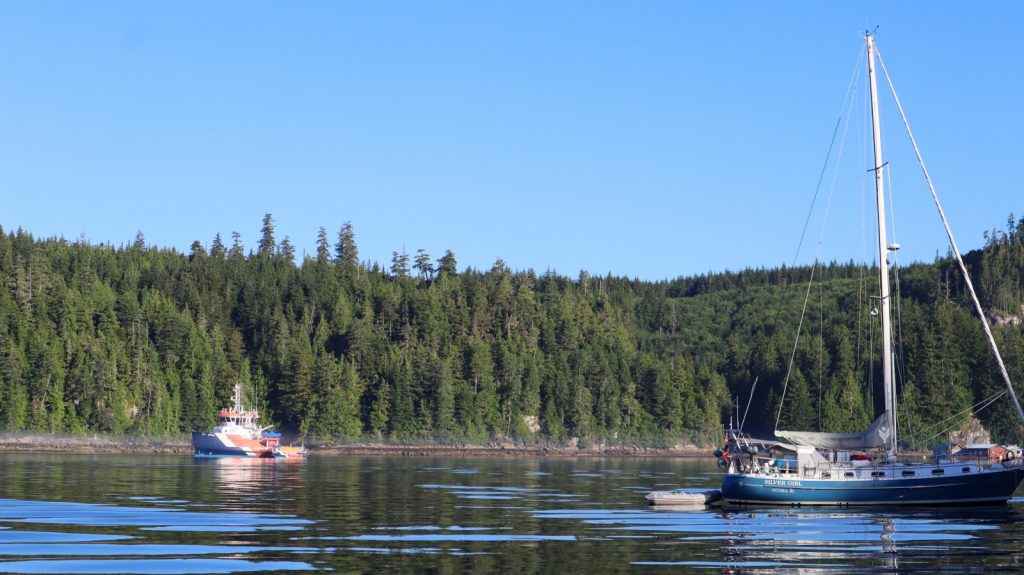 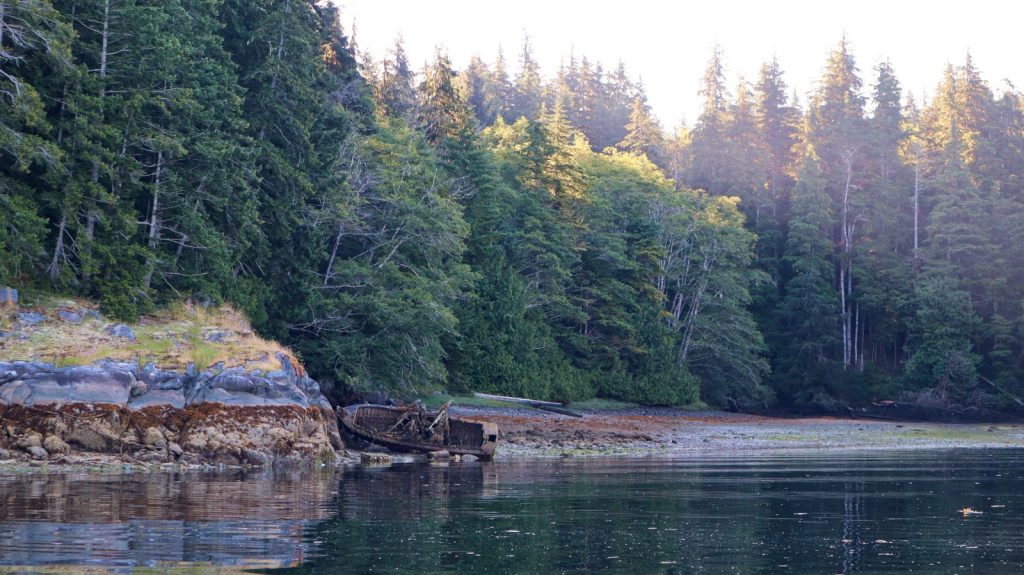