After three nights, we chose to leave our secluded anchorage in Fords Terror. It was nice to sit still for a few days, but we were ready to move on to new adventures. Our route was a mirror-copy of our sail coming in a few days back. First, we had to get to the rapids at a specific time, but this time there is no place to anchor just outside and wait. Though we took our time getting there, we still arrived a half hour or more before high-slack. It was clearly visible that we were not going to skip through the rapids just yet, with large chunks of ice shooting through at an alarming speed. The boat-version of pulling over on the side of a road is to put the gearbox in neutral and drift. As long as there is no wind, you move slowly with the current of the water. Except this is a tight fjord, so instead kept the motor running and impatiently “paced” Meriwether back and forth in the same few hundred yards.

With time in hand, and a bunch of small bergs surrounding us, Kerri got the bright idea to drop the dinghy into the water and go chip off a chunk of glacier ice for our evening cocktails. It is a careful balance approaching an iceberg in a small boat. Not only is the common knowledge of ‘you only see a small portion of the berg’ still true, but they like to roll on you… literally on you, when in a tiny little boat. So while I stayed on Meriwether – motor running, ready to come to the rescue, Kerri approached and snatched a chunk that was suitable for drinks. Much of it is still in our chest freezer as I write,10 days later. 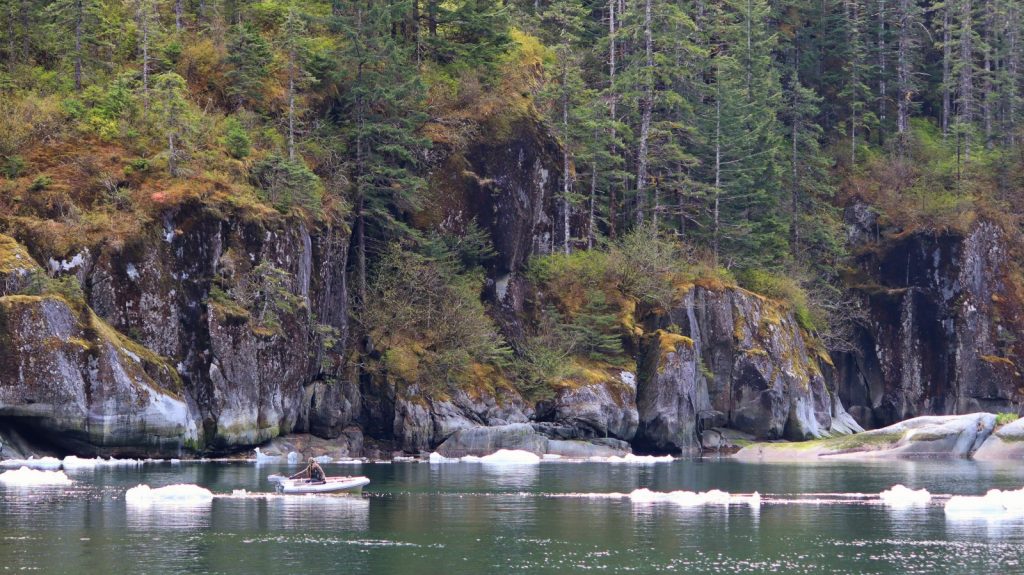 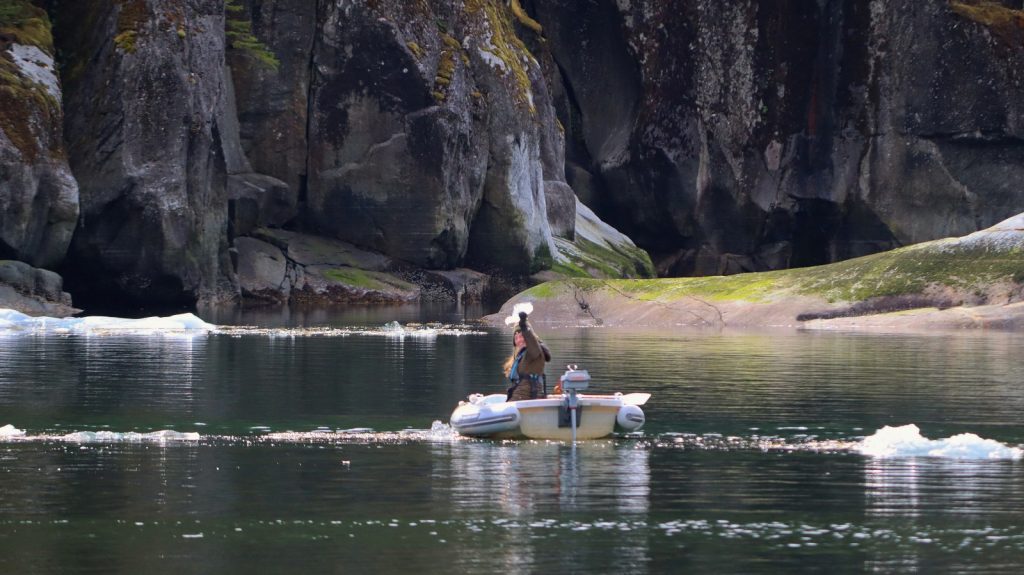 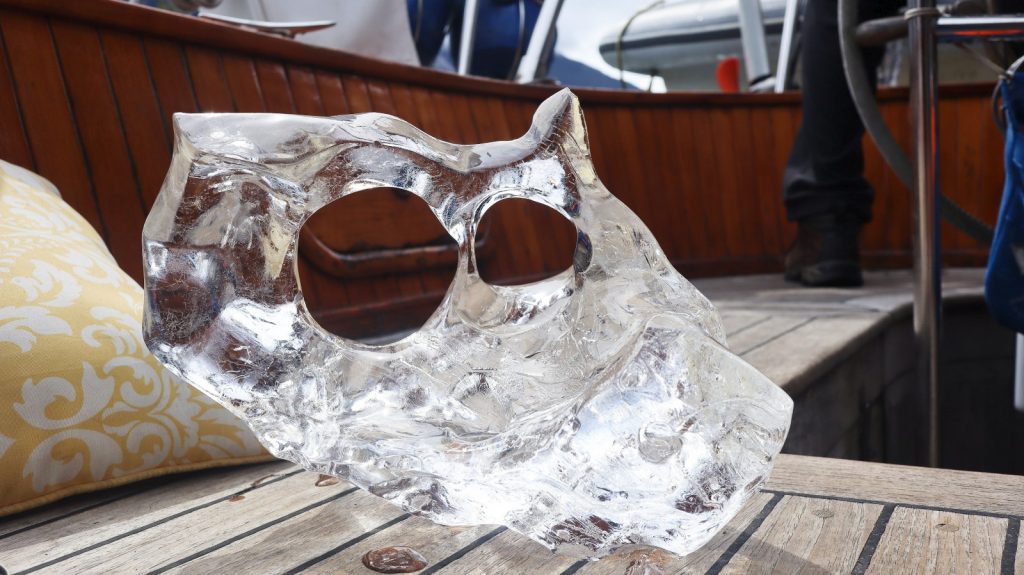 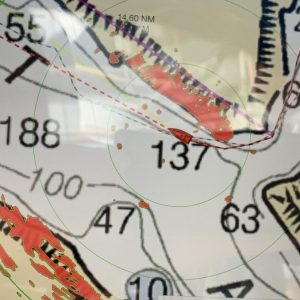 Our boat graphic is heavily magnified. Each blob signifies only the front face of each berg. Radar can not see the whole object, only the reflecting surface

Time properly killed, we made our way through the “Terror” and into Endecott Arm once again. It was immediately clear that this was a very different Endecott Arm from a few days ago. Even if we had the wind in our favor – which we did not – we could not sail this day. There were simply too many icebergs, and much larger ones, to safely transit under sail.

Even while motoring it was a slalom course for the first half of our day. We had just had a discussion a few nights prior about whether or not our radar would pick up icebergs, so we put it to the test. Whodathunkit? Bergs of any significant size did appear as orange blobs all around us, many larger than our boat.

The number of bergs would slowly dissipate as we go closer to the entrance of the Arm, where there is a risk of them blocking the only way in or out. All was fine in the end, with only a pair of bergs making it that far out before melting away. 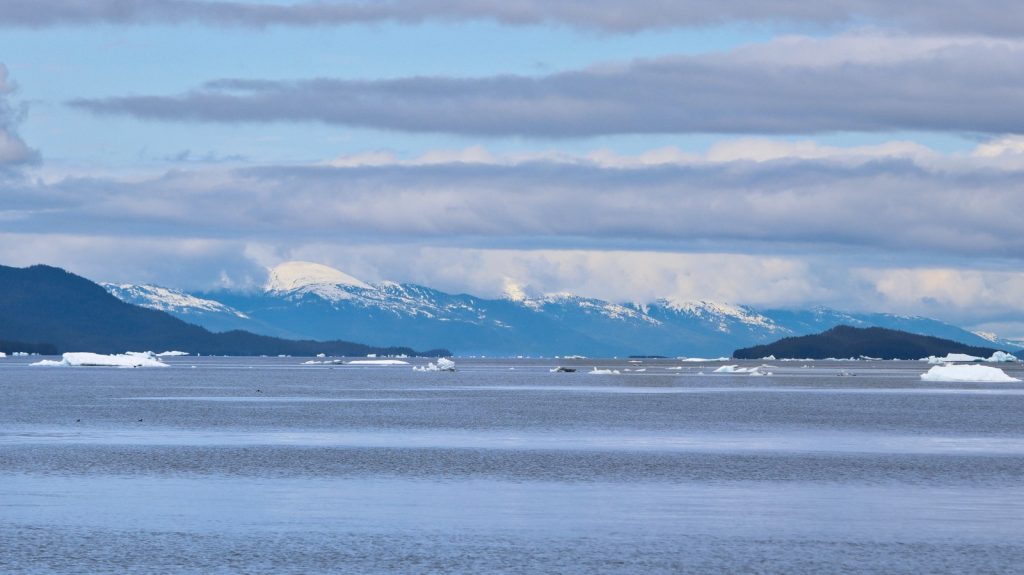 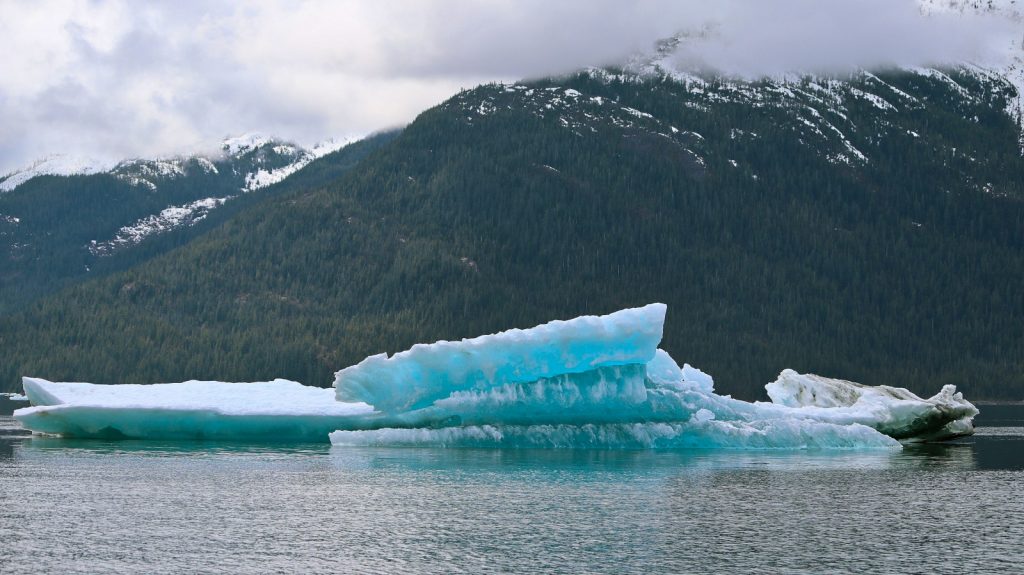 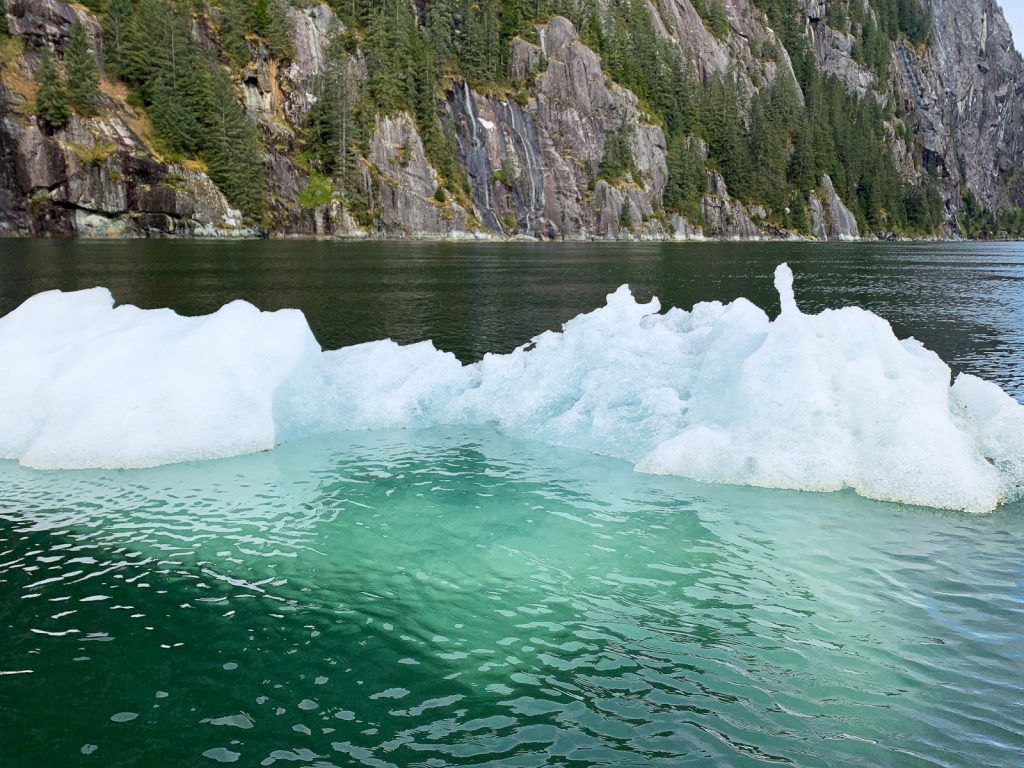 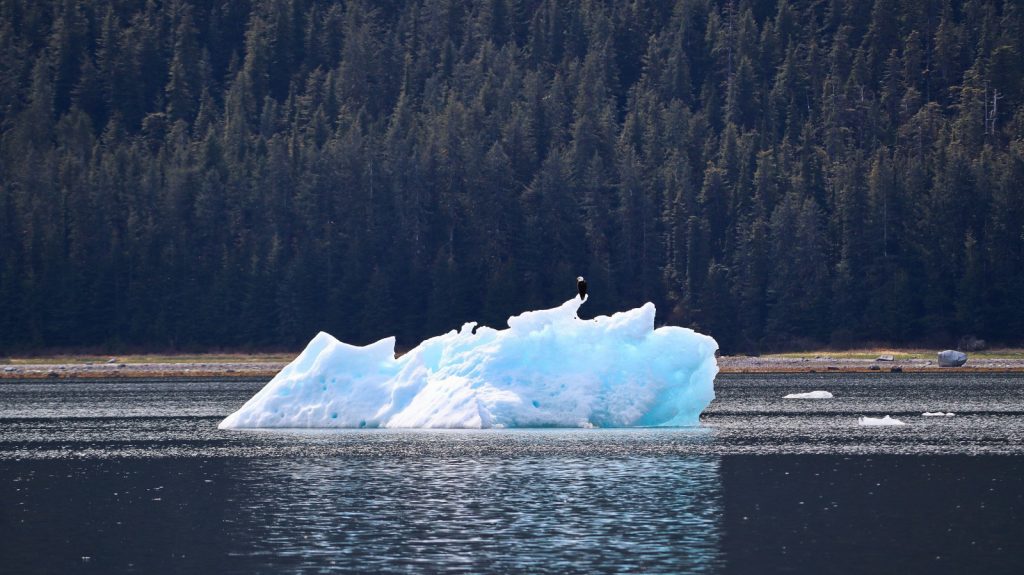 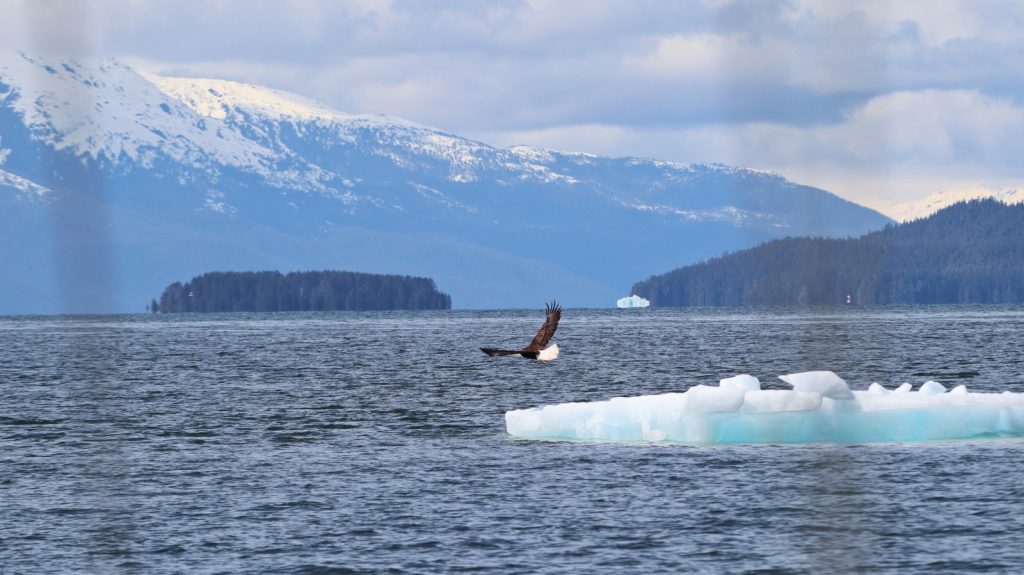 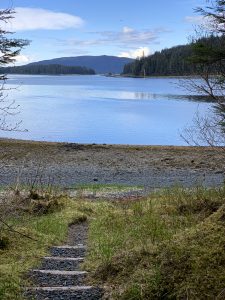 The view from the cabin – Meriwether in the distance

We would have to stay a night at the same anchorage we left a few days prior; just inside Tracy Arm. It is a no-frills anchorage, and this time we were not alone. No worries though, it was just a one night layover as we left the following morning for a mostly uneventful 32 miles, 6 hours, of travel. We only got to sail for 30 minutes of the time, but we did get visited by a small pod of dolphins who played with Meriwether for a few minutes.

As the day came to a close, we were pulling in to Snug Harbor on Admiralty Island. In the bay adjacent to Snug is a forest service cabin, and we thought we may go ahead and stay in it for the night. After anchoring and taking the little boat over, we decided to save the energy and time it would take and just get a good night’s sleep in preparation of tomorrows long sail to Kake, where we planned to resupply to continue our last month of Alaskan adventures.