Tall peaks overlook the small, well protected, safe haven in Stephen’s Passage that is Taku Harbor. It is also a nicely placed, and commonly used as such, staging point to visit the world renown Tracy and Endecott Arms – and their glaciers – just a few more hours to the south. Inside the protection of the harbor are a few docks/floats to moor, a short trail, some ruins, and a forest service cabin – all the telling of a nice little adventure.

The mountains surround the bay hardly noticed our arrival on Thursday evening. Kerri helmed the boat onto the end of the dock where we tied up, stretched our legs on the dock, and promptly sat back into Meriwether’s cockpit to enjoy a meal and a happy hour together. There was no rush to do much else, and the solitude – barely 20 miles from Juneau – encouraged us to do nothing of note upon our arrival. 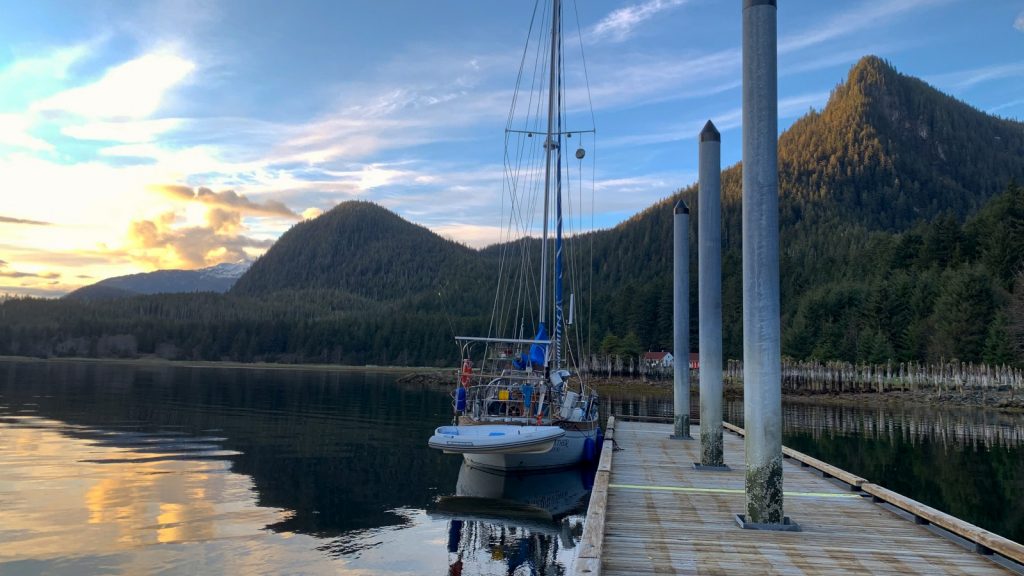 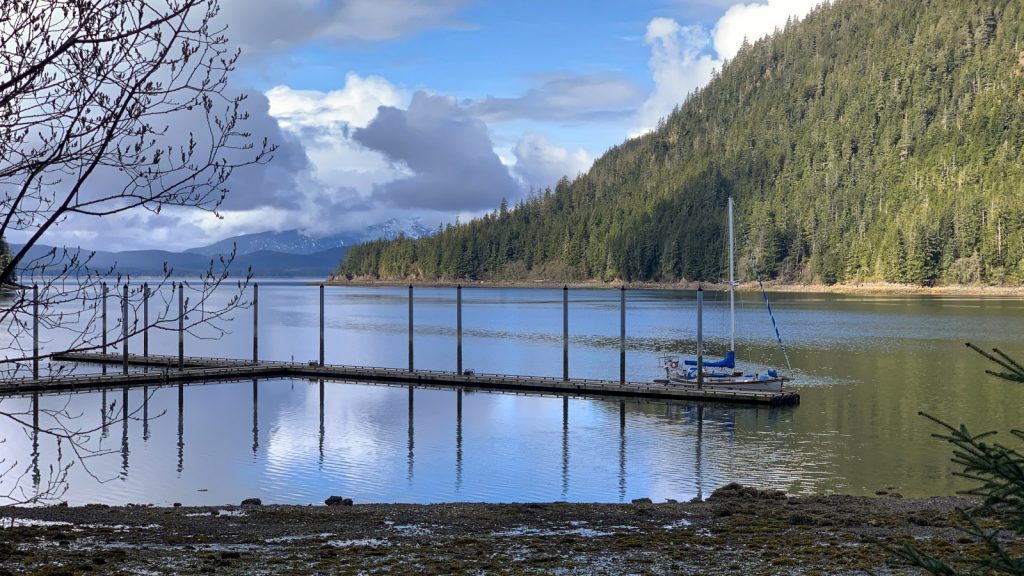 We did get our feet under us the following morning and set out to explore the bullet-points littering the shoreline. Beside the modern – if that can really be said – forest service cabin, a few old and mostly decomposed cabins sprinkle the path to the ruins of the old cannery dating well back into the 1800’s. The ruins themselves compose nothing more than dozens of pilings, each with its own sapling to raise, stuck firmly into the rocky terrain which once held the massive structure. More failing cabins and storage sheds can be found within the dense forest – once felled to build town but now has reclaimed the space of 500 residents. It was an eerie yet beautiful place. 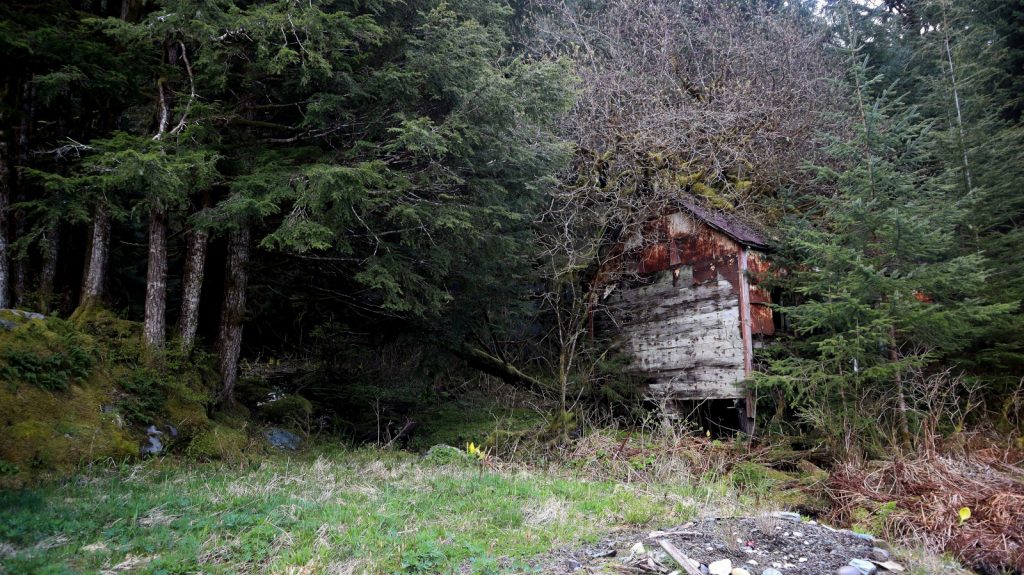 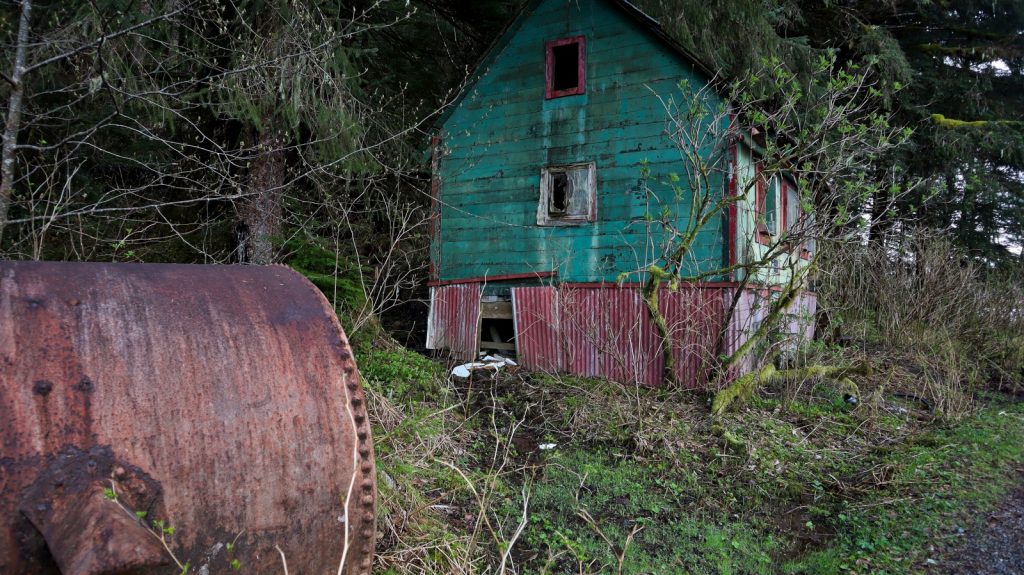 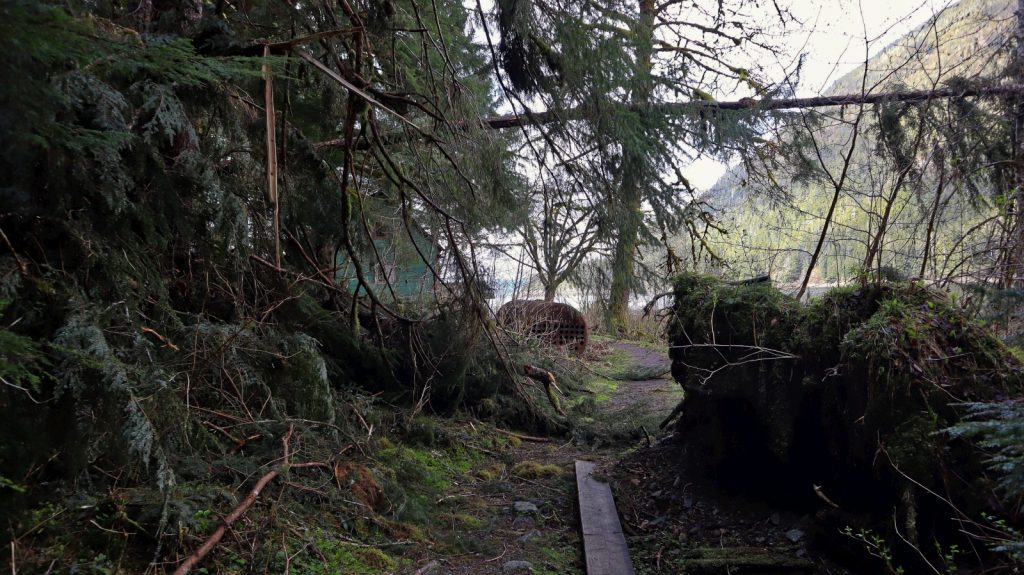 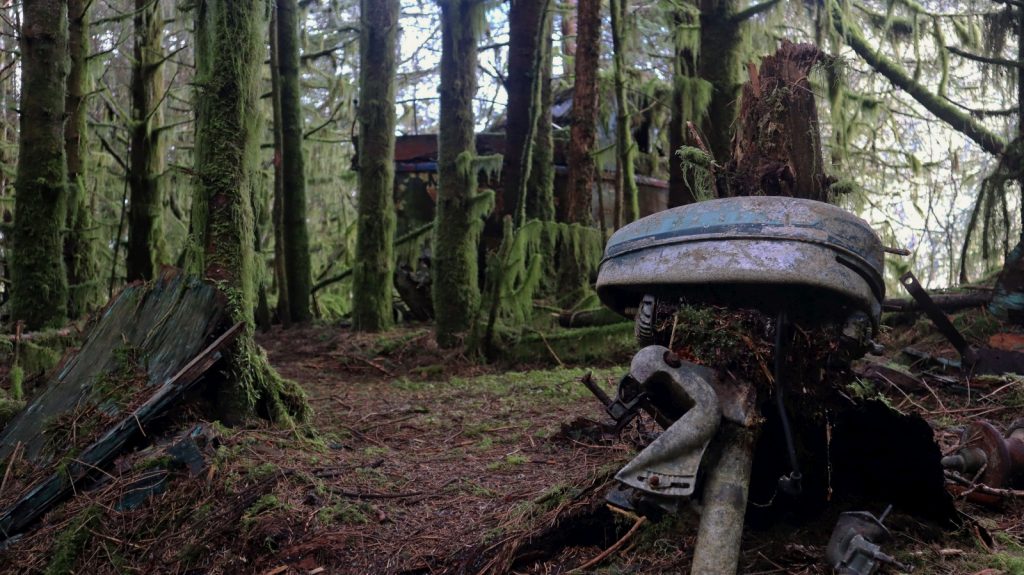 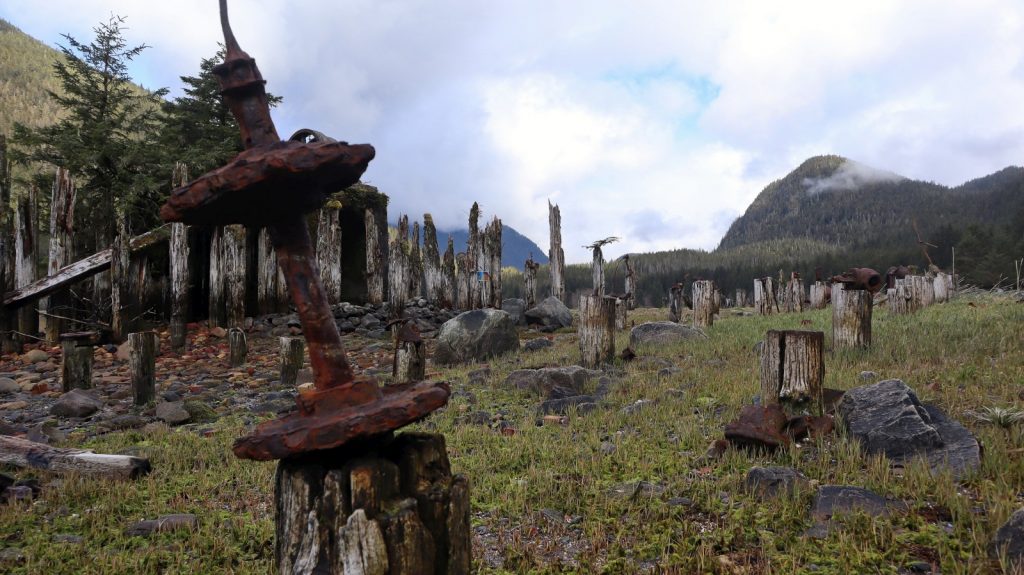 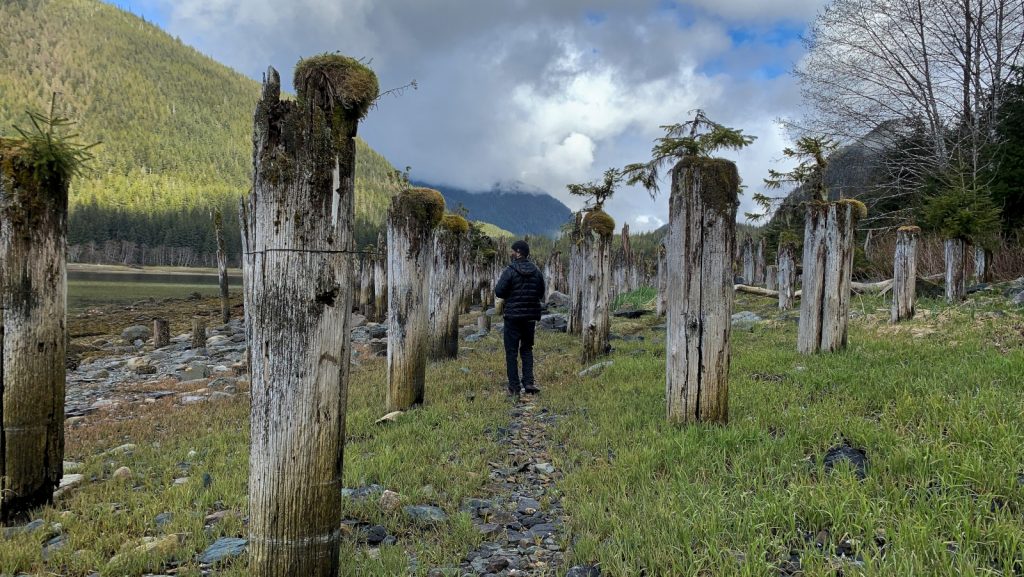 Even though less than a week has passed since we left Juneau, we have already compiled a long list of boat-related issues to resolve. Most importantly is that our alternator charging system was not charging the house battery bank. The next few hours would be the third time re-wiring the whole system since March. It is the way of boat-life; thinking you did the job correctly until you go to use it in anger and find, once again, something is not working properly. If it were possible to complete a task in one shot… well, it just is not. In the end, it turned out to be my own fault – once again – but I still blame the ikea-style installation manual with just two diagrams of the lowest possible detail imaginable which offered only slightly more than no-help-at-all. Although we had a full list of to-do’s, only the one was accomplished this day thanks to how long it took to resolve. The rest would have to wait for another day.

Two nights would pass with Meriwether tied to the dock. Four or five additional boats would arrive for the second night – a Friday – but all would gather at the other end of the dock, leaving the only sailboat and her crew alone. By Saturday morning all but one would be gone, ourselves included. South towards complete and total isolation for a few days. 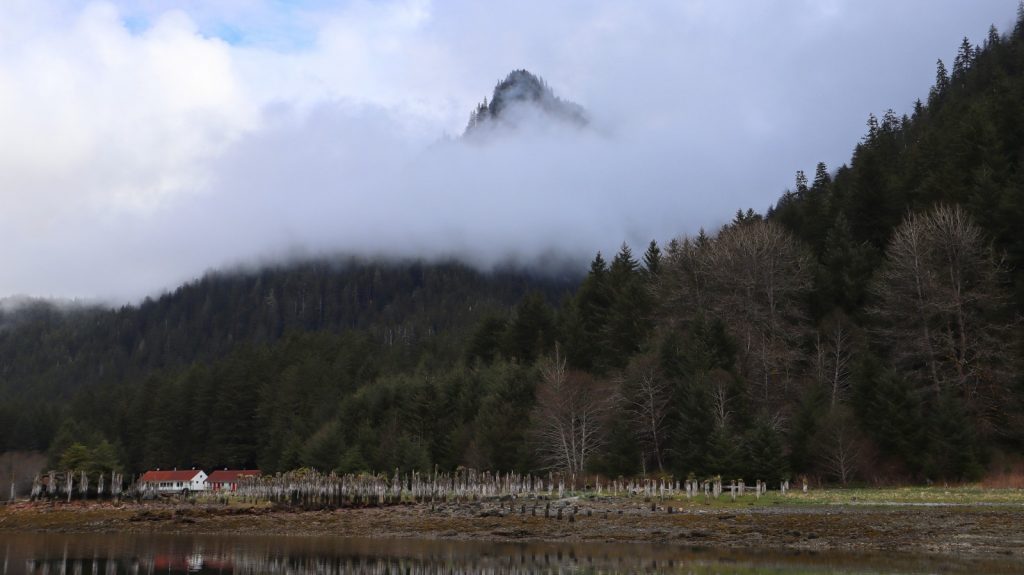 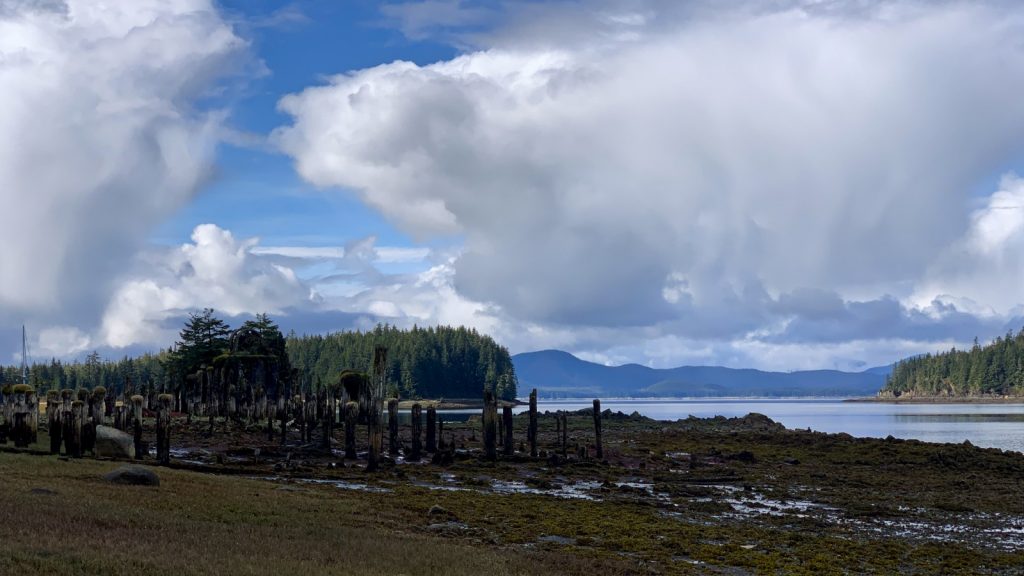 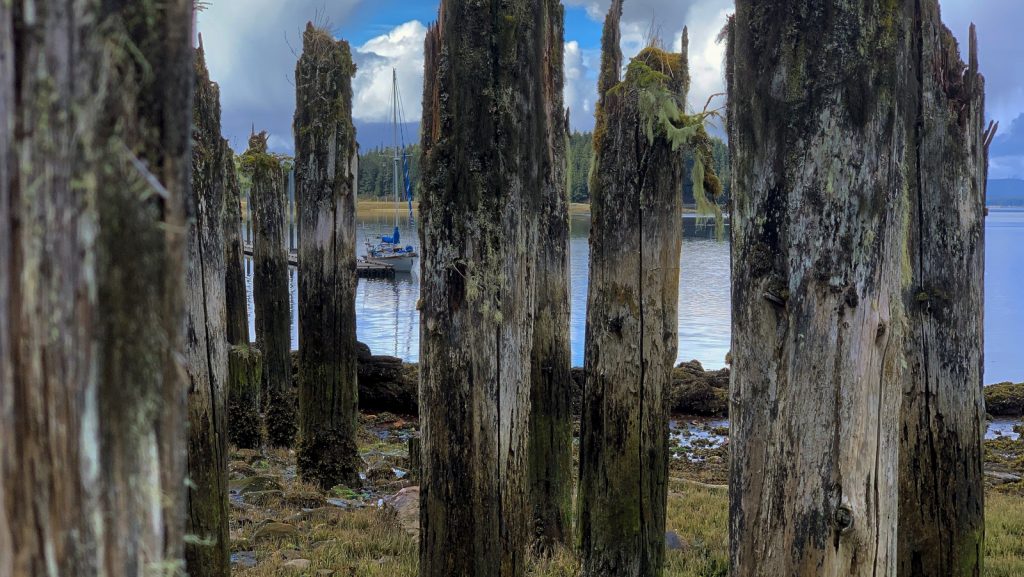