A few days in Admiralty Cove

Our time at Admiralty Cove was spent hunkered down on the boat for a three day wind event. We chose to stay where we had previously anchored – here – as it was going to offer us the best protection within a day’s sail. Best was relative of course, as we took the full brunt of the wind – hitting us at nearly 40 knots at it’s worst. The protection part of the equation was simply that the bay was small enough to not allow the water to really build up any serious waves. The wind is handled easy enough – we have been through it before – but, the wind plus 6 foot waves is trouble. In the end we survived just fine with the loss of a night’s sleep, and one bridle line and an old spinnaker halyard to chafe. 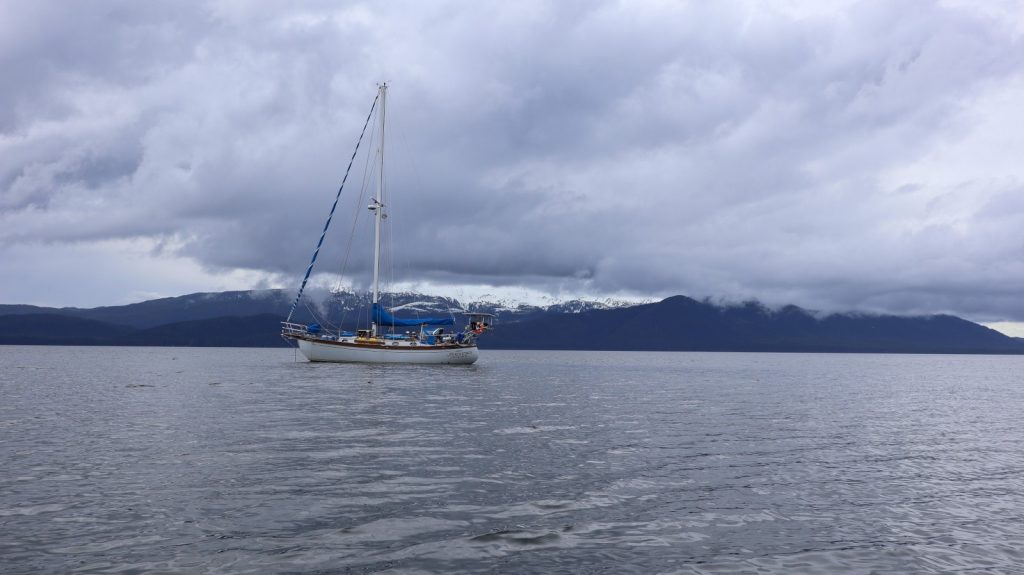 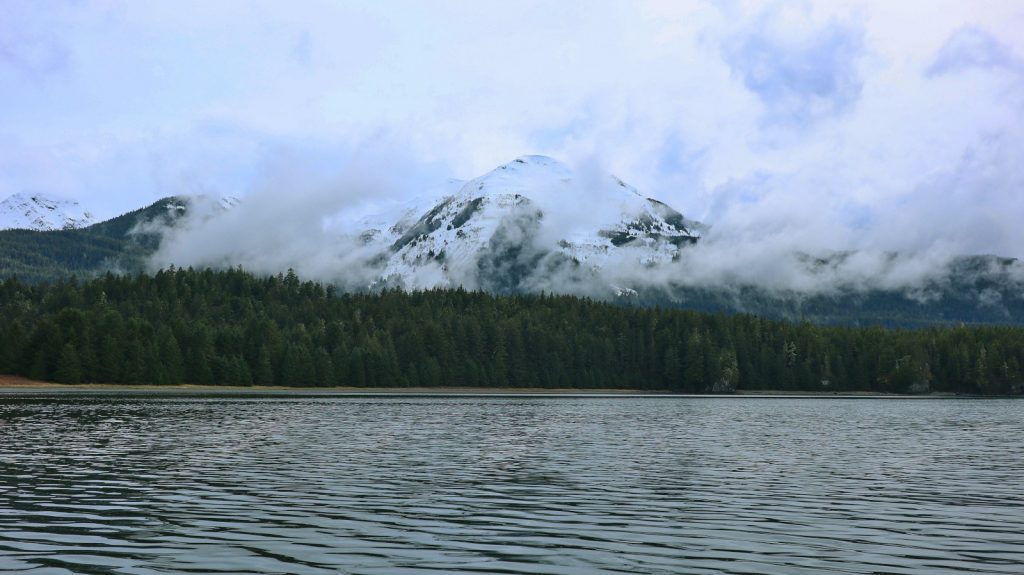 We did get out and about the few hours before the wind set in on us. This is Admiralty Island National Monument by the way, and we couldn’t check off this box (my 115th, Kerri’s 131st park visited) without at least setting foot on land, so we set out to the trailhead via our dinghy. Once there we hiked out a couple miles, explored a forest service cabin on a river, and hiked back to put the dinghy back into the water, load up, and get back to Meriwether just before the wind started howling. Just in time also to remember that I left my phone back on the beach… on a rising tide, and the rain was coming along with the wind. No way was I headed back across the bay to fetch a 5 year old phone in a tiny dinghy. It isn’t the first belonging sacrificed to the ocean, and won’t be the last. 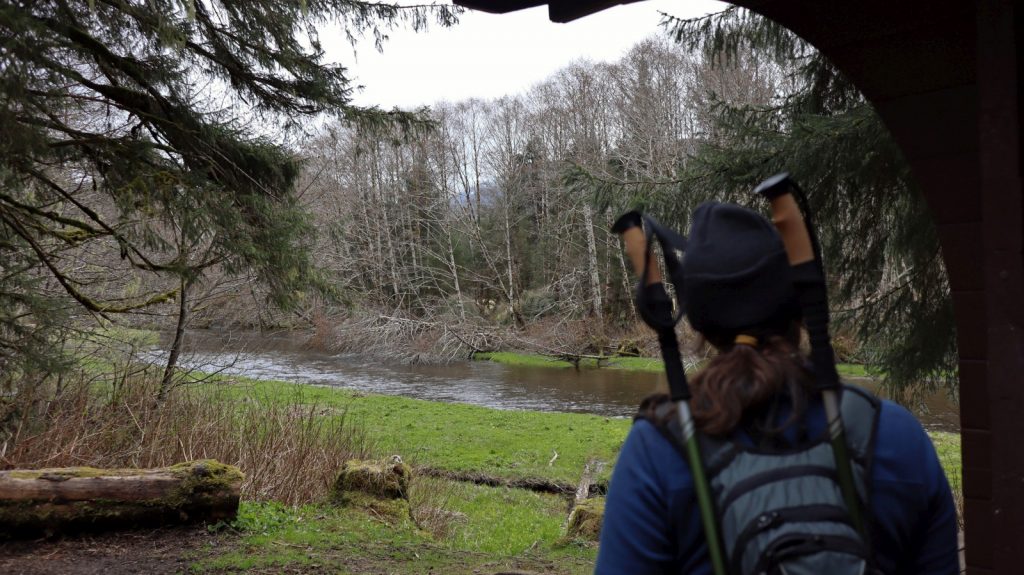 Three days later when the wind calmed we raised anchor and bid farewell to Admiralty Cove – starting south down Stephens Passage, with expectations of motoring the 20 plus miles. Instead, and very surprisingly, there was some wind. Sure, it was in our face, but we hauled up our sails and slowly worked our way to the day’s destination. As Alaska would have it though, within a few hours the weather would force the motor on and the rest of the day was spent motoring. We sailed some though, and for that I am happy… I will take what I can get right now. 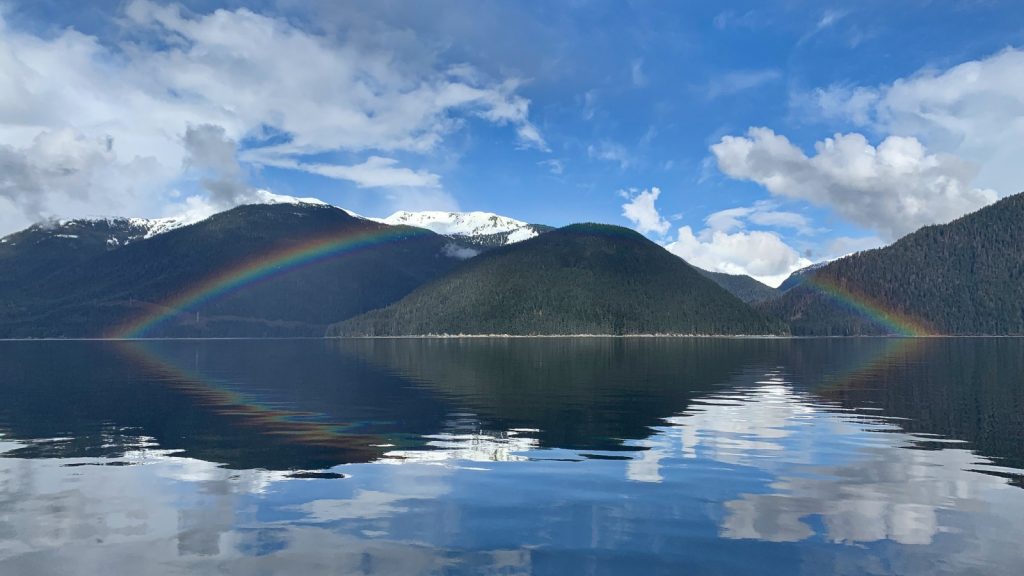 After seven hours of total travel we pulled into Taku Harbor where we took up station on the completely empty dock and settled in for our first restful night in a few days. No wind, no waves, just the security of a small bay surrounded by high peaks. The exploration would wait until tomorrow.