Seeing a bit of Ketchikan

Poor Meriwether has not moved since arriving in Ketchikan. We finally found the cause to an engine issue that arose back in May and have ordered the replacement parts. Until those parts are replaced, we have chosen to stay put. This season up here in Alaska will involve a lot of motoring, so tip-top shape it must be in. Wish me luck as the work begins on Wednesday. If all goes well (ha!) it will only take a few hours and our motor will be ready for the Alaskan challenge. 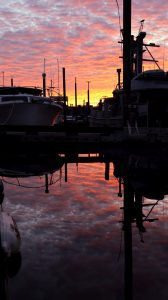 With Kerri working I got to transforming the boat from passage mode to living mode again, which mostly consisted of more laundry then I thought possible. After nine days “at sea” everything we had touched now stunk of old gristly sailors (Kerri lovingly referred to the smell as “diesel and stank”). We had even pulled out our backpacking sleeping bags to use during the trip, which already had a most offensive smell (on mine) from years past – and now both desperately needed a good cleansing. The salty moisture of the passage permeated anything fabric and it all needed to be cleaned. Luckily, the sole laundromat in town – you can tell by how busy it was… and the price – was a simple dinghy ride away, and the two largest machines were thorough and quick. Barely an hour later I was on my way back with a dinghy laden with clean clothes, sheets, towels, sleeping bags, etc.

It wasn’t until the weekend that Kerri popped her head out of Meriwether to start doing a bit of sight seeing. Exploring Ketchikan was never really in our plan I must say, and that felt wrong. So, a side benefit of staying put waiting for parts was that we had a weekend to explore the area. A long walk to the old-town area allowed us to be tourists for an hour. We couldn’t do so any longer as nearly everything was closed, even on a Saturday afternoon. COVID’s impact is especially cruel to a tourist community like Ketchikan where the lack of cruise ships in port means there is no reason to open your business at all – all year. A side benefit was that we had the place to ourselves. 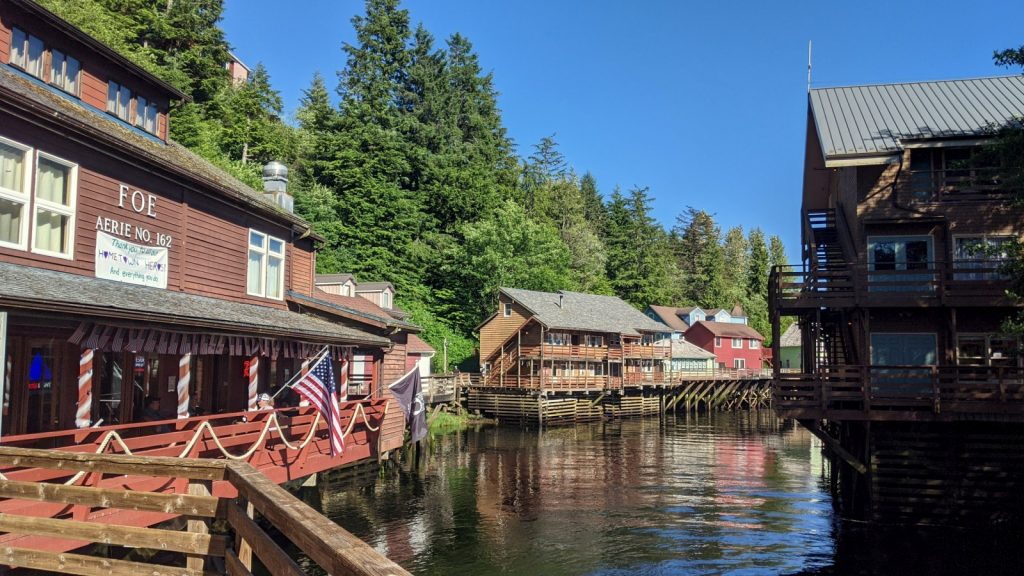 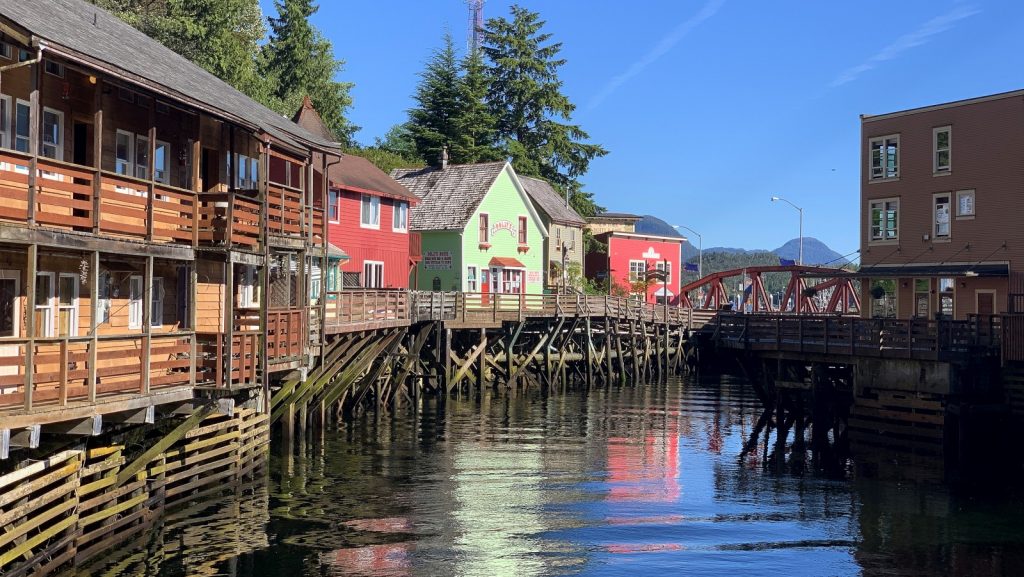 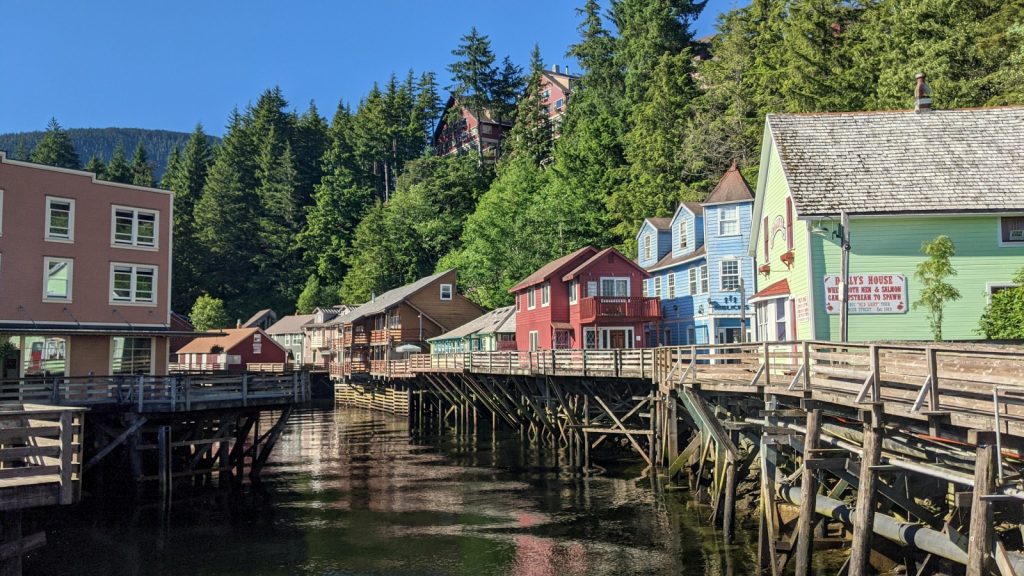 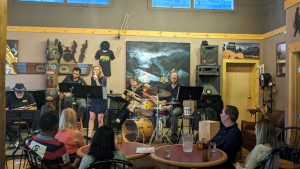 That evening Kerri found a place to listen to some live Jazz while enjoying a meal and cocktail – which we both left not long after the music began, uncertain why the musicians chose to play as the most boring people possible on stage. We chose instead to hit a local watering hole and to talk with the very-local bartender who is also a member of the Metlakatla Indian Community. She was a treat to talk with.

The following day we hopped onto public transportation to complete the eight mile journey to Totem Bight State Historical Park where we hiked around in awe of the totems and the recreation of a huge clan house. 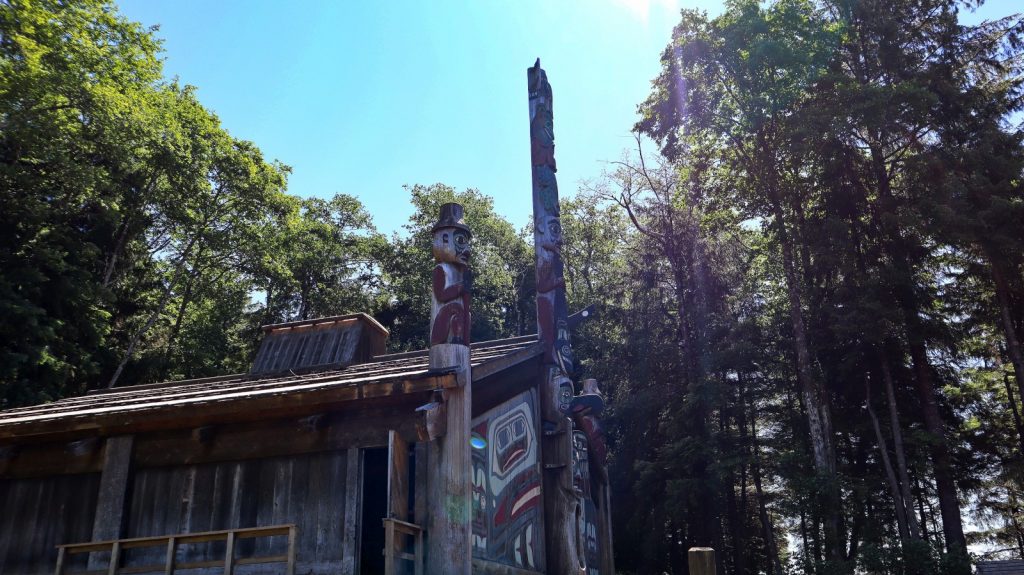 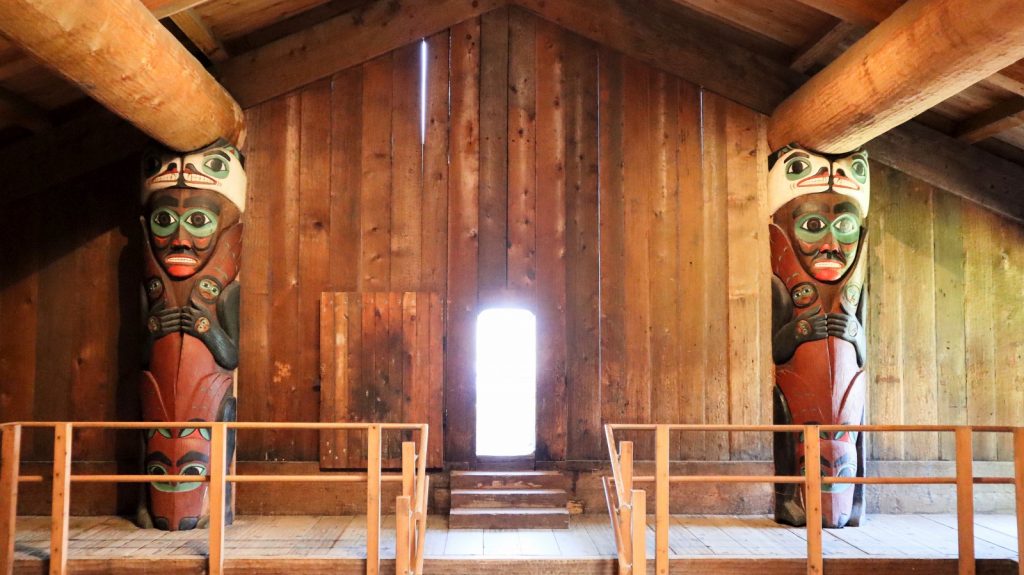 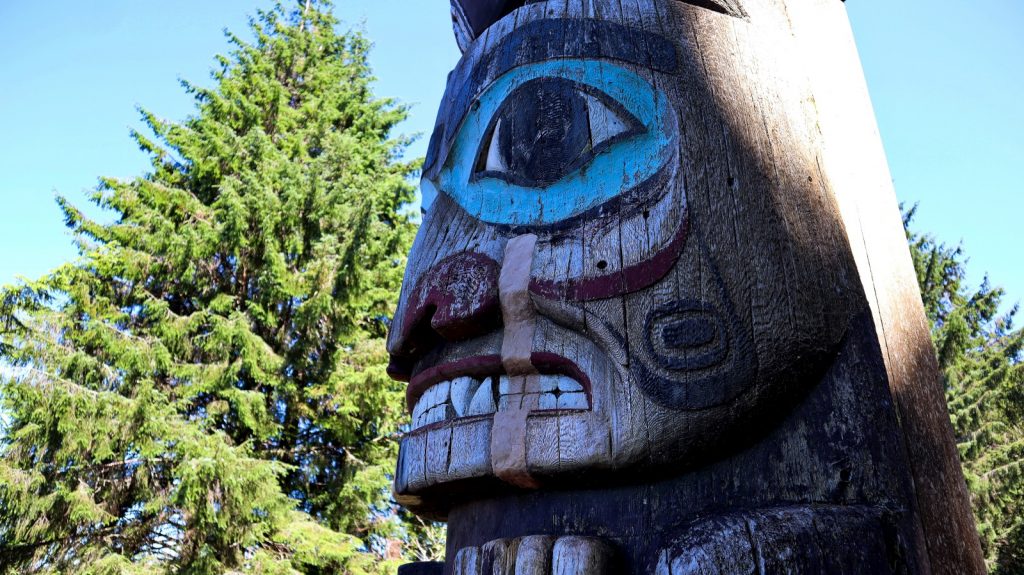 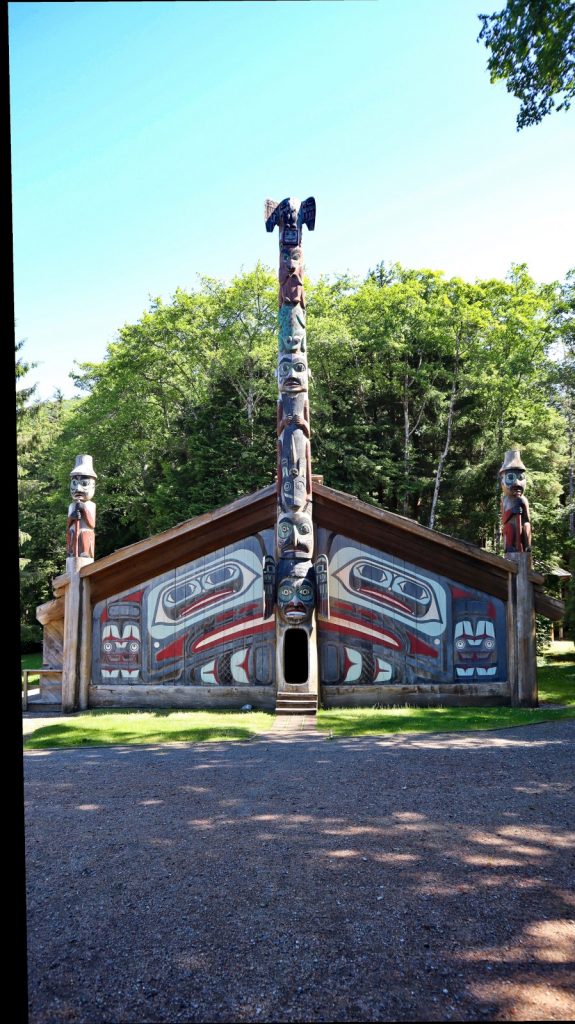 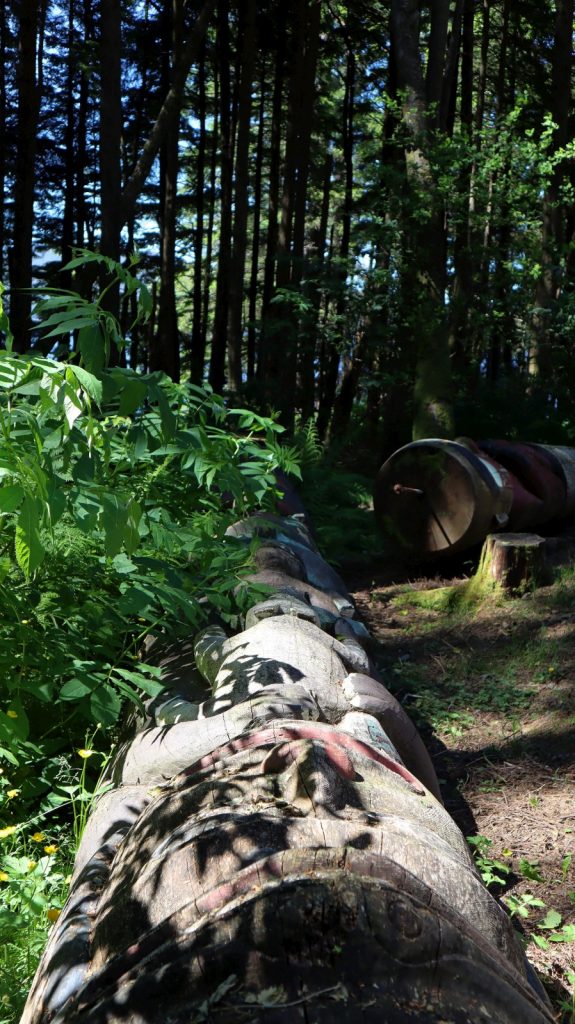 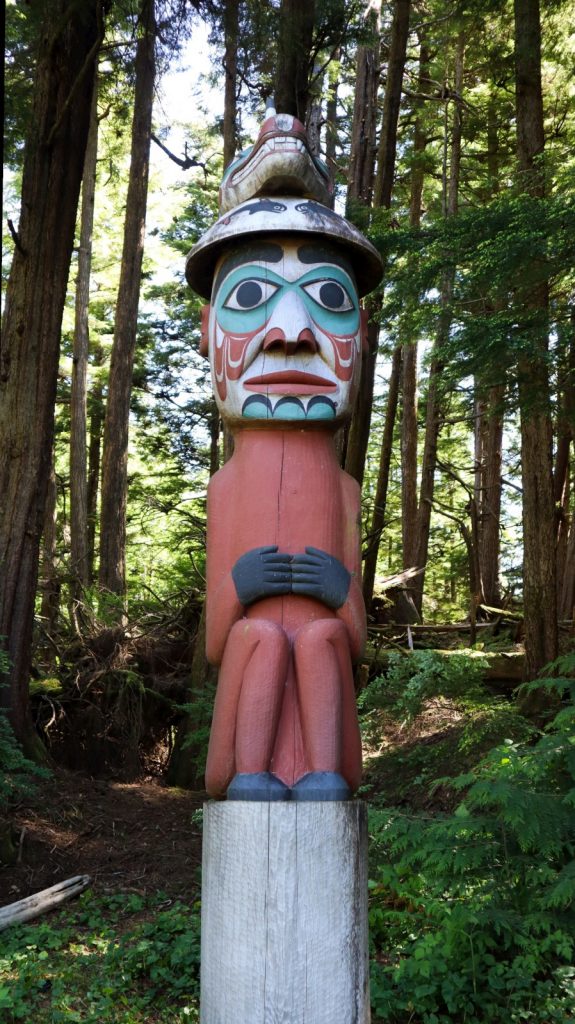 Kerri speaks (through her social media)

We hiked an excellent 10-mile* loop to Ward and Connell Lake, mostly in shade on this low-eighties day (hey, it’s hot for Ketchikan). It was nice to be surrounded by freshwater for a change. But the real icing on the cake was the Ketchikan Silver bus line. We had a great experiences with it and the drivers yesterday (when we went to Totem Bight). Today, our morning started off with the same driver (and he’s still great), by no fault of his, the wheelchair ramp failed to properly stow after a stop, which apparently prevents the entire bus from moving, and we were stalled for about 40 minutes while a mechanic came out and sort of fixed it. After that, the driver was instructed to continue on his northbound route, but after he started, he was then instructed to instead go South—with a bus-full of northbound passengers (well, three to be exact). So he turned around and dropped us back off at the previous stop, and we had to wait for a new bus there. When that bus picked us up, it barreled along at some ungodly speed (to make up for lost time, I guess), and sped right past our stop, then yelled at us for not “telling him” to stop, even though we had pulled the bell pull in plenty of time, and the sign was clearly flashing “passenger stop requested”. Apparently, this bus driver requires verbal confirmation before he’ll actually stop. So we got off and walked along the highway back to the road with our trailhead, and started the trail loop in a different way to what we’d planned. Which meant, when we were done with the hike, we walked another 3/4 miles up the narrow shoulder of the highway, uphill in the the full sun on pavement, to wait at the bus station for the ride back home. When the bus “arrived”, it sped right past us and never stopped. We ended up spending $35 on a cab ride home.
* 1 mile of the ten was walking highway shoulders due to the buses. 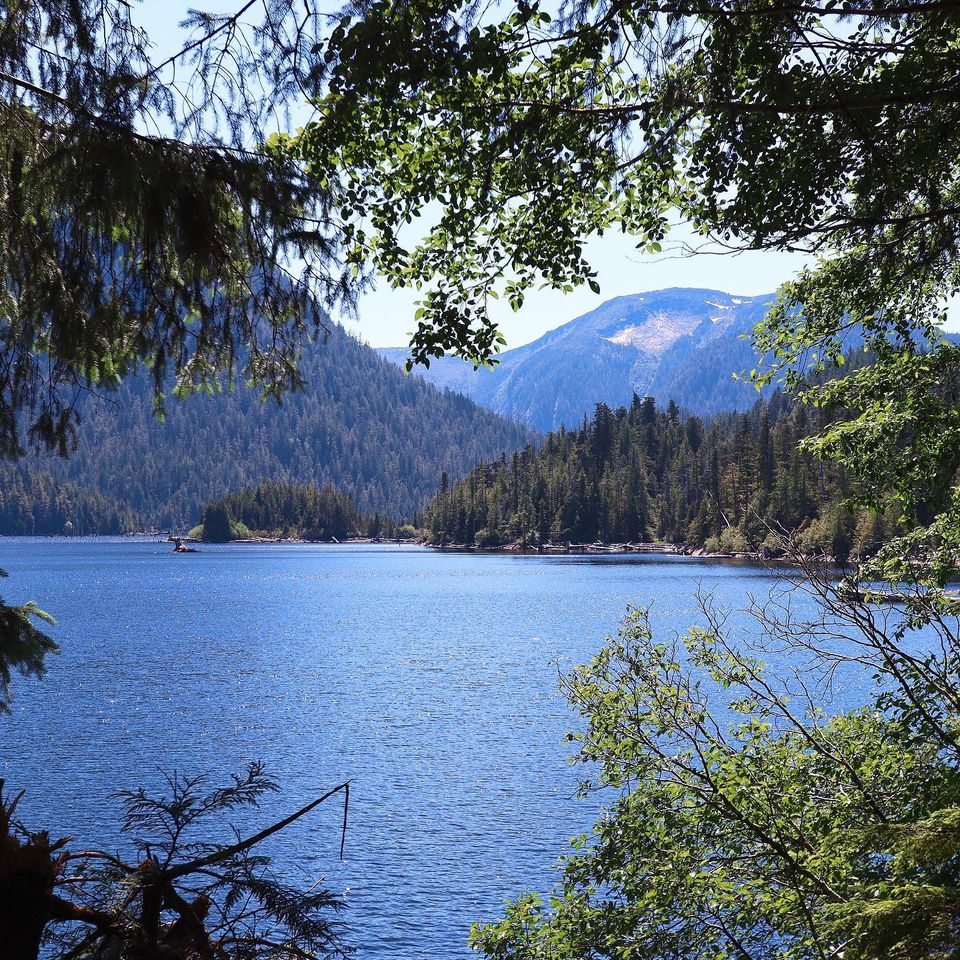 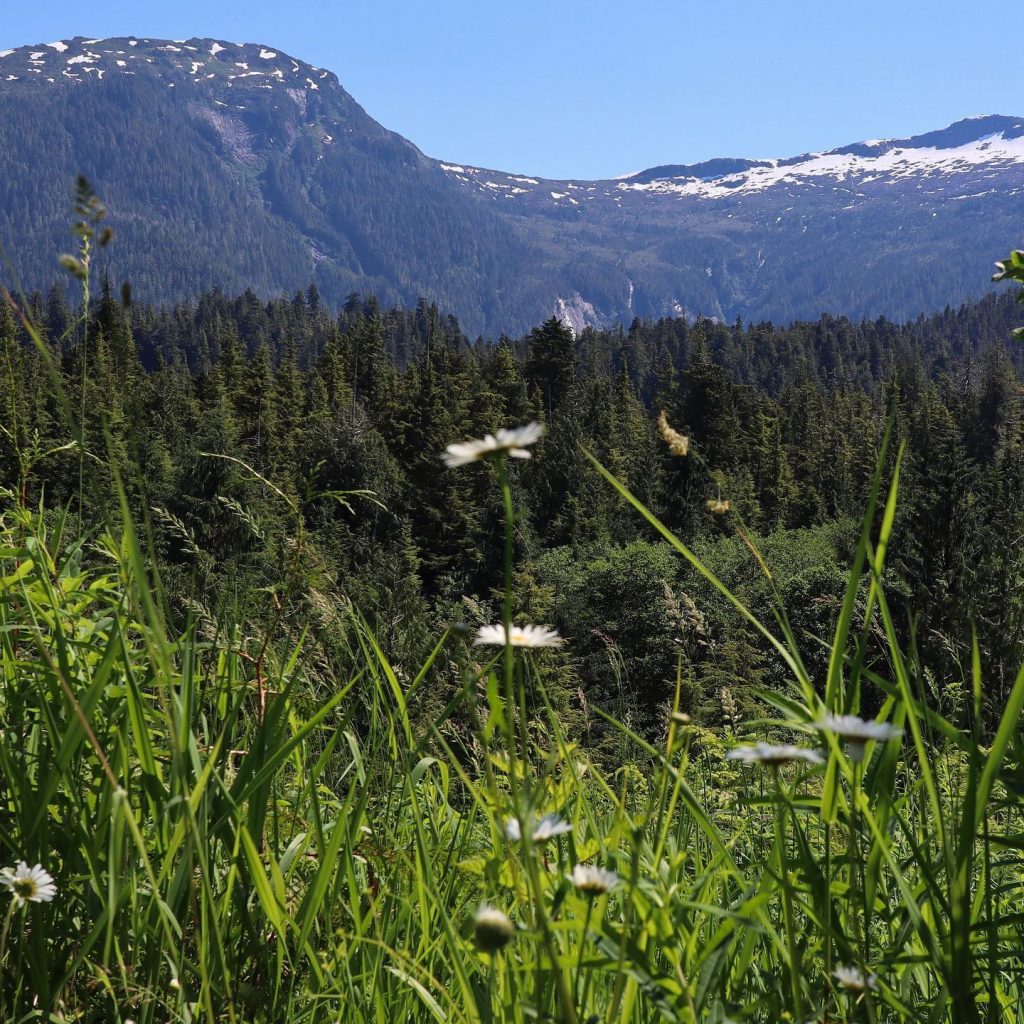 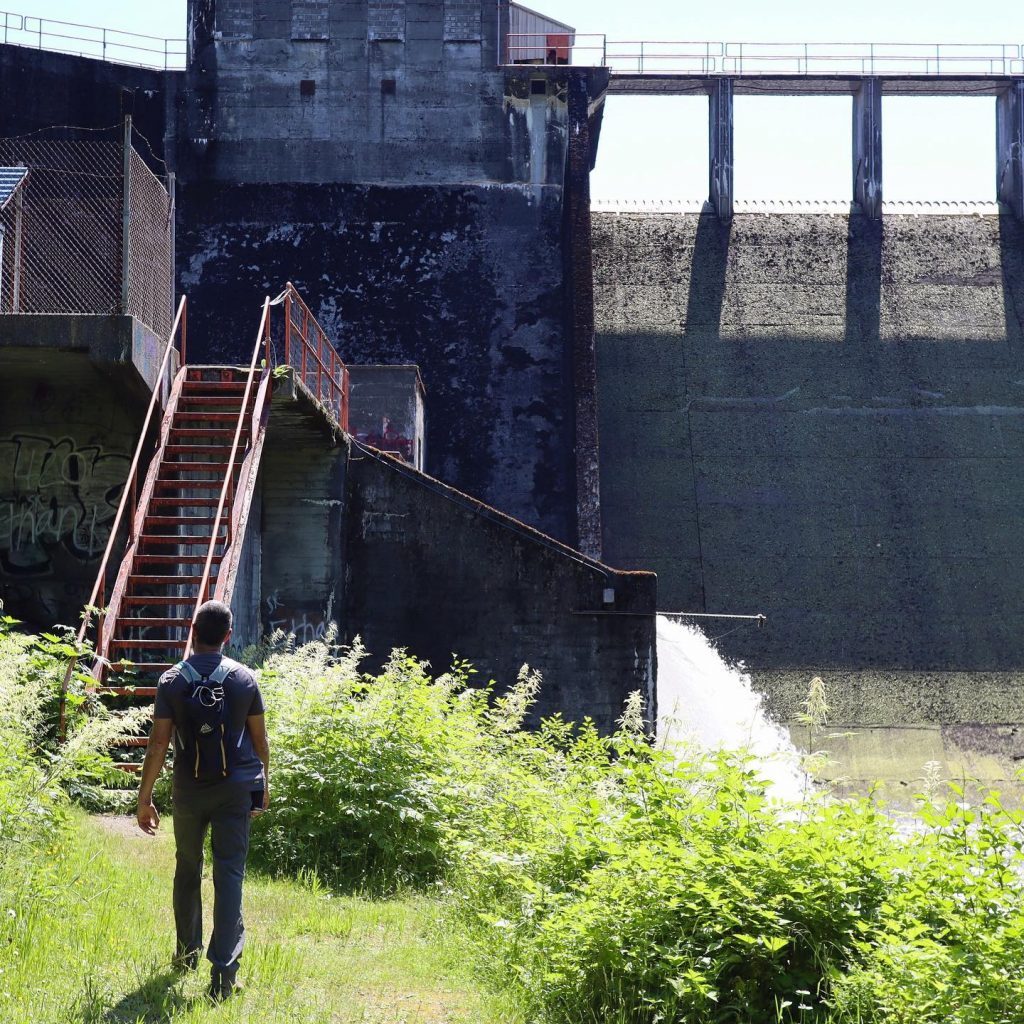 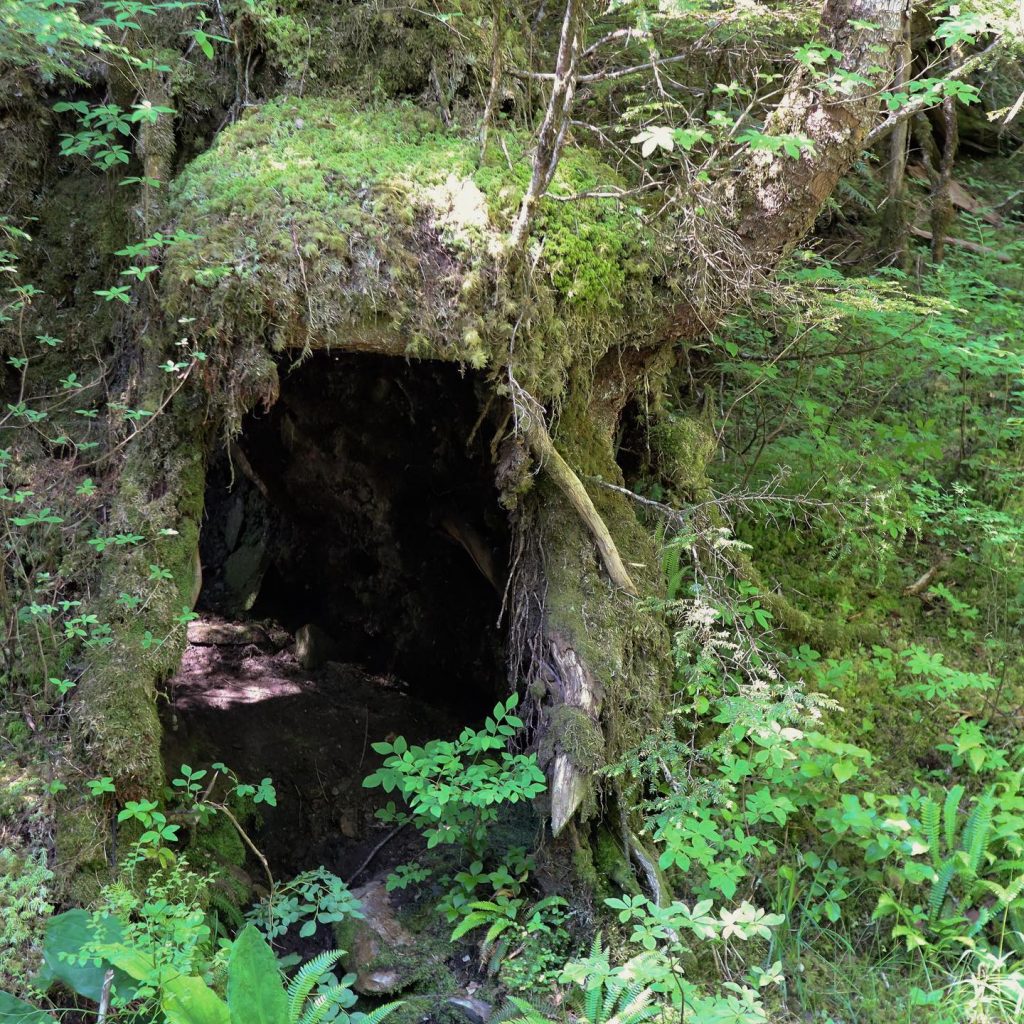 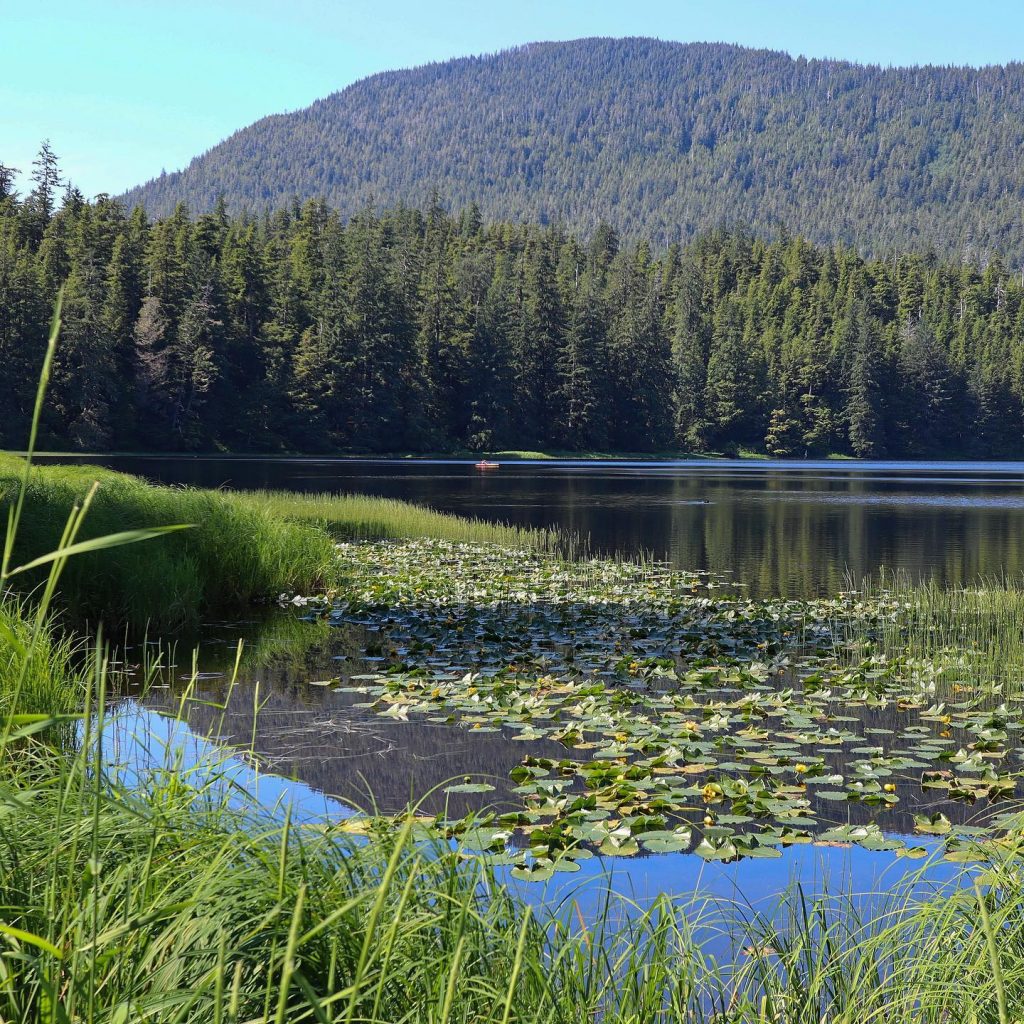 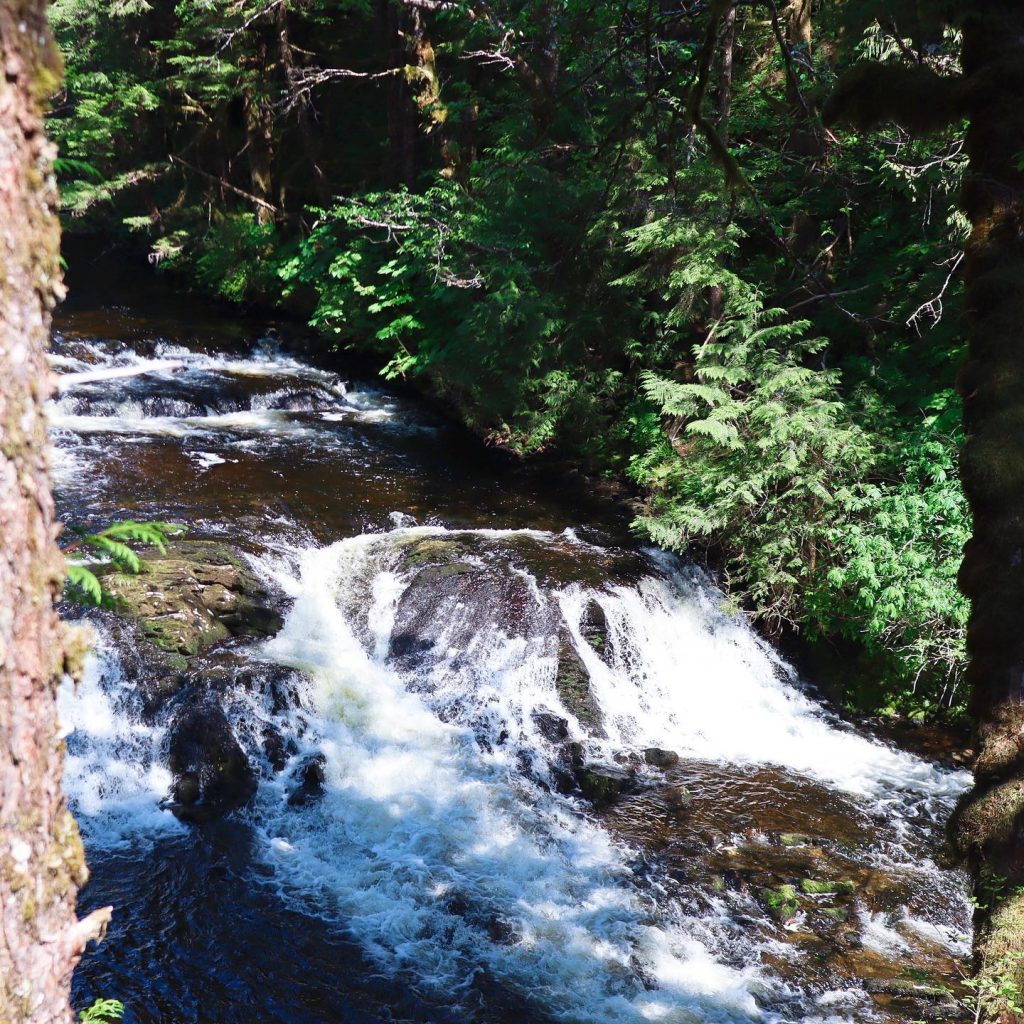 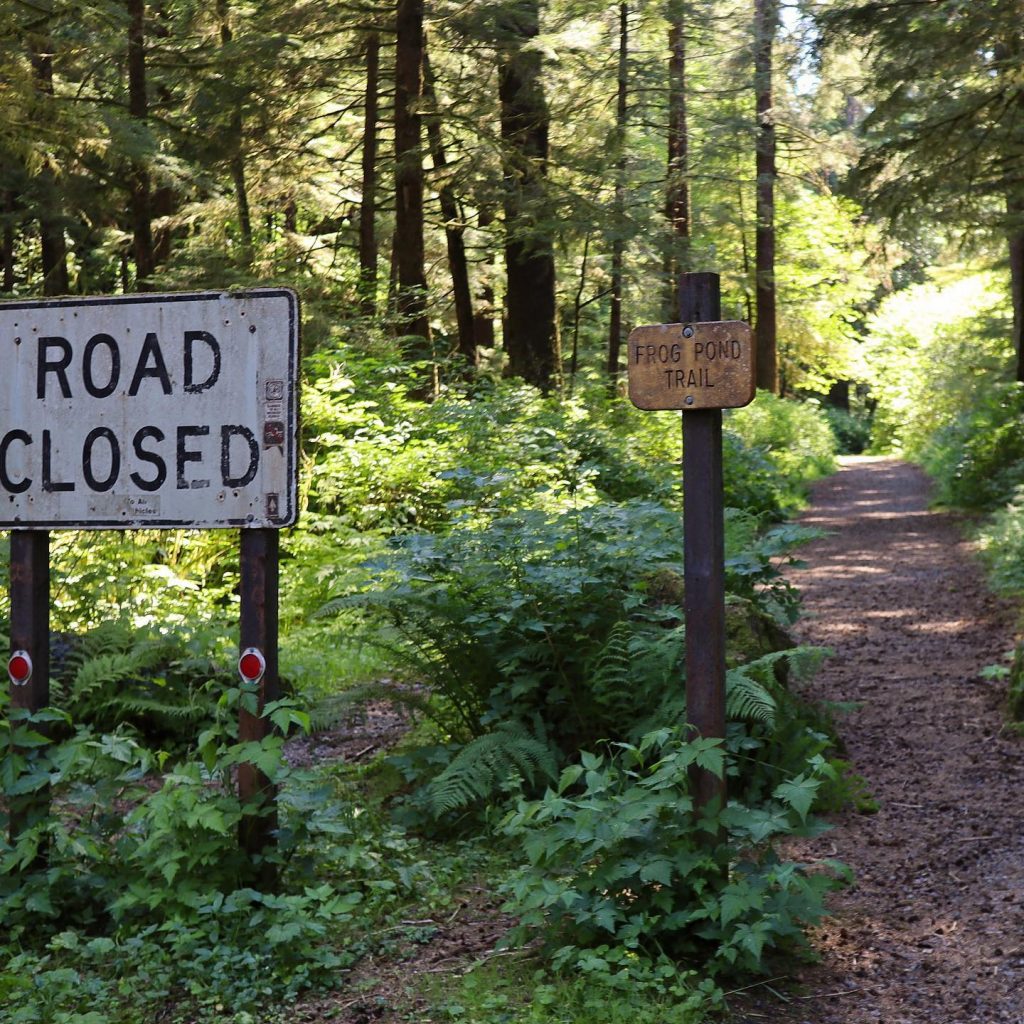 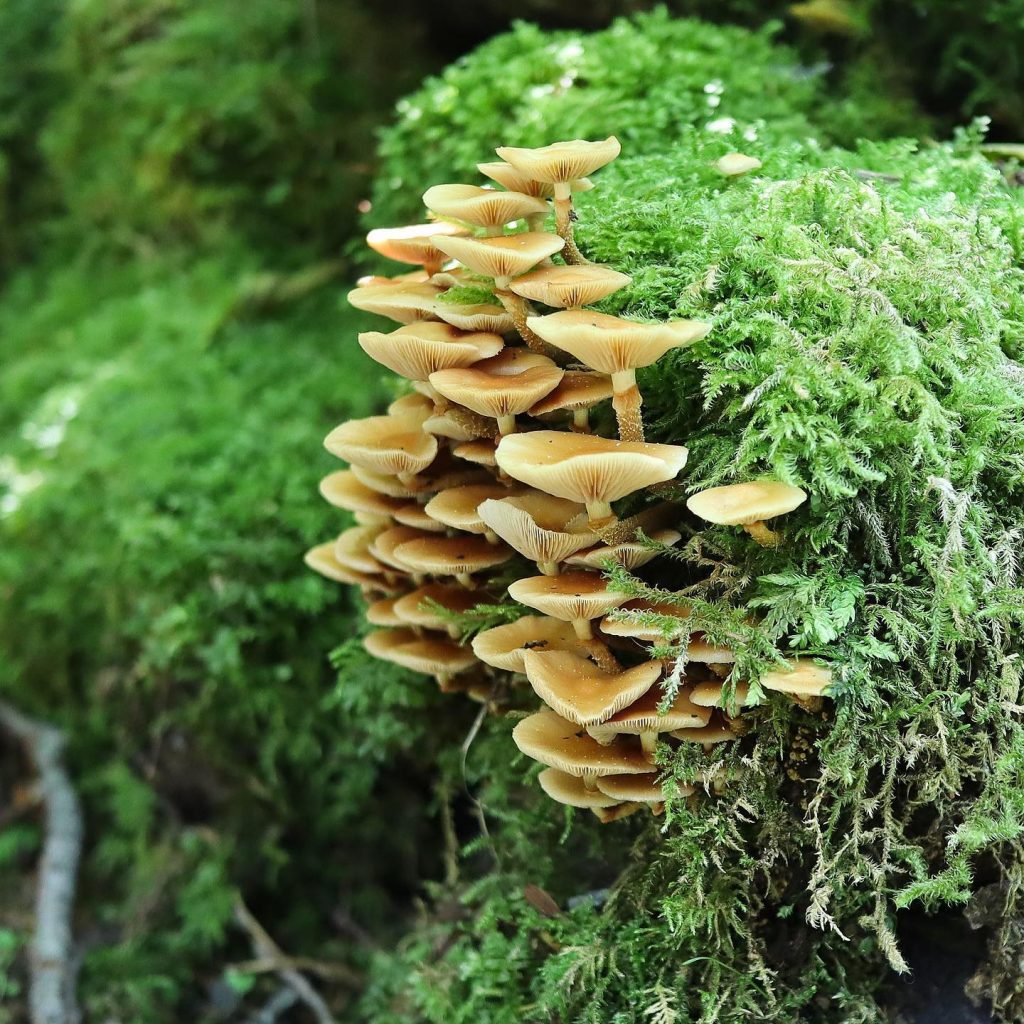 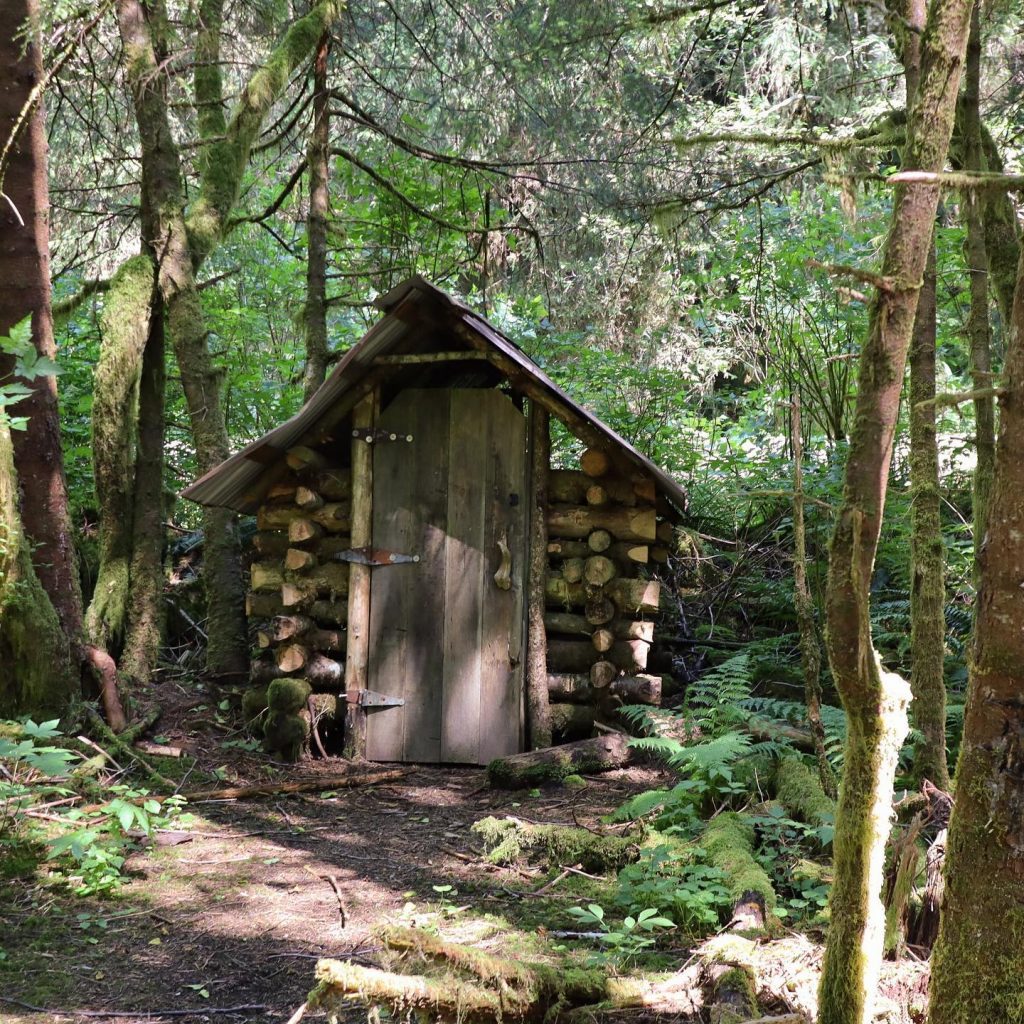