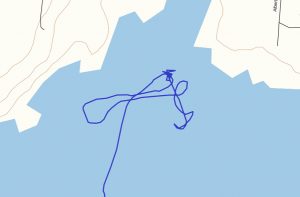 The sail would be pretty straight forward – 13 miles of motoring, blah. The only real excitement was that we would be navigating through the Obstruction Pass area, notorious for… well, obstructions. It would be just another infamous pass that we would conquer in our first year sailing, simply by going through another pass all together. Just to the south is Peavine Pass which is not known for constant attempted-seaman-murder. Instead, it is straight forward and easy as long as one takes the currents into consideration, and arrive at slack tide, which we did. Another hour motoring and we were arriving, unobstructed, to Doe Bay where we would inexplicably scrap the original plan of anchoring to take a mooring ball instead. This involved Kerri phoning in while I drew this with our GPS track… can you guess what it is?

Did I mention that the rain started coming in heavy just as we arrived? Oh, yea the rain came alright, and didn’t stop the remainder of the day. Since Kerri and I had our foulies on already, and she needed to go ashore to register for the ball, we all got right to piling into the dinghy to get to shore, making Moose quite happy. This was our first good, heavy, rain since a leak repair I accomplished a week or so back. The leak would drip right onto the nav-station inside, which happens to be Kerri’s work space during the week. The repair seems to have worked, with not a drop penetrating the interior of the boat all day.

The rest of the week’s weather was nice. Cold, but nice enough. Moose and I would head to shore a few times each day while Kerri plugged away at work on the boat. There wasn’t a whole lot to do for two meat-eating men without a car, so Moose and I would just do a lap around the grounds before returning to the boat. Rinse and repeat a few hours later. In the evenings, Kerri and I would paddle back to shore to soak in the outside hot springs with a view of the small cove leading out to Meriwether. The warm waters were a welcomed offset to the brisk evening air and temporarily eased some of my new neck pain that is currently paying me a visit. No pictures of those events though as phones and cameras where prohibited items in the spring area. We all need more places where those evil electronics are not allowed. 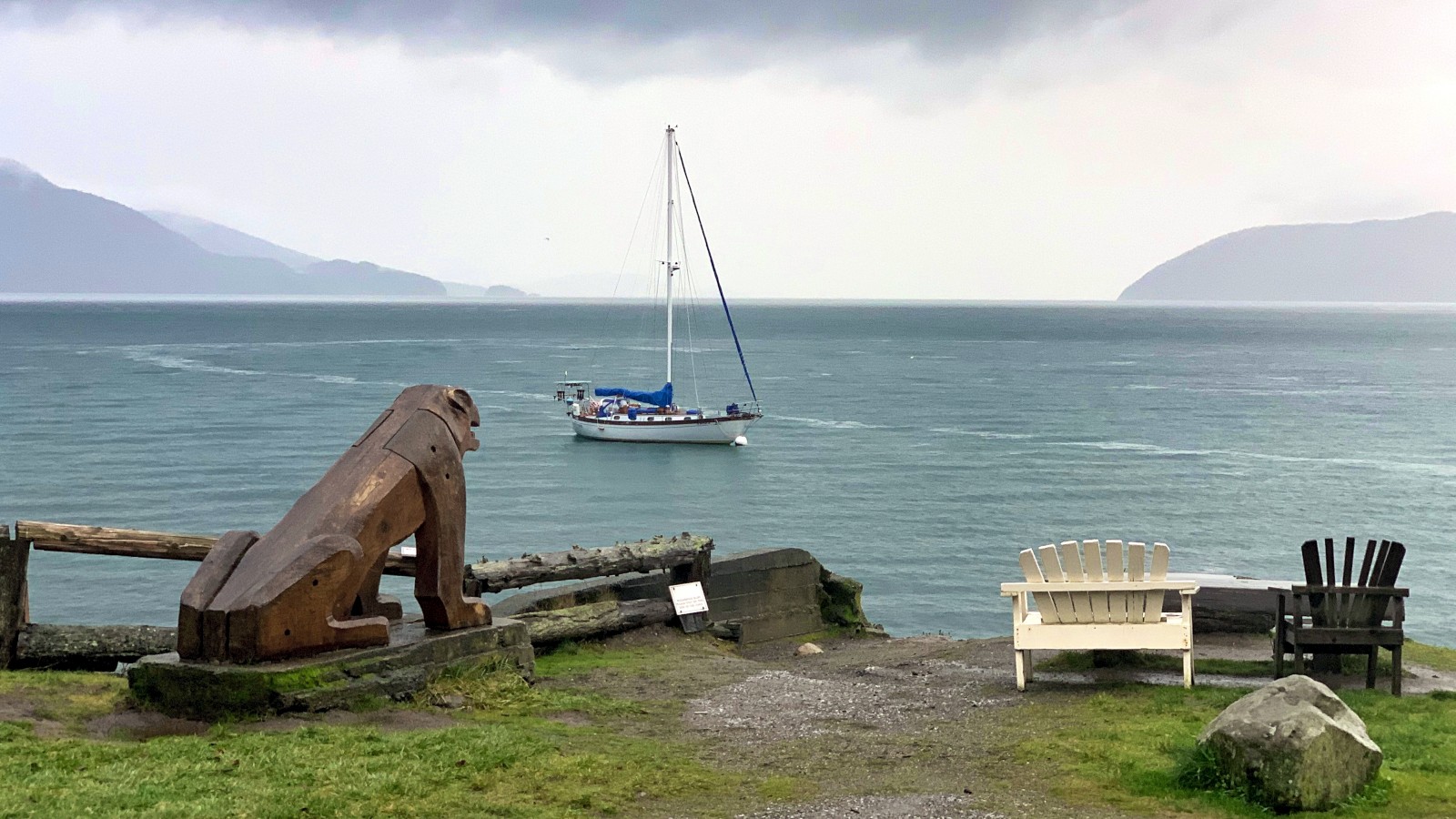