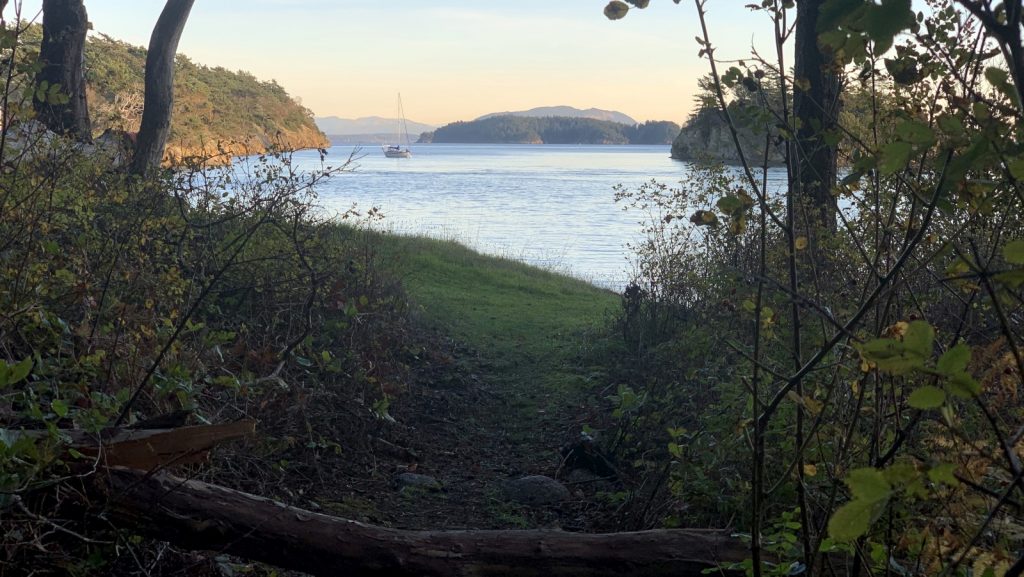 Although we already hiked this side of the island back in June/July, we were on the trail once more the first full day after arriving. The fall colors were out in force, but make no mistake, mushroom hunting is the biggest reason we are out here freezing our tails off. Kerri had been looking forward to this time of the year for months, and with these islands so irregularly visited this time of the year, mushrooms are all over the place. A short four mile hike took some time as Kerri explored many of the hundreds and hundreds of ‘shrooms we came upon. Moose was just happy to get to run like a mad dog for a few hours. 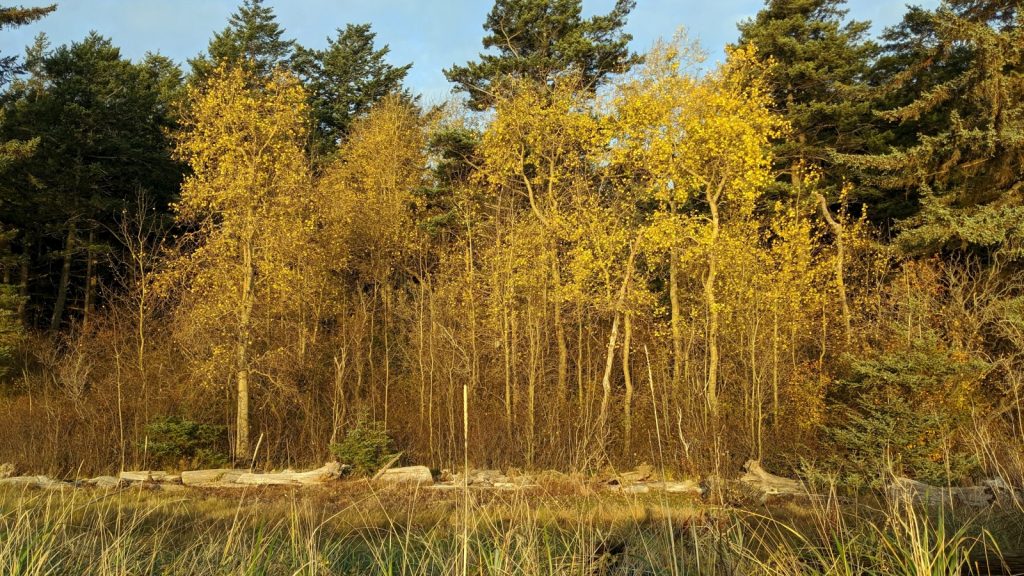 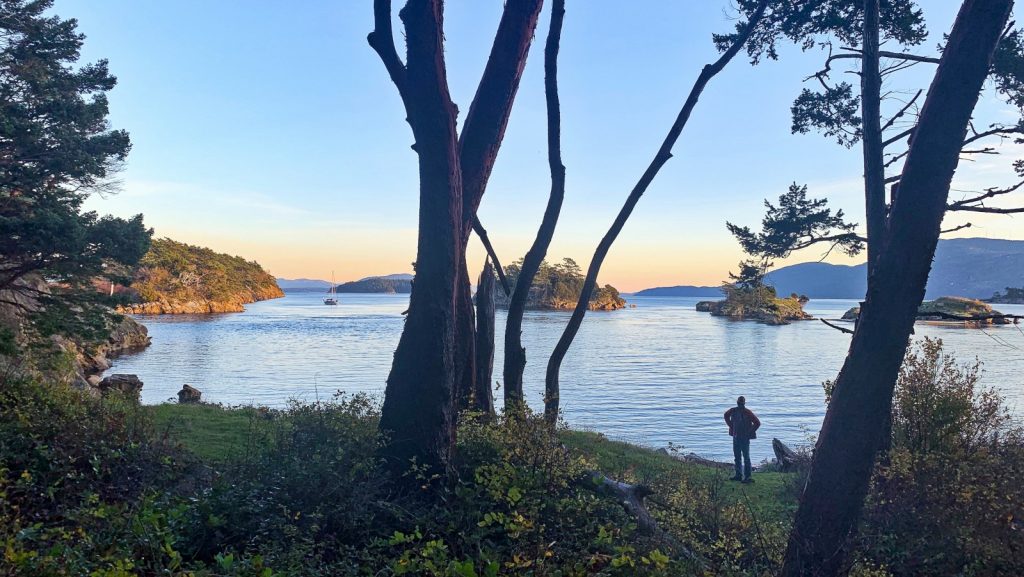 With the work week on us we tried to settle into our routine again after the trip and the week of chores. However, things would not be so easy for us both. Kerri and I are both suffering some bouts of insomnia, and then to top it off we had a wind storm spend a night with us. While pretty well protected from the winds themselves, the swells coming into the cove seriously rocked the boat – nose to tail. It went on all night, and sleep only came in the early morning hours. It ain’t easy sleeping inside a bucking bronco. 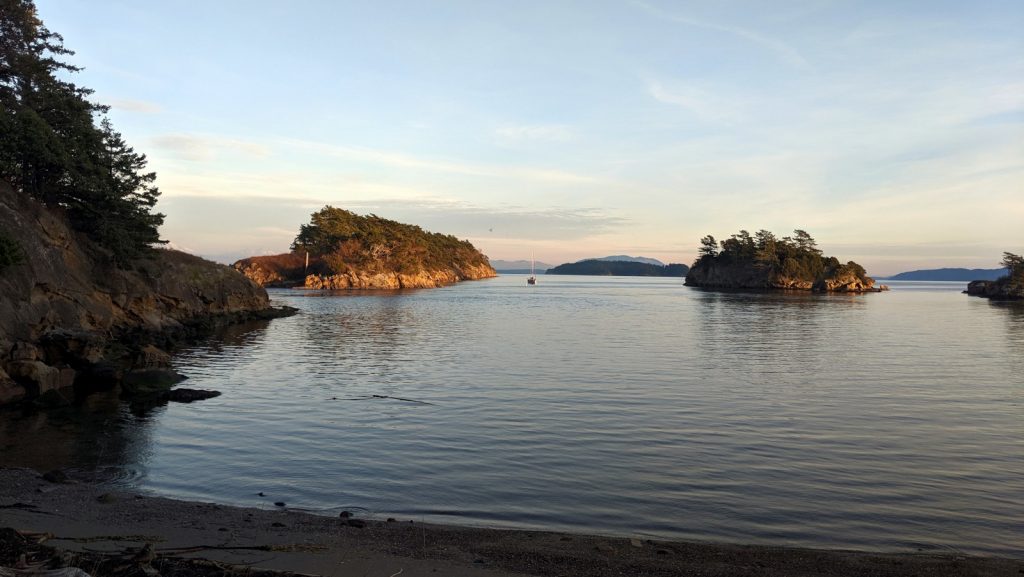 The days have become so short now that our solar can not keep up with the demands of even just one of us. I’ve been staying off the computer a lot but we are still forced into running Meriwether’s motor for an hour and a half each day, just to somewhat keep up. At higher RPMs the motor can bring in 70 amps per hour to the battery, but the racket is intense. Instead, we run it at a slightly calmer speed but have to run it longer to bring in enough power. It’s harder on Kerri as her work space is directly beside the old motor. I can at least move to the V-birth, a good 20+ feet away. 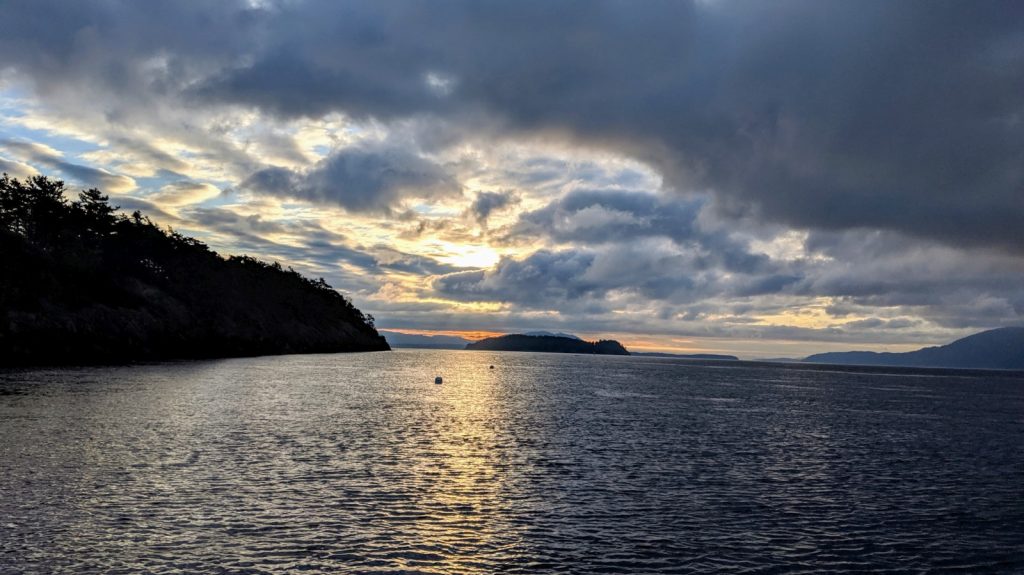 As the weekend approached it was being made very clear that sailing was not going to be happening. Absolutely no wind was being forecast for as far out as we could see. If we wanted to move to another location, we had no choice but to lean on the motor some more. At least the diesel fuel expenditure would serve two purposes; propulsion and battery charging. 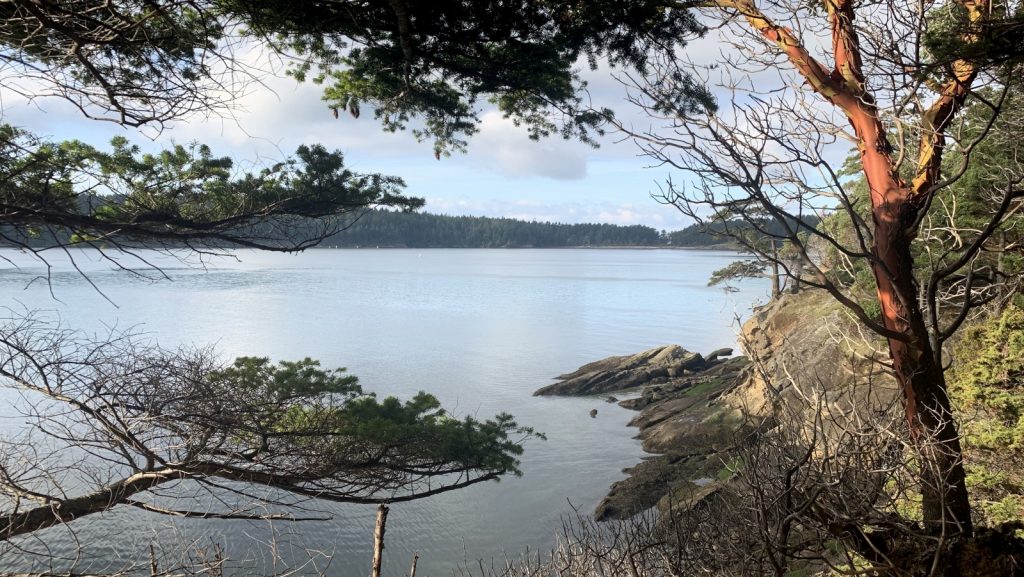 The absence of even a single boat in Echo Bay