Returning from the BVI trip took more than 36 hours of ferries, taxis, planes, and airports. We were already exhausted from the week at play, but after the travel back we were just zombies. I knew I would need multiple days to recover, mentally and physically, but life would put me right back to work once we arrived back in Washington; from the daily chores of normal life (laundry, groceries, etc) to having to bring the van back to storage (involving a 30 minute Lyft ride), to making the time for some fixes on the boat that were put off ’till we were in port. We only had a four day window before we were to get back out on the water. I wasn’t alone in the pain and suffering. Kerri went straight back to long days behind the laptop to catch up on work after her first week off in… well, ever. 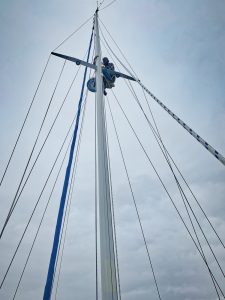 Friday’s forecast showed a good amount of wind, so on Thursday (a calm wind day) I did something special – climbed the mast for the first time. We wanted to convert our anchor light (1) to LED to save some battery over the long nights, and that light is perched at the very top of the mast. We had “Bosun’s chair” for a while now. I watched a video or two on the use, then clipped in and set about the task of hauling myself the 50 feet up our mast. Along the way I inspected our rigging, shed a little blood, and stumbled my way up. Finally at the top, some pictures of the view, then I went to work on the light fixture. Once the cover had been removed it was then plainly obvious that the light was already LED. {sigh} All for nothing, but it at least saved me another climb up that same day after buying a bulb. 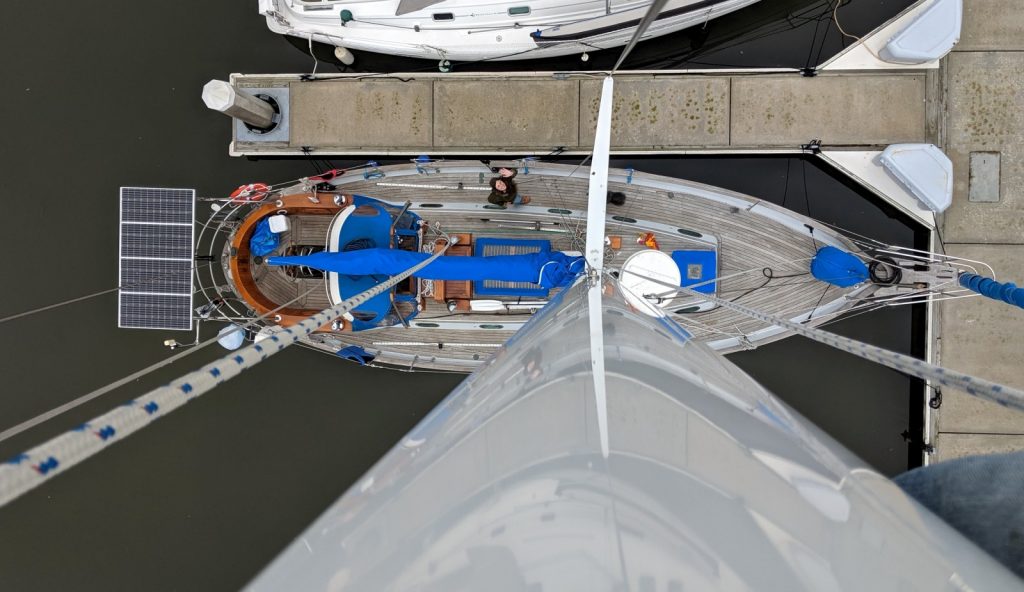 By the weekend we were ready to go. Kerri desperately wanted to get back out on the islands where mushrooms awaited her anxious little fingers. We set out on Sunday morning, leaving  Bellingham once again just as we did 5 months ago when we first started. And with our greater level of sailing confidence this time around we had a longer route plotted for the day. We would skip all of the smaller islands along the way and sail directly to Sucia Island State Marine Park, 18 nautical miles away. The wind forecast would tease us with fair winds coming in at a direction that would allow us to sail on a beam reach (2) the majority of the way. This would have been nice and all, but once out on the water the tease – and lie – became apparent. 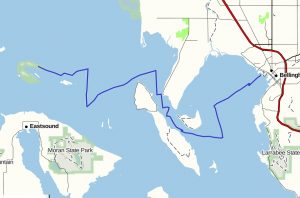 Not only did the wind decide NOT to come from the direction advertised, it forced us into – yet again – nearly the entire day close hauled (3) and beating against the wind. Pretty much no matter which direction we faced, the wind would scoot around to be directly in front of us. At this point we are so accustomed to it that it isn’t even a burden anymore. Screw you wind… screw you.

It was a long haul that day, but it also felt good to get back to sailing Meriwether. What was supposed to be 18 miles took just under six hours – five of which were under sail – over 27 miles of sailing to get to, but arrive we did, to a completely deserted Sucia Island – very different then our last time here on the weekend of the Fourth. Once we arrived, we had our pick of any bay, any mooring ball, any anchoring spot… it was all ours. So we pulled into an area we had not yet stayed – Ewing Cove for our first week back at sea. 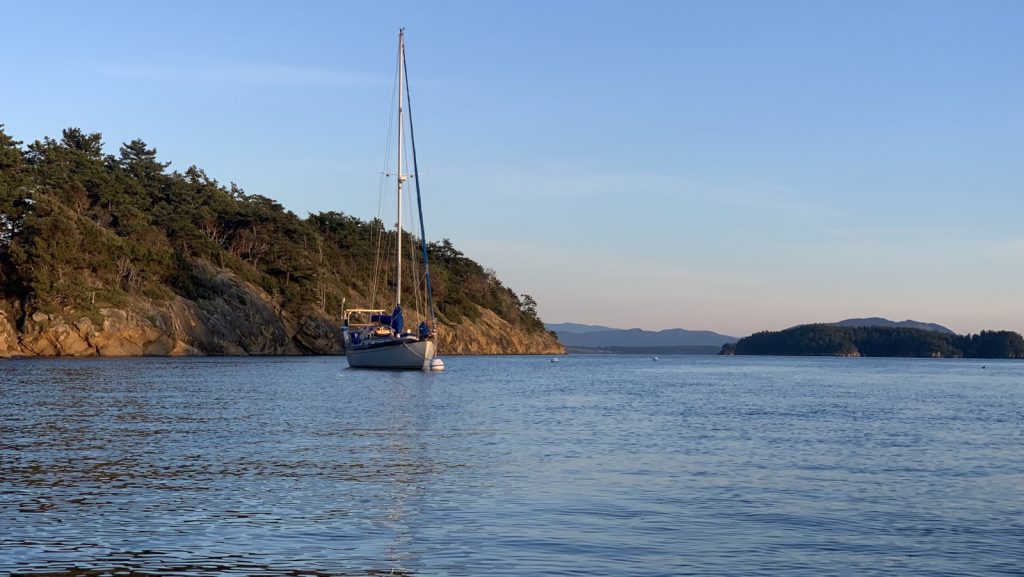 1 – An anchor light is at the top of the mast and illuminated at night – view-able from all directions – to signal all other boaters in the area that our vessel is there, and at anchor (can not navigate)