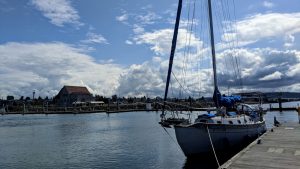 On a calm morning we moved Meriwether to the north guest docks in Everett Marina to use the pump-out. There is even a small park on this side of the marina. Moose would surely enjoy some grass and bushes during his walks. We also had better access to the restaurant and distillery that we wanted to visit during the week. Allow me to emphasize the distillery. It was also a much prettier part of the marina – being newly built and all – to call home for the remainder of our stay.

Unfortunately, it was only after we paid up that I found out the bathrooms, showers, and laundry facility over here are for the long term residents only. Guests were not given the codes, meaning I had to haul – via our wagon – three weeks of laundry all the way back to the south side; nearly a half mile away. And to rub salt in, I got a call from the marina on our final day telling us we had to move. All slips were reserved for the weekend for a fishing tournament. Bah! We ended up having to move back to our original dock before the end of the week… oh well, more practice! 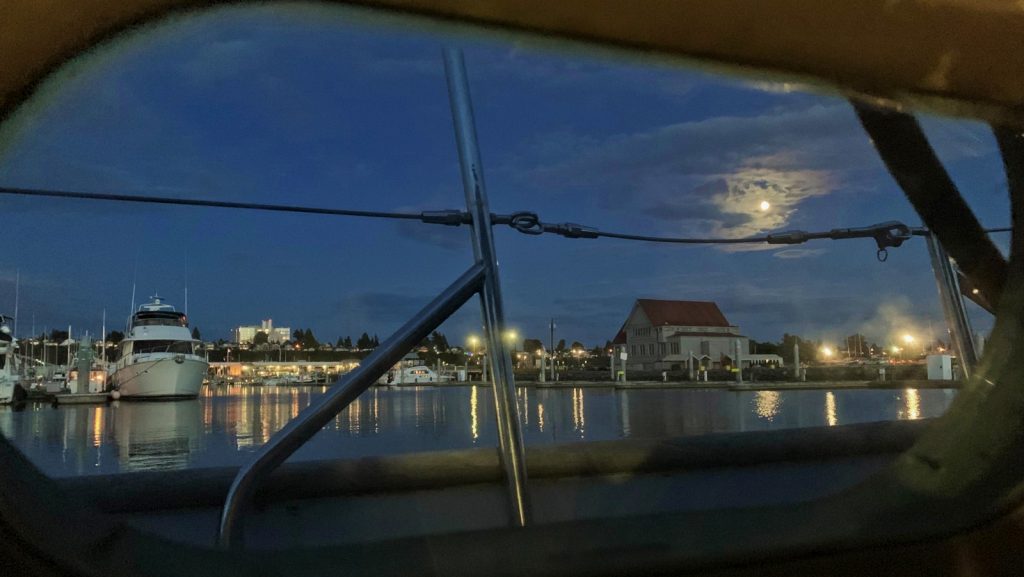 However, while in port I get to do/attempt some repairs that normally do not get worked on at anchor; like engine stuff. The reason I hold off until we are in a marina is due to my life-long luck of finding out we are missing one part (or tool) only after the point of no return. I can’t risk not having a working motor without access to a marine parts store. No way can I sail Meriwether into a marina. 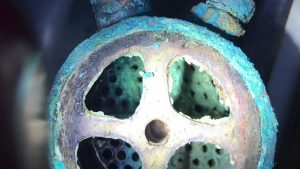 So the final item left on the hunt for our motor’s temperature issues was the heat exchanger. What a radiator is on a car, a heat exchanger is on a boat. It circulates cool sea-water over the hot engine-coolant to cool it, and in turn cool the motor. I imagine that the heat exchanger has not been serviced for many years, and the job really isn’t a hugely difficult task. So I spent the time to drain the coolant, pop off all the hoses, and lift the heat exchanger out of it’s home behind our old Perkins. It was then opened up (a single bolt removes the cap off one end) and stuffed into a bucket full of barnacle buster – a magical liquid that eats away all the marine growth that would otherwise be clogging up the coolant veins inside. I allowed it all to soak for an hour.

Upon returning to the job, I pulled the heat exchanger out of the murky solution to inspect. Pleased with the results I was ready to re-install the whole deal and get the motor in working order again. First, I need to dump this bucket. Heave… splash! What is that sinking under the surface of the water? Is that the end cap to the heat exchanger? I just threw the cap and nut of the heat exchanger overboard! I seriously considered jumping in to try to grab it right then, but there was no way I was going to pull that off. See why I wait until we are in port?

I already know this rule, damn it; do not soak the small parts with the larger parts for this very reason – a lesson learned in my 20’s working on cars. I spent the next half hour beating myself up while calling some parts stores in the Seattle area only to realize just how screwed we were. A new heat exchanger was going to cost a ton of money, and time. In a last ditch effort I ran over to the marine store in the marina and amazingly found a new nut and replacement cap – which is basically a large brass washer. Perfect fit I might add, and only cost us an additional $20. That’s not a bad price for one of my mistakes. Much better than the $500+ and a week’s wait for a new heat exchanger to be shipped in. Man, one of these day’s I hope to stop making these silly mistakes. Who am I kidding? 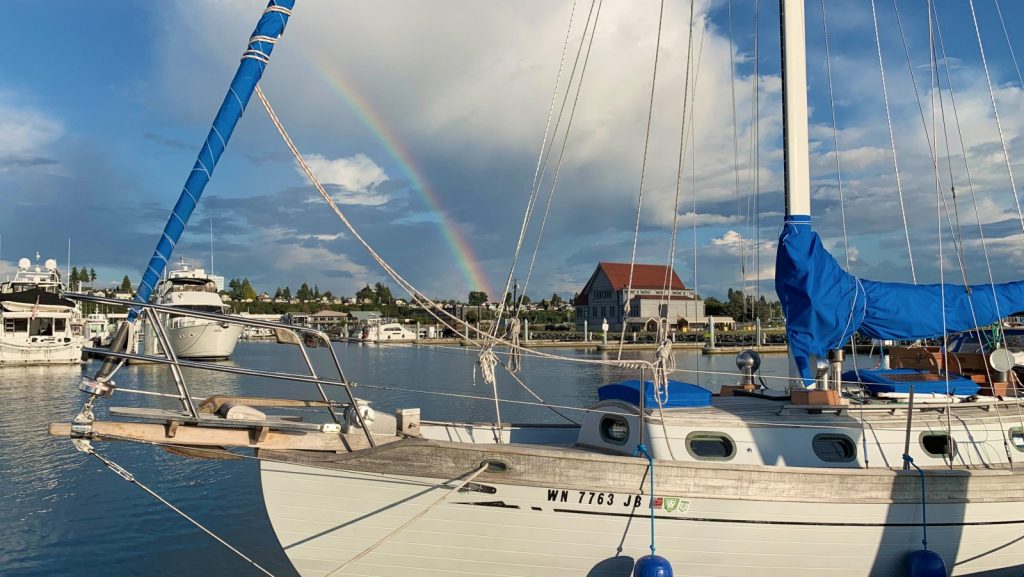