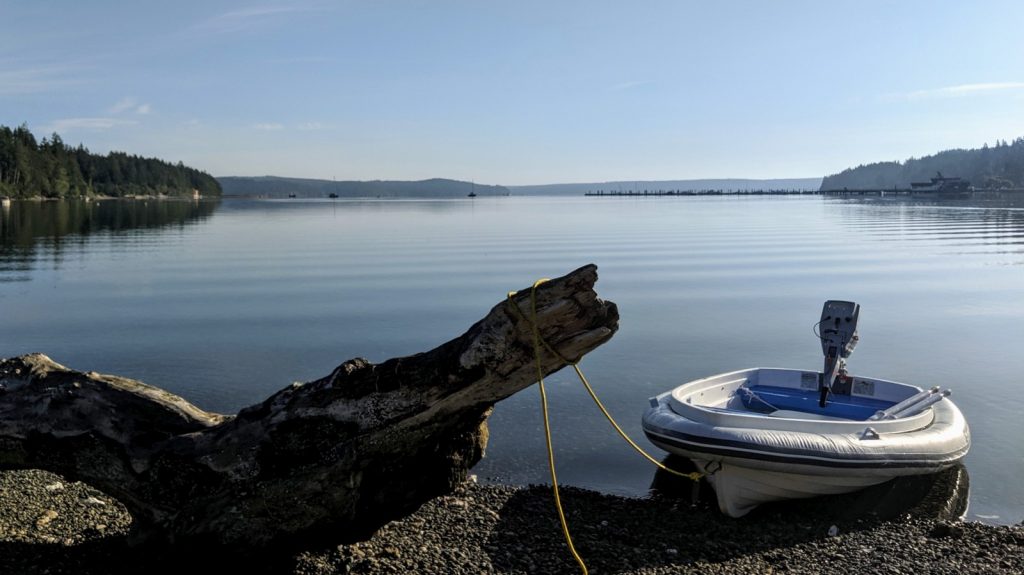 The bay also happened to look as if it would nicely shelter us from a scheduled southerly wind on Tuesday evening. It would blow at 20+ knots, so we were hoping to protect ourselves from the brunt of it. This proved to be untrue, and the wind blew all day Wednesday, as well. Not that long ago we would be super-worried about being at anchor in 20 knots, but our confidence in Meriwether’s abilities have grown. Our anchor held us just fine, and Meriwether handles the waves created by the wind like a champ even with her tendency to want to face perpendicular to it half the time. I don’t know if it is boredom or just the desire for the waves to tickle her sides, but the old girl loves to dance around at anchor, getting her ass way out there at times. 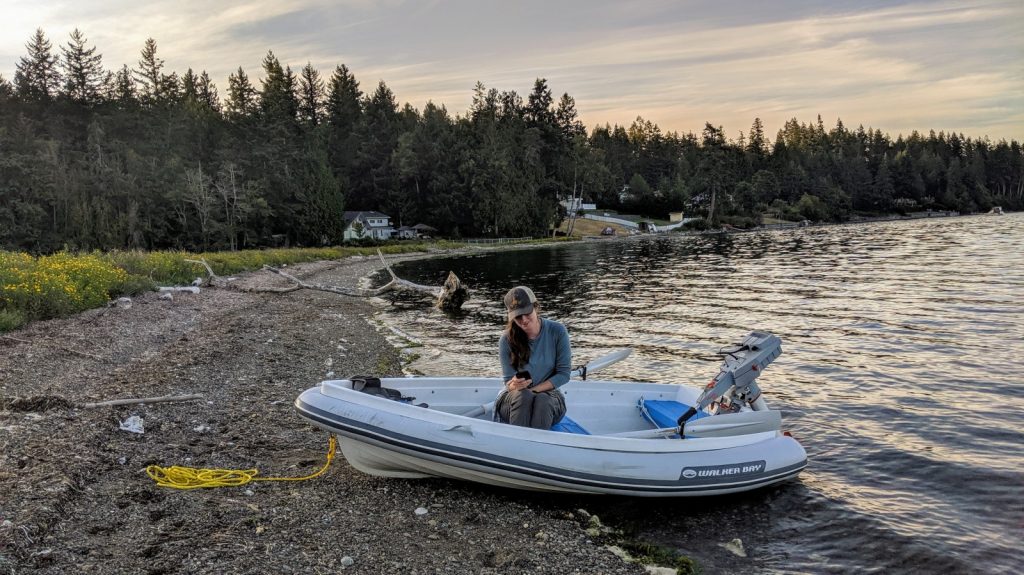 Sometimes I think she makes it a game to not touch land for as long as possible, even when coming to land with Moose and me.

Even with the wind, everything went smoothly for the week. It was nice to get out of a marina and have what peace and quiet we could find in the more populated south-sound. The retreat would ring what sounded like a San Francisco trolley bell from time to time, and the road nearby had it’s fair share of traffic noise, but all in all it was fine. We did get a wee bit of nature sounds as well, from a local bald eagle family and the dozens of seals (and their farting sounds). Hey, if a seal pops it’s head up nearby, give it a loud fart sound. They love it. 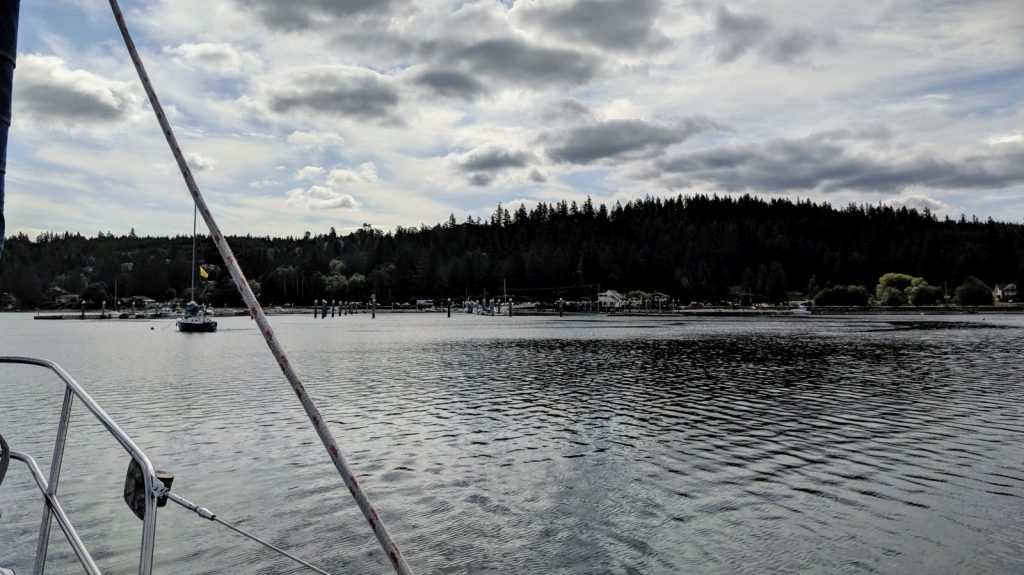 The view towards the marina, and our only neighbor – an unoccupied sailboat with a “Don’t tread on me” flag at half mast.