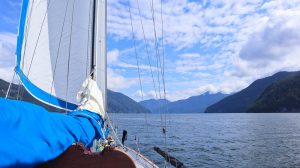 It was another 25+ mile voyage from our last stop in Ocean Falls – they all seemed to be 25+ nowadays – but at least the wind would run in our favor this day. It wasn’t particularly strong, in fact pleasant enough for Kerri to work down below while I jibed our way up the channel on a broad-reach with just our headsail out. About an hour behind us we could see another sailboat doing the same. Though I considered radioing back to celebrate a day of sailing together, I did not. Instead, I masterfully plotted each of our jibes to keep the sail full of wind as we rounded each corner. 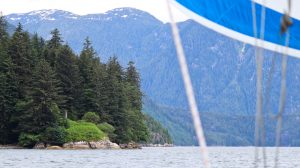 Then, not too far before we would arrive to our final destination, we passed Sir Alexander Mackenzie Provincial Park in out-in-the-middle-of-no-where-Canada. It is a tiny park, with no nearby place for us to anchor to visit it, but we could – with my masterful sailing once again – pass within just a few meters of the park’s main attraction under sail; the commemoration of Mackenzie’s travels across the continent back in the day when it was thought impossible, and 12 years before Lewis and Clark here in ‘Merica. Here he got, only to carve his name into a rock and claim victory. Future Canadians agreed. 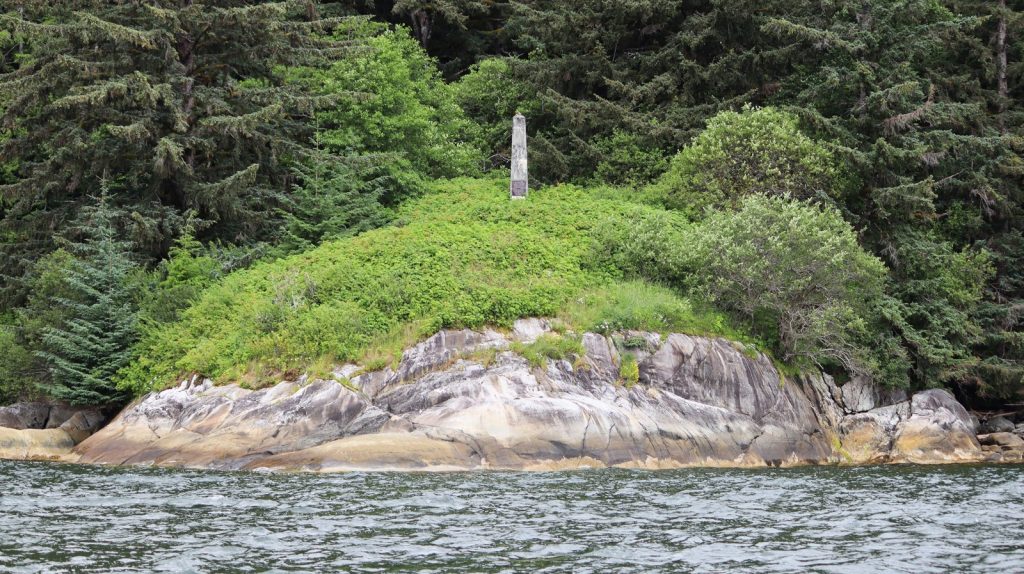 It wasn’t much longer before we were pulling into the pleasant bay that is Eucott Bay. On the east shore in this totally serene view is a natural hot springs big enough for eight. A large family had it at occupancy when we arrived so I set in for a cat-nap. By the time I woke, the boat that was following us all day had already dropped anchor beside us. Wouldn’t you know it, it was our friends on the Tayana again. A quick VHF conversation later and another socializing date was made for later that evening, after a soak and meal. It was during our late (for me) happy hours, that we began to spot the brown bears coming to the shoreline. Even from our fair distance off the beach, they were a treat to see. 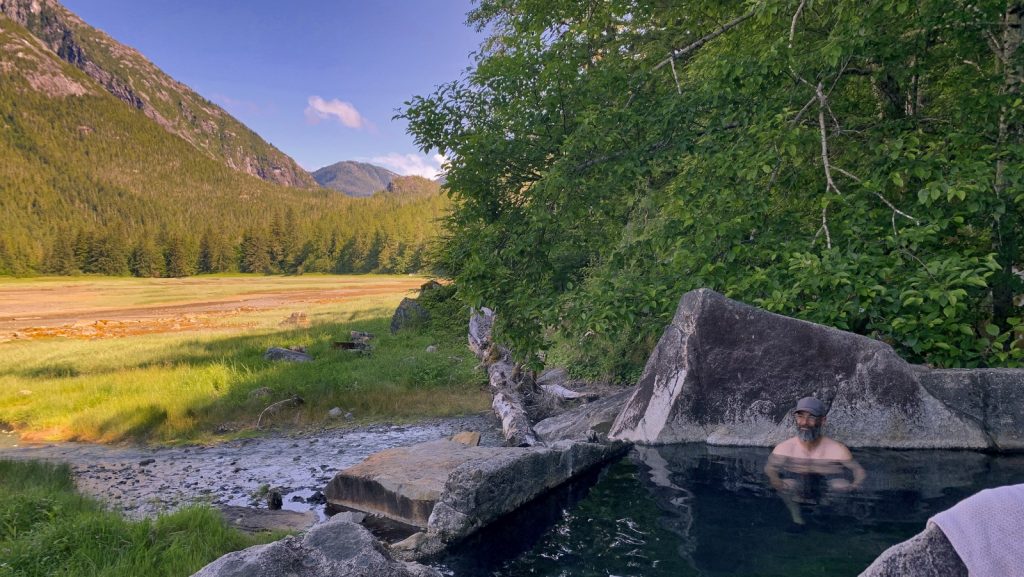 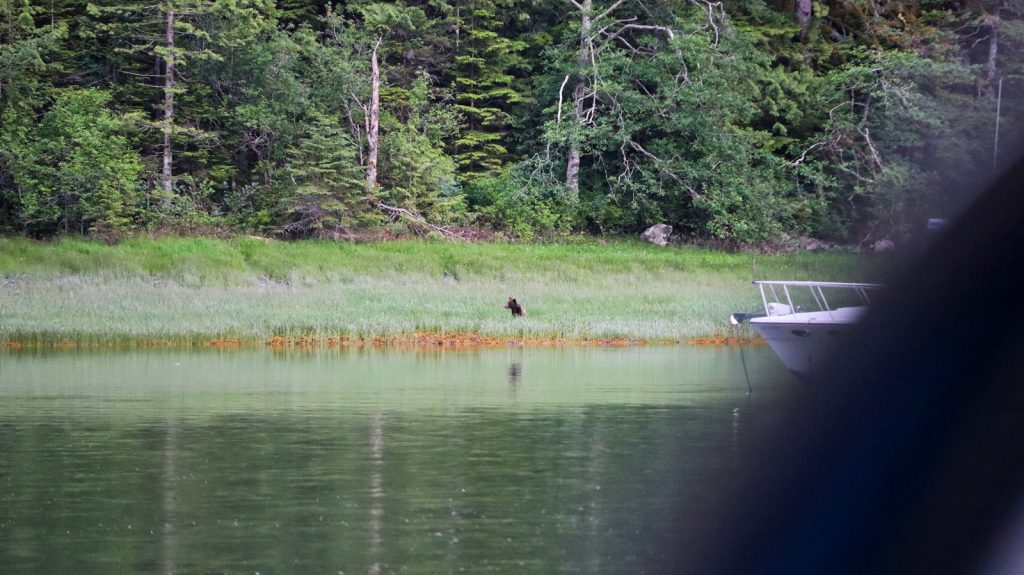 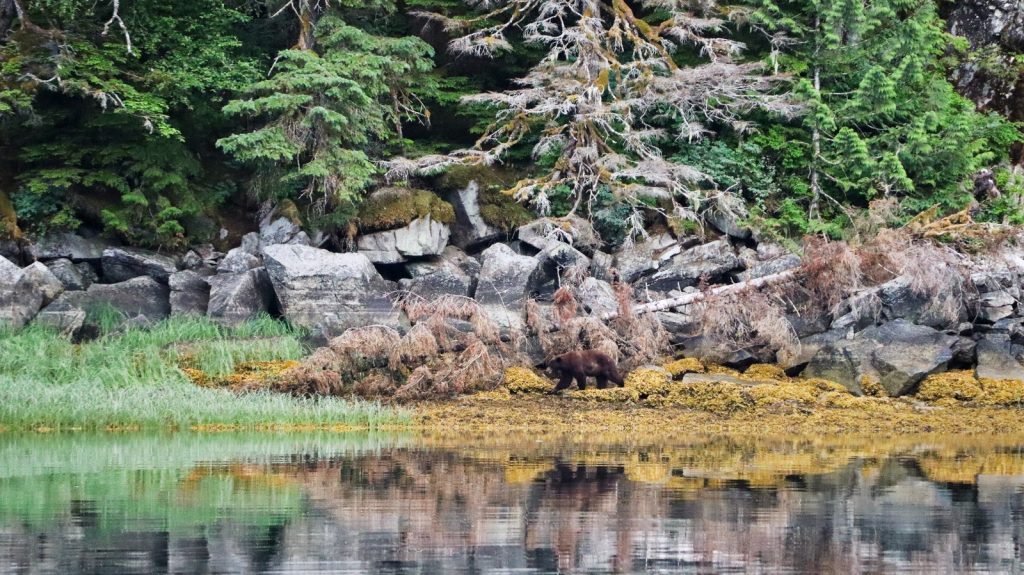 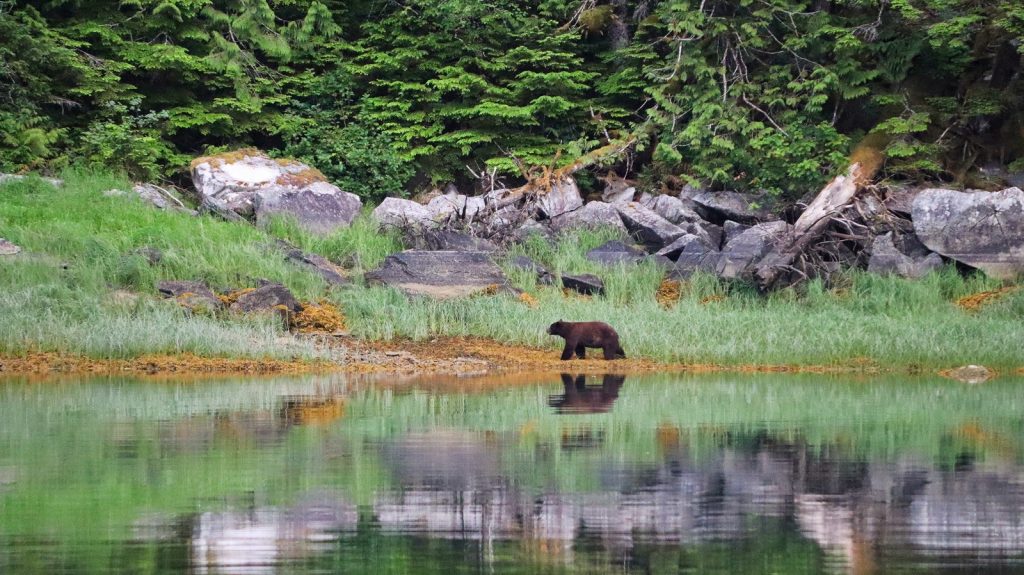 We decided to spend a second day here, just do to nothing at all, and left only after two nights and two days relaxing in the sun and hot spring. These few days of non-travel are rare this year, and my bones appreciate the down time. It is taking some getting use to – this near constant daily traveling. In our first three years we traveled only on non-work days (3 days of each week). This year we have been traveling 5, or even 6 days each week. And the daily average is nearing 27 miles per day, which adds up to about six hours of travel each and every day. Because of this, I have not gotten into any sort of daily or weekly routine as I have had in the past. Work, workouts, to-dos… it feels as if there are less opportunities to complete these nowadays. Hopefully, as we approach more civilization in the coming weeks, I can find that groove again.