Long walk down a windy beach to a closed cafe

Our Friday evening departure from Wrangell once again gave us the opportunity to get 20 miles closer to our weekend destination, which was a good two-day-sail away at our 5-6 knot pace. With no wind, the miles on Friday were all done via the diesel motor. Until, of course, we neared Saint John Harbor where we were to anchor for the night. Only then did the wind begin to pickup. We are accustomed to it however, and tucked in behind a small island to drop the anchor.  A peaceful night at anchor ensued.

The weather forecast on Saturday showed that we could (just maybe) have a few hours sailing towards the afternoon. The wind would be on our nose, but at least we could raise the sails. And, thanks to the early start to the weekend, we had all day to make the 30-ish miles to our destination that day. As luck would have it, the wind would begin filling in earlier then forecasted so we got straight to the sailing once we left the anchorage. All three sails saw action this day in building winds – we were a true cutter, slicing through the water at over 6 knots with ease. Sumner Strait girth made beating against the wind was no big deal – taking well over an hour to cross on each tack. We made sure to slide right past McArthur Reef (my namesake) just for the fun of it. 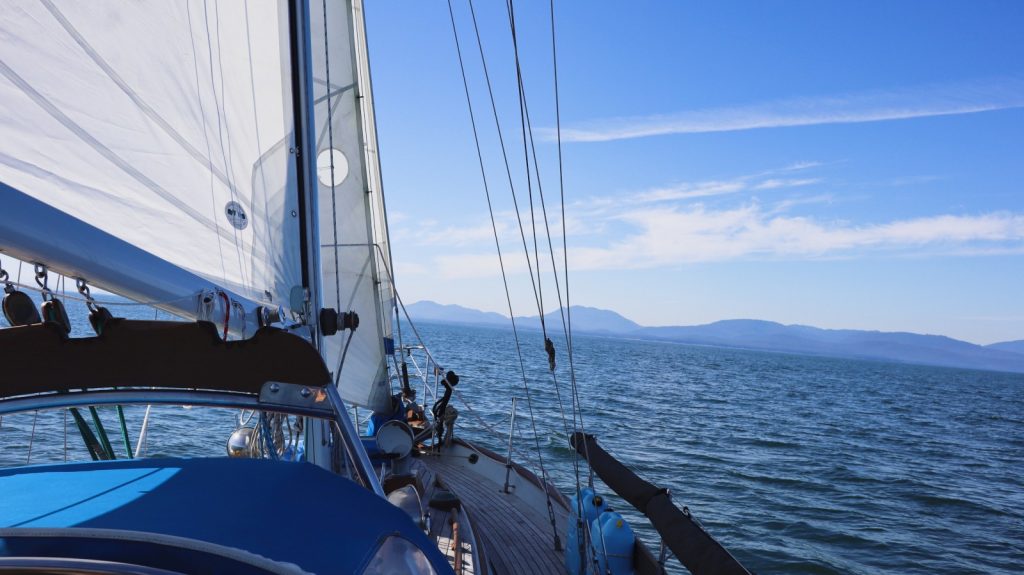 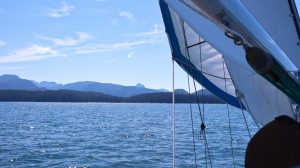 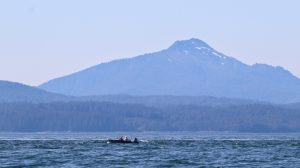 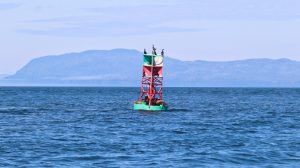 Winds increased as we approached the second half of our sail, but we were prepared with spot-on-perfect-timing on putting in a reef. Thanks to the new topping lift, the reef was easy, and not 30 seconds after it was complete did the winds begin to gust over 20 knots. It was the perfect amount of sail for the conditions and we flew along letting the auto pilot do all the work. As we sailed closer to Prince of Wales Island, the land would shelter Meriwether from the worst of the wind, allowing us to calmly lower the canvas and motor in the final mile. A nice sail followed by a calm and non-dramatic end is just what we needed. After more than 5 hours of sailing we motored in to Point Baker, getting a quick (distant) visit from a humpback just as we were entering the bay. With not much room to anchor off the public dock, a local fisherman waived us in to raft to his boat – our first rafting – which we pulled off like pros I might add, even with the wind kicking up just as we began our rafting attempt (see?). 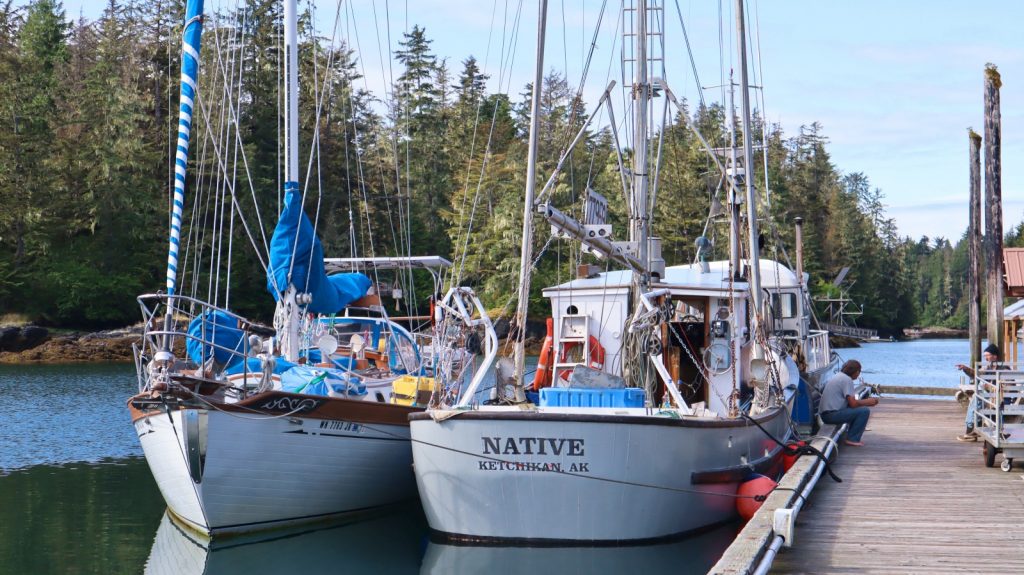 Point Baker sports a total population of just a few dozen folks, all of which seemed to be standing on the docks as we came in. Ask any boater – the last thing they want is an audience as they are docking (or rafting in our case). Once tied up and safe, we find the crowd (all locals and past locals) was gathered for a retirement party for the Postmistresses of over 40 years. The locals welcomed and invited us to the party. We said our hellos and enjoyed a bit of socializing, but the entire reason we came all this way was to visit the last remaining floating saloon in the state. It is right here in Point Baker, right on the very dock we rafted. It was at least. We were informed that it no longer exists but to hold the occasional shindig. Bummed, we took a nap instead. It was a good day at sea. 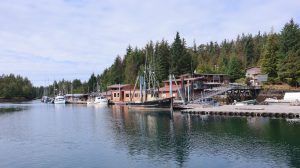 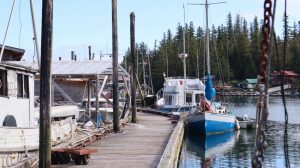 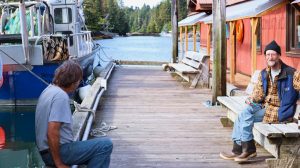 This weekend we sailed (actually sailed! nearly the whole way!) up Sumner Straight to visit Point Baker, which purportedly boasted the only floating bar in Alaska. Well, it turned out the bar’s been closed for a while now, but we happened to pull in while the entire town (population 25) was gathered in front of the Post Office to celebrate the retirement of the postmistress who had been there 43 years (IIRC). The residents had extra to celebrate, because up until very recently, they didn’t think they were getting a replacement postmaster, which would have likely meant unsecured mail just dumped in a building, like the bay next door. With no room at the dock, we rafted (our first time rafting), to the the boat of the local fisherman, self-billed “The Town Idiot”; he offered that title to us the next morning after Michael, doing laundry, declared himself the Town Drunk. He goes by a different name when actually drunk — I guess the three Angry Orchards didn’t quite get him there yet. Plenty of time; it was only 9am. We came for the local flavor we were hoping to find at the bar, and though we didn’t get the bar, we got all the locals. – Kerri