Is this how normal people sail?

Day 3: 62 nautical miles, almost all by sail. We departed Lasqueti Island at 6am to catch the last of the slow current out and anchored at Hornby Island until the tide changed. Weather forecasts predicted a downwind sail up the Straight of Georgia, building from 10 to 20 knots by the evening, and for once, the forecasts were right. We had an amazing sail with the spinnaker out for hours on a single tack toward our destination, holding speeds above six knots, and for a good while at 7.5. It was sunny and warm, and the seas were comfortable, and it may have been the first time since we got the boat in 2018 that we actually experienced that just perfect sailing feeling all the YouTubers want you to think it’s always like.

We were having such a great time, it took us too long to realize that our speed was putting us way ahead of schedule to hit Discovery Pass, where a river of water rushes out into the straight, and in wind conditions just like ours, creates chaos in the water. We had planned for an average speed of 4.5 knots, not 6+, and by the time we took down the spinnaker in the building wind, not even running on just a sliver of a furled jib could get us below 4.5 knots. So as we approached the flooding pass, with clearly visible standing waves ahead, we turned direction and loitered outside the danger zone for at least and hour, as building wind made the seas more uncomfortable. A humpback whale that must have swam right under the boat surfaced directly on our beam, so close (no photos; it happened too fast). We finally turned safely into the pass as the current slackened to a manageable 2 knots and anchored in Quathiaski Cove just before last light. 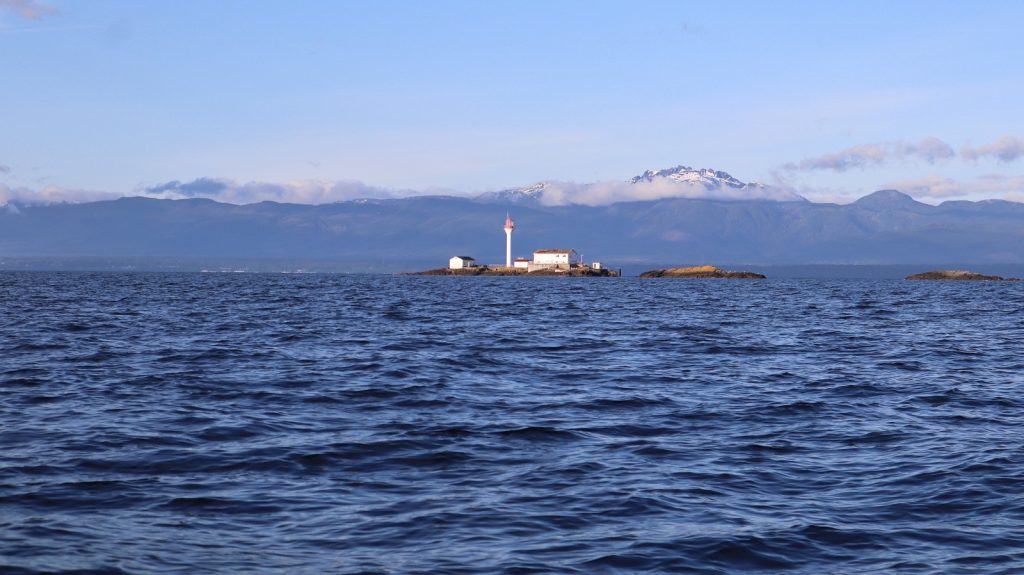 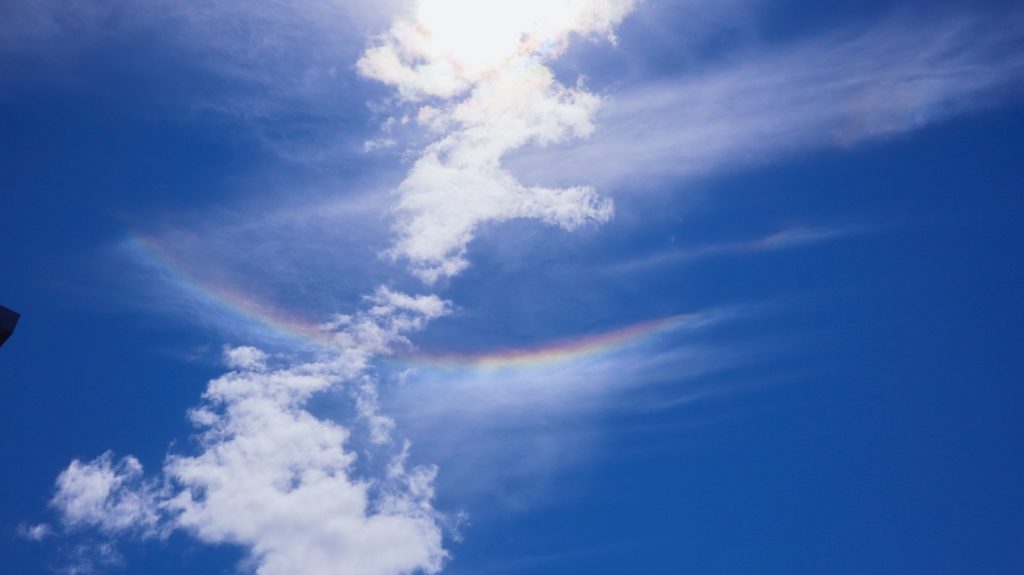 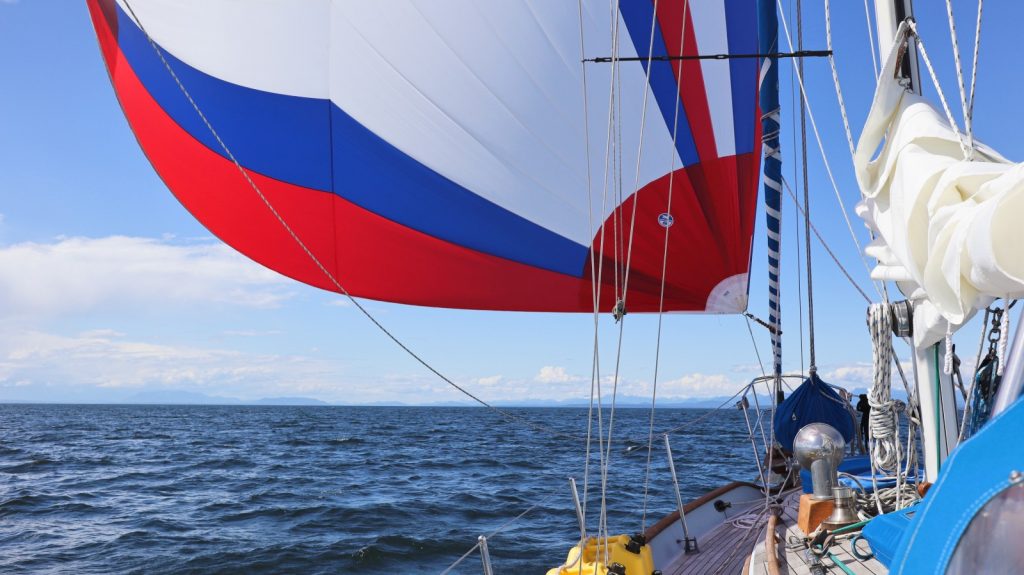 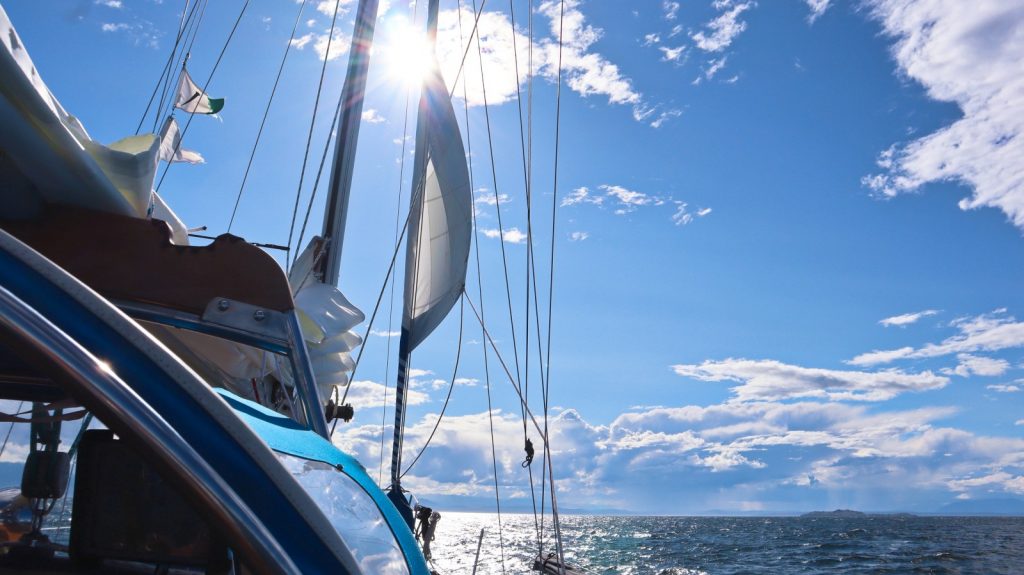 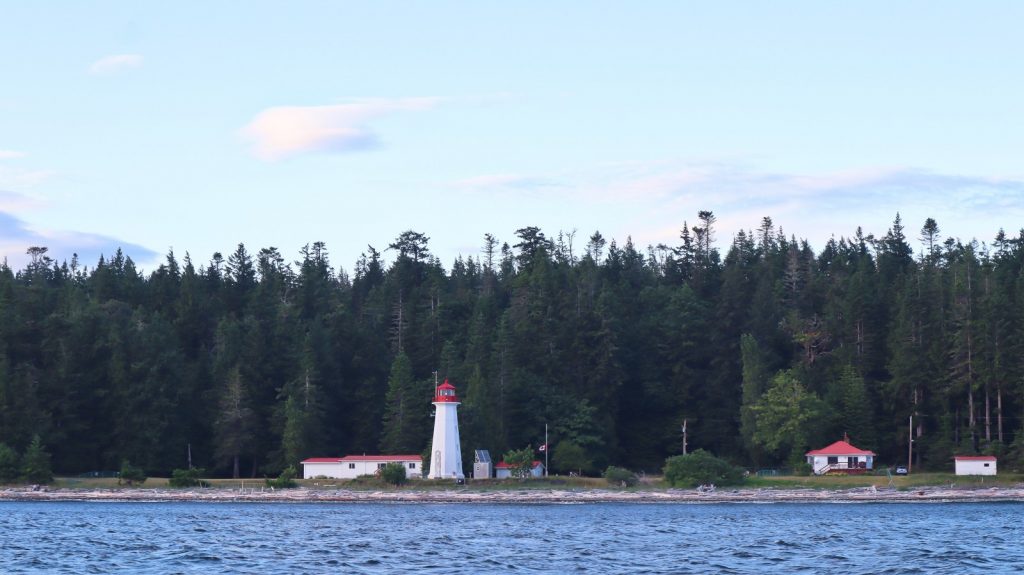 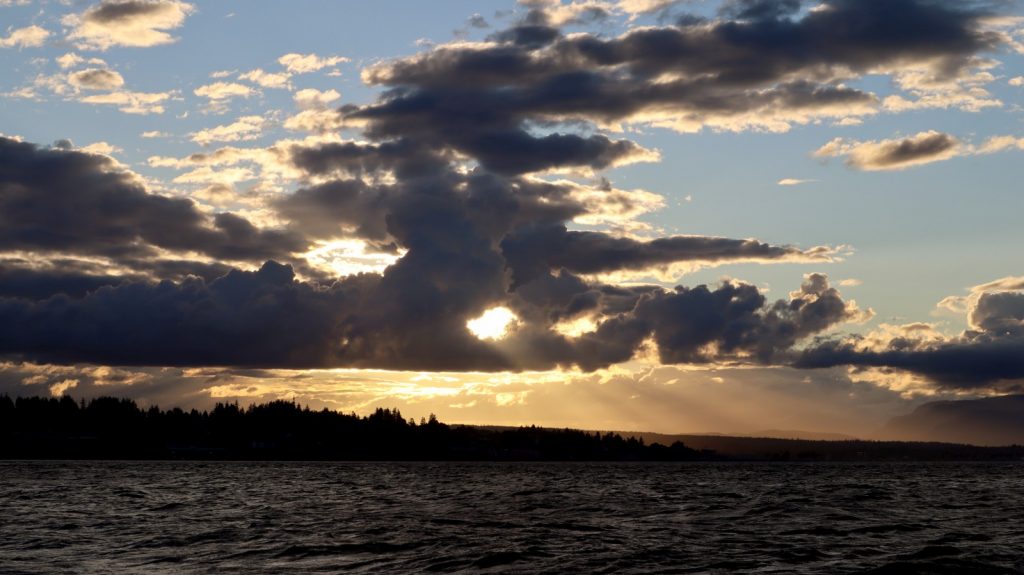 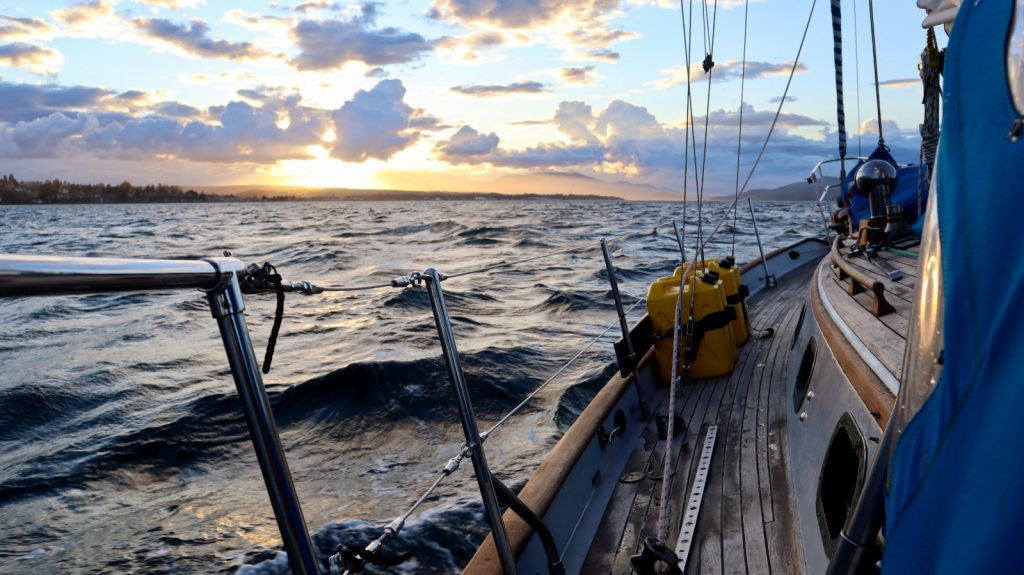 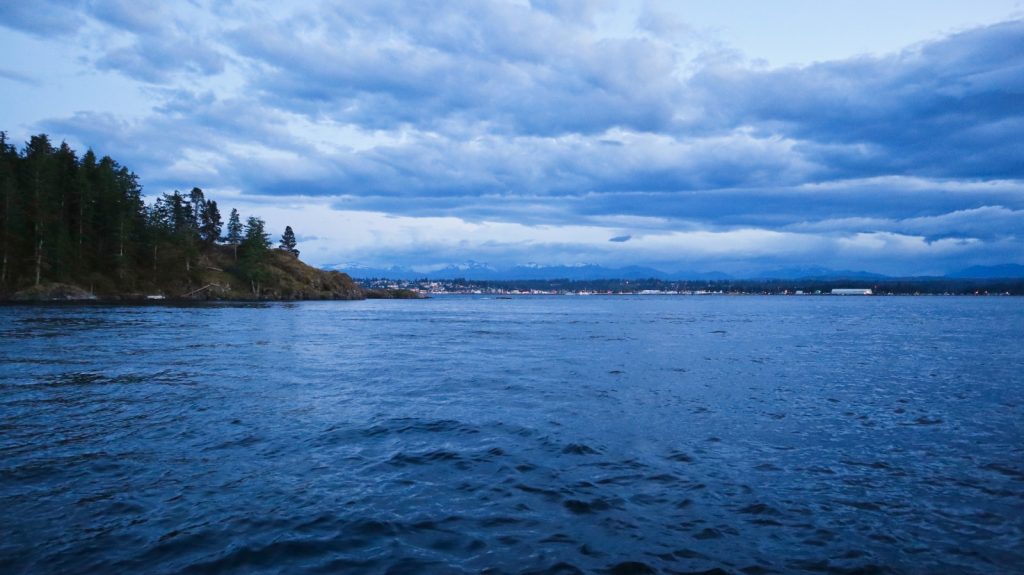