12 hours is what it took. 12 sweet hours of undisturbed sleep. I haven’t slept that long ever in my life. We woke to a bright and beautiful Canadian cove right outside our salt coated portlights. Bald eagles were soaring above the green pines on shore. The very land that we could not legally set foot on. Life was certainly feeling better this day but there was still a lot of uncertainty in our immediate future. 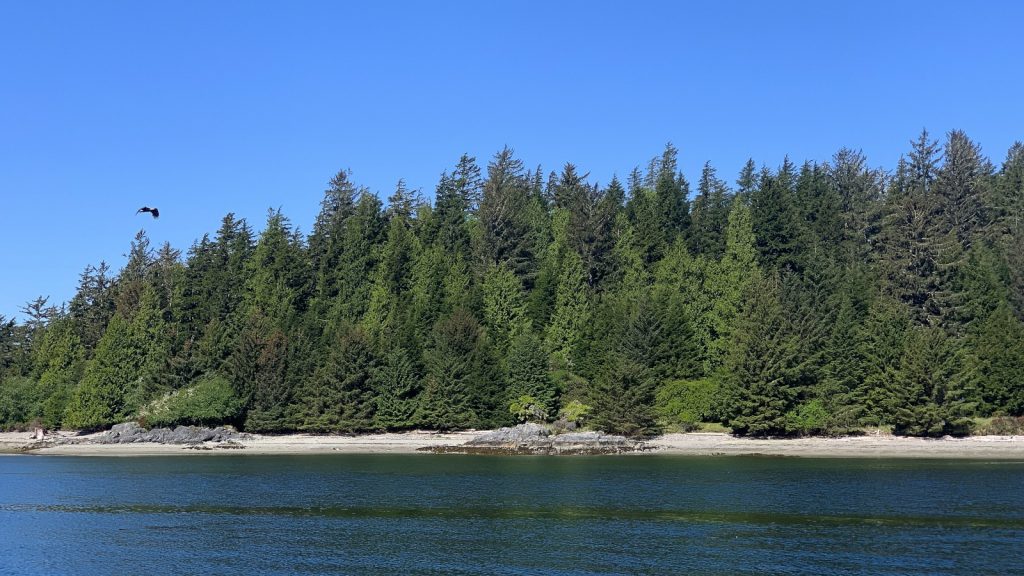 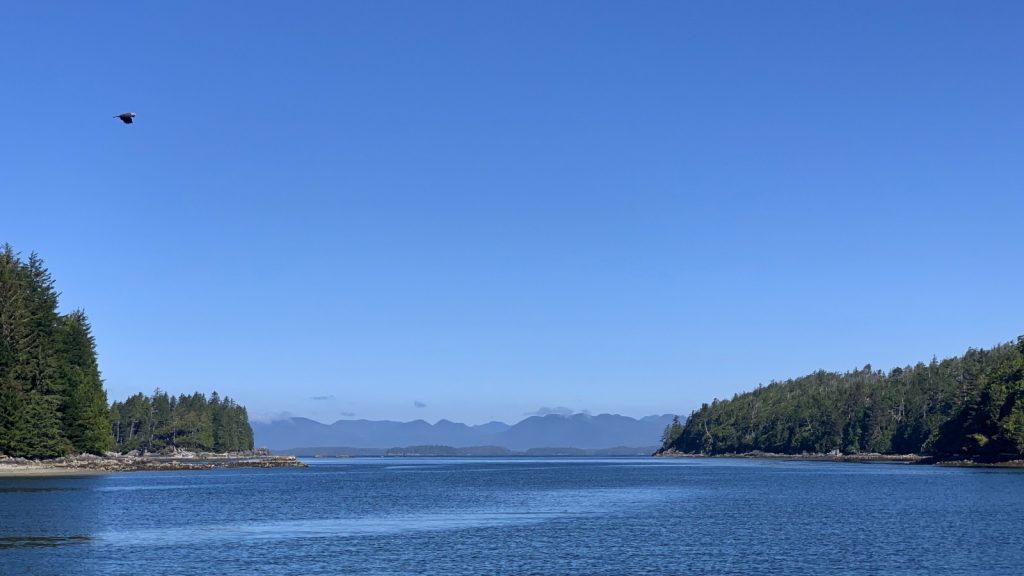 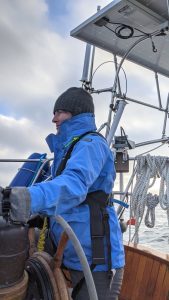 I think there may have been some miscommunication. Obviously. When I phoned into Canada to request safe harbor for a single night, I was not looking to check in to the country, just to nap and move on in the morning. I thought I conveyed this notion, but who knows what was coming out of my mouth after nearly 30 hours on watch. When my request was approved with a “give us a call when you drop anchor” I didn’t realize what I was getting into. The anchor was dropped and I made the call only to start the entire check in process (once the anchor touched soil, we had to check in). Unfortunately, part of that check in processes is declaring certain items that are either a) not legal in Canada, or b) not legal to transport into Canada by non-citizens. Items that we did in fact have onboard. Because, you know, we were not supposed to be checking into Canada at any point during this passage. Items that I was now legally required to declare – and I am the law abiding type of person, even if it would have been easier to simply lie.

The result of my declaration was that we had to report directly to the customs office in Victoria, quite literally on the other side of the island and almost exactly where we came from just days ago. To make matter worse, we were to report to Victoria without any stops in-between. Wh-what?! That is nearly 100 nautical miles, half of which would be right back through the batt-shit-crazy waters of Juan De Fuca. That is 20+ hours of straight motoring (one simply doesn’t get to sail up or down the straight) through the very same wind & current choked waters we just dealt with. This was not just a huge task to pull off, it was damn dangerous.

The following morning, after the long nap, I got back on the phone with customs. Kerri and I both spent the night worried about the boat being impounded or one of us being arrested or fined. Heck, I had even already looked up the phone number to the American Embassy. The supervisor assured us that we were not in any trouble and was seriously going to bat for us. He traded phone calls between us and Victoria, agreed that the original plan was too dangerous, and eventually negotiated a reasonable solution; our AIS tracking system would be proof that we left Canadian waters. Our check in to America (yep, we had to officially ‘return’ to America) and it’s official number-do-dads would guarantee that our contraband items returned with us, exiting Canadian territory. This allowed us to break that 100 miles up into manageable chunks. Chunks that could be done in between bad weather and opposing currents… and with appropriate sleep. We were not only relieved, but extremely thankful to the Customs agents in Canada. Repeatedly we questioned if we would have gotten this same treatment from our own government… oh, who am I kidding, of course we would not have! I said it multiple times that morning, “I’m going to have to stop talking shit about Canada… they are just great people”.

Later that morning we motored out of our protective cove, in aw of our surroundings. I truly wish we could have toured our way up the island. The scenery was second to none. There was no wind this day, this close to shore. Out there, to our right a few dozen miles, was a raging wind storm – the very one we ran to Canada to avoid – or so said our weather apps. It was slated to chase us down through out the day. We stayed near shore and slowly crept towards Neah Bay. It took more than eight hours, but we arrived at slack tide, dropped anchor in Neah Bay again, and celebrated by polishing off a bottle of Prosecco before falling asleep with the sun still fairy high in the sky. The following morning I was able to check in to America over the phone (they were expecting us) and reported the entry confirmation back to Canadian Customs. All was square in the world. International crisis averted.

We spent another full day and night in Neah Bay. Not only to rest more, but that storm that we ran from was now right on top of us. We were not going down De Fuca in that craziness. Crazy plus more crazy just ain’t our thing. It would blow over through out the day and leave us a calm window the following morning, at 5 AM. We took that opportunity to, once again, motor ten and a half hours to Port Angeles. We have just returned to the same port we left eight days ago.. battered and ego-bruised. The boat exterior completely covered in layer after layer of salt. The interior in shambles from a week of living on the go or dead asleep. I was happy when Kerri agreed to anchor off the public dock instead of returning to the marina. I really didn’t want the locals see us returning. The shame was strong. 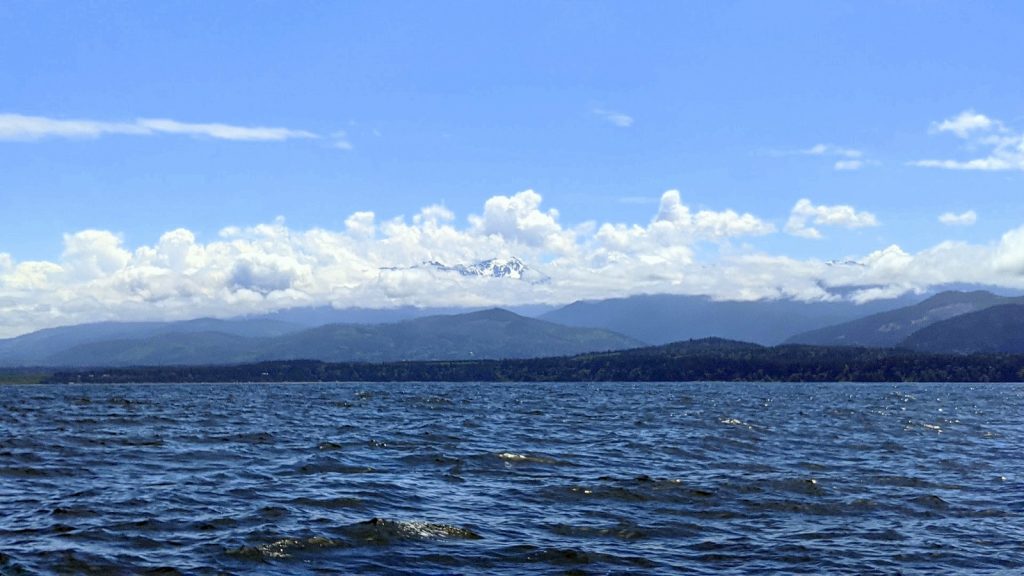 Just one more day of travel remained; to cross Juan De Fuca again to get back to the San Juan Islands. This would take place the following day – mid day at least – with no drama to speak of. Luckily we did get to turn the motor off for a portion of the six hour voyage. I even began to feel the joy of sailing again – it helps to actually sail, not just motor. Anchored off San Juan Island we have begun to lick our wounds, order a new fridge, and start working out the logistics of taking the inside passage up to Alaska in a few weeks, like reasonable people. 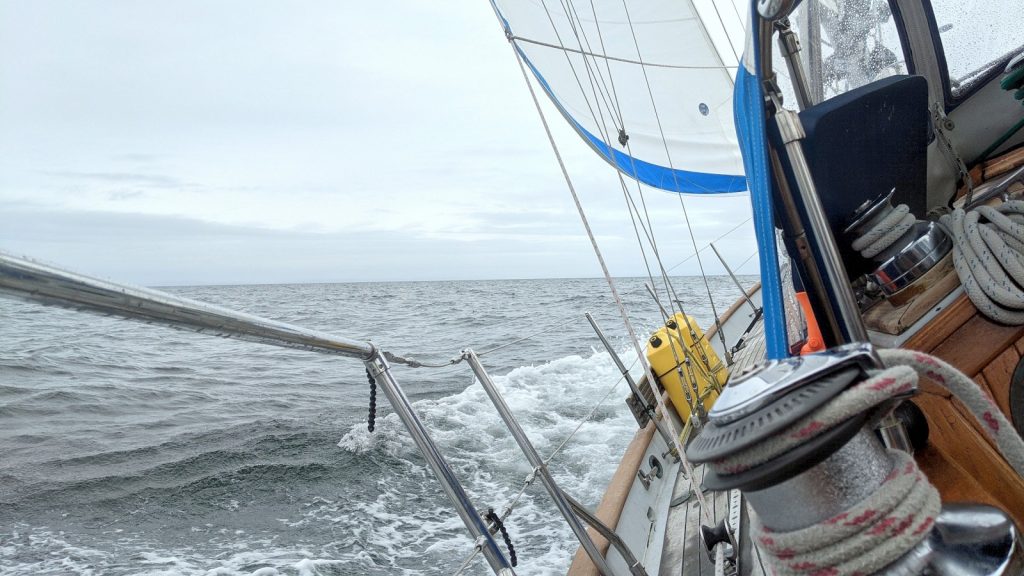 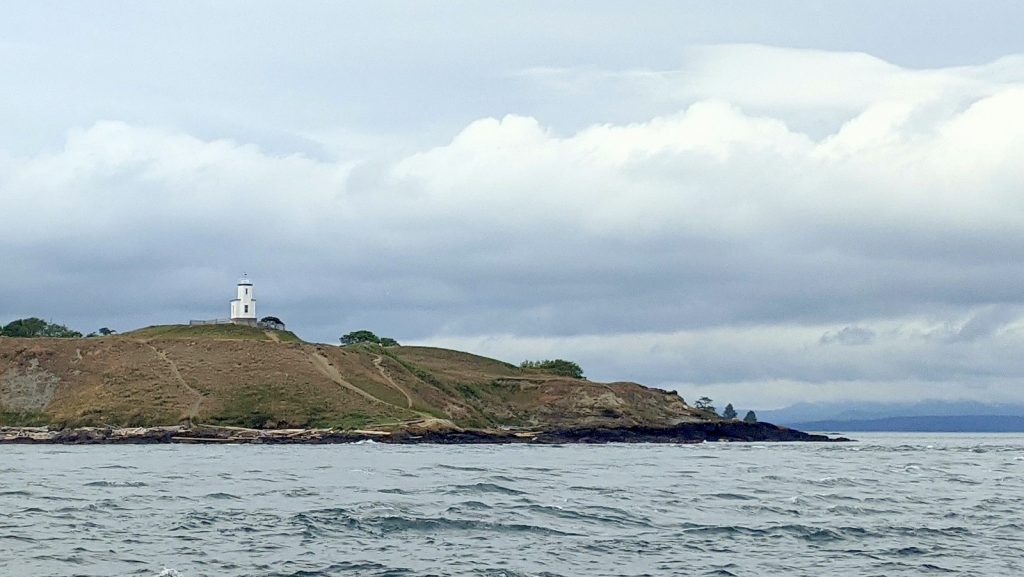