Only 8 hours to travel 20 miles

Well, our 2021 sailing season has officially begun. We slipped out of the marina at 1 PM on Sunday waiving to our neighbors who stared in disbelief that we were leaving them behind. I felt no guilt in it. Kerri and I planned to make a 20 mile sail to one of our favorites spots to drop anchor – Port Gamble. If nothing else we looked forward to some quiet time in a well protected bay without the squeaks and groans of the lines tied to a dock. The wind was was headed that direction as well. 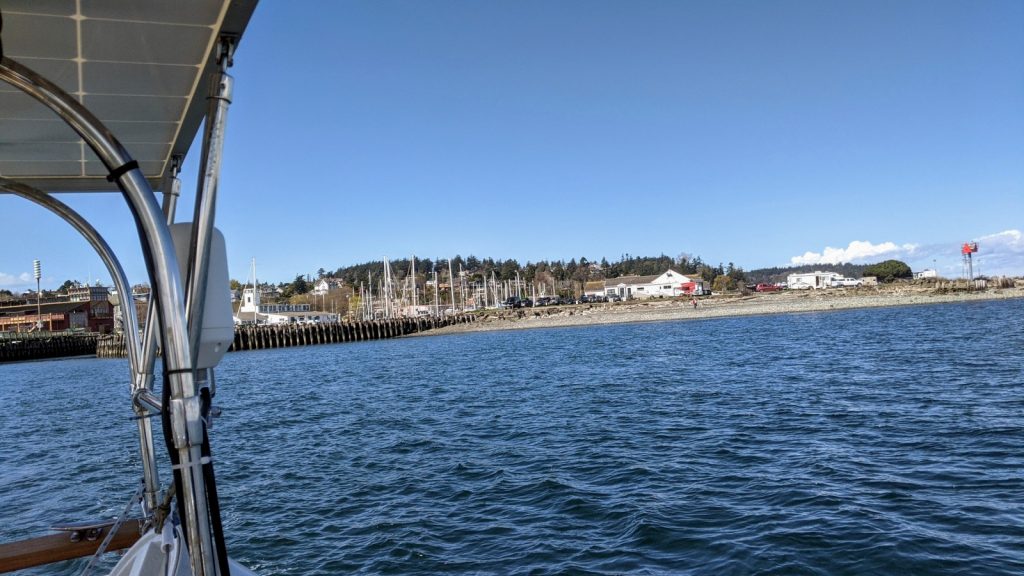 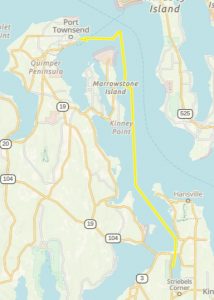 Barely outside the break walls, Kerri and I fell right back into our sailing rolls. She was busy cleaning up all the lines and fenders while I put our new crew member to work. The newly installed autopilot was tasked to hold Meriwether’s nose to the wind while I raised the main. Once raised, we our stern to the wind and pulled out the jib-sail for the first time in over a year. It was good to see the big foresail again. We had it packed away for 2020 as some of the stitching was coming undone and we were unable to get it repaired thanks to COVID. It got a make over over the winter and was ready to be put back into service.

We had good wind in the early afternoon, but it was forecast to slowly die off as the evening approached. The unfortunate part was the 3 knot opposing current keeping us from making any ground. We had good speed-over-water but our over-ground speed was a slow walk. The tide – and current – would be against us until 6 PM, but we were in no rush and had no where to go but our own destination. Five hours later, after some brilliant maneuvering to keep the wind in the sails and our boat out of the big-ship-traffic’s way, we were approaching the southern tip of Marrowstone Island, our mileage-mid-point of the trip. 10 miles is all we had traveled. We could have walked faster… but it didn’t matter – we were sailing! 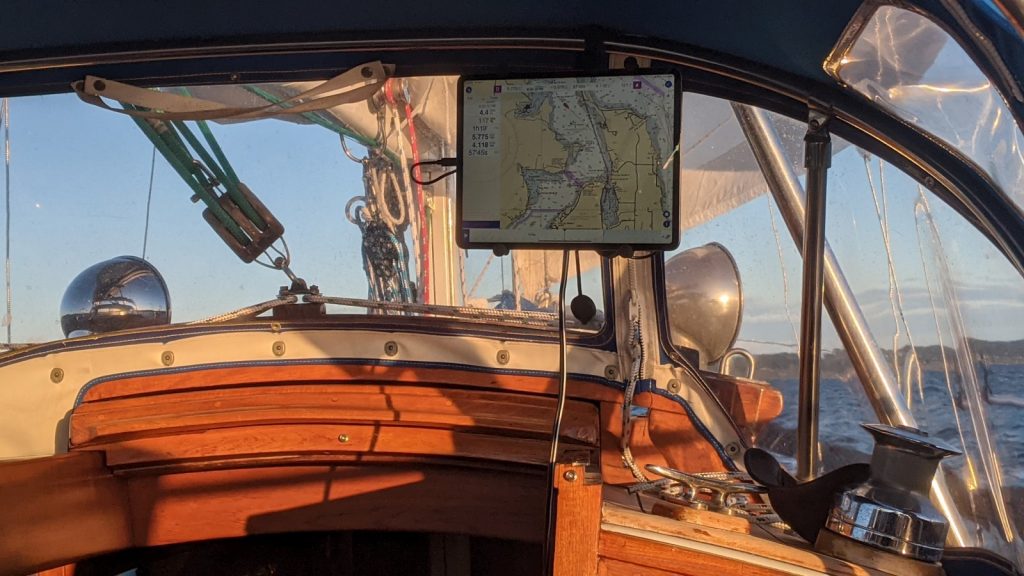 We took shifts, with only one of us staying in the cockpit at a time. This, to force ourselves out of alert mode for an hour here and there making the entire day a whole lot more relaxing. It is also good practice for us with the upcoming multi-day ocean voyage to get to Alaska. For the person remaining on watch this has gotten a whole lot more relaxing with the autopilot. We are now able to flip a switch and Meriwether will hold a heading – point and shoot style. We still need to watch for any wind changes, but the boat sailed itself the majority of the day.

With the current running in our favor for the second half of the sail it took less than three more hours to complete our journey. Fair winds stayed with us into the evening. The sun had already set as we were arriving to Port Gamble, but we know the place well. We have sailed through the entrance to the bay in our past, and we have arrived at night before (under motor), but never have we sailed in at night – challenge accepted! With Kerri at the helm we passed right between the markers, slowly gliding to a predetermined point – where a great trailhead awaits – to anchor. There, I furled in our trusty Jib (the main sail being packed away hours ago), pulled a hard turn to the starboard to push upwind which slowed the boat to a stop. Just then Kerri lowered the anchor as the breeze gently pushed us backward, setting our anchor and finishing our first sail of the season. “It took only 8 hours to travel 20 miles”, I said – heavily seasoned in sarcasm. 22 miles actually, over eight hours of sailing with the motor used for 20-ish minutes. Yea, that’s the way to start the year. 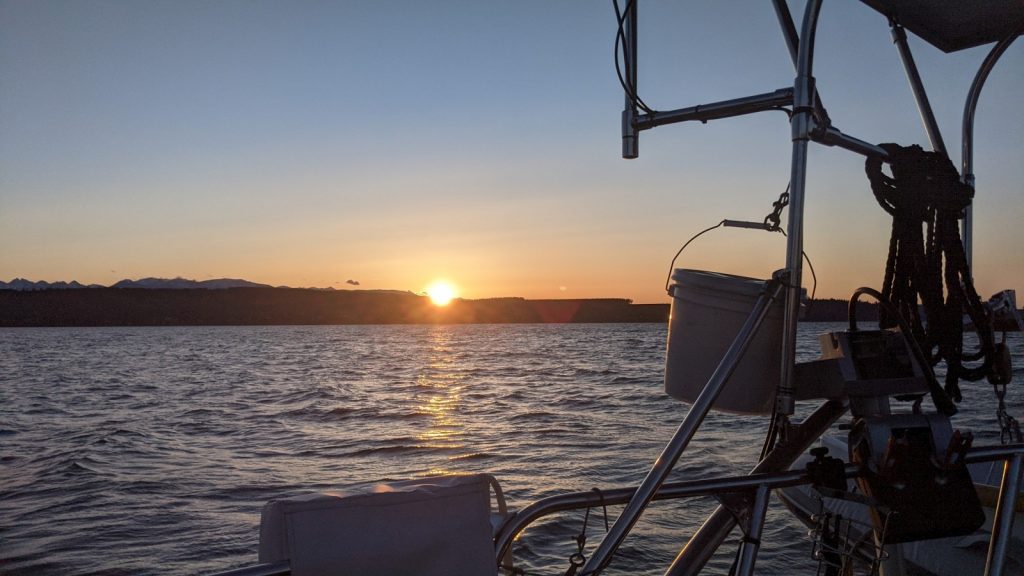