There I was in the marina’s dumpster area, taking the trash out of course – I don’t just hang out there without reason – when a soft spoken woman asks me about the key code for the gate to access the trash receptacles. Now, normally I would simply offer the requestor the advice to talk to the proper person to gain such knowledge, but I could not think of a single way this person could do harm to the dumpsters. I mean, she wasn’t going to be pulling up in a truck to dump a load of household trash… surely not her. So, after playing out all the scenarios in my mind I broke my rule and told her the code. She thanked me and introduced herself as Carol Hasse. I gasped – this is one of the most respected sail makers in the United States. I quickly laid the charm on as thick as I could for the few minutes I had her attention before parting ways.

Spend any significant amount of time sailing on the west coast and her name will always come up as a top sail maker. Mrs Hasse has been making sails since the 70’s (video about her) and it is her sails that we wanted on our boat. In late 2019 she had announced that her Port Townsend Sails shop was up for sale and her retirement. She had stopped taking any new orders for sails, already booked a year or more into the future. Kerri and I were bummed, as we knew we would re-sail Meriwether before we took to crossing oceans and Hasse was the only brand on our list.

Just the week prior to this dumpster meeting, the Port Townsend Shipwrights Co-Op (where we did our bottom paint last year) had purchased Port Townsend Sails. We had a spy amongst the Co-Op who told us the news before it was public, so immediately called in to be put on a list if they chose to start taking orders again. Not two days after giving out the dumpster code Kerri got the call. Thanks to my prowess in random dumpster encounters (so I like to think) a new Hasse mainsail will call Meriwether’s mast home, and we will have it before we leave PT at the end of March.

February also brought my woodworking projects to a close, with the last big job being the replacement of all our V-birth bed slats. Not that the original ones were in bad shape, but that we wanted to reconfigure them to make accessing the storage under the V-birth easier. With that complete I have finally been able to start on the engine work. 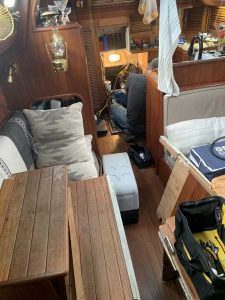 Ever since my early 20’s I’ve enjoyed working on old motors and our Perkins is right up my alley. I had a short list of maintenance items to do at the beginning of the winter, but after some exploratory surgery the list grew quickly. We had the time; 6 weeks to do a week’s worth of work – perfect! As with any project on a boat, you take what time you *think* it is going to take and multiply it by four – then double it – and you have a realistic time it will actually take to complete. 6 weeks is do-able. This happens to be the same formula for the cost of a project as well.

At the start I was only going to fix an oil leak, adjust the valve-lash, replace the consumables, and give it a good cleaning, but upon finding rust on our push rods they were slated for replacement. And, if one is going to replace push rods, one may as well replace the valves and springs too. As luck would have it all these parts were dirt cheap and easily found online. It pays to have a motor that has been in use all around the world for more than a half-century. I got straight to removing every external component – down to the bare block – and stripping them down for a fresh coat of paint while we waited for parts to arrive for the cylinder head rebuild. Two weeks in now, I am more than half way though the entire job. If all goes well, by this upcoming weekend, we should have a working motor that is going to look and run better than it has in years. 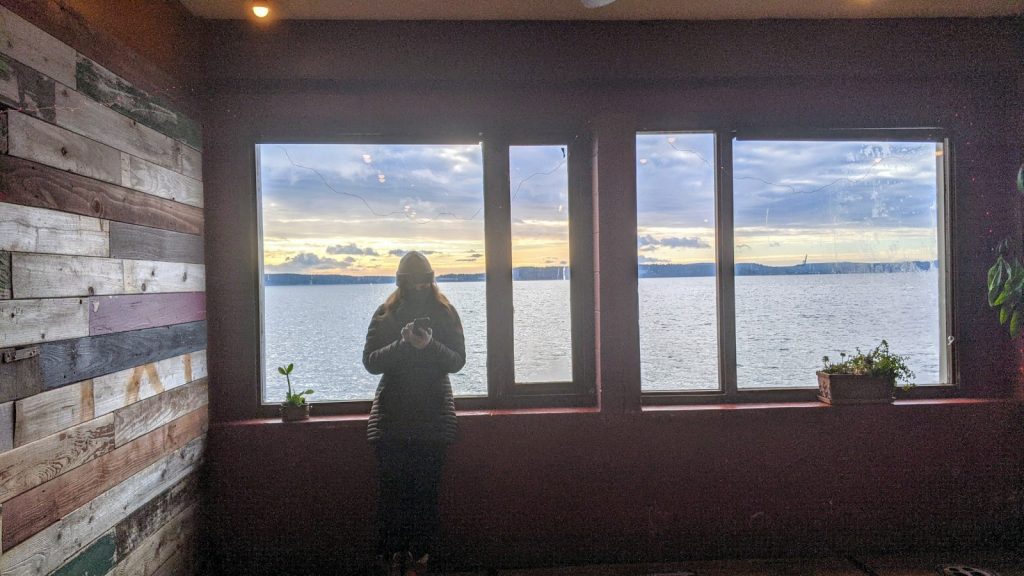 With milder weather we walk into town for coffee-seconds in the mornings.

Although the weather has been gradually getting better and better with each passing week, we did experience our coldest temperatures since our arrival in PT. So cold it got we even had our first-since-starting-boat-life snowfall – with roughly 6 inches blanketing us when we woke that morning. It was all washed away by the following day, but Kerri and I took advantage to get out for a walk at it’s peak. It is at this point that we begin to realize just how great it is not to have any deck leaks currently (they will come again, for sure). All the relentless caulking, sealing, and bung replacing over the past two years has paid off. We stayed warm and cozy even though the mercury outside was in the low 20’s. 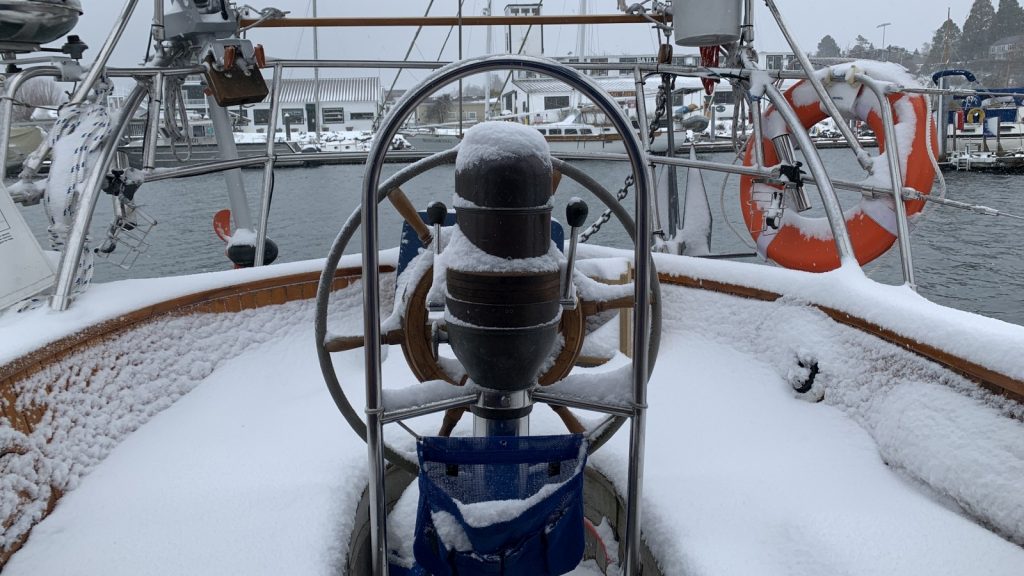 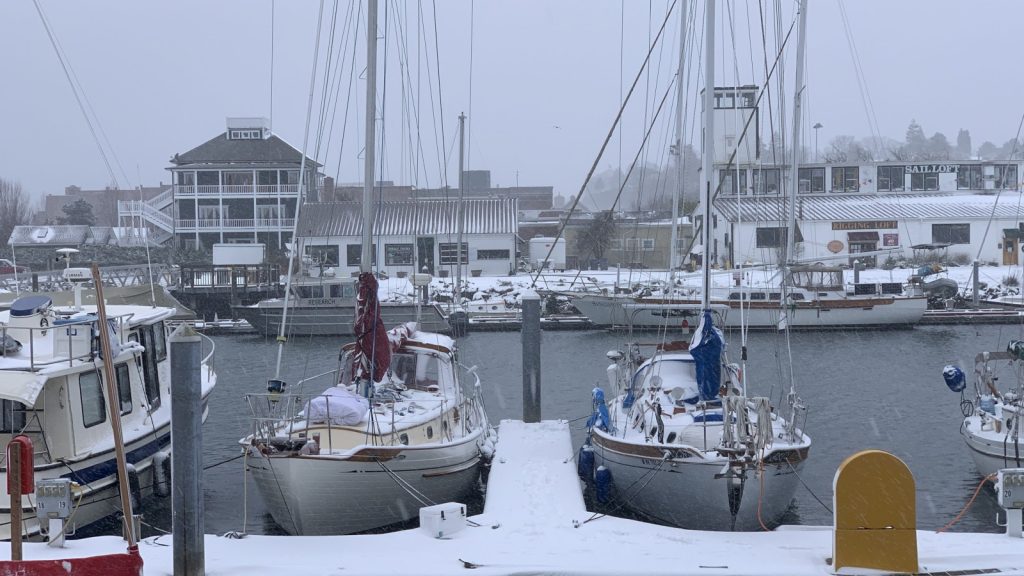