With the clam season open – Kerri with license in hand thanks to our stop in Ludlow – and a huge trail system nearby I knew this was going to be a week of early starts and some proper exercise. Kerri isn’t known for her early rising, but something about bi-valves and fungi would get her moving this week. And with perfectly timed low tides, we were out and about each morning for a bit of beach exploration and sandy adventures.

Some of the days were spent just on shore from our anchored boat. Kerri, with bucket and clam-gun in hand, would set out in search of oysters, clams, and geoducks. They were not very hard to find, and their complete lack of ability to escape made them pretty easy pickings. From my outsider perspective, the most difficult part of the whole ordeal was pulling them out of the sand, which they seemed to be pretty well wedged in. Kerri would huff-n-puff, eye roll, and sigh for five minutes while digging up the biggest clams I have ever seen. I never knew they could get so large. I could not assist during all the drama as we had only a single clamming license between us, which meant only one of us could legally do the clamming. That was all fine by me, as I had no interest in digging in that filthy sand, nor touching those filthy things. 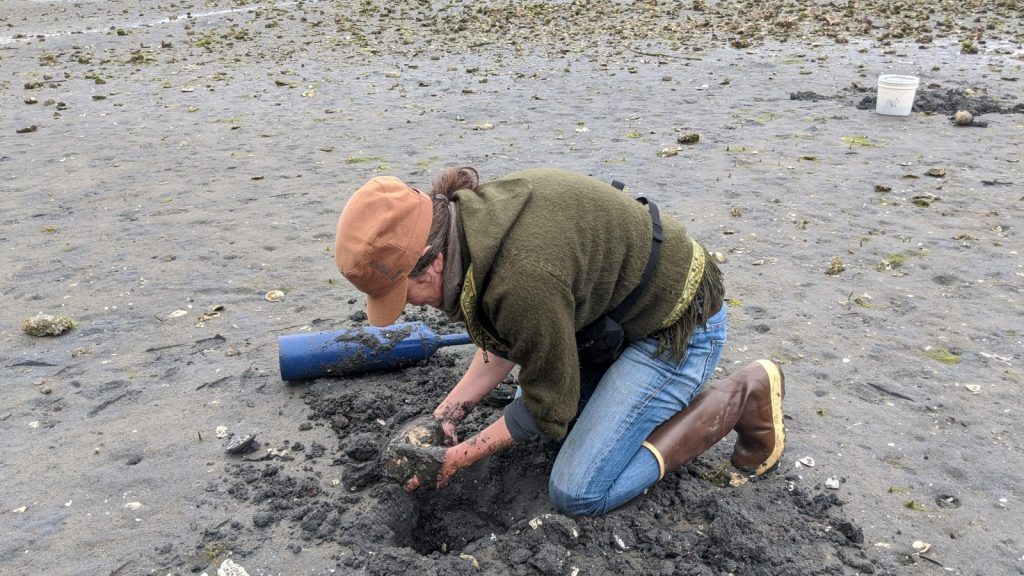 Honestly, I can not understand why anyone wants to gather clams or oysters. On my scale of edible animals on this planet I already steer clear of bottom-feeders like crab and lobster. Clams feed from even lower – disgusting! Kerri though… 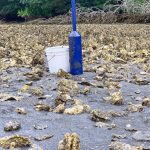 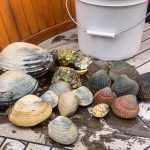 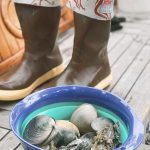 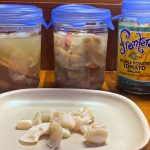 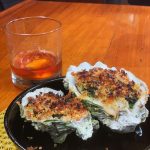 I did find some entertainment during my time on shore while Kerri dug in the sand. Once I spotted a few my eye could find the telltale signs of the hundreds clams at the surface without much difficulty. I armed myself with a good poking stick and set about playing a gut-splitting game of whack-a-clam. Seriously, the reactions one could get from startling a clam is almost as much fun as spooking house cats. Sure, clams do not jump as high, but the water spitting action as they pull away does go just as high if you poke them right. I had some really bad ab cramps from all the laughing after one day. 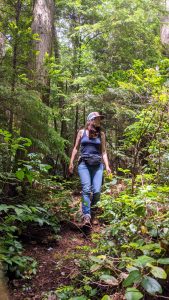 On the days we were not on the beach digging up poor defenseless bi-valves and tearing them away from their families to be cut up and eaten, we were further inland attempting the same to poor defenseless fungus. Just across the highway is the Port Gamble Forest Heritage Park and it’s many miles of trails. Kerri, Moose, and myself hiked around these trails when we were here last year and there was an abundance of berries and mushrooms just waiting to be gathered. It was just Kerri and myself this time, but we set out to find the patches of fungi she had marked on the map in hopes of scoring even more foods that only she will consume, as if we didn’t already have jars and jars of clams now. Nevertheless, we hiked around for miles through beautiful rain-forest landscapes mostly only finding tons of berries, which we did pick our fair share. It wasn’t until the last day that we checked in on one spot that she had marked and found a nice stash of mushrooms for her to gather. Like a good percentage of all fresh foods – and 100% of all fresh herbs – that come on our boat, they will die a slow death in our fridge over a few days, uneaten… (yep, just checked and they are still there six days later and looking pretty darn nasty). Kerri did make a fine coffee-cake style thing with all the huckleberries we collected though. That was yummy, so I will give her that one. 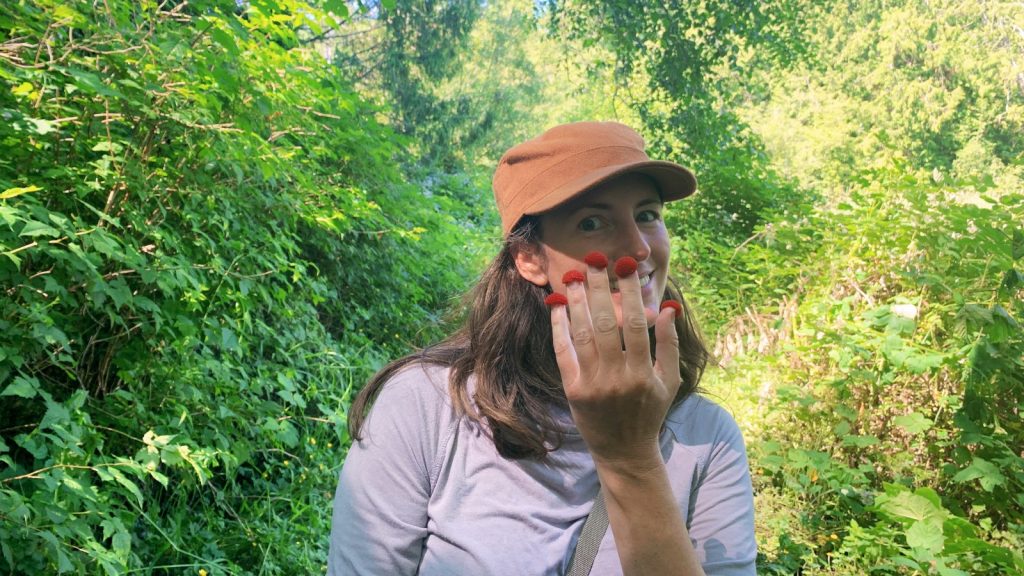 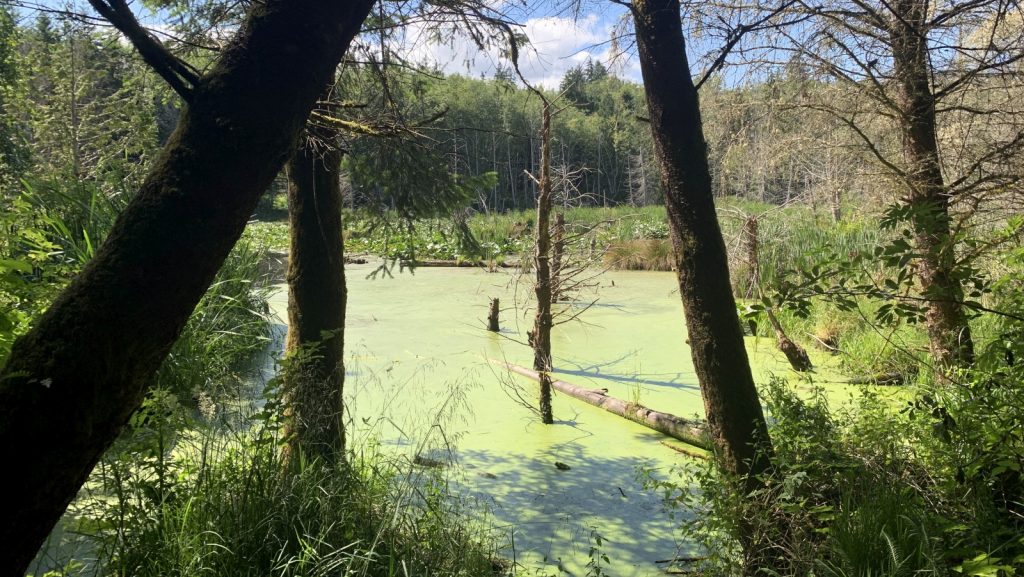 Fourth of July came and went while we were anchored here. Surrounded by the Port Gamble S’Klallam Tribe tribal land, neither of us expected a whole lot of ‘Merica celebrations, but there was some serious fire-works to be seen that night. Ironically, only [people of] reservation land had the ‘freedom’ to use personally owned fireworks in the state of Washington. The ‘American’ part of the state was forbidden by law from using (or possessing) any such fireworks. What ever… the moon kicked major ass that night anyway. 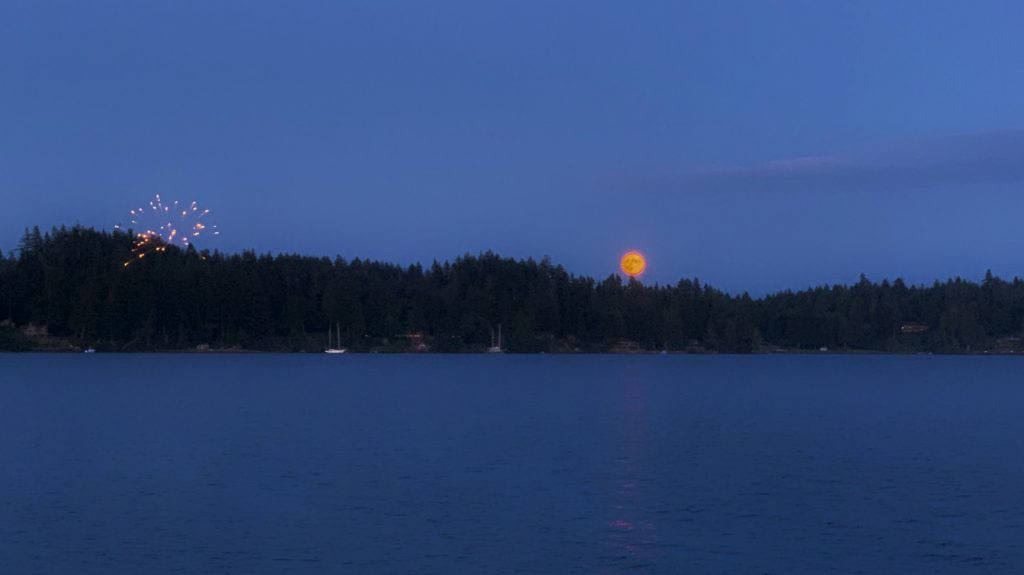