He is from Canada

After a week spent in a marina we were both ready to get back out and away from everyone. Not that there is such a thing in July in the San Juan’s, but at least we could only have a dozen neighbors instead of a hundred. The destination for the work week was only a few nautical miles away, just on the other side of Lopez Island. As is usual for us, the wind would not bother to play nice on the day we left. We did get a small amount of sailing in early, but within a mile it had died off and we were the only boat on the water with sails up. So, the sails were lowered and the motor started for the final three quarters of the trip. Once we neared a half mile from our destination, the wind made sure to return in force just to spite us. What the hell wind… What. The. Hell? 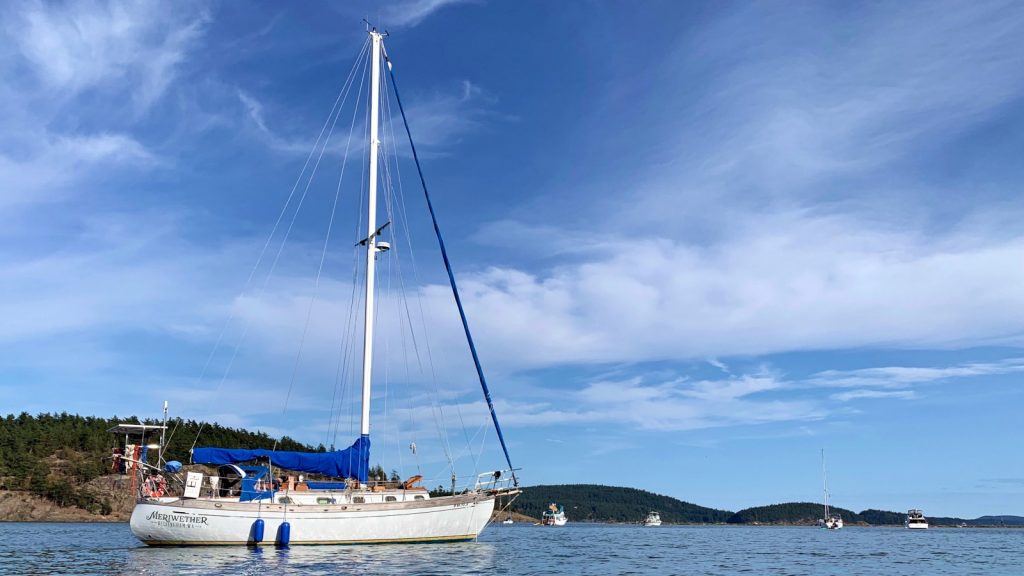 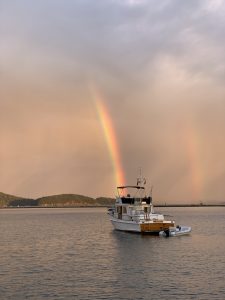 Spencer Spit State Park is where we came too. It wasn’t the most scenic place or the most protected from the wind, but we would have trails to explore and a peaceful work week on the water. We were the first boat to anchor in the bay – the others there before us taking up the mooring balls. I had thought we anchored far enough away to avoid being cramped in by later arrivals, but not so much. The name of the game seemed to be how close to the bow of Meriwether can one anchor without causing an actual collision. It all seemed so unnecessary, but whatever. When Kerri talked to one of the close-neighbors about the epic rainbow coming to a conclusion on his boat, his only response was simply “I’m from Canada!” 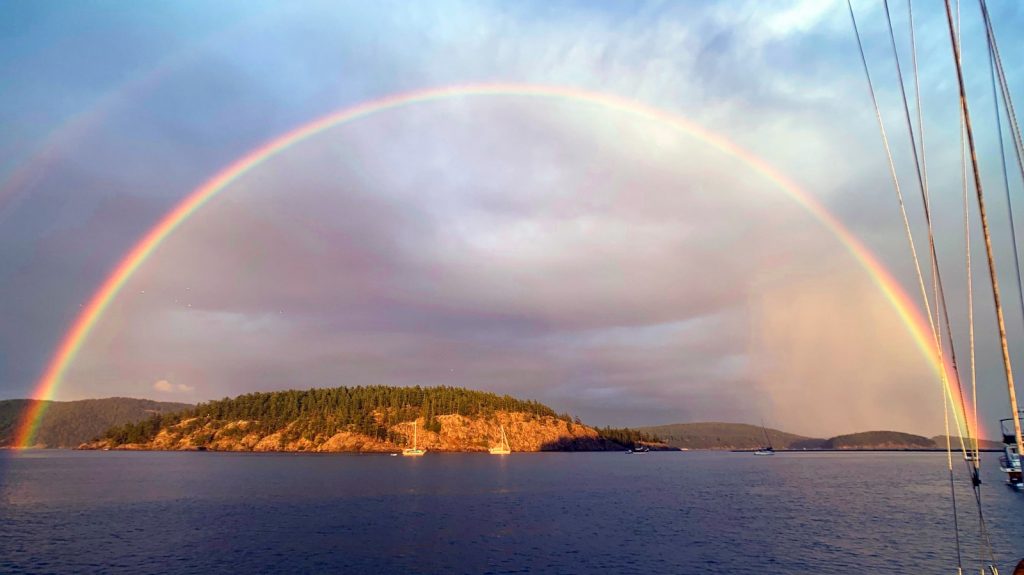 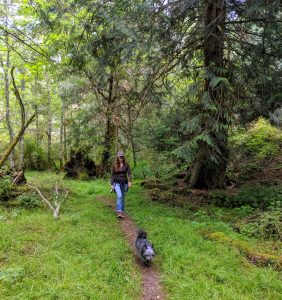 We took only one walk to the end of the spit, where families were playing in the water and picnicking.  Then up to the State Park campground where we ran into the camp host and his wife – obvious full time RV’rs with the South Dakota plates – who gave Moose a bag of bite sized treats left behind by previous campers. We chatted for a few minutes before continuing down the trail back towards Meriwether, sitting pretty in the bay. 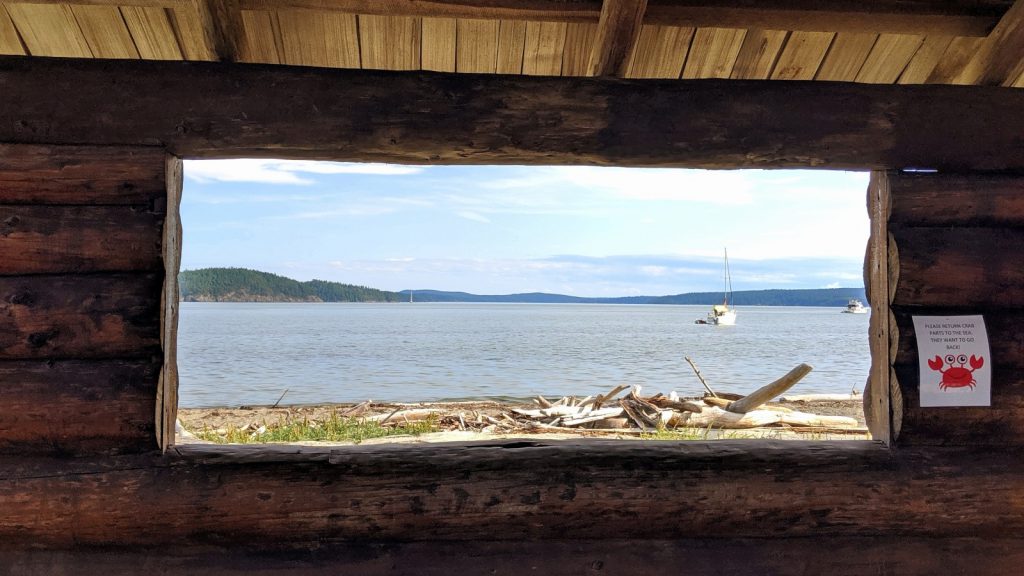 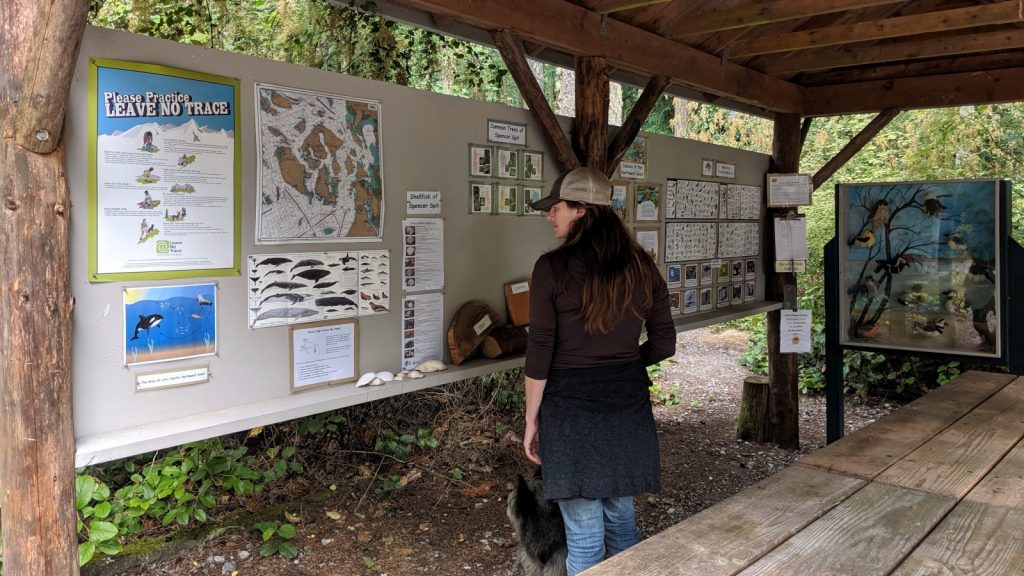 We even got our first foggy morning since taking to this sea-life. Personally I thought we would have so many more than this, but I can’t complain. I’m not ready to start sailing in the fog. Motoring our little dinghy to shore with Moose in the fog? Easy – peasy. And in the evenings we were rewarded with some spectacular sunsets. 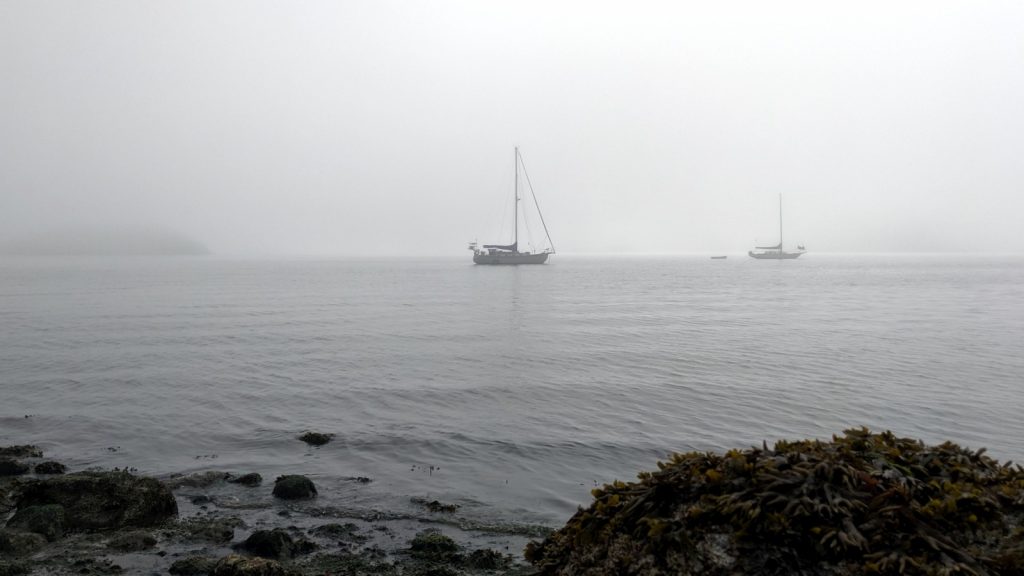 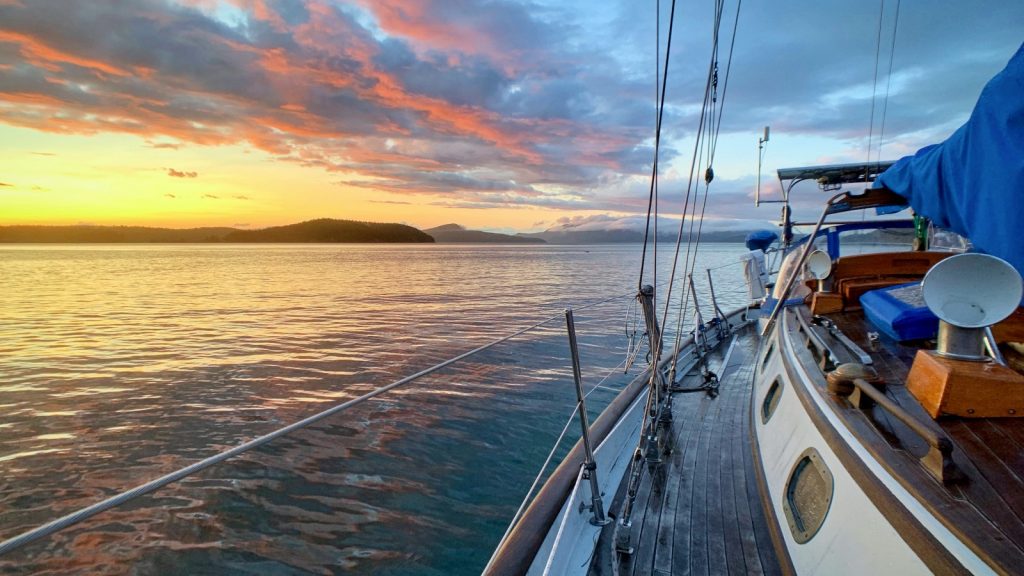 “I am from America!”