Bellingham days coming to an end 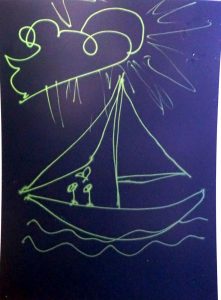 It has been six weeks since arriving in Bellingham. Six weeks is an extremely long time for us to be stationary – matching the longest time in our four years together; six weeks during the van rebuild back in late 2017. During these weeks neither of us have taken any time off – just hammering through as much work as we can do before our departure date (which now stands at June 1st). Literally, every single day we go to bed with muscles that are too sore to continue.

Wake the following morning with muscles that are still too sore, but we get out of bed anyway to start another day crawling into tiny compartments to install the next project. I complain, but the reality is that we now have a fridge. We now have completed the 12 volt and inverter wiring. We now have many a rebuilt vital components, both on the boat and on the motor. It has been productive at least.

We have seen the season properly change from winter and it’s 24/7 dreariness, to the blooming of the trees and flowers of spring. The changed happened so suddenly that it was quite a shock. Very much like going from a black and white television to technicolor. Of course, we have welcomed the change and the subtle mood change that it brings. Maybe it is spring time or just that the todo list is getting smaller and smaller, but things are looking a bit brighter each day. 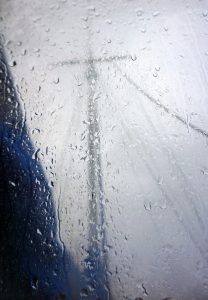 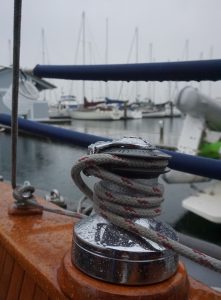 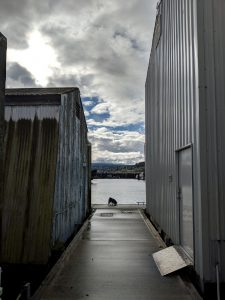 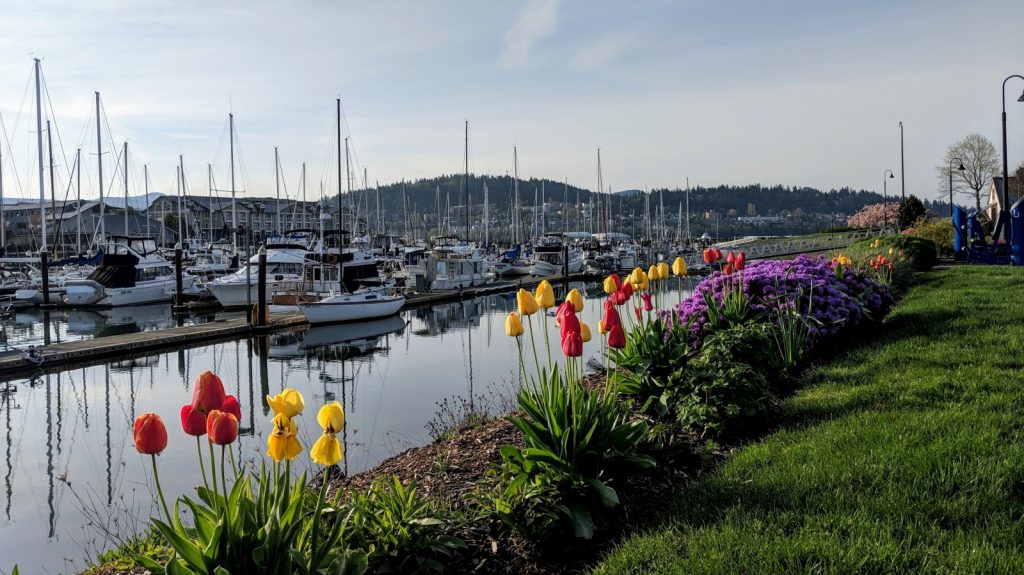 Poor old Big Blue has been cleaned out and put into storage on the other side of town. There was a lot of debate on what to do with the van while we sailed. Eventually we opted to pay for a covered storage spot (it rains too much up here) so we could come back to a hopefully-not-moldy van in November to possibly head out on another road trip to avoid the brutal winter. It’s tough seeing Big Blue left behind, but then this is probably the most luxurious storage space he has ever had… roof and all. 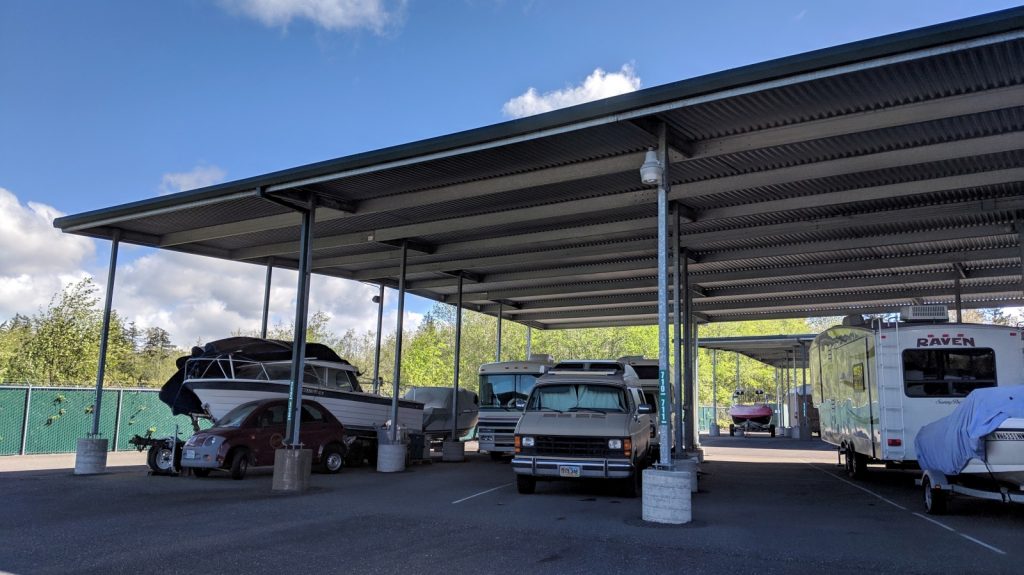 We have used the clearer weather to start getting outdoors again. Just some short hikes in the local parks, but we all were in desperate need of some activity other than boat work. Bellingham has some great parks, and I must admit they do not have their collective heads up their ass either. They know what dogs need and supply areas – and trails – in which dogs are allowed off leash. They are clearly signed, both in and out, for those that want to enter or keep out of. Moose loves those areas of course, finally getting to run out some of that extra energy he always seems to have. 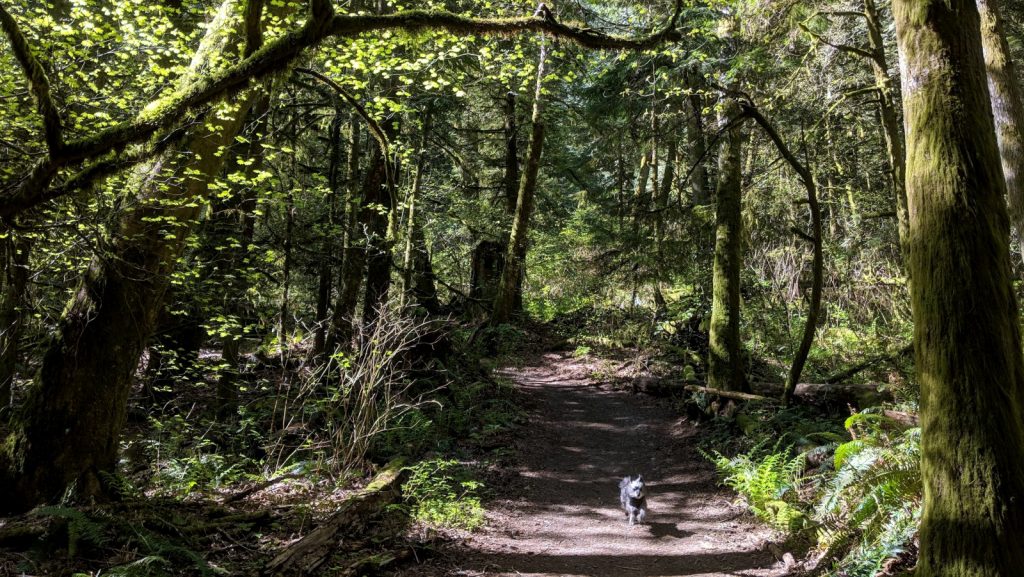 To mark the start of the sailing season a couple weeks back, the local yacht club hosted a swap meet here in the parking lot. We happily took part to rid ourselves of items that were no longer going to be part of our lives. Both kayaks were sold as well as all their equipment. The honda generator would no longer have a use (we do not want to carry gasoline on the boat). Even the diesel heater from the boat found a new home as we work on replacing it with the new wood stove. What didn’t sell was donated, clearing out tons of dead weight in our lives. We didn’t come away empty handed though, finding more than a few items for the boat at great prices. 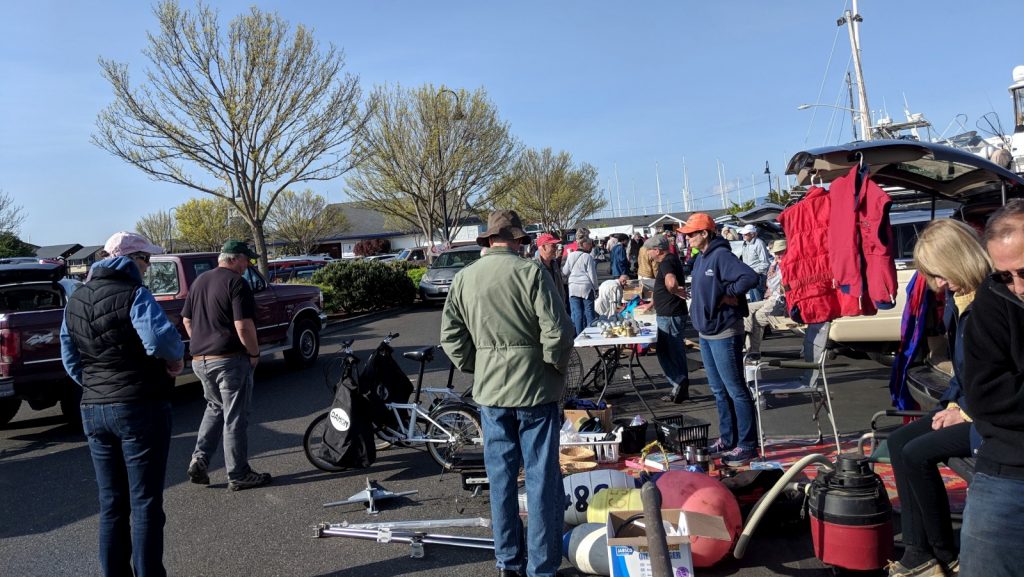 Two more weeks is all there is left for us here in Bellingham. We leave, to live like Kevin Costner (it won’t be my last Water World reference, get over it) on the high seas… well, on the Puget Sound at least. In these last remaining days we get our solar rack so we can finally add our new solar array. And we can finally install the wood stove after having the pros cut a hole in our cabin top for the chimney. Two final big projects before we head out. I can’t wait.