The entire past week has just been crap weather. Not that it was unexpected for this time of year in the Pacific North West, but I’m not accustomed to all this dreariness. Kerri has been hard at work – this being her busiest time of the year – while I have continued tinkering away at odd jobs on the boat, like replacing the old kitchen faucet with a new one. I don’t think I have ever publicly expressed my disdain for plumbing work, but let it be known… I hate it! It took a few days, and few trips to Home Depot, and a decapitated thumb, but it is finally in place and not leaky. You may as well get use too seeing me half-inside some compartment as it appears it will be the norm on this boat. 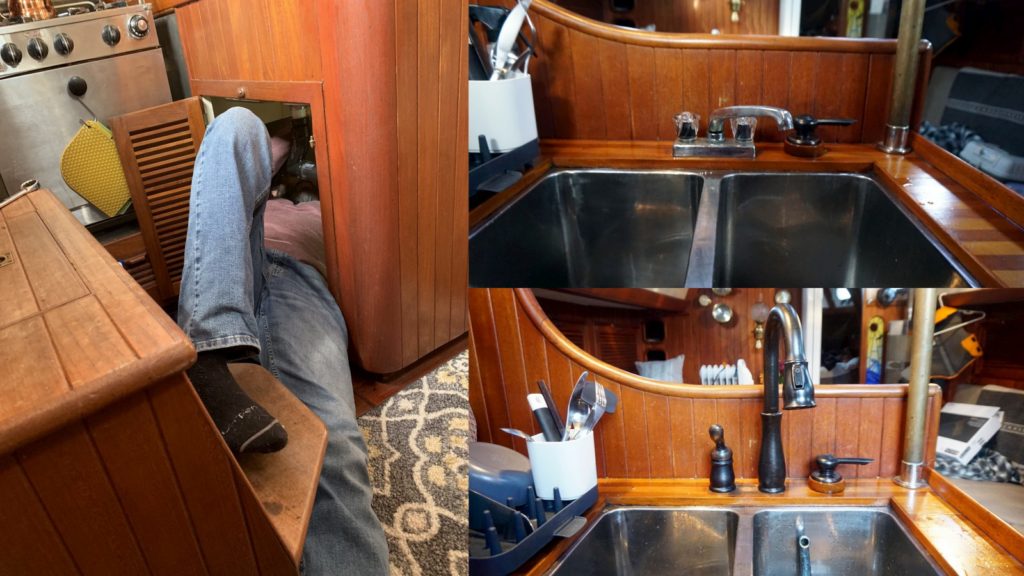 We were lucky enough to have two days of not-rain (amazing, right?) allowing me to finish sealing up all (or what I thought was all) the leaks up on the deck. During the first two days of rain that followed no drips occurred, but on the third day a new leak appeared in a fresh location solidifying that this will be a never ending task of finding and sealing up deck leaks. 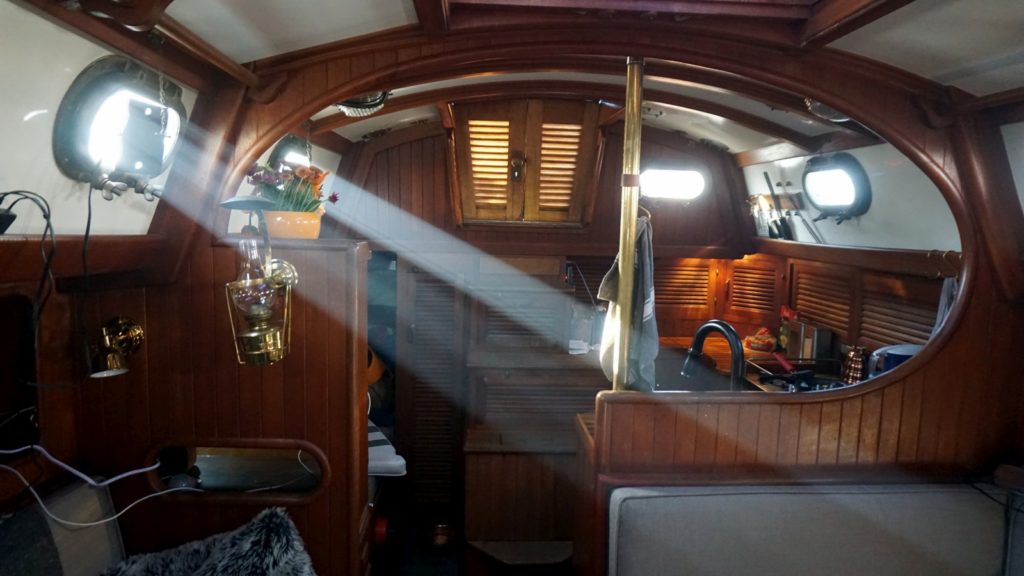 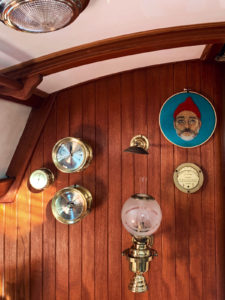 The cold and rainy weather has prompted us to live differently. Although we have two heaters on board, neither is doing the job of keeping us warm. The electric heater is simply too small to heat the large area of the cabin, but we keep it on anyway to get whatever tiny degree of comfort it provides. The boat’s diesel heater – which we though we fixed last week – has proven to be too temperamental to use [safely]. See, when it’s gets fussy (and it does too regularly), it ignites the fuel improperly and fills the entire cabin with thick black smoke. Since it doesn’t simply just turn off, we have to wait the five long minutes for it to burn itself out of fuel to turn it off… all while it smokes away. We got one evening of heat out of it before it’s temper helped us decide to just ignore it completely. So, to remedy the cold Kerri has found this brilliant product; flannel lines pants. She loves them. 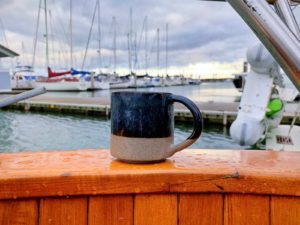 We are coming up on four full weeks on the boat, sitting still in the marina. We are both pretty itchy to get nomadic again and now have a definitive date to do just that; Dec 10th. On that day we motor the boat to the other side of the marina and she gets pulled out of the water again for a few repairs by the pros. We will move out of the boat, back into the van, and start our 2019 travels by heading south and out of this miserable weather. It’s all damn exciting!