Quite thankful that the ATV camp did not run all through the night, a good nights sleep was woken from and we set our sights on arriving to our first big-town since leaving Juneau, three weeks earlier. Neither of us had showered during those three weeks, although the recent hot springs did help remedy some of that. Sitka was our target, and it was a short 15 mile hop from where we overnighted. A small section of narrows needed navigating, and afterwards was the open waters of Sitka Sound.

Once in the Sound we had the option of motoring straight into Sitka, arriving in well less than two hours, or hoisting the sails and enjoying a beautiful sunny morning and the 9 knot breeze coming from the Pacific. Sure, sure, the wind was on our nose, but we were not in any rush. Sails up, and beating against the breeze, we weaved our way through the fleet of working fishing boats that filled Sitka Sound. It was a pleasure to have them as company during our sail, and the added excitement of avoiding something out in the water made for a fun sail. Eventually the wind would start playing tricks on us, and since we were so close anyway we motored the last few miles into harbor, but once again we did get to sail a bit in Alaska. We will take any time at sail we can. 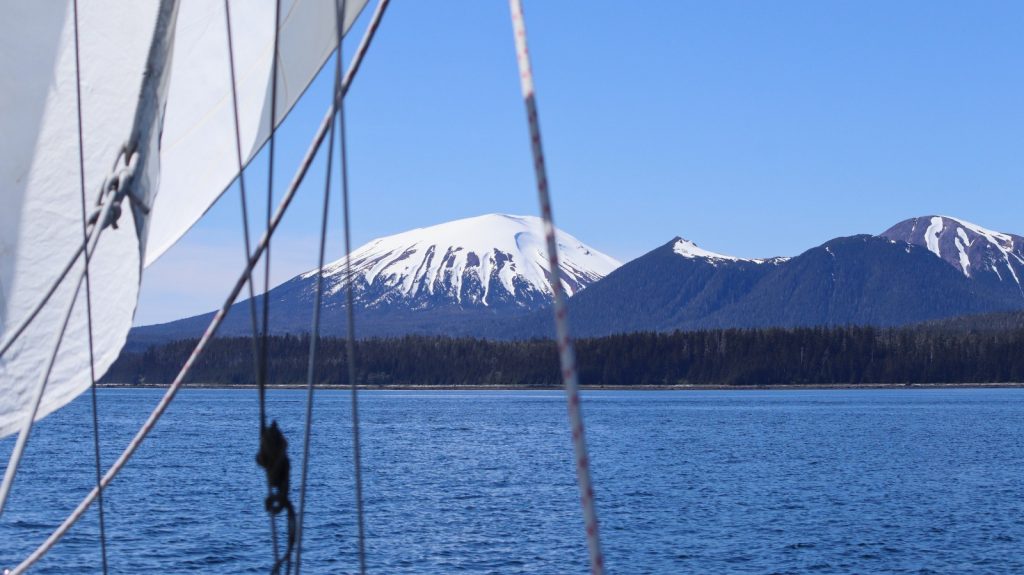 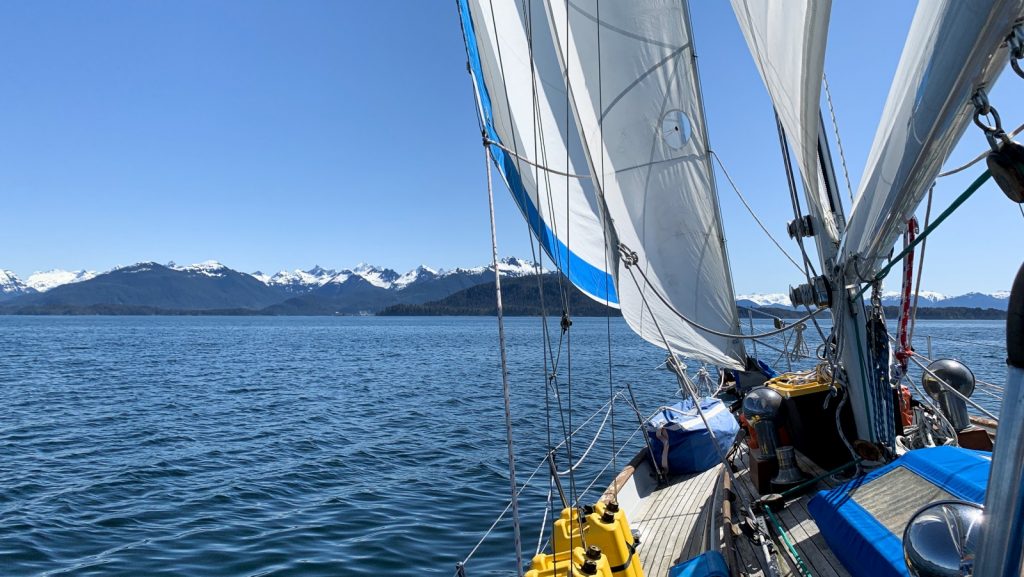 Arriving in Sitka I radioed in to the Harbormaster, got our slip assignment, and proceeded to park Meriwether with no drama worth consideration. We have long wanted to get to Sitka. We considered wintering in Sitka, but the harbormaster informed us of the difficulty in acquiring a slip in Sitka for us transient types. A waiting list spanning years was the advised route, so we opted for Hoonah and Juneau. Of course, as we talked with locals on the docks now, everyone agreed that if we had come out they would have had a slip for us. Not that we would have made it with our untimely engine issues forcing our hand in staying at Hoonah. 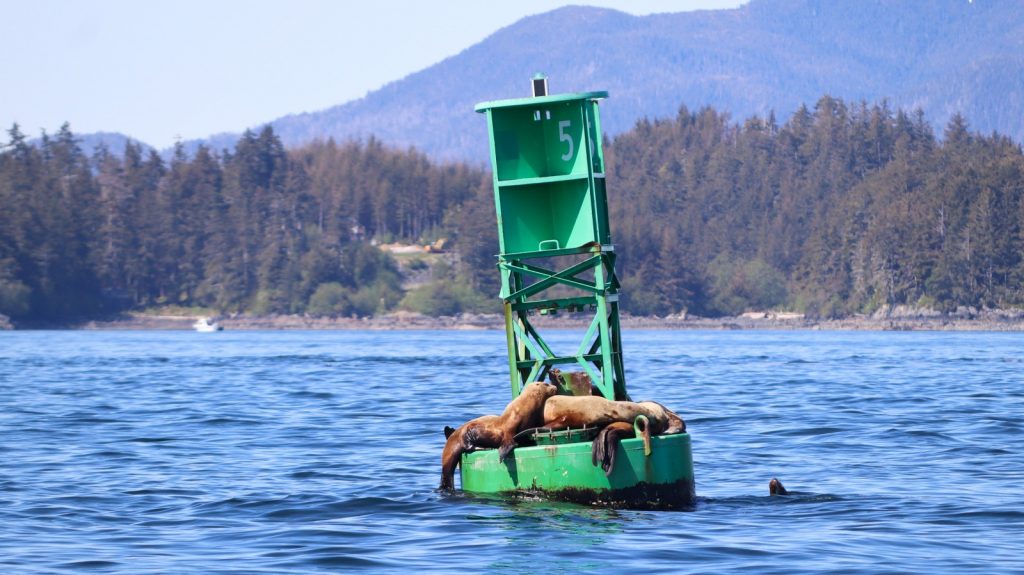 We spent three days in Sitka, not once eating dinner on the boat. As is customary when we arrive to a new city, we tend to sample as much of the local cuisine as possible. Also as customary, barely any photos were taken by us, but for a trip to the National Historic Park on our second day. We walked everywhere during our stay. Back and forth to town, what seemed like three times a day. It wasn’t a difficult walk – barely a mile – but my feet and ankles aren’t accustomed to long walks on pavement anymore. The pain-brothers arrived by the end of day-2, and didn’t leave for nearly a week after our departure. 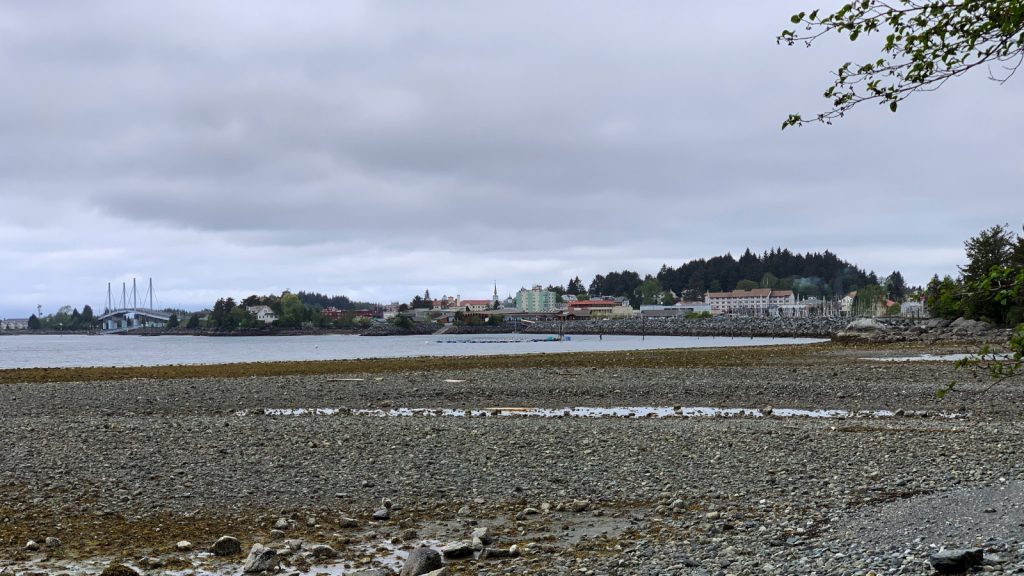 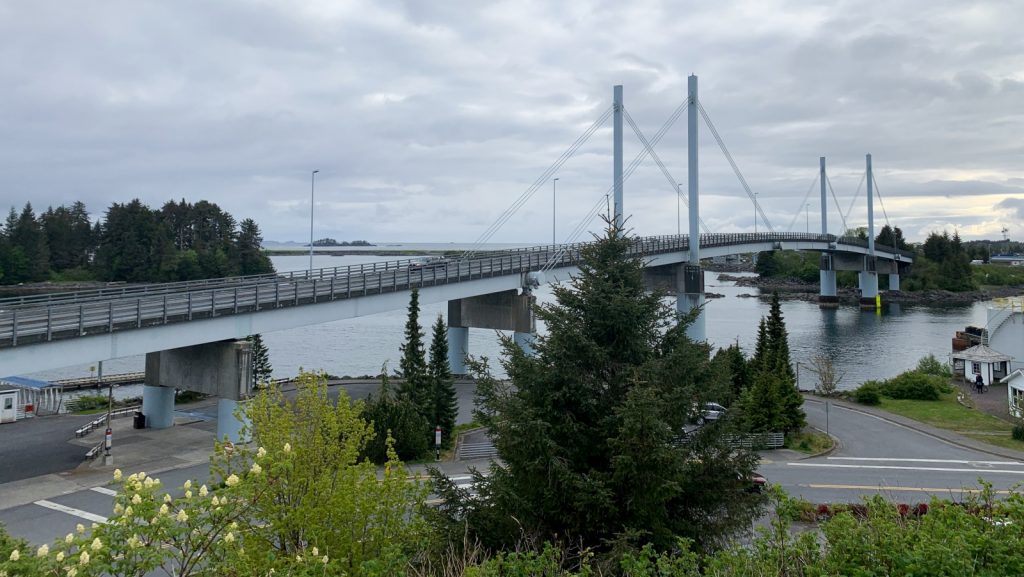 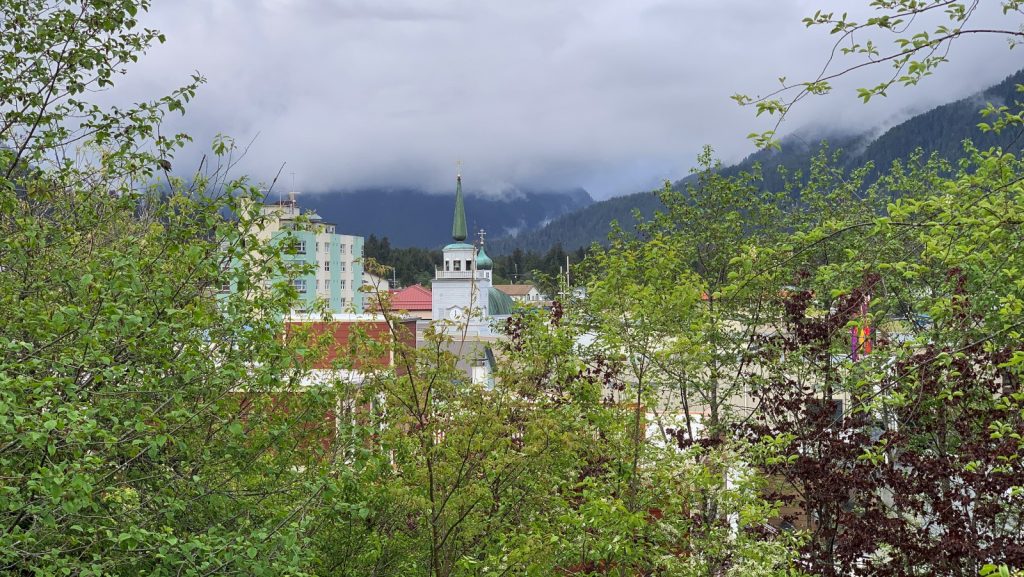 Sitka comes with a good grocery store, hardware store, marine supply store, laundromat, and even a cozy book store which we both used to stocked up on for the future months of offline entertainment needs. Three days of walking to each and carrying a load of items back to the boat, usually in backpacks (no wonder my feet hurt). Sitka was a well timed resupply, with a few weeks of sailing under our belt to remind us of the things we need to survive at sea on our own. We both liked the town, the shops, the people, and the marina. We both wished we would have been able to winter in Sitka, where the winter temperatures are much warmer than Hoonah and Juneau, and the stores we need were much closer to the marina. Bah… next time, maybe.