It wasn’t easy being towed in to what would become our winter destination. In fact, I was having a real rough time with the level of stress in my life – something I am not really accustomed to. I was seriously doubting this boat living thing. We had planned to make it to Juneau originally, but the time it takes to get parts shipped in to resolve our engine-issues meant we had to succumb to hold that Hoonah had on us. And once we got the Internet situation sorted out – so Kerri could work – things felt a whole lot less stressful. Hoonah would be our winter destination – or at least the first half of winter. 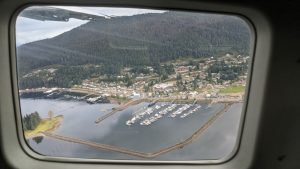 Hoonah from the window as I pass overhead

With that settled I started making plans to tackle other todos. One – a promise made before COVID started – to take my mother on a road trip to visit grandkids in California was long overdue. Some more time with my son in Colorado was a priority for me also. Within just a few days a flurry of airplane tickets where purchased, an RV was rented, and family was notified of our impending arrival. I would be flying to Juneau, then to Seattle, picking up an RV and my mother to drive to California to visit three of my brothers and as many of their kid as possible. Then, drive back to Washington to drop off my mother and fly to Colorado. There I dog-sat my own dog (who lives with my son now) while my son was out of town, and visit my son for a few days after he returned, and finally board three more flights to return to Hoonah via Seattle and Juneau again. All this was accomplished over a three-week time period. A vacation from the boat of sorts, which I must admit I needed. I love road trips with my mother, which we have done a few times in the past. Two weeks with her on the road was a lot of fun, and time well spent. The third week, with my son, was spent pretty much doing nothing – which I was in dire need of. Kerri stayed back on Meriwether to power through a work project while I do the family thing. I missed her dearly, which is a nice thing to feel one and a while. 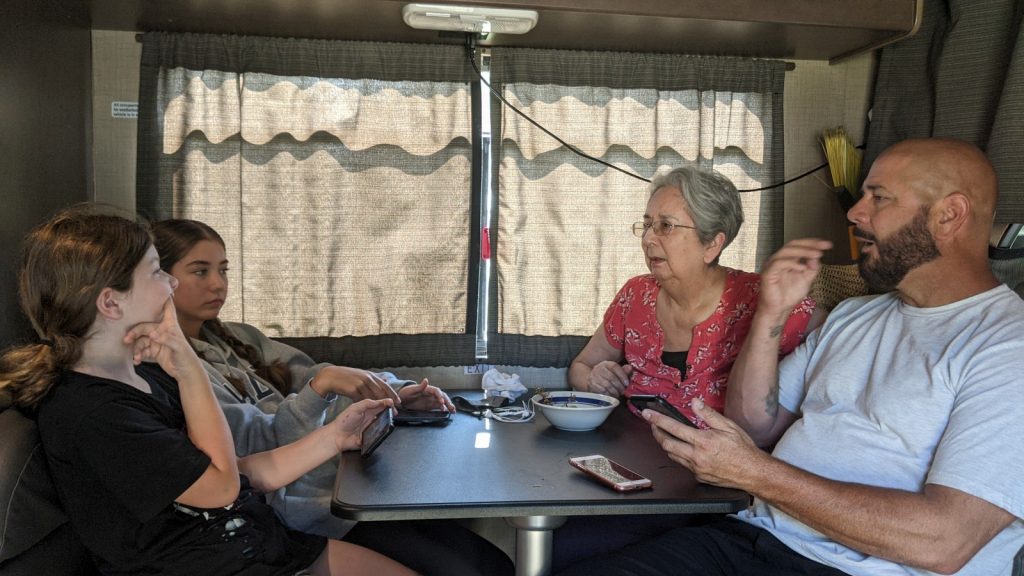 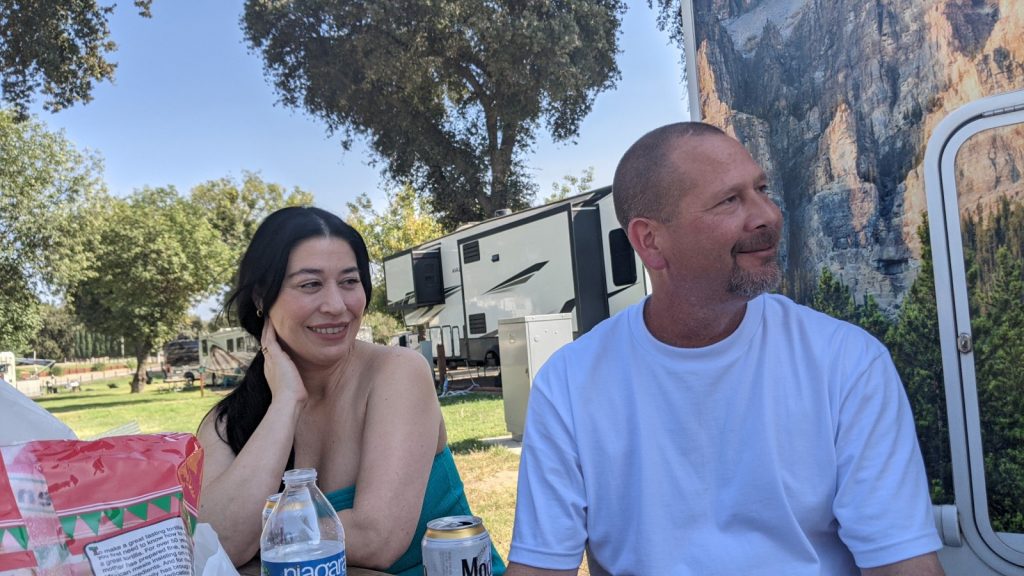 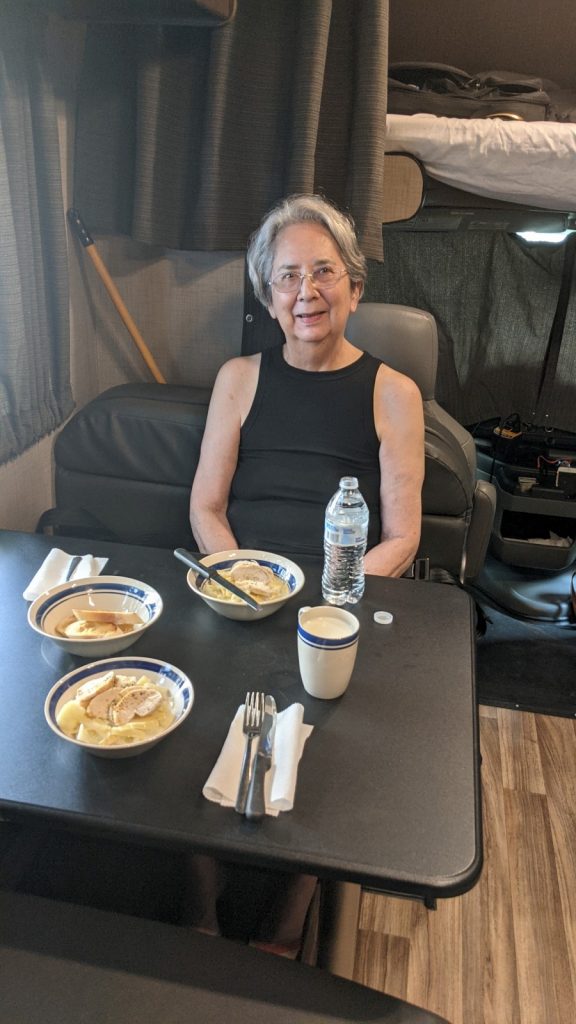 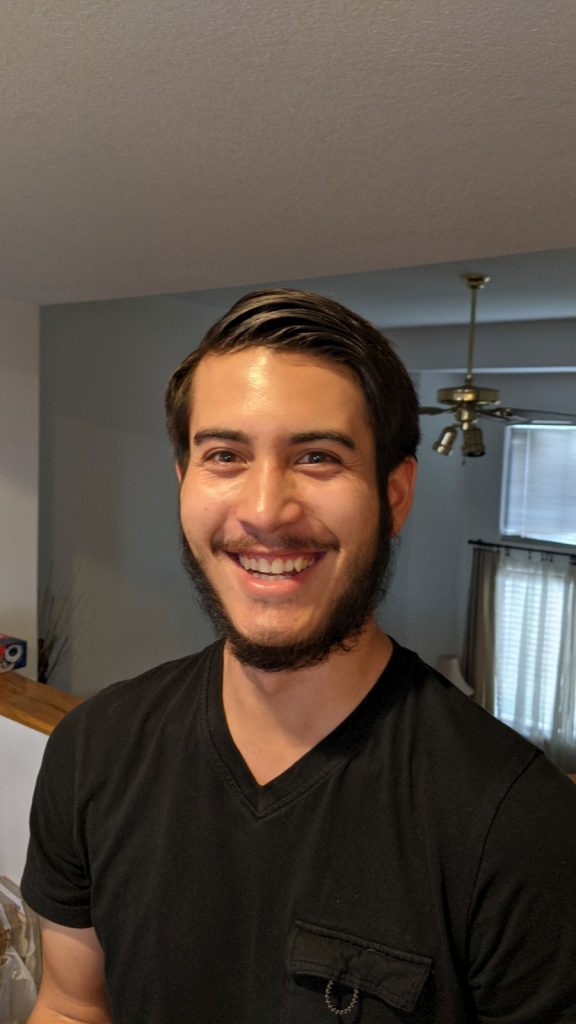 During the trip away from the boat I would come to realize that I *am* still excited about sailing and living on a boat. I am *not* excited about sailing and living on a boat in the Pacific North West, where the wind is too shifty, the sailing season is only half a year, and the waters are angry and can-kill-you-cold. PNW sailing is not what I signed up for and I will be happy to head to more sail-able waters at the end of next year. The plus side to the four years sailing in the PNW is that our sailing skills and knowledge will far exceed our daily life needs in the calmer and easier waters of our future.

Upon return, the first thing to accomplish was to get our engine up and running again. It didn’t take long to get the starter replaced (after a wrong part was sent first, of course), but the old diesel still didn’t start. The following day, after some research and overnight worrying, I pulled all the fuel injectors to purge water in the cylinders. This was something I did not know could happen, but our cold-start-issues wasn’t helped by a buildup of water in our exhaust which would then make it’s way back into the engine… causing even more cold-start issues. A vicious circle it was. Nevertheless, after a bit of purging and cleaning up, the old Perkin’s fired back up for the first time in over a month. It was good to get one issue resolved, but two others sprung up in the process – as usual. At least we are not rushed for time or trapped out at an anchorage.